Australian cricket great Andrew Symonds has died in a single-car crash at the age of 46, throwing the sport and the nation into mourning.

The retired all-rounder died at about 10.30pm on Saturday in Hervey Range, 50km west of Townsville in far north Queensland, when his vehicle left the road and rolled.

‘Emergency services attempted to revive the 46-year-old driver and sole occupant, however, he died of his injuries,’ Queensland Police said on Sunday morning.

The accident is under investigation. 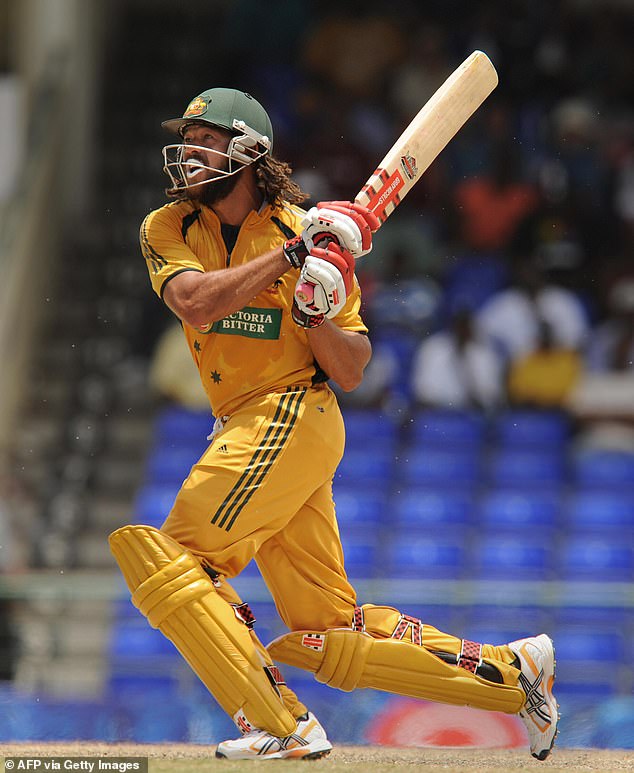 Australian cricket great Andrew Symonds has died in a single-car crash at the age of 46, just over a decade after his stellar career came to a close

Retired all-rounder Symonds (pictured at the memorial for his great mate Shane Warne) died about 10.30pm on Saturday in Hervey Range, 50km west of Townsville, when his vehicle left the road and rolled

Symonds’ family confirmed his death and thanked friends and fans for their sympathy and support.

His death shocked the sporting world just a few weeks after Shane Warne suffered a fatal heart attack while on holiday in Thailand in March.

In a shock twist of fate, Symonds’ last Instagram post was a tribute to his teammate on March 5, hours after Warne’s death.

‘Devastated, I’m hoping this is all a bad dream I just can’t get my head around never seeing you again. Love to all the Warne family I’m speechless,’ he said.

The close mates spent last New Year’s Eve together at The Esplanade Hotel is St Kilda, along with their teammate Michael Hussey. 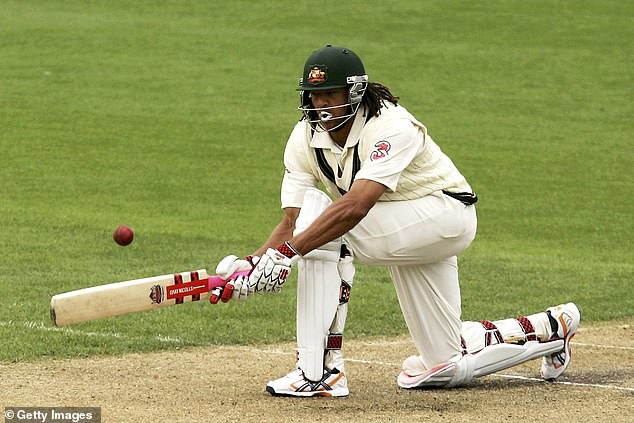 Former Australian captain Mark Taylor was one of a host of sports stars to pay tribute to the man known fondly as ‘Roy’.

‘I can’t quite believe it,’ he said. ‘Another tragic day for cricket.

‘Bad things do happen in threes, Rod Marsh earlier this year, not long after that obviously Shane Warne and now Simmo.

‘I took Symo out one day fishing here on Sydney Harbour with ‘The Cricket Show’ many years ago and just watching him flow a fly lure around boats was great to watch. He was entertainer with the bat when it came to cricket.’

‘Horrendous news to wake up to. Utterly devastated. We are all going to miss you mate,’ Gillespie tweeted.

Gilchrist simply wrote, ‘This really hurts,’ while Fleming added, ‘This is so devastating. Roy was So much fun to be around.’

Horrendous news to wake up to.
Utterly devastated. We are all gonna miss you mate.☹️ #RIPRoy

Allan Border, who led the national team in the 1980s and 90s, was also full of praise for the swashbuckling all-rounder.

‘People liked his very laid-back style,’ Border said. ‘He lived in Townsville. When I spoke to him, I think he still had a hundred head of cattle he used to muster.

‘Symo away from the cameras and away from the spotlight, loved, I think, a bit of solitude and that is why he loved his fishing. Loved his own time.’

Cricket commentator Isa Guha spoke for many when she wrote, ‘WTF is going on…’

Symonds was one of cricket’s most popular characters during his career, before he went on to work as a commentator for Fox Sports.

The star grew up in Queensland and created a legacy as one of the best all-rounders in some of Australia’s greatest teams, as well as being regarded as the best fielder in the world at the peak of his powers.

Clarke and Symonds were still mates when they posed with the World Cup trophy after Australia’s win in 2007. A year later, they’d fallen out – with Symonds now revealing he believes money and jealousy helped fuel their rift

Symonds posted this happy snap to Instagram in September 2020 with the caption, ‘Dad got the full treatment this morning was very nice thanks love you very much! Ah and I think it’s father’s day tomorrow too’

Born in Birmingham, England, he was adopted by English schoolteachers Ken and Barbara Symonds as a baby.

They emigrated to Australia when he was a toddler and the family lived in country Victoria before moving to far north Queensland and the Gold Coast.

Symonds’ British birth and his Afro-Caribbean background meant he could have played for England or the West Indies, but Australia was always going to be his first and only choice.

One of the world’s most aggressive players, he combined fast scoring through quick-fire boundaries with crafty off-break bowling that claimed 24 Test wickets.

Symonds was also one of the best fielders in cricket, with lightening reflexes and an accurate throwing arm leading to him taking the fifth equal most run-outs in ODI cricket of any fieldsman, with the fourth highest success rate.

Australian captain Ricky Ponting, who led the team for much of Symonds’ career, called him the best fielder he ever saw.

He sported distinctive brown dreadlocks for his entire career, as well as shielding his lips from the sun with glowing white zinc.

Symonds cemented his loose-cannon reputation in March 2008 when he flattened a streaker during the final of the ODI series against India at the Gabba.

‘It was frustration more than anything. I wasn’t trying to hurt him,’ Symonds said in the book ‘On Sport’, released by respected veteran sportswriter and Daily Mail Australia columnist Mike Colman.

But Symonds’ hard-charging, flamboyant, attacking style had a dark side that eventually derailed his career and led to his premature retirement.

Symonds (pictured left) was one of cricket’s most popular characters during the peak of his career, before he went on to work for Fox Sports

Brits in Spain furious after being BANNED from driving and will have to pay £1100 to take a...
- Advertisement -

During an interview with Howard Stern in 2016 (via People), John Stamos opened up about his struggles with alcohol...

The first confirmed case of monkeypox has been identified...
News

Most of the “made” women on Instagram who beat their chest and say they made it to the top with sugar daddies are saying...

You can rewind live video
News

After the Biden administration’s proposal of a dystopian “disinformation...
News

The world of Aincrad in Sword Art Online...
- Advertisement -