Female university student, 20, plunges to her death from accommodation block

Pinkerton: What the Tech Tycoon Space Race Means for the Rest of Us 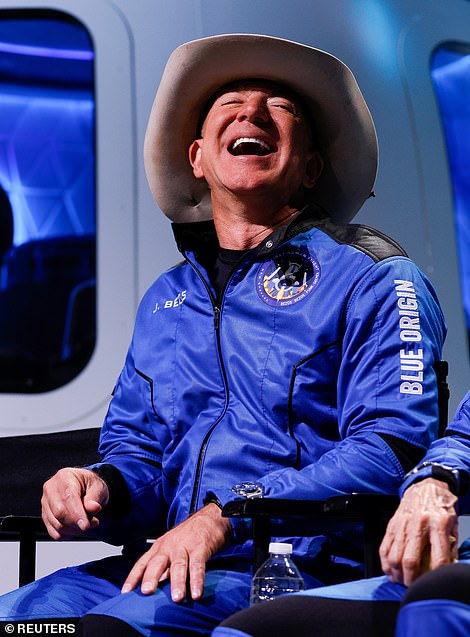 After returning from space on Tuesday on a flight that cost $5.5nillion, Jeff Bezos said at a press conference: ‘I want to thank every Amazon employee and every Amazon customer because you guys paid for all this’

Jeff Bezos has been slammed for his ‘tone-deaf’ victory lap thanking Amazon workers and customers for paying for his $5.5billion space dream while ignoring worker demands and not paying federal income tax.

The billionaire – worth a staggering $214billion – went to space on Tuesday with his brother Mark, astronaut Wally Funk, and Dutch teen Oliver Daemen whose private equity father paid an undisclosed but likely exorbitant amount for his seat.

His goal is to build a ‘road to space’ to move earth’s most damaging industries there and save the planet.

The comment was stinging for many who pointed out that Bezos is the richest man in the world but not the most philanthropic, and while he’s spent $5.5billion fulfilling his personal dream of going to space, he’s fought Amazon workers’ demands.

On Tuesday, Bezos announced a $100million award for ‘civility and courage’ that was to be used to better things on Earth by being donated to charity.

He gave it to CNN contributor Van Jones, who runs a prison reform non-profit organization and works on racial justice, and gave another to celebrity chef Jose Andres whose charity World Central Kitchen  fights hunger.

The Teamsters Union, which tried to unionize Amazon workers but failed earlier this year, was among those to criticize Bezos for not listening to workers.

Others asked why he was giving away $200million in philanthropic rewards instead of increasing Amazon workers’ pay, which starts at $15 an hour, twice the federal minimum wage, a fact Bezos says proves he does listen to them.

‘If Jeff Bezos really wants to listen to Amazon workers, he should listen to their demands rather than perpetuating a highly exploitative business model.’

Bernie Sanders and AOC were among those who slammed him for the comment on Tuesday.

‘Am I supposed to be impressed that a billionaire went to space while he’s paid zero in federal income taxes some years and the workers at his company struggle to afford their medical bills, rent, and food for their kids?’ the Vermont senator tweeted. 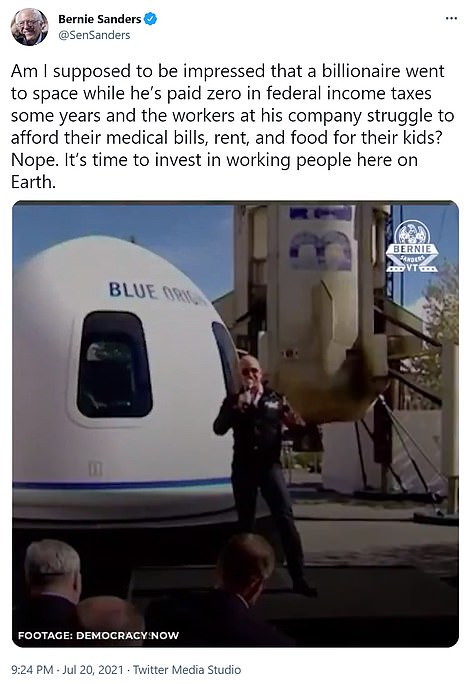 Fellow Democratic Sen. Elizabeth Warren of Massachusetts also took aim at Bezos over his lack of tax payments, retweeting a post quoting the billionaire’s comments during the press conference.

‘Jeff Bezos forgot to thank all the hardworking Americans who actually paid taxes to keep this country running while he and Amazon paid nothing,’ she tweeted.

In a follow-up tweet, Warren urged Americans to sign her three-step plan to change the nation’s tax laws. 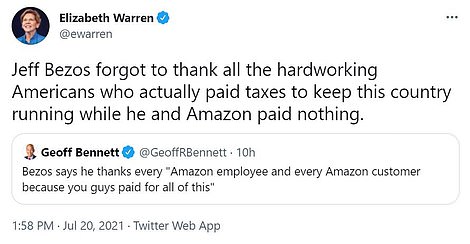 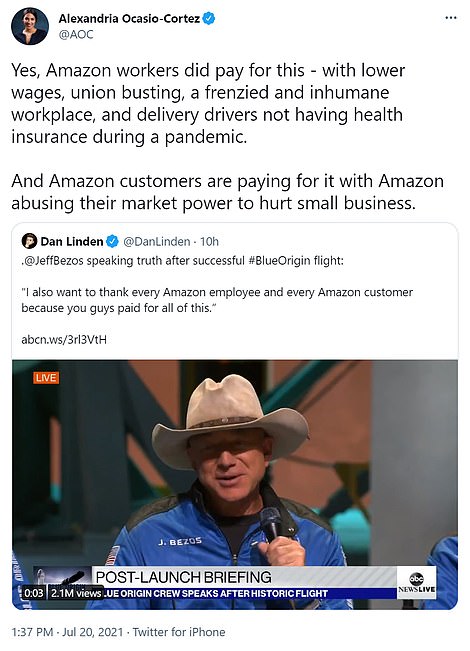 Last month, a ProPublica report revealed that Bezos paid nothing in federal income taxes in 2007 and 2011.

Confidential tax documents filed with the Internal Revenue Service, seen by the publication, showed the world’s richest man avoided paying a dime those years by citing losing more than he earned.

Instead, he reportedly claimed and received a $4,000 tax credit for children.

This credit is supposed to be for families that earn less than $100,000.

While Sanders and Warren singled out Bezos’ taxes in their criticism, AOC took aim at the billionaire’s treatment of staff.

The congresswoman said Amazon workers had paid for the trip through poor working conditions while customers through the retail giant’s ‘market power.’

‘Yes, Amazon workers did pay for this. With lower wages, union busting, a frenzied and inhumane workplace, and delivery drivers not having health insurance during a pandemic,’ she tweeted.

‘And Amazon customers are paying for it with Amazon abusing their market power to hurt small business.’ 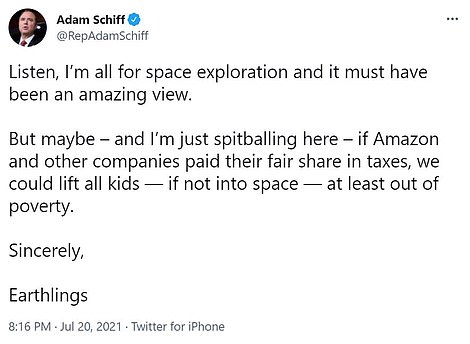 Rep. Katherine Clark of Massachusetts tweeted: ‘It doesn’t take a rocket scientist to know it’s time for billionaires to pay their fair share.’

Rep. Adam Schiff of California called for companies to focus on lifting kids ‘out of poverty’ by paying fair wages as a priority ahead of space exploration.

‘Listen, I’m all for space exploration and it must have been an amazing view,’ he tweeted.

‘But maybe – and I’m just spitballing here – if Amazon and other companies paid their fair share in taxes, we could lift all kids — if not into space — at least out of poverty. Sincerely, Earthlings.’

AOC has taken aim at Bezos and Amazon in the past over its taxes, working conditions and its plans to launch headquarters in New York.

While much of the nation went into lockdown and people switched to working from home, warehouse workers in Amazon’s fulfillment centers were classed as essential workers and continued working on the frontline throughout the pandemic.

Staff staged walkouts amid concerns that they were not being offered enough protection from the virus.

In October, Amazon revealed more than 19,000 of its frontline workers had tested positive or been presumed positive for the virus in the US. 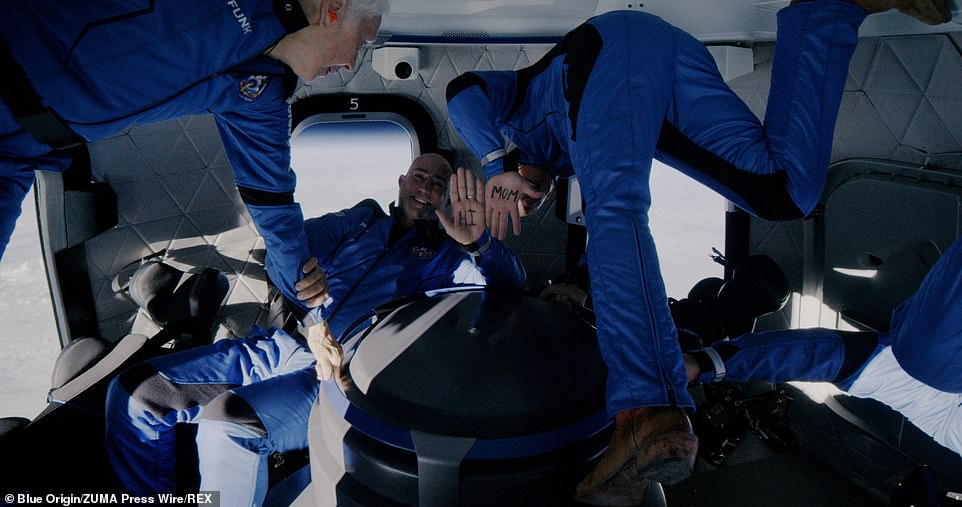 In Staten Island, warehouse worker Christian Smalls organized a walkout and was fired by the company – claiming he ‘violated a paid quarantine’. 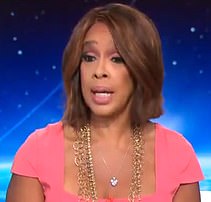 CBS This Morning anchor Gayle King defended Jeff Bezos on Wednesday after the Amazon billionaire gave her a tour of his space capsule.

She was discussing her interview with Bezos and the criticism of how much money he’s spent on the space race when she said: ‘There’s been a lot of talk about the money spent…I love people trying to tell him how to spend his own money.’

She then brought up the $200million Bezos gave to Van Jones and chef Jose Andres to fund their charities.

Jones is a CNN contributor but runs Dreams Corp, a prison reform organization.

While many lauded Bezos for giving the money to charity, others said he should have instead increased Amazon workers’ pay.

Some also pointed out that while it was a generous gift, his ex-wife MacKenzie has already given far more away in wealth in the two years since she and Jeff split and he started dating Lauren Sanchez.

Senators questioned Amazon about the incident and New York City announced a probe.

In November, Smalls filed a class-action lawsuit against the tech giant, alleging thousands of minority line workers were put at risk of contracting COVID-19 while working on the frontline of the pandemic.

The following month, AOC ripped into Amazon calling its jobs a ‘scam’ after a Bloomberg report found more than 9,000 employees across nine states lived off food stamps.

The company has denied claims of poor working conditions at its facilities.

AOC was also among the biggest critics of the firm when Amazon announced it would launch it would choose between Washington DC and New York City for its new HQ.

The Democrat objected to the tax incentives the company was seeking to set up in Queens.

Amazon pulled out of the plans in February 2019 following the backlash, before announcing that December that it would open offices in New York City for its consumer and advertising teams – despite no tax incentives.

‘Big things start small, but you can tell when you’re onto something, and this is important.’

The Amazon boss told NBC he had ‘no words’ to describe how ‘amazing’ the trip was as he said it reinforced his commitment to tackling climate change.

‘We have to build a road to space so that our kids and their kids can build a future,’ Bezos said.

‘We live on this beautiful planet. You can’t imagine how thin the atmosphere is when you see it from space.’

The New Shepard rocket soared from remote Texas on the 52nd anniversary of the Apollo 11 moon landing – the date chosen by Bezos specifically for its historical significance.

He kept the date even after Virgin Galactic’s Richard Branson moved up his own flight, which meant beating Bezos into space by nine days. 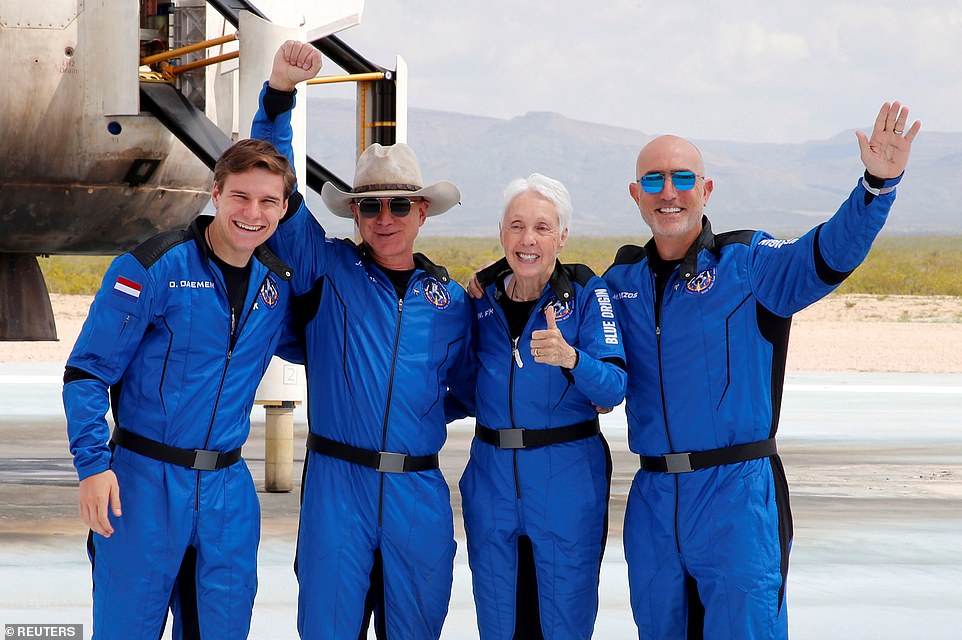 Oliver Daemen, 18, Bezos, Wally Funk, 82, and Mark Bezos at the landing pad after they flew on Blue Origin’s inaugural flight 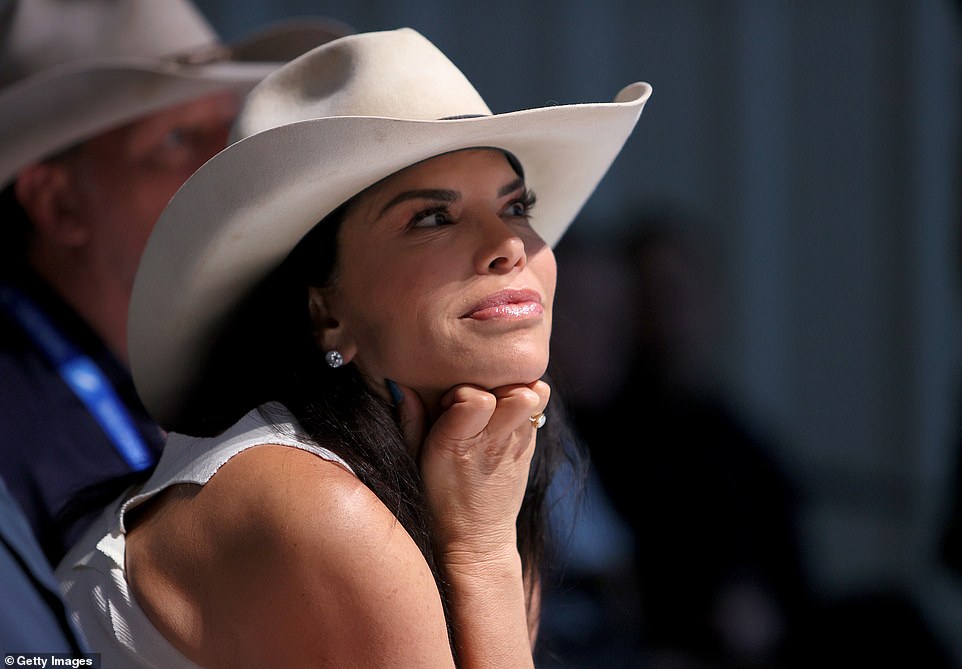 Jeff Bezos’ girlfriend Lauren Sanchez flashed an enormous diamond ring on her engagement finger on Tuesday. She was wearing a $17,500 Rolex 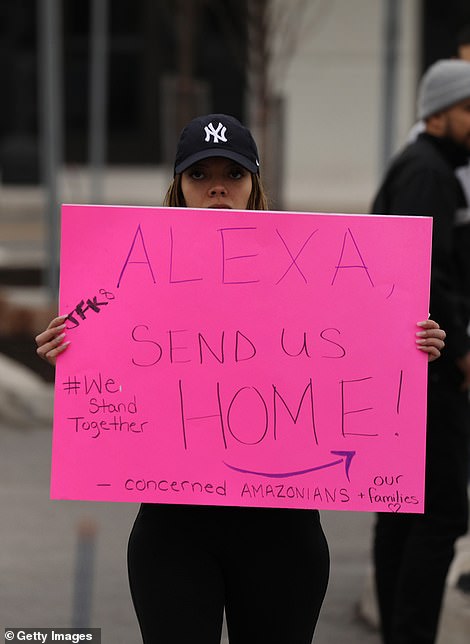 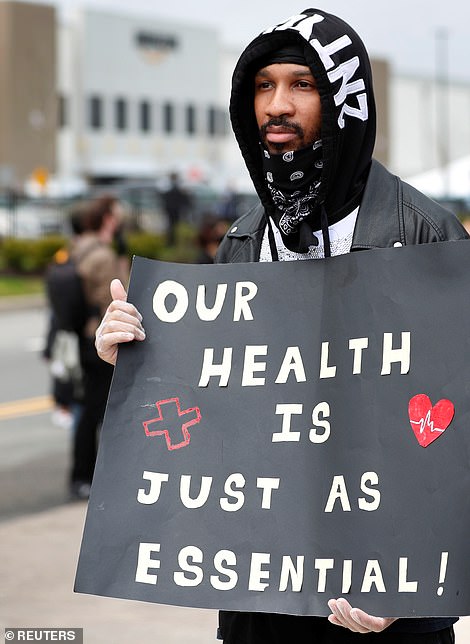 Unlike Branson’s piloted rocket plane, Bezos’ capsule was automated and required no official staff on board for the up-and-down flight.

Blue Origin reached an altitude of about 66 miles, which was more than 10 miles higher than Branson’s July 11 ride.

The 60-foot booster accelerated to Mach 3 or three times the speed of sound to get the capsule high enough, before separating and landing upright.

The passengers had several minutes of weightlessness to float around the spacious white capsule before returning back to Earth.

Joining Bezos on board was his brother Mark Bezos, Funk and Daemen.

Bezos’ girlfriend Lauren Sanchez was among those in the audience to hear him speak after the mission. She flashed an enormous diamond ring on her engagement finger on Tuesday, the second time she’s been seen wearing it, sparking speculation the pair are engaged.

The first booking photos of Derek Chauvin, the disgraced Minneapolis police officer sentenced to more than 22 years in...
News