Leaders who met for their final day at the G7 in Cornwall issued a final communique where they called on China to respect ‘fundamental freedoms’ and called for a ‘science-based’ probe of the origins of the coronavirus.

The text of the communique included a detailed passage on China, after haggling between member nations over how far to push Beijing.

‘We will promote our values, including by calling on China to respect human rights and fundamental freedoms, especially in relation to Xinjiang and those rights, freedoms and high degree of autonomy for Hong Kong enshrined in the Sino-British Joint Declaration and the Basic Law,’ according to the communique.

The agreement also called for a ‘timely, transparent, expert-led, and science-based WHO-convened Phase 2 COVID-19 Origins study’ of the origins of the coronavirus in China, in reference to the World Health Organization.

Said an administration official: ‘Three years ago, China wasn’t even mentioned in the G7 communique. This year there is a section on China that speaks to the importance of coordinating on and responding to China’s non-market economic practices and the need to speak out against human rights abuses, including in Xinjiang and Hong Kong.’

According to a draft seen by Reuters, the document also says: ‘We remain seriously concerned about the situation in the East and South China Seas and strongly oppose any unilateral attempts to change the status quo and increase tensions.’

Another section deals with forced labor practices, as well as supply chain issues.

The language came after it was not yet clear on Saturday that it would mention China by name.

Leaders attending the summit have made contending with China’s economic ambitions and countering its human rights practices a prime focus, even as they seek to unify the richest democracies against climate change and stamping out the coronavirus.

But tactical splits within the coalition have caused aides to keep working on final text of the communique, with late doubts about how far it will go.

‘I would say there was unanimity in terms of a willingness to call out human rights abuses and violations of fundamental freedoms that invoke our shared values,’ said a senior administration official.

President Joe Biden and his team have been pushing for a strong statement on human rights in China at the G7 summit. It was not certain Sunday that a final communique would mention China by name, although a senior official said there was ‘unanimity in terms of a willingness to call out human rights abuses and violations of fundamental freedoms’

Even if it isn’t named directly, Beijing isn’t waiting to push back.

‘The days when global decisions were dictated by a small group of countries are long gone,’ a spokesman for the Chinese embassy in London told Reuters.

‘We always believe that countries, big or small, strong or weak, poor or rich, are equals, and that world affairs should be handled through consultation by all countries,’ the spokesman added.

The G7 leaders also have agreed to coordinate their efforts to keep supply chains online amid semiconductor shortages and other challenges.

‘There was commitment to take action in response to what we’re seeing,’ said the official, who spoke on the condition of anonymity during a press call.

I heard from everyone that what binds us together as a G7 partnership, more than anything else, are the shared values of democracies. And that, because of that partnership, you know, it’s our obligation to call out human rights abuses and other — other violations of fundamental freedoms that calls us into — that really invoke our shared values.

The administration’s hope for a strong statement has met resistance from some European allies, with Germany and Italy showing more hesitancy about a direct statement.

The White House is pushing for strong language that would call out China for forced labor, child labor, and treatment of Muslim Uyguher’s in Xinjiang Province.

These included ‘working together to respond to China’s non-market economic practices that are harmful and distorted to the global economy.’ Western nations have long chafed at China’s child labor and other practices. The leaders are also ‘willing to speak out on human rights abuses, including in Xinjiang’ – a reference to the treatment of Uyghurs and other minorities.

The State Department has labeled their treatment ‘genocide.’

‘Genocide and crimes against humanity occurred during the year against the predominantly Muslim Uyghurs and other ethnic and religious minority groups in Xinjiang,’ according to an agency 2020 report on human rights practices in China.

The nations have also agreed on ‘taking action’ when it relates to supply chains, ‘including from Xinjiang..

Reuters reported that through the structure of the World Trade Organization, China would be designated as a ‘non-market economy’ in a way that would set up a process to determine if Chinese exports are being sold at unfair prices – which could allow for retaliatory duties.

President Biden poked his head out in front of the press Wednesday to talk about the FDA’s approval of the Pfizer COVID-19 vaccine for children ages 5 to 11. San Francisco, which already has vaccination mandates in place for those 12 and over, is estimating it will be about eight weeks after the vaccine becomes…

Pennsylvania Democrat Senate candidate John Fetterman has some things in common with President Biden, and one of those is that he doesnât do many sit-down interviews. One recent Fetterman interview showed exactly why that is after NBC reporter Dasha Burns pointed out that Fetterman had a hard time communicating and understanding what he was hearing…

Deal hunters listen up, Amazon Prime Day is has finally landed – a two-day shopping bonanza with big-ticket items being dropped considerably. The online giant is slashing the prices of everything from Amazon devices and laptops to TVs and tech, as well as the much sought-after Apple products and even fashion. Follow live: Read our… 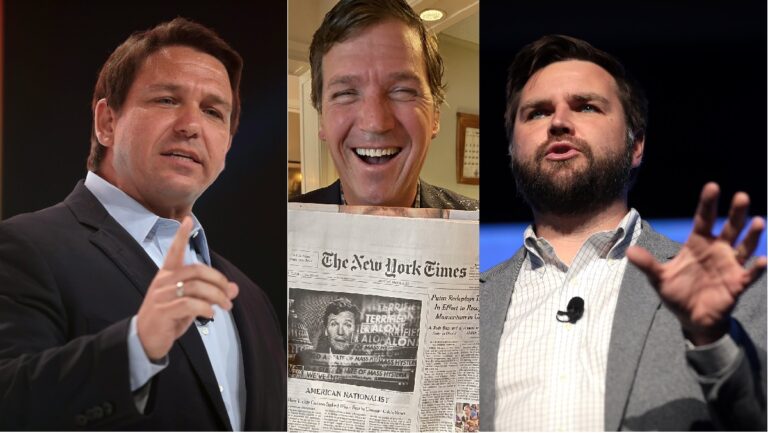 “What is conservative?” columnist Bret Stephens asked in Tuesday’s New York Times. “It is,” he posits, “above all, the conviction that abrupt and profound changes to established laws and common expectations are utterly destructive to respect for the law and the institutions established to uphold it — especially when those changes are instigated from above,…

Love Island couple Camilla Thurlow and Jamie Jewitt have hinted that they have secretly married in a secret wedding ceremony after months of planning.  Photos on pal Jake Quickenden’s Instagram account on Thursday showed Camilla, 32, in a stunning white dress and vail while her new husband beamed in a three piece suit.  The brunette looked beautiful…