President Joe Biden spoke to Ukrainian President Volodymyr Zelensky on Wednesday to tell him the United States was sending another $800 million in weapons to help him fight off Vladimir Putin’s forces.

‘I just spoke with President Zelenskyy and shared with him that my Administration is authorizing an additional $800 million in weapons, ammunition, and other security assistance to Ukraine,’ Biden said in a statement on the call.

The new round of assistance comes as Russia is beefing up forces for a new assault on Ukraine’s eastern Donbas region as it focuses its military might on that area of the country after failing to capture Kyiv.

The new package of defensive measures includes ‘highly effective weapons systems’ that are ‘tailored to the wider assault we expect Russia to launch in eastern Ukraine,’ Biden said.

It will include artillery systems, artillery rounds, armored personnel carriers, and additional helicopters.

‘The steady supply of weapons the United States and its Allies and partners have provided to Ukraine has been critical in sustaining its fight against the Russian invasion. It has helped ensure that Putin failed in his initial war aims to conquer and control Ukraine. We cannot rest now. As I assured President Zelenskyy, the American people will continue to stand with the brave Ukrainian people in their fight for freedom,’ Biden said. 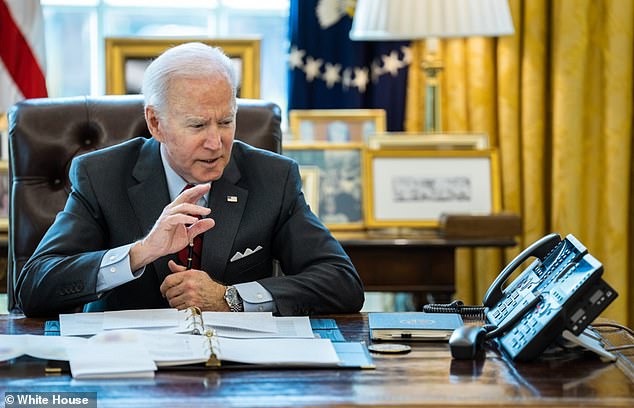 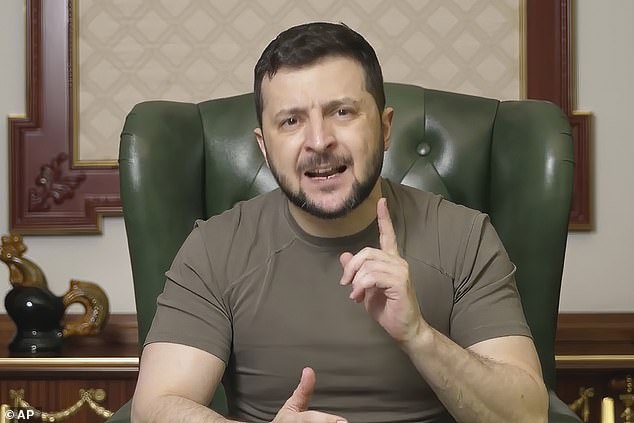 Zelensky said the two men also talked about Russian war crimes in the Ukraine and enhanced financial sanctions on Russia in addition to the additional defensive aid.

What’s in the $800 million package to Ukraine

11 Mi-17 helicopters originally earmarked for the U.S.-backed Afghan security forces, prior to the fall of Kabul

Biden on Wednesday formally extended U.S. economic sanctions on Russia for another year but no new ones have yet been announced.

The U.S. transfer of equipment will include Mi-17 helicopters, howitzer cannons, coastal defense drones and protective suits to safeguard personnel in the event of a chemical, biological or nuclear attack.

But it won’t include any U.S. boots on the ground, the administration reiterated.

‘There will be no U.S. pilots flying the helicopters into Ukraine,’ said Pentagon spokesman John Kirby on Wednesday.

He said the helicopters will likely be shipped to the region and trucked in.

The United States has provided more than $2.4 billion in security assistance to Ukraine since President Biden took office last year, including $1.7 billion since Russia launched its invasion Feb. 24.

As of Tuesday, the Pentagon was close to finishing its delivery of the last items in an $800 million security assistance package approved by Biden in March.

Those items include Switchblade drones that can be armed with explosives and flown into targets, Stinger antiaircraft missiles, and anti-armor weapons including Javelin missiles.

‘These items are not sitting around very long,’ a senior defense official said in a briefing with reporters. ‘Once they get into the transshipment sites, they are palletized and put on trucks, those trucks are picked up by Ukrainian armed forces and taken into Ukraine.’

Meanwhile, President Biden on Tuesday slammed Putin for his actions in the Ukraine, saying for the first time the Russians had committed ‘genocide.’

‘Your family budget, your ability to fill up your tank – none of it should hinge on whether a dictator declares war and commits genocide a half a world away,’ Biden said during a speech in Iowa on combatting high inflation, which he blamed on Putin’s invasion of the Ukraine.

On April 4, shortly after pictures of atrocities appeared in Bucha, Ukraine, Biden refused to call it a genocide, instead using the term ‘war crimes’ and saying Putin should be put on trial.

But he told reporters on Tuesday that ‘yes,’ he intentionally used the word ‘genocide’ in his remarks.

‘It’s become clearer and clearer that Putin is trying to wipe out the idea of being Ukrainian,’ he said. ‘The evidence is mounting. It looks different than last week. More evidence is coming out literally of the horrible things that the Russians have done in Ukraine.’

‘We’re gonna only learn more and more about the devastation and we’ll let the lawyers decide internationally whether or not it qualifies but it sure seems that way to me,’ he added.

‘True words of a true leader @potus. Calling things by their names is essential to stand up to evil. We are grateful for US assistance provided so far and we urgently need more heavy weapons to prevent further Russian atrocities,’ he tweeted. 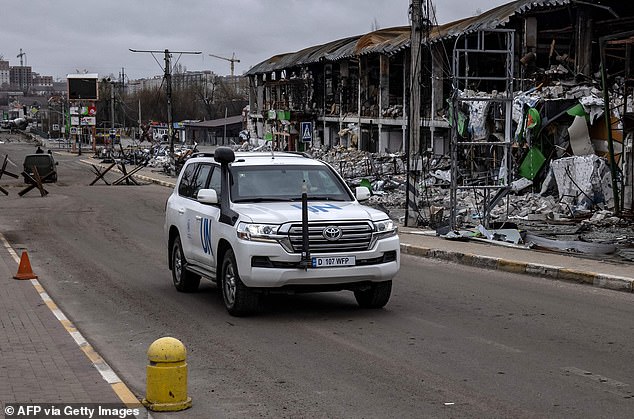 A UN car rides in Bucha, on the outskirts of Kyiv, amid Russia’s military invasion launched on Ukraine 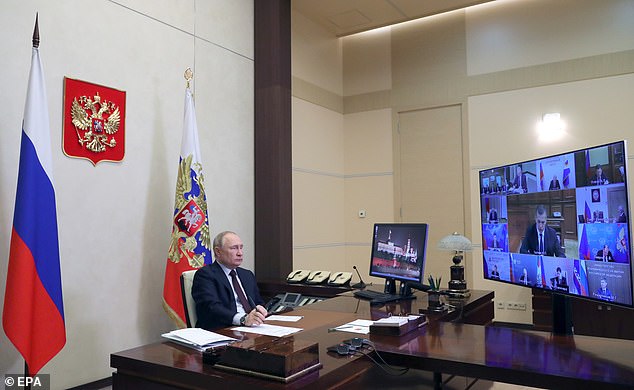 Zelensky praised Biden after he stood by his remarks, writing on Twitter that he was ‘grateful’ for US aid

Putin on Tuesday claimed the images and footage of dead bodies strewn across the Ukrainian town of Bucha were fake.

He also insisted that his faltering invasion of Ukraine would prevail and warned of world starvation as a result of Western sanctions against Moscow.

The Russian President additionally claimed Russia’s economy and financial system withstood the blow from what he called the Western sanctions ‘blitz’ and insisted the move would backfire by driving up prices for essentials such as fertiliser, leading to food shortages and increased migration to the West.

William Friend, the husband of “One Tree Hill” star Bevin Prince, is dead after being struck by lightning on...

Digimon has been around since the 1990s, but for many people, it's always been a sort of second-best franchise...

President Buhari has reacted to the terrorist attack on the Kuje correctional center.   Terrorists stormed the...
- Advertisement -

Politicians and the press have long been lying to the American public about the 2020 election by asserting that...

Niger: the west’s bulwark against jihadis and Russian influence in Africa

Standing in a landscape of sand and scrub that rolls to the horizon, General Mahamadou Abou Tarka dabs sweat...

An American undertaker is facing...
News