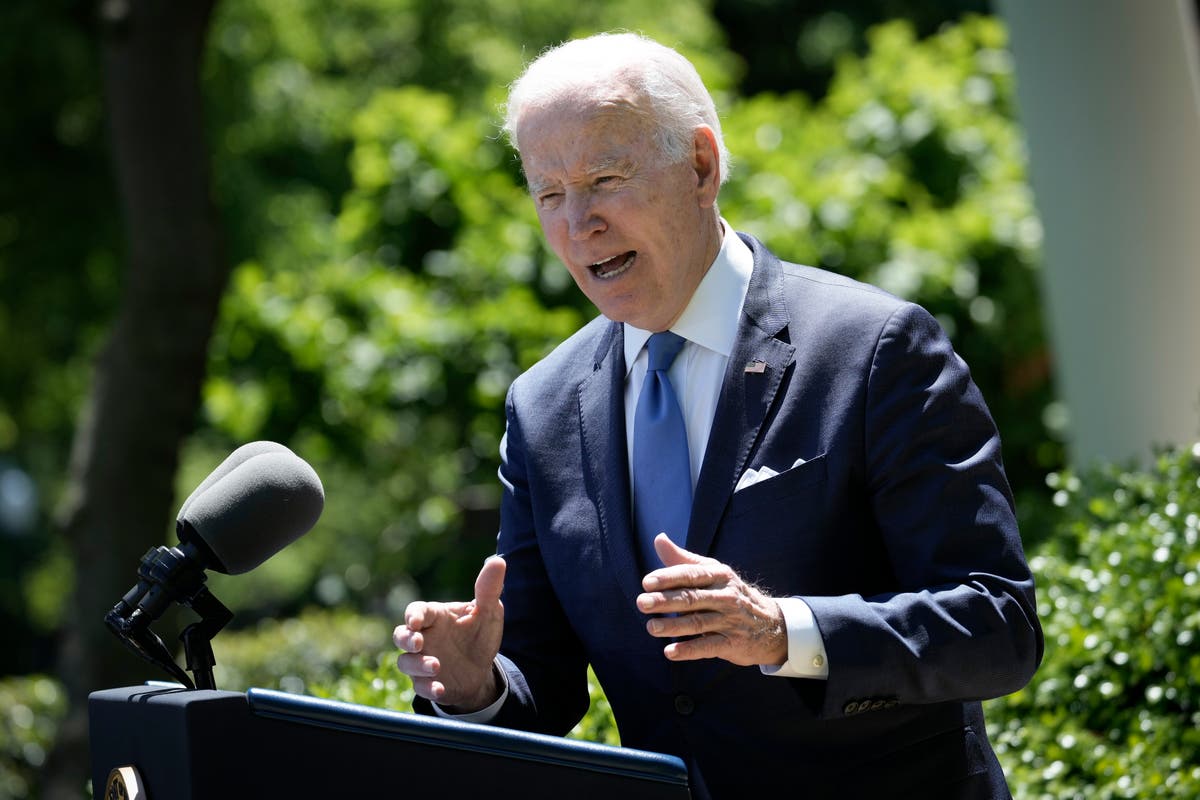 Joe Biden said he was worried that Vladimir Putin does not have a way out of the Ukraine invasion and he was thinking of ways to respond to this dilemma.

The US president, however, called his Russian counterpart a “very calculating man” at a political fundraiser in Washington on Monday.

Mr Biden pointed out that Mr Putin “doesn’t have a way out right now, and I’m trying to figure out what we do about that”.

Mr Putin had mistakenly believed that the conflict started in Ukraine would lead to dismantling the Nato alliance and breaking up the European Union, Mr Biden said.

But the US and several European nations have backed Ukraine in the war which has killed thousands and displaced more than 5.5 million in a span of 75 days.

“While President Putin and the Russian people celebrated Victory Day today, we’re seeing Russian forces commit war crimes and atrocities in Ukraine, as they engage in a brutal war that is causing so much suffering and needless destruction,” Ms Psaki said on Monday.

Russia has referred to the Ukraine invasion as a “special military operation” from the start.

The US Congress is prepping to add financing worth billions of dollars into the ongoing conflict to assist Ukraine with military and humanitarian aid.

Just hours before he made the comments, Mr Biden signed into law, a “lend-lease” programme that dates back to the Second World War to help Ukraine.

The programme focuses on boosting the transfer of military equipment to Kyiv and eastern European countries more quickly.

Even though the legislation is said to be mostly symbolic, it comes as Mr Biden requested Congress to approve $33bn urgently to prevent any interruption in military supplies being sent to Ukrainian forces as a crucial deadline for the same is said to end in 10 days.

Mr Biden also termed the aid “critical to Ukraine’s success on the battlefield”.

He added that “Putin’s war” was “once more bringing wanton destruction of Europe” before signing the bill which received overwhelming bipartisan support.

Pushing for the package to be cleared “quickly”, the president said: “We cannot allow our shipments of assistance to stop while we await further Congressional action.”

House speaker Nancy Pelosi said the senators will be able to clear the package “as quickly as possible”.

The Independent has a proud history of campaigning for the rights of the most vulnerable, and we first ran our Refugees Welcome campaign during the war in Syria in 2015. Now, as we renew our campaign and launch this petition in the wake of the unfolding Ukrainian crisis, we are calling on the government to go further and faster to ensure help is delivered. To find out more about our Refugees Welcome campaign, click here. To sign the petition click here. If you would like to donate then please click here for our GoFundMe page.

The mother of the 18-year-old who shot and killed 21 innocent people in Texas on Tuesday has insisted that...

Follow us on Telegram for the latest updates: Here's some good news for Snoopy fans. From May 27 till...

The Spanish government has donated 4.4 million doses of the Johnson & Johnson vaccine to the Federal...
- Advertisement -

26 May 2022I have always dreamed of having my book in a book shop window. When I first moved...

The mother of the 18-year-old who shot and killed...
World News

The answer is… no, not really.If you are a...
News

Why Neither Politicians Nor Clergy Can Hide From Abortion Any Longer

Sony announces that a series based on the popular...
News

MOSCOW, Russia: The Russian central bank has implemented a...
- Advertisement -