Maya Jama and Clara Amfo have been announced as the Backstage Show hosts for this year’s BRIT Awards.

The presenter, 26, and DJ, 36, are teaming up to present all the backstage drama on ITV2 and ITV Hub when the awards ceremony kicks off at 7pm on May 11. 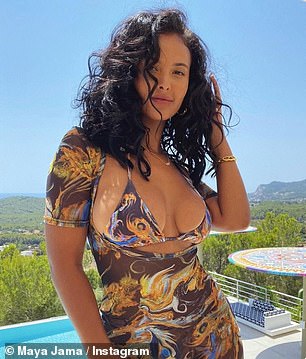 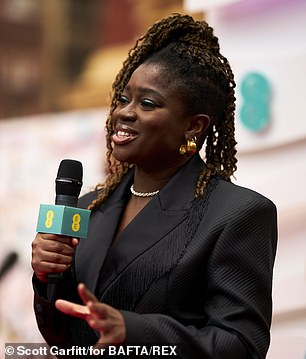 One to watch: Maya Jama (left) and Clara Amfo have been announced as the Backstage Show hosts for this year’s BRIT Awards, which kicks off at 7pm on May 11

Style a fringed suit like Clara in Rotate Birger Christensen

Clara Amfo made an entrance as she arrived on the red carpet at the 2021 British Academy Film Awards.

Clara’s suit is from Copenhagen based label Rotate Birger Christensen. Interestingly, Clara’s blazer is actually sold as a blazer dress, but we love how she paired hers with trousers for a more spring-appropriate style!

Fringe is aways fun and this season it’s bang on trend. So, you’re sure to turn heads in this statement look.

Want to try it out for yourself? Click to the right to get your blazer at NET-A-PORTER. If, like us, you’re loving fringe right now, make sure to check out our edit full of fringed lookalikes!

The ceremony will be hosted by Jack Whitehall for the fourth year running, and said of his gig: ‘I am very excited, it’ll be a significant moment.

‘Back in a room with music and songs. We’re putting on a show with key workers in the audience, people who most deserve a night to let their hair down.

‘It will be very special – we will have heroes in the room.’

Revealing how he plans to psych himself up for the show, he joked: ‘Yes it’s back on the Hollywood diet for me in the run up to The BRITs, having let myself go during lockdown..’ 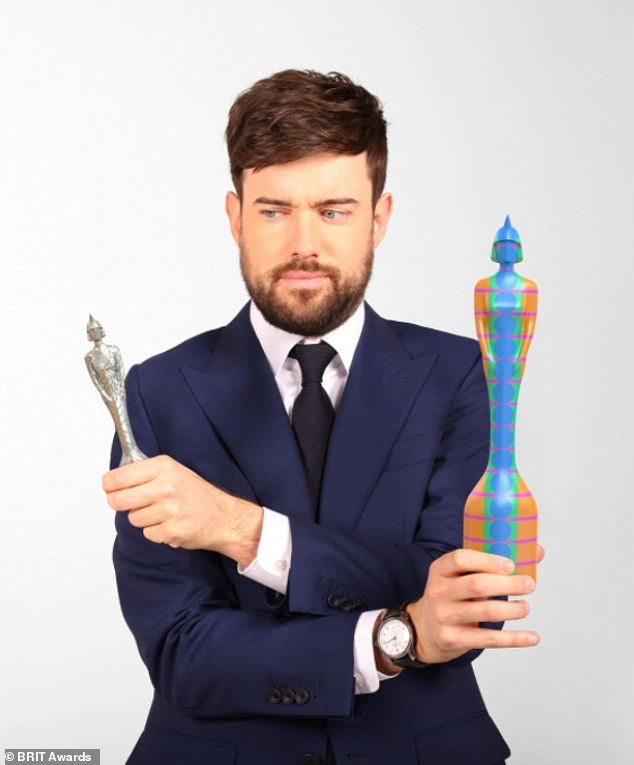 Looking forward to it: The ceremony will be hosted by Jack Whitehall for the fourth year running, and said of his gig. ‘I am very excited, it’ll be a significant moment’

Referencing Orlando Bloom’s Sunday Times interview last month – after which he was publicly mocked for explaining he was a Buddhist and a routine-loving Capricorn into regular meditation and chanting – Jack added: ‘I’m going full Bloom – in preparation of being back on stage.

‘It’ll have to be brain oil and new oats, whatever it is you need to get that Hollywood physique…There will be training sessions and Peloton rides to be camera ready.’

The host also posed with this year’s BRIT gongs – a ‘double trophy’ that winners can share with someone important to them. 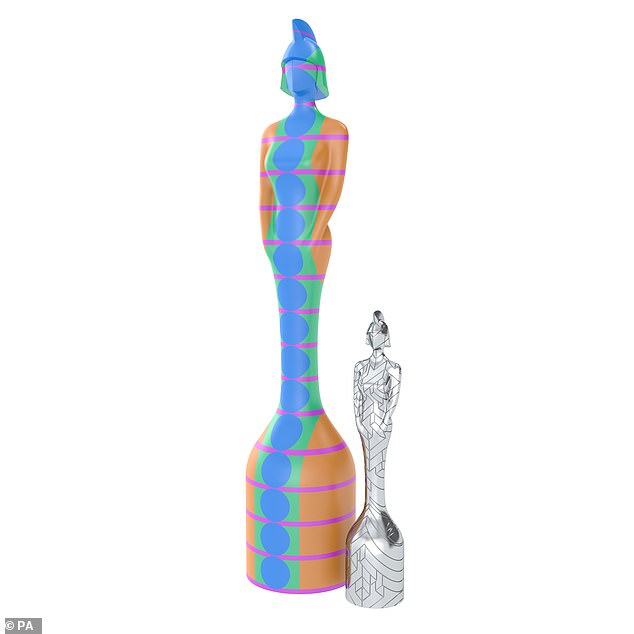 ‘Act of kindness’: Winners at this year’s BRIT Awards will be presented with a ‘double trophy’ they can share with someone important to them

Artists Es Devlin and Yinka Ilori designed a trophy that comes in two parts for the ceremony – where artists including Dua Lipa, Celeste and Arlo Parks have been nominated.

Award recipients will be given the ‘double trophy’ and ‘encouraged to award the second smaller trophy on to someone else’ who could be ‘entirely unrelated to music’, according to a statement from the organisers of the ceremony.

The design features one larger, multicoloured trophy, as well as a smaller metallic version. 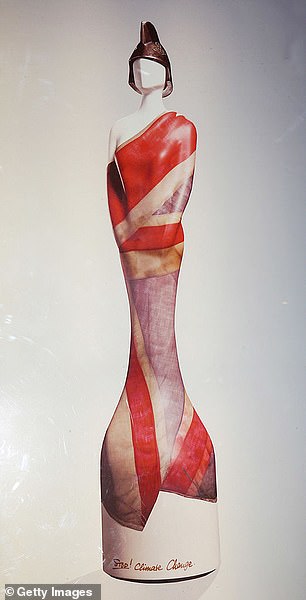 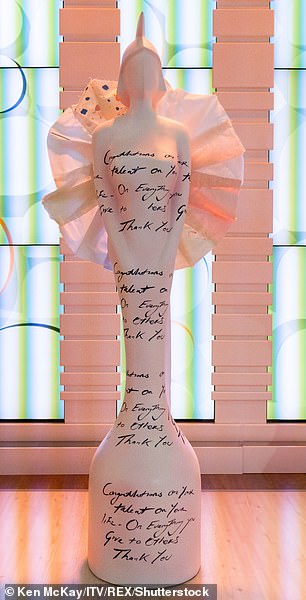 The Brit Awards will take place on May 11 at the O2 Arena in London, and will feature an audience of 4,000 people as part of the Government’s live events pilot scheme.

It will be the first major indoor music event to welcome back a live audience – with 2,500 tickets gifted by the recorded music industry to frontline heroes and their guests via a ballot (which has now closed).

Dua Lipa, Griff, Arlo Parks and Headie One are among the artists scheduled to perform during the ceremony, which will be hosted by Jack Whitehall.

Earlier this month, The BRITs announced the winner of this year’s Rising Star supported by BBC Radio 1 award as Griff.

He joins an illustrious list of artist alumni such as Adele, Florence + The Machine, Sam Smith, Ellie Goulding and Celeste who were all identified through this award (previously known as Critics’ Choice) as the future stars of British music. 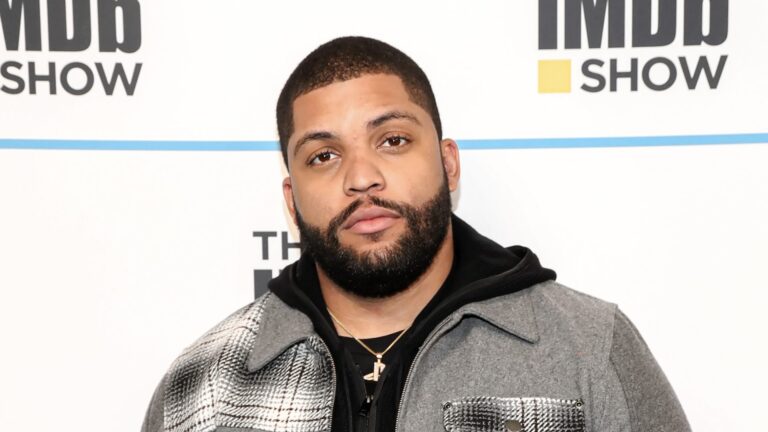 Ice Cube‘s son, O’Shea Jackson Jr., is stepping in to comment on the “nepo baby” conversation. For the uninitiated, a nepo baby—aka nepotism baby—is a slightly derogatory label that describes people who followed in the footsteps of their celebrity parents. The name suggests that the stars’ more-famous parents had a major role in catapulting them… 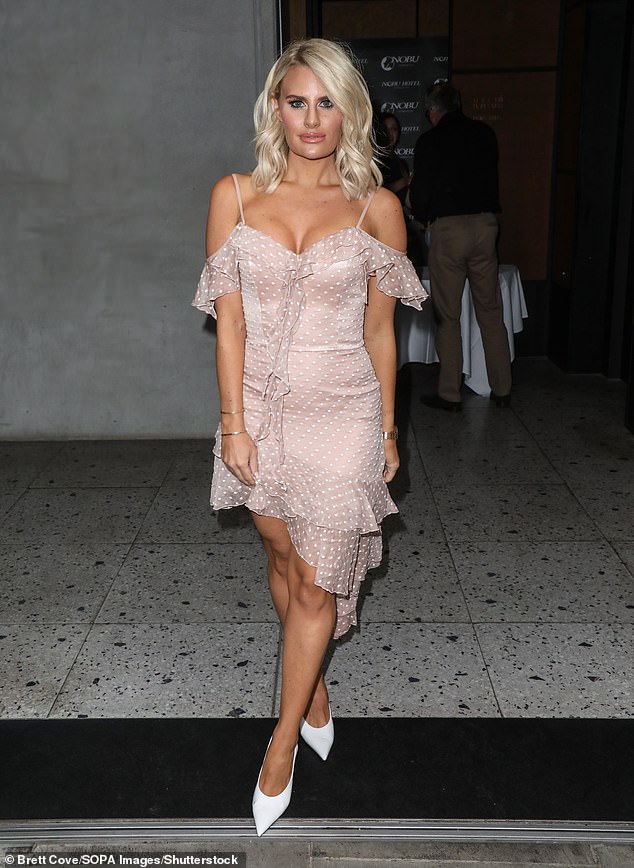 Danielle Armstrong has revealed she was devastated when she was told she might struggle to conceive after being diagnosed with endometriosis. The former TOWIE star was diagnosed with the condition in December 2018 and recalled her devastation when she learned it could make having children difficult. Speaking to Fabulous magazine, Danielle, 33, said: ‘I remember… 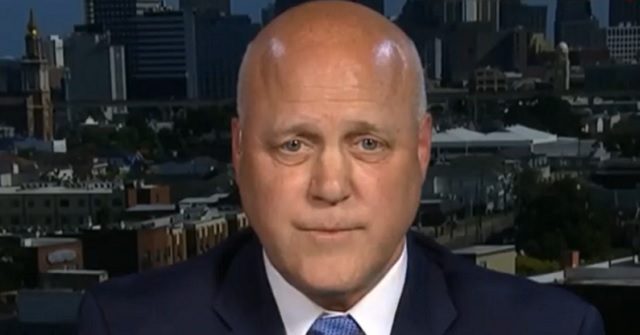 On Friday’s “CNN Newsroom,” White House senior adviser and Infrastructure Implementation Coordinator Mitch Landrieu argued on gun control there “was no middle ground between life and death when somebody is standing over a kid with an AK-47, there is no middle ground.” Landrieu stated, “The president is going to use his bully pulpit. He actually called on…

Get ready because On My Block season 4 is coming, and it’s coming soon! On Oct. 4, we’ll have to say goodbye to the core four, and it’s not going to be easy. But, the hit Netflix original has had its fair run, and it’s time for it to come to a close. So what time…

During my absence from writing for the last few months, I have attempted to determine how the left gets away with saying things that are so wildly inaccurate that a simple google search can prove them to be lying trash, yet they face no consequences.  Lately, with the Biden Economy proving to be exactly what…