She never fails to turn heads when she steps out in her stylish ensembles.

And Tallia Storm looked sensational when she worked her angles for the cameras at the BRIT Awards red carpet on Tuesday night.

The Scottish singer, 22, sizzled at the event as she daringly went topless underneath a plunging black blazer. 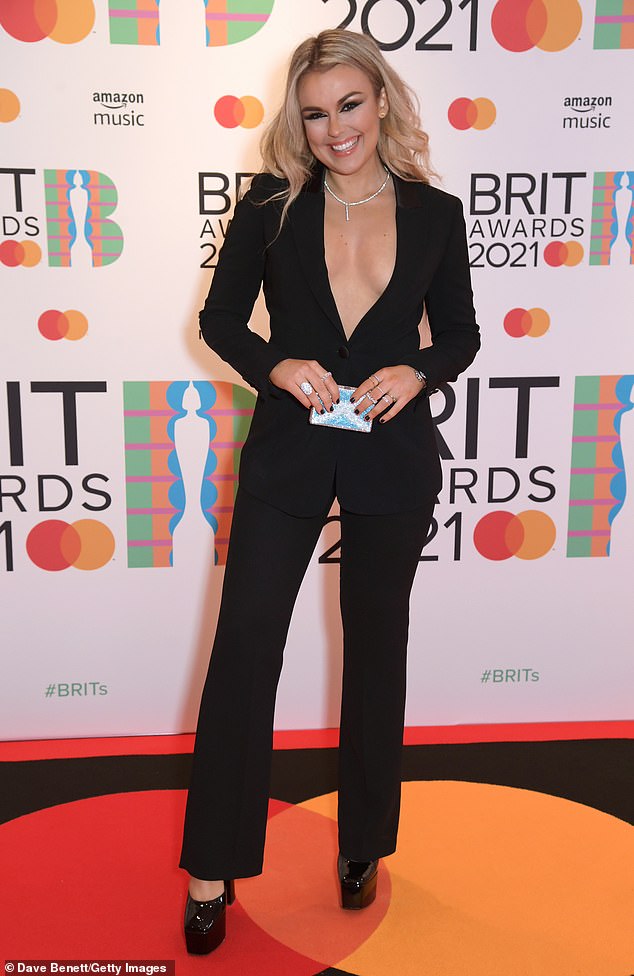 Racy: Tallia Storm looked sensational when she worked her angles for the cameras at the BRIT Awards red carpet on Tuesday night

Tallia decorated her bare decolletage with a chic string of diamonds that hung around her neck.

The blonde bombshell paired the racy jacket with a pair of matching black tailored trousers and some PVC platform heels.

She went full glam for the A-list occasion and sported a stunning smokey eye makeup look.

Donning lashings of eyeliner and shimmering highlighter under her brow bone, Tallia looked flawless as she posed before entering the event. 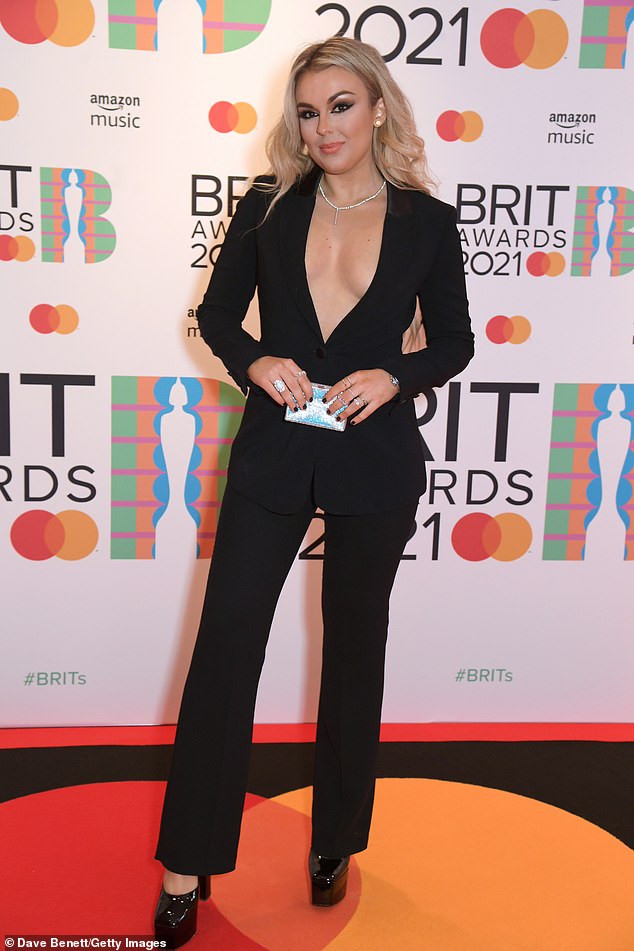 Chic: She decorated her bare decolletage with a chic string of diamonds that hung around her neck and paired the racy jacket with a pair of matching black tailored trousers

In an explosion of colour and optimism, the 2021 Brit Awards celebrated the achievements of British and international artists over the last 18 months.

This year’s Rising Star award winner Griff was handed the baton for the honour by 2020’s Rising Star winner Celeste, who herself was up for three further awards this year.

And Arlo Parks was crowned Breakthrough Artist, one of the three awards she was nominated for, after what has been an incredible year for the young London artist.

She also made her debut BRITs performance with an elegant rendition of ‘Hope’ and decorated the set as a sunflower field in a nod to the name of her debut album.

The most nominated girl band in Brit Award history, Little Mix finally bagged the title of British Group, having been up for the award three previous times. 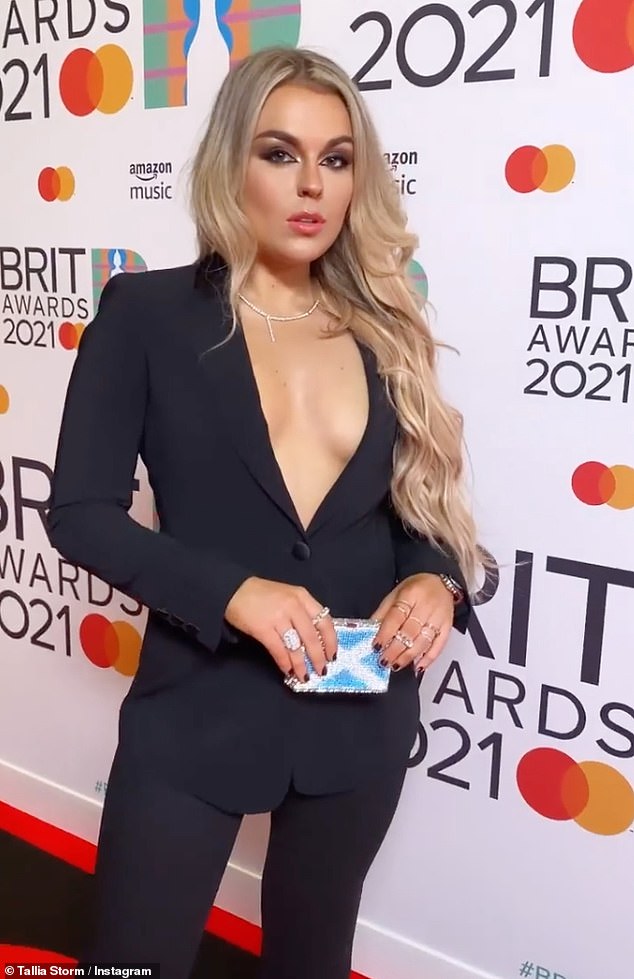 Flawless: She went full glam for the A-list occasion and sported a stunning smokey eye makeup look with lashings of eyeliner and shimmering highlighter under her brow bone

Meanwhile, the International Group category followed a similar suit, with the California’s girl band HAIM in attendance to accept their award.

The Blinding Lights hitmaker treated the audience to an unforgettable performance of his US No. 1 single ‘Save Your Tears’, pre-recorded from the US.

On home ground, Dem Boy Paigon hitmaker JHUS scooped the Male Solo Artist award, which was accepted on his behalf by DJ Semtex in his absence.

The first female artist to win the highest BRITs accolade and the UK’s biggest selling artist of the year to date, Taylor Swift appeared in person to accept the special Global Icon award, which was presented by Game of Thrones actress Maisie Williams.

Each winner was presented with the Brit’s first ever collaborative double-trophy, designed by Es Devlin OBE and Yinka Ilori MBE, with each recipient encouraged to re-gift the smaller trophy to someone else.

The ceremony, hosted by Jack Whitehall and broadcasted on ITV, was a celebration of the return to live music.

The event took place in front of a live audience of 4,000 people at London’s The O2 six days before the next phase of lockdown lifts.

Of the small audience, 2,500 attendees were made up of key workers and their guests whose tickets were donated by the BRITs via a ballot.

Working closely with the Government to adhere to safety guidelines, The BRITs, as the first live music show at The O2 in over a year, played an important role in paving the way for the return of live music at scale as the UK emerges from the past year’s restrictions.

Audience members were not required to be socially distanced or wear face coverings in the arena, but were required to follow existing Government guidance when travelling to the venue and adhere to rules set out by the event organisers.

Attendees had to show proof of a negative lateral flow test result to enter the venue, and as part of the wider scientific research on the trial events, all attendees were asked to take a test post-event to gather further evidence on the safety of indoor settings, reduced social distancing and the removal of non-pharmaceutical interventions like face coverings.

They also were asked to provide contact details for NHS Test and Trace to ensure everyone can be traced in the event of an audience member receiving a positive test after the event.

Mauricio Pochettino has admitted he did not think it would be possible to sign Lionel Messi but is expecting the Argentine to produce his best form after settling quickly at Paris Saint-Germain. Messi made his first appearance for PSG before the international break and is set to make his Champions League debut for the Ligue… 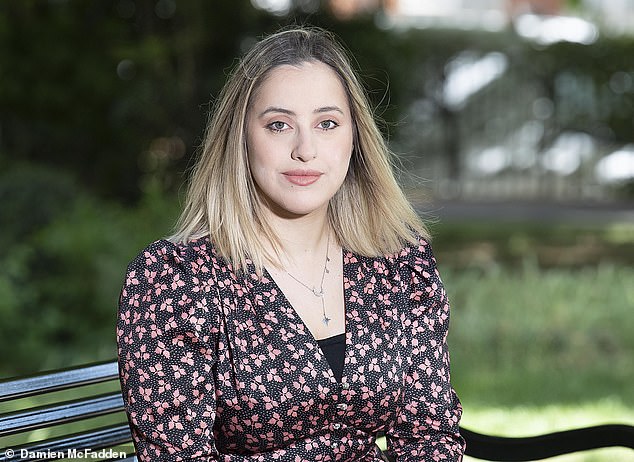 After months of unexplained low energy and aching joints, Veronica Tamimi told her mother something that would strike fear into the heart of any parent: ‘I just don’t want to be here any more.’ Veronica, 24, from South London, was at the end of her tether. Her skin had become so dry and cracked, it would… 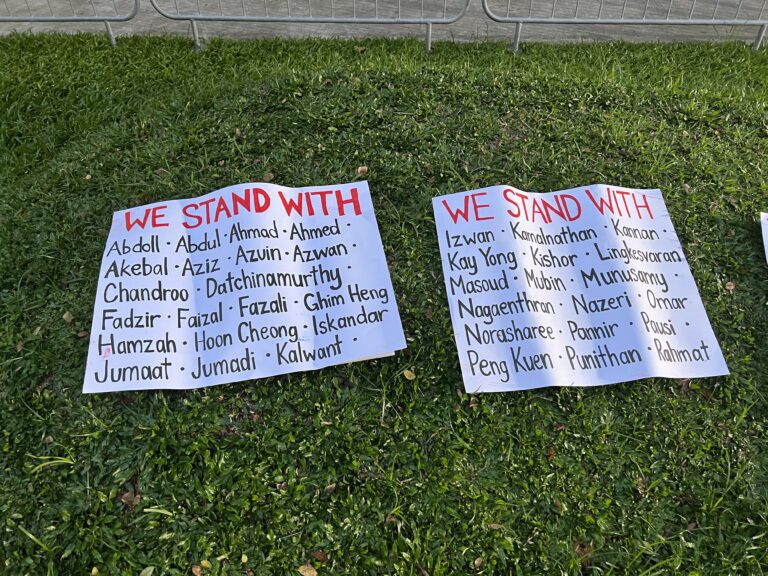 Follow us on Telegram for the latest updates: https://t.me/mothershipsg A candlelight vigil was held at Hong Lim Park on Apr. 25 for Malaysian drug traffickers Nagaenthran K. Dharmalingam and Datchinamurthy Kataiah, who are both scheduled to be hanged on Apr. 27 and Apr. 29, respectively. Despite the rain in the evening, about 300 to 400…

Red Nicks is a YouTube gamer from the United States. Red Nicks is also available on various social media sites, including Instagram, Twitch, and Twitter. He rose to prominence as a result of his Call of Duty montages and highlights. He also took over as the team’s lead director for Call of Duty eSports. Table… 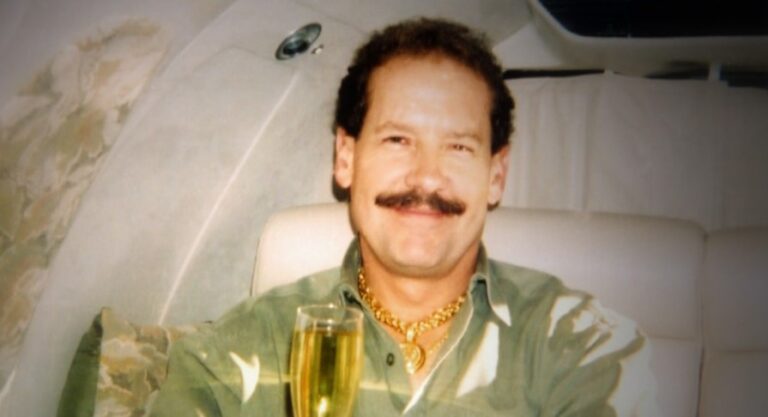 In February 2002, the discovery of Larry McNabney’s remains in a vineyard in San Joaquin County, California, brought an end to the missing person investigation. But that marked the beginning of the hunt for his wife, who happened to kill him. ABC News’ ‘20/20: Hell in Heels’ chronicles the explosive story of how Larry ended…