By Milly Veitch For Mailonline

Zara McDermott looked like a Hollywood movie star on Tuesday night at the BRIT Awards.

The reality star, 25, looked sensational in a floor-length black gown, from designer Chanel Joan Elkayam, that clung to her incredible figure.

The dress boasted a low-cut neckline that accentuated her ample cleavage and a long train for added glamour. 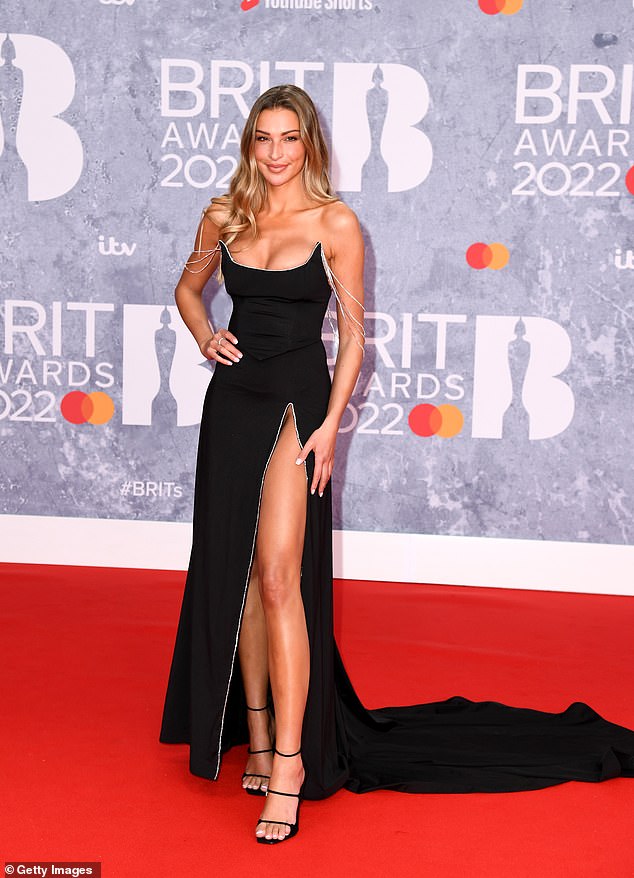 Stunning: Zara McDermott looked like a Hollywood movie star on at the BRIT Awards Tuesday night in a dress from designer Chanel Joan Elkayam

Her gown also featured a daringly high slit that showed off her long tanned legs underneath and strappy black heels.

Meanwhile the diamond chains on the arms and on the hem of the dress gave an added touch of sparkle to the stunning outfit.

She wore her caramel coloured locks is loose waves that cascaded down her back, and finished her look with a soft palette of makeup. 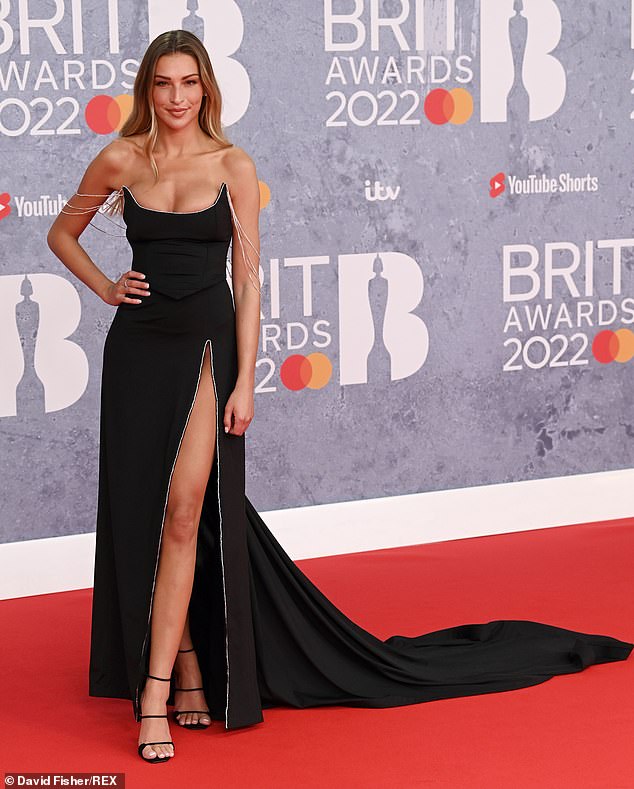 Flawless: The reality star, 25, looked sensational in a floor-length black gown that clung to her incredible figure

The BRIT Awards sparked controversy last year after ditching the traditional male and female categories and switching to gender-neutral gongs for the first time in its history, causing naysayers to brand the event ‘woke’.

Organisers divided opinion and some were left outraged by the decision to switch to gender-neutral gongs for the first time in its history, in calls led by non-binary singer Sam Smith.

Bosses claimed the move was in a bid ‘to be as inclusive and as relevant as possible’ and allowed people to enter who do not identify as a man or woman. 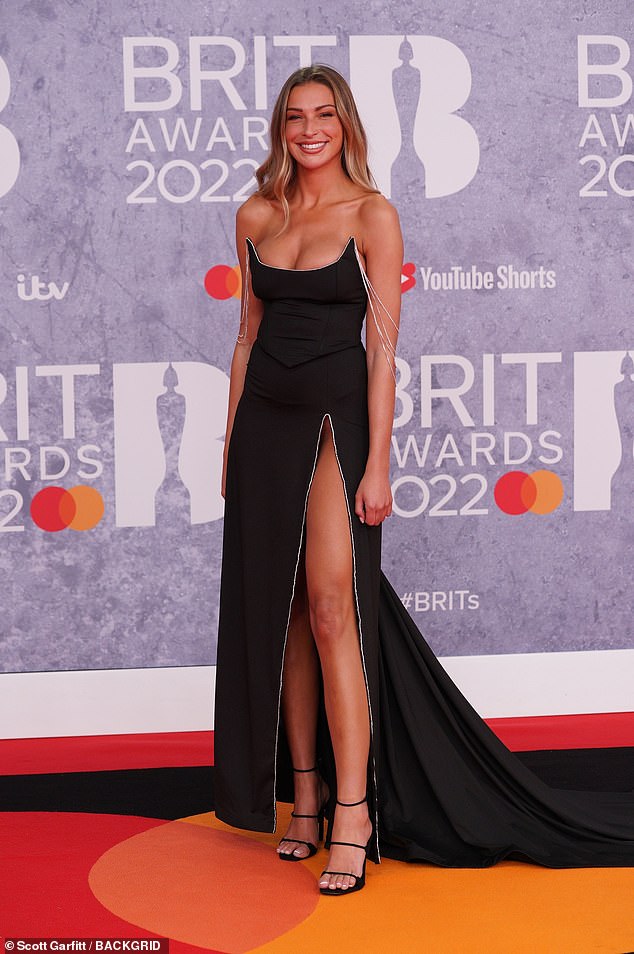 Leggy display: Her gown also featured a daringly high slit that showed off her long tanned legs underneath and strappy black heels

But fans blasted the change as ‘woke drivel’ at the time, with many calling for a boycott.

Adele swept the board following her return to the BRITs, where she took home gongs in all three categories that she was nominated in.

Elsewhere during the night, Anne-Marie received an outpouring of support from viewers after suffering a dramatic tumble during her performance. 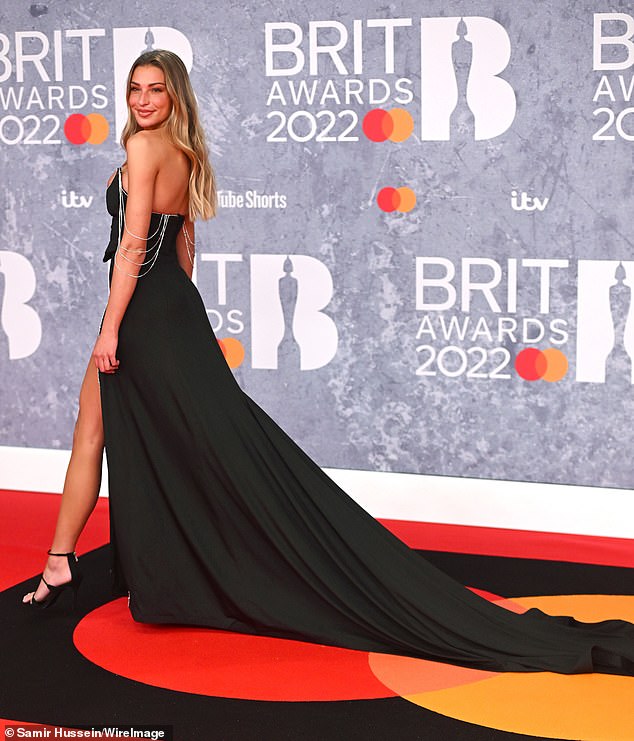 Glamorous: The dress boasted a low-cut neckline that accentuated her ample cleavage and a long train for added glamour

Things took a turn for the worst when the singer, 30, fell down a set of steps while belting out Kiss My (Uh-Oh) in front of a 20,000-strong audience at The O2 Arena.

Her voice wavered as she toppled onto her hands-and-knees but, like a true pro, carried on with the showstopping production.

Despite the embarrassing blunder, her adoring fans took to Twitter to voice their support, claiming she has ‘styled it out well’ and proved herself a ‘total pro’.

Eight years after winning Season 13 of American Idol, Caleb Johnson says he was ‘really bummed’ that he won. The...

At least seven people have now died as a result of the mass shooting in Highland Park, Illinois, with...

The final two episodes of the fourth season...
Celeb Zone

At least seven people have now died as a...
News

If you’re like me, stuck inside working every...
Celeb Zone

The parents of Dame Deborah James, who passed away...
Entertainment

Just a simple reminder that article is created and...
Business