The Brit Awards are reportedly keeping their gender-specific categories for the 2021 event despite speculation they could shake-up nominations this year.

It is also understood that bosses will chat to non-binary star Sam Smith ahead of voting to ensure they’re happy with the category they appear in, reports The Sun.

As it stands, the music awards are set to happen on May 11 – pushed back from the event’s usual date in February amid the pandemic – at London’s O2 Arena.

No changes: The Brit Awards are reportedly keeping their gender-specific categories for the 2021 (Sam Smith is pictured at the event in February 2020)

According to the publication, organisers plan to talk to Sam, who released Love Goes in 2020, and their team to ensure Sam’s happy with where they’re nominated.

They added that it wouldn’t work for the gender-specific nomination groups to be changed this year because of the artists in the running.

A source explained: ‘The concern is that looking at the artists who have released this year — with all of the restrictions and problems — scrapping separate male and female awards categories might actually have had more of a negative impact across the board.

‘It’s definitely something that is going to be looked at again in subsequent years.’ 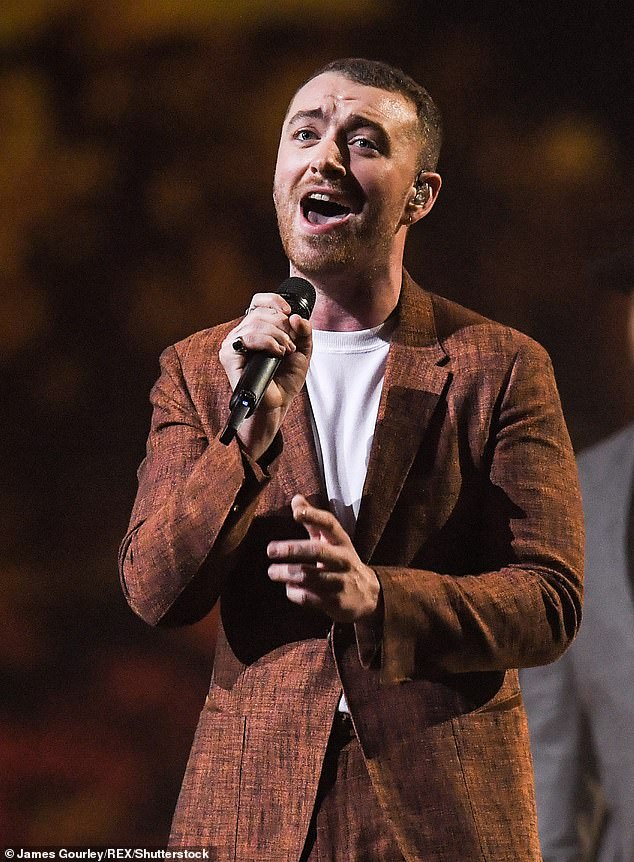 Checking in: It is also understood that bosses will chat to non-binary star Sam Smith ahead of voting to ensure they’re happy with the category they appear in (pictured at the 2018 Brits)

MailOnline has contacted a representative for Sam Smith and the Brit Awards for further comment.

Among the stars already tipped for a nomination are Dua Lipa, who released album  Future Nostalgia in 2020, Paul McCartney and The 1975.

Little Mix are also said to be in the running for a few nods, with the trio reportedly set to share new music imminently after the exit of bandmate Jesy Nelson at the end of last year following the release of their album Confetti.

It has often been reported that the Brit Awards have had discussions about changing how the Best Male and Best Female categories are set up.

Date for the diary: As it stands, the music awards are set to happen on Tuesday 11 May – pushed back from the event’s usual date in February amid the pandemic – at London’s O2 Arena

While categories such as best newcomer and best single include male and female nominees, those for best solo performers have been split by gender since 1977.

It was first reported in 2019, a week after Sam announced they were non-binary and using the pronoun ‘they’, that organisers are deciding whether to update categories to accommodate artists such as Sam.

The MTV Movie & TV Awards adopted a gender-neutral acting award in 2017, when it was given to Emma Watson for her role in Beauty And The Beast.

And after the 2020 Brit Awards there was a sexism storm at the lack of female nominees, as the shortlist was largely male-dominated. 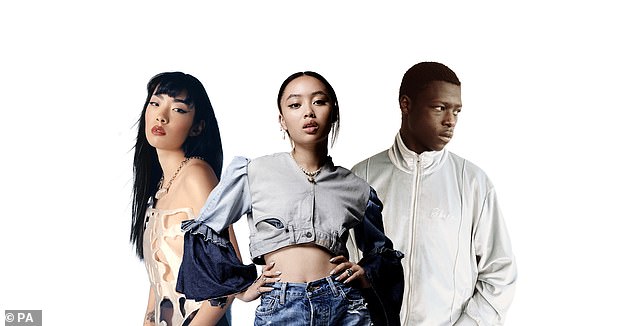 In the running: Griff (centre), Pa Salieu (right) and Rina Sawayama have been nominated for the rising star Brit Award in 2021, with previous winners including Adele and Ellie Goulding

Charli XCX also hit out at the event for having male and female nominees competing in separate categories ahead of the ceremony in February 2020.

Speaking to The Mirror at the NME Awards, the singer, 28, criticised the ceremony for making the women feel like a ‘subplot’ or ‘warm-up act’ for their male counterparts.

Referring to how the unisex Mastercard Album of the Year and Best Group categories are male-dominated, and the specific awards for men or women, she said: ‘What the f*** is that about?

‘It’s what everyone has been saying. Women don’t just deserve to be in the female categories, we’re not the subplot, the warm-up act, we’re the main event.’ 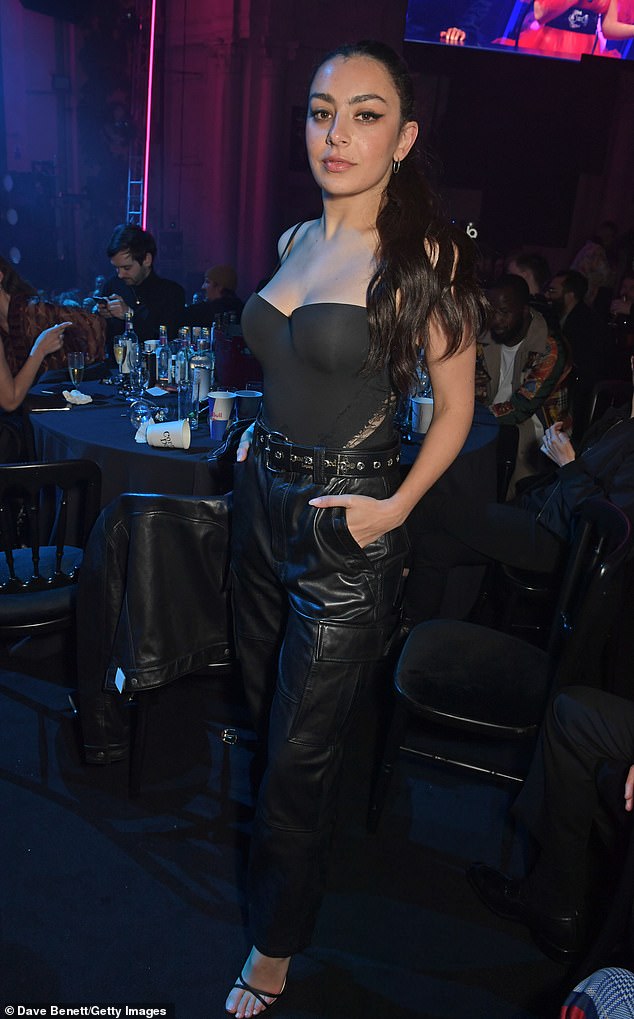 Sexist: Ahead of the 2020 event, Charli XCX accused Brit Awards of sexism as she claimed the ceremony’s male-dominated shortlist made female singers seem like just a ‘warm-up act’ 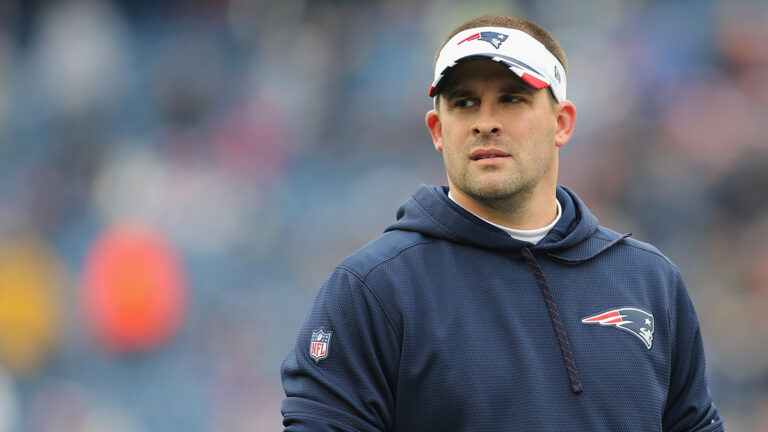 Getty Las Vegas Raiders HC Josh McDaniels. Josh McDaniels’ teaching employees with the Las Vegas Raiders is beginning to come collectively. The staff has already determined to keep Edgar Bennett as huge receivers coach and hire Bo Hardegree as quarterbacks coach. The large query was who the staff may select to be the defensive coordinator….

Tent Group is primarily focused on the development of Infrastructures in her Estates, knowing that the base of an outstanding Estate is rooted in the Infrastructural provisions. And we do this with keen eyes on details and with utmost professionalism. We also provide a platform where our subscribers can locate, monitor and access their plots… 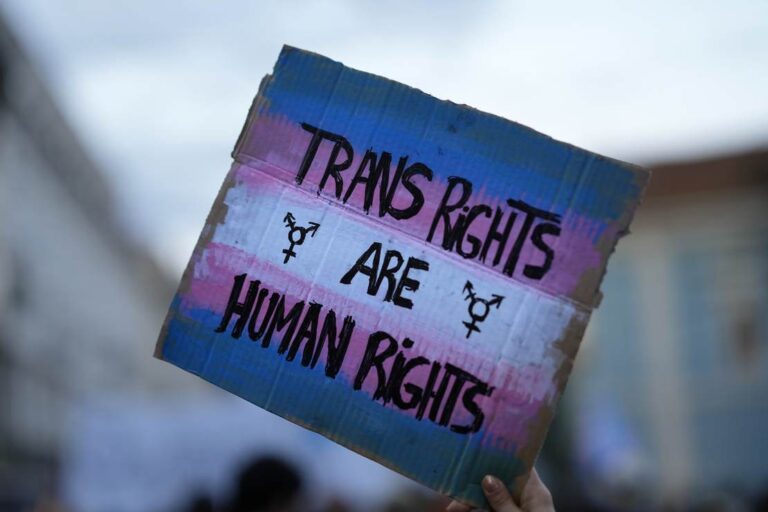 It was only a matter of time, wasn’t it? If a Virginia lawmaker gets her way, parents could face felony or misdemeanor charges if they do not affirm their child’s sexual orientation or gender identity. State delegate Elizabeth Guzman, a social worker, announced plans to reintroduce a bill that is supposedly intended to protect LGBTQ…

A couple have insisted that they’re happily married despite the husband admitting that he’s gay three weeks into dating. Mormons Nicholas and Jordan Applegate, both 23, are devout members of the Church of Jesus Christ and Latter-day Saints and the pair married in a church ceremony last November, just months after Nicholas confessed that he’s…