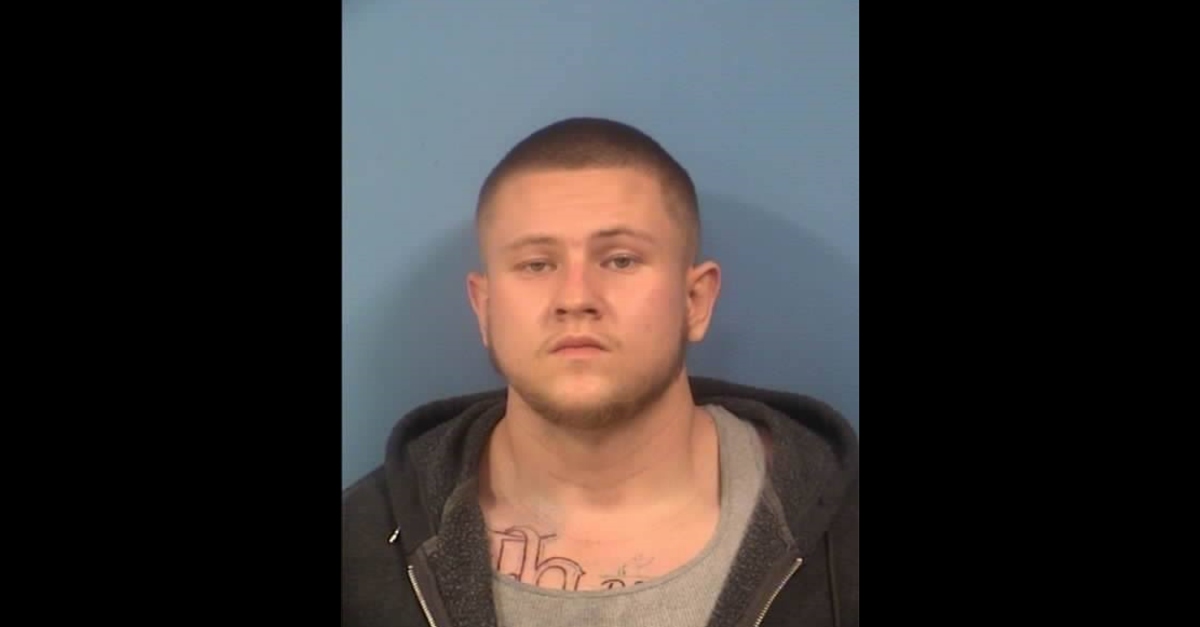 Bruce Berrier in a 2020 booking photo.

A prison inmate fled after a judge let him attend his brother’s funeral, say authorities in DuPage County, Illinois. Bruce Berrier, 23, no-showed a 2 p.m. deadline on Tuesday to return to the local jail, officials said in a Chicago Tribune report. He is now charged with felony criminal damage to government property.

Prosecutors opposed Bruce getting to go to the funeral for his brother Rocky Berrier, but DuPage County Judge Michael Reidy approved it. With a GPS ankle monitor, Bruce Berrier was allowed to go to the Brust Funeral Home in the village of Lombard, Arlington Cemetery in the city of Elmhurst, and to a family lunch. Authorities let him out on Tuesday at 8 a.m., and he had to return to the DuPage County Jail at 2 p.m., officials said. But authorities claim the ankle monitor was cut off at 1:27 p.m. Investigators said they found it at the cemetery.

He was serving a 10-year sentence for gunrunning, having pleaded guilty in July 2021.

“It is alleged that on September 28, 2020 through November 24, 2020, Berrier illegally sold four guns, ammunition and magazines, including one extended magazine, to undercover officers on four separate occasions,” the DuPage County State’s Attorney’s Office said in December 2020 after his bond hearing. “It is alleged that the sales took place in Roselle and Hanover Park. On December 3, 2020, authorities executed a search warrant at Berrier’s home. He was taken into custody at this time.”

At the time, he was reportedly on parole, having served 2-and-a-half years behind bars for shooting two people in an argument between him and his friends against another group. He was 16 years old. One of the shots broke a victim’s leg, while another sustained three shots, damaging the vertebrae, bowel and kidney, according to the Tribune.

Berrier’s attorney argued that his client was acting in self-defense from a knife-wielding crowd, firing several shots to the ground in response to a snowball, according to The Daily Herald. Berrier told a judge in 2018 that he did not want to lead a life taking him to prison. A local priest supported him.

Have a tip we should know? [email protected]

The US and South Korea have committed to exploring “new and additional steps” to reinforce deterrence as Pyongyang continues...

The controversial Netflix anime series Ghost in the Shell: SAC_2045 is returning next week for its second season. Although...

They’re saying ‘I do’ for a third time this...
Celebrity