Bruno Fernandes has put negotiations over a lucrative new contract at Manchester United on hold as he star waits to see the direction the team is heading in.

Fernandes, who is believed to earn around £100,000 per week at Old Trafford, is seeking parity with the club’s biggest earners in his new deal to reflect his importance to the side. 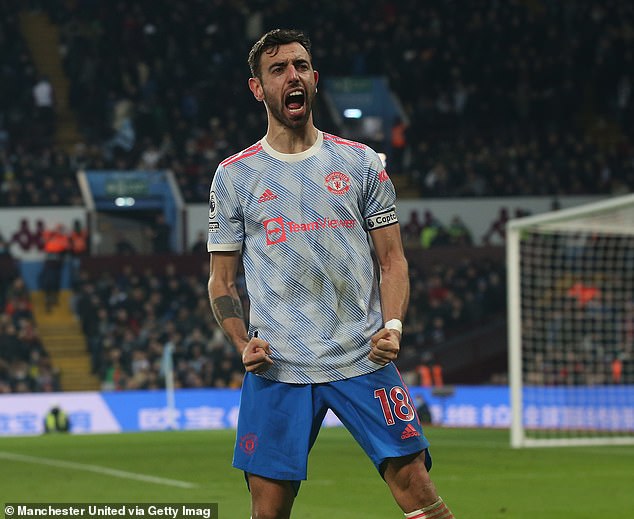 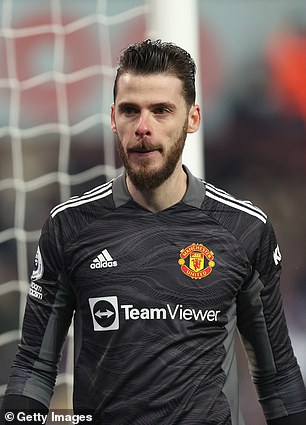 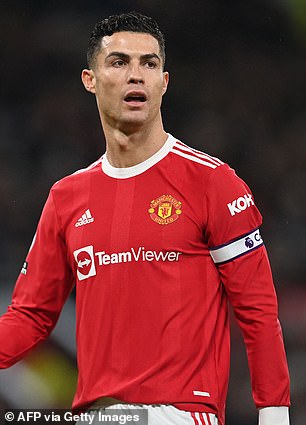 Fernandes and his representatives turned down an offer from United in late autumn and negotiations now won’t resume until May.

By then, Fernandes and his team will know in which European competition, if any, United will be playing in next season.

But with Fernandes’s existing contract running until June 2025, with the option for a further year, United are relaxed about the delay.

They wanted to reflect his importance to the team by improving a relatively low salary, which was nonetheless double the £50,000 per week Fernandes earned at former club Sporting Lisbon although heavily incentivised with bonuses. 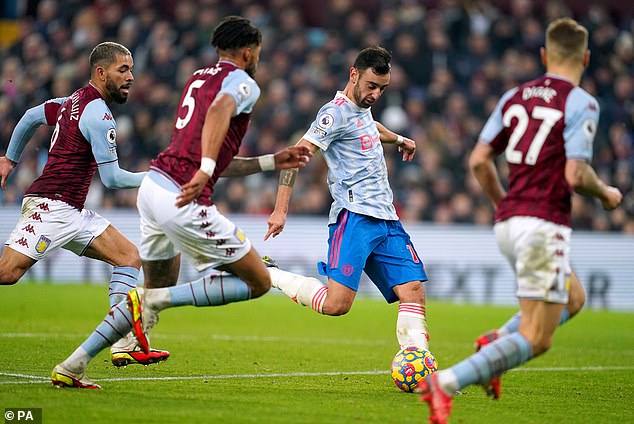 Interim coach Ralf Rangnick is fighting to get United into the Premier League top four, which would return them to the Champions League next season, but faces strong competition from the likes of Arsenal, Tottenham and West Ham.

Fernandes, 27, has struggled to produce his best form this season and has received criticism for negative body language.

But he was excellent in United’s 2-2 draw at Aston Villa on Saturday night, scoring two goals.

It was a reminder of the class that persuaded United to pay Sporting Lisbon £67million for his services in January 2020. 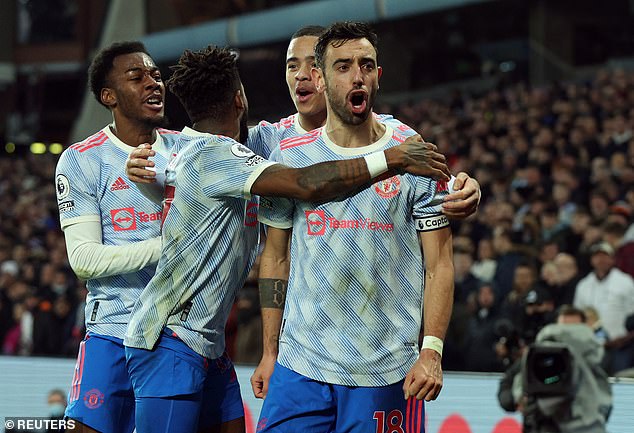 Since then, only Mohamed Salah of Liverpool (45) and Harry Kane of Tottenham (34) have scored more than the 33 goals Fernandes has. He has also contributed 22 assists in the league.

United return to action on Wednesday night with their rearranged Premier League trip to Brentford.