Sixteen-year-old American Idol contestant Caleb Kennedy has been forced to withdraw from the competition over a four-year-old, three-second video which critics claim proves he’s a ‘racist’ because his friend is wearing a white hood in it.

Caleb, a country singer from South Carolina, appears in the video with an unnamed friend. It was filmed when he was just 12 and he uploaded it to Snapchat. His friend is wearing a white hood with eyes cut out which critics said was a KKK hood.

Caleb’s mom Anita Guy has since revealed that the boys had just watched The Strangers, a horror movie in which one of the characters wears a white hood.

The movie has nothing to do with racism or the Ku Klux Klan and Caleb’s mother insisted the young singer never had a racist bone in his body. But those explanations cut no ice with online critics who savaged Caleb and claimed he was making ‘excuses’.

The teen posted a statement online on Wednesday night apologizing and vowing to regain fans’ trust.

‘Hey y’all, this is gonna be a bit of a surprise but I am no longer gonna be on American Idol. There was a video that surfaced on the internet and it displayed actions that were not meant to be taken in that way.

‘I was younger and did not think about the actions, but that’s not an excuse,’ he said.

It’s unclear if ABC asked him to withdraw, or if he made the decision himself. He also said he was taking time away from social media. 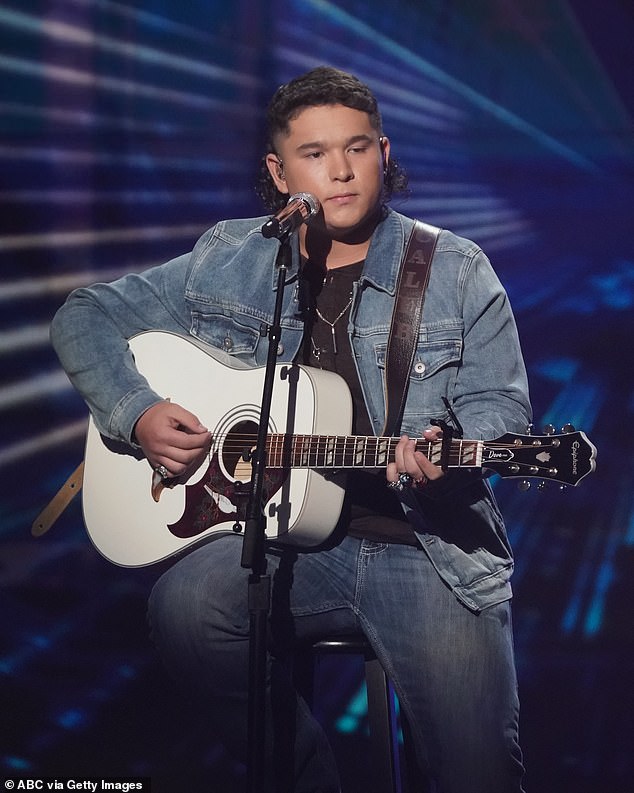 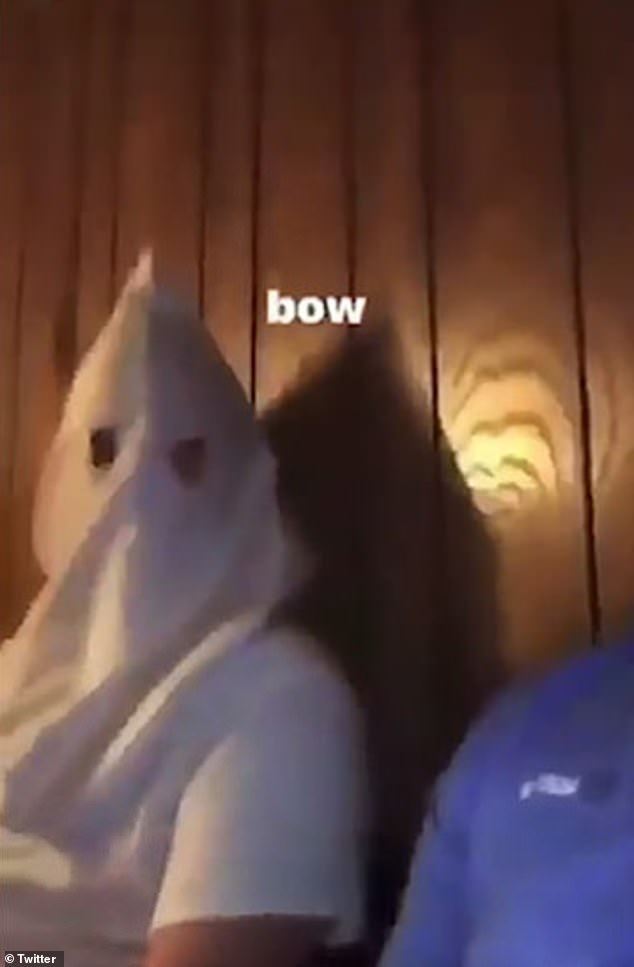 Kennedy, in blue, sits next to a friend in the video who was wearing a white hood. His mom has since said they weren’t impersonating the KKK, but that they’d just watched The Strangers, a movie where one of the characters wears a white hood 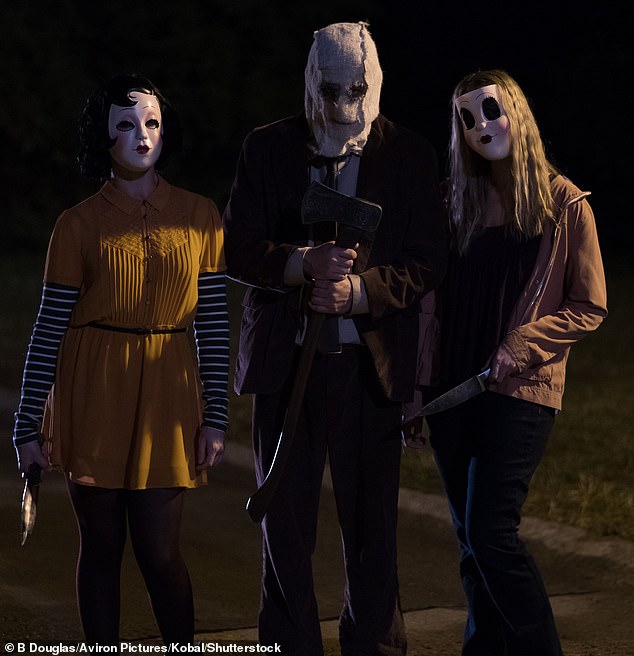 Caleb’s mother said the boys had just watched The Stranger: Prey At Night, which came out in 2018. One of the central characters wears a white hood

‘I wanna say sorry to all my fans and everyone who I have let down.

‘I’ll be taking a little time off social media to better myself, but saying that, I know this has hurt and disappointed a lot of people and made people lose respect for me.

‘I’m so sorry! I pray that I can one day regain your trust in who I am and have your respect! Thank you for supporting me.’

His mother told local newspaper The Herald Journal that while the video ‘looks’ bad, it was innocent.

‘I hate this has happened and how Caleb is being portrayed by people online.

‘This video was taken after Caleb had watched the movie The Strangers: Prey at Night and they were imitating those characters.

‘It had nothing to do with the Ku Klux Klan, but I know that’s how it looks.

On Twitter, people demanded that Caleb be disqualified from the show. American Idol hasn’t commented 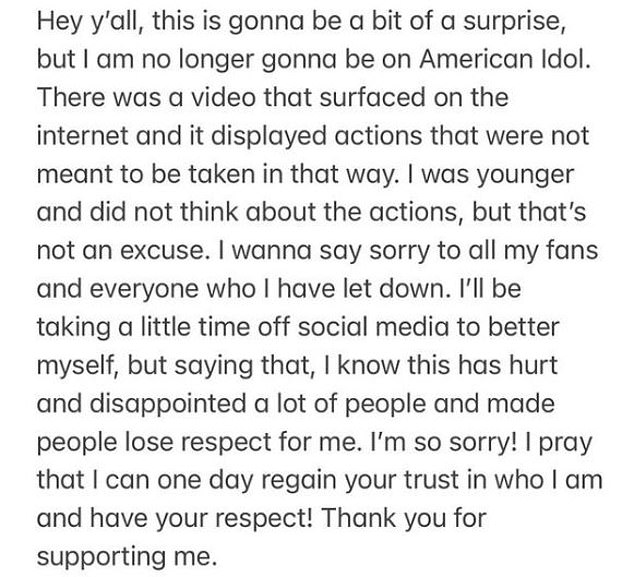 ‘Caleb doesn’t have a racist bone in his body. He loves everyone and has friends of all races,’ she said. 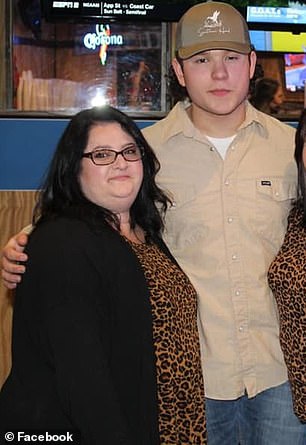 Caleb’s mother Anita Guy, left, says he had just watched the movie with his friend and that it had nothing to do with the KKK

On Twitter, people demanded that he be disqualified from the show.

They tagged the American Idol account saying ‘DISQUALIFY CALEB KENNEDY HE’S RACIST’ and ‘CAN WE INVESTIGATE AMERICAN IDOL CONTESTANT CALEB KENNEDYS RACIST BEHAVIORS IN A SNAP THAT HAS SURFACED????? NO “IDOL” SHOULD BE A RACIST.’

Representatives for the show haven’t responded to DailyMail.com’s inquiries.

None of the famous judges – Katy Perry, Luke Bryan, Lionel Richie – have commented, nor has host Ryan Seacrest.

Caleb, a country singer, was the youngest finalist at 16.

None of the other finalists have commented either. 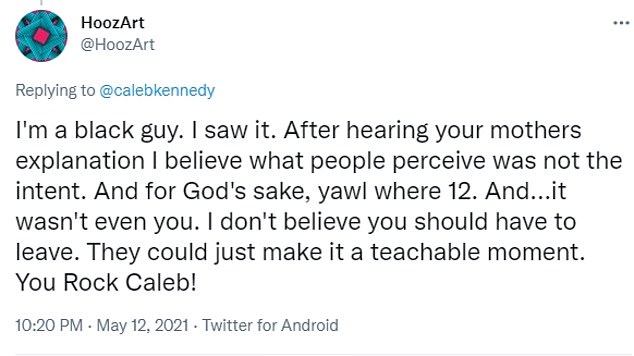 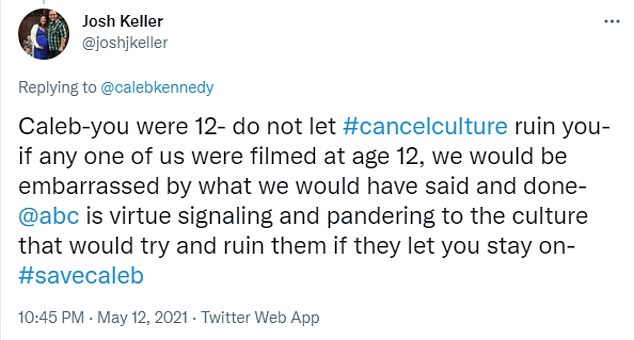 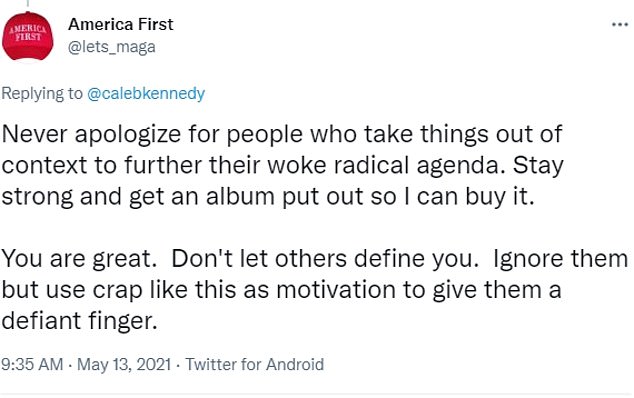 This week’s episode of ‘Legacies’ season 4 uncovers an even more frightening side to Hope, who is now clad in leather and evil. She attacks the entire squad, not sparing even a single one of them. Lizzie tries to help her father by using a spell that causes more harm than good. Ryan accompanies Hope… 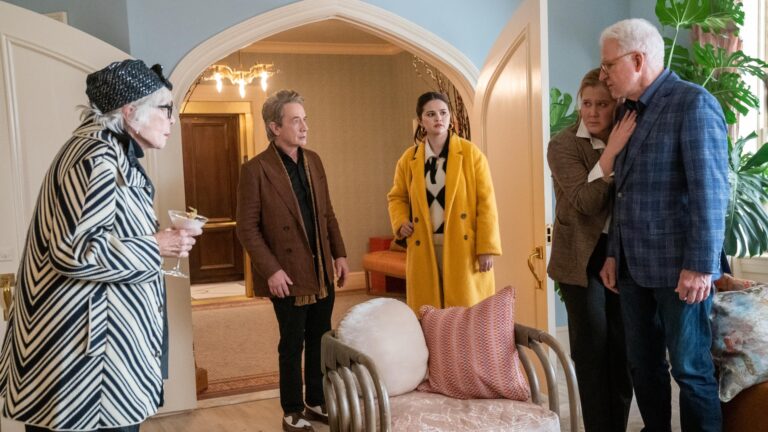 Enter Nina Lin (Ko), a young, extremely pregnant hedge-fund manager who has absorbed everything Bunny had to teach her about the inner workings of the historic Arconia. This possibly includes Bunny’s fiery disposition, as resident Arconian, cat-aficionado and Tenant Board member Howard (Michael Cyril Creighton) stipulates,  “If you thought Bunny was a bitch… get a… 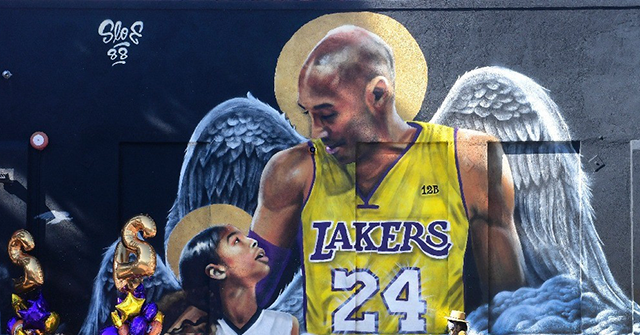 L.A. County Sheriff’s Department deputy Michael Russell revealed during the Kobe Bryant photo trial Tuesday that he sent photos of the helicopter crash scene to another deputy during a Call of Duty video game party. NBA great Bryant, 41, and his daughter, Gianna, 13, died in the crash on January 26, 2020, in Calabasas, California…. 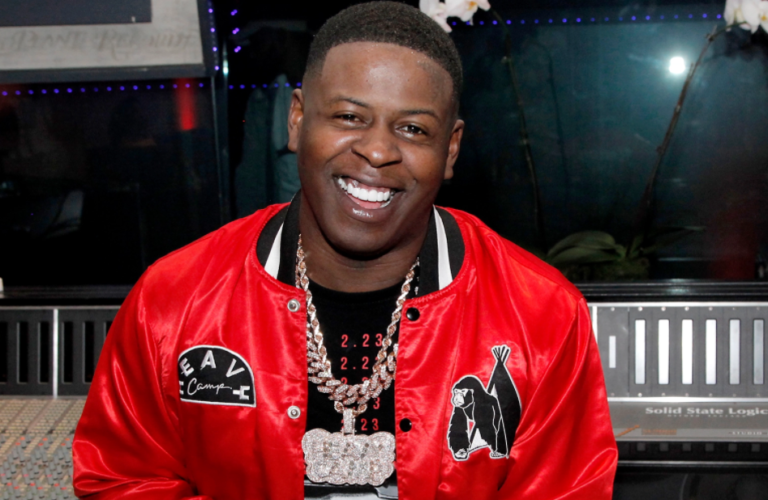 Blac Youngsta is an American rapper who’s at present signed to Yo Gotti’s label Collective Music Group (CMG) and Epic Data. He’s well-known for his breakout track “Heavy” which was launched in 2015 and gained large fame. He’s additionally famend for his 2017 single “Hip Hopper” and 2018 single “Booty”, which grew to become essentially…

In this article, we are going to talk about Manifest Season 4. Everyone knows that the show was cancelled but it seems that it might get a revival. The show originally came on NBC and was also streamed on Netflix. It has been revealed that the network is interested in making another season of the… 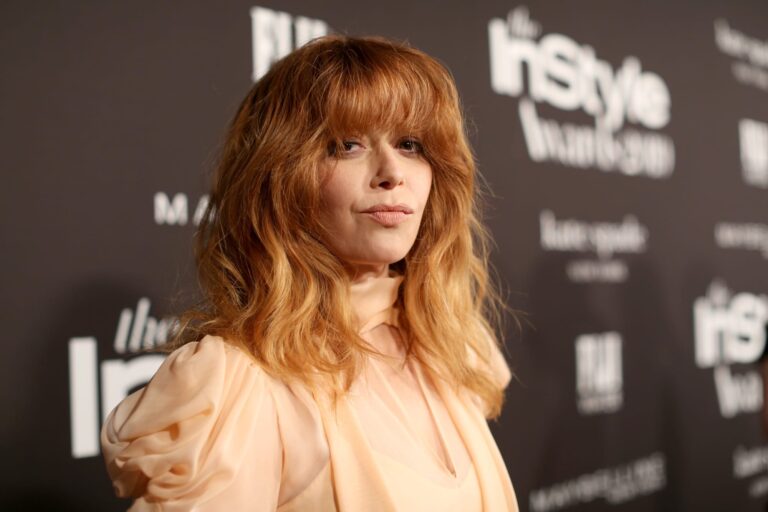 Are you ready to see Natasha Lyonne reprise her role as Nadia in a brand new season of Russian Doll? Russian Doll season 2 is coming to Netflix on April 20, and this season looks even more trippy than the first. In season 1, viewers were introduced to Nadia as she tried to figure out how to stop…