A Northern California wildfire prompted evacuations after crossing into Nevada as crews continue to battle a mammoth blaze in southern Oregon.

The Tamarack Fire south of Lake Tahoe had burned more than 68 square miles of timber and head-high chaparral in national forest land on Wednesday. It erupted on July 4 and was one of nearly two dozen blazes sparked by lightning strikes.

More than 1,200 firefighters were battling the Alpine County blaze, which has destroyed at least 10 buildings. 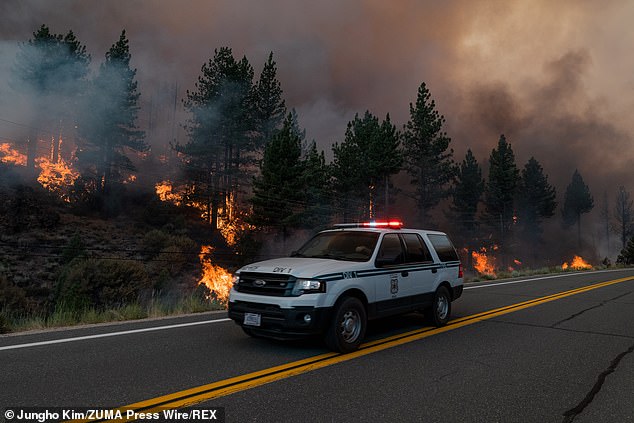 A U.S. Forest Service vehicle drives down Highway 89 as the Tamarack Fire burns along side the roadway on Saturday 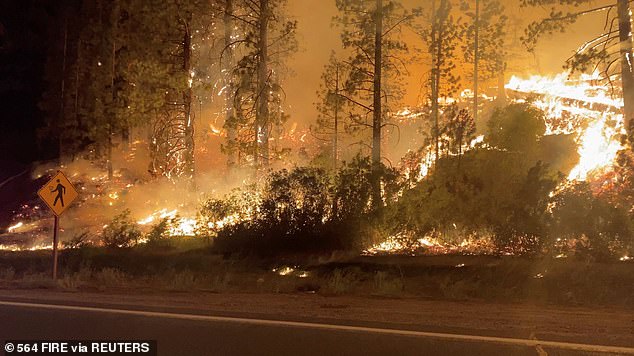 The Tamarack Fire is seen in Markleeville, California on Saturday 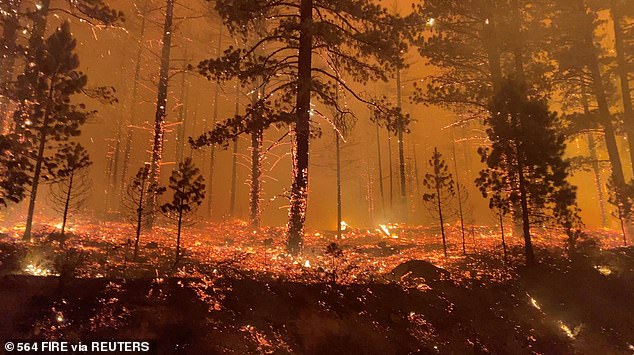 The Tamarack Fire, one of nearly two dozen blazes sparked by lightning strikes, has prompted evacuations in Nevada 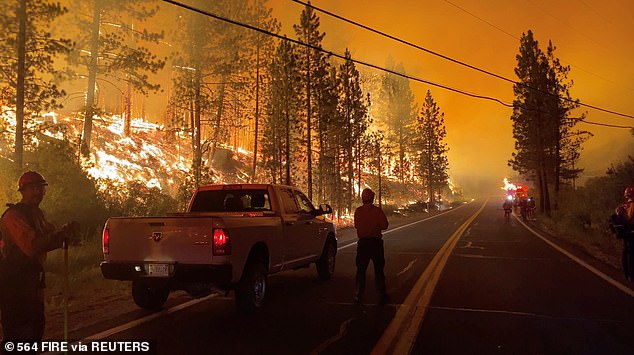 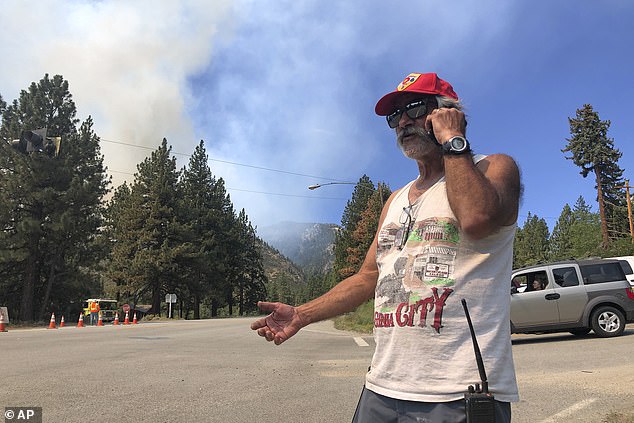 Tony Galvez, who lost his home to the Tamarack Fire, talks on his phone with his daughter in Vermont who’s setting up a GoFundMe for him as he waved and clapped at passing firefighters

Mandatory evacuations were ordered for several communities and a request for voluntary evacuations was issued for portions of Douglas County, Nevada.

An evacuation center was set up at a community center in Gardnerville, Nevada.

Oregon on Wednesday banned all campfires on state-managed lands and in state campgrounds east of Interstate 5, the major highway commonly considered the dividing line between the wet western part of the state and the dry eastern half.

The nation’s largest wildfire, Oregon’s Bootleg Fire, grew to 618 square miles –  just over half the size of Rhode Island.

The fire also was approaching an area burned by a previous fire on its active southeastern flank, raising hopes that lack of fuel could reduce its spread. 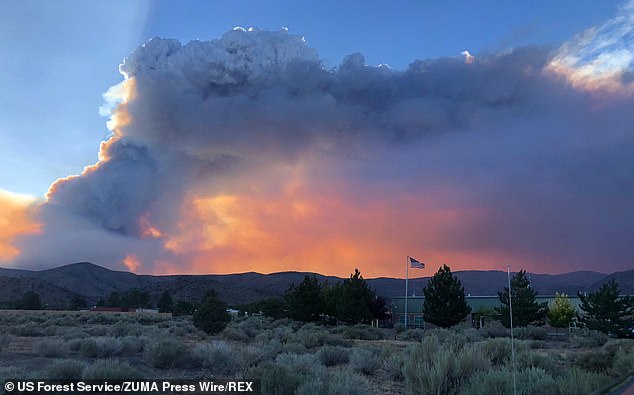 The east side of Tamarack Fire is pictured from Topaz Ranch Estates. The fire has crossed the state line into Nevada 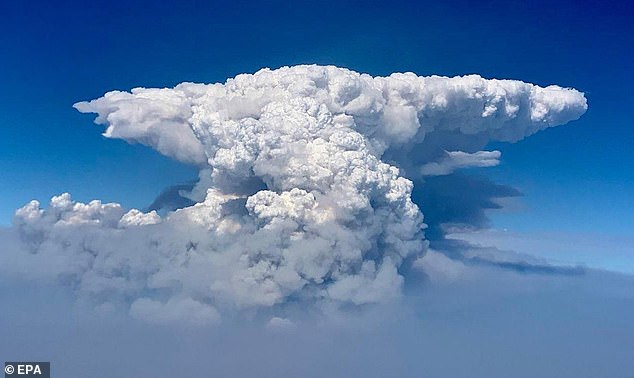 A handout photo made available by the US Forest Service (USFS) shows an aerial view of a pyrocumulus cloud billowing from the Bootleg Fire, taken by the 141st Air Refueling Wing Washington Air National Guard, in southern Oregon 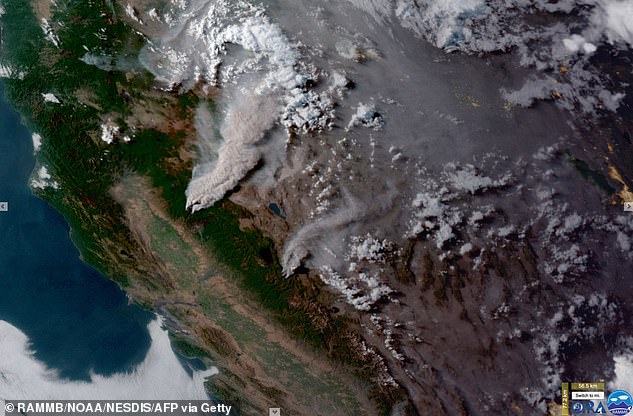 The Oregon fire, which was sparked by lightning, has ravaged the sparsely populated southern part of the state and had been expanding by up to four miles a day, pushed by strong winds and critically dry weather that turned trees and undergrowth into a tinderbox.

Fire crews have had to retreat from the flames for 10 consecutive days. Monstrous clouds of smoke and ash have risen up to six miles into the sky and are visible for more than 100 air miles.

The blaze, which is being fought by more than 2,200 people, is about one-third contained.

At least 2,000 homes were ordered evacuated at some point during the fire and an additional 5,000 were threatened. At least 70 homes and more than 100 outbuildings have burned, but no one is known to have died.

Climate change has made the West much warmer and drier in the past 30 years and will continue to make weather more extreme and wildfires more frequent and destructive.