Putting unemployed and older people to work could help feed regional and remote communities during the peak of the Omicron outbreak, a government minister has suggested.

Workers catching the Omicron strain of Covid and having to go into isolation have caused supply chain problems.

The Independent Food Distributors Association, which represents hundreds of suppliers across Australia, says the staff shortages were having a devastating impact on businesses, and rural communities were particularly vulnerable.

‘We’ve got to keep in mind the remote and Indigenous communities are out there and we need to make sure we keep getting the food up to them,’ chief executive Richard Forbes said.

‘It’s the great unknown at the moment … we need to be as prepared as possible.’

Independent distributors deliver food to 1500 hospitals and aged care facilities around Australia, as well as prisons, schools and military bases.

Mr Forbes said federal, state and territory governments should be prioritising critical distribution services, and subsidising the cost of running their businesses during the pandemic.

‘Just as we’re getting our head above water, we have to pay for RAT tests. We should get free RAT tests for servicing the most vulnerable in society. That’s fair,’ he said.

It comes after acting Small Business Minister Anne Ruston on Wednesday suggested opening up job opportunities for older Australians, the unemployed, and temporary visa holders to ease the burden on the nation’s supply chain caused by surging COVID-19 cases. 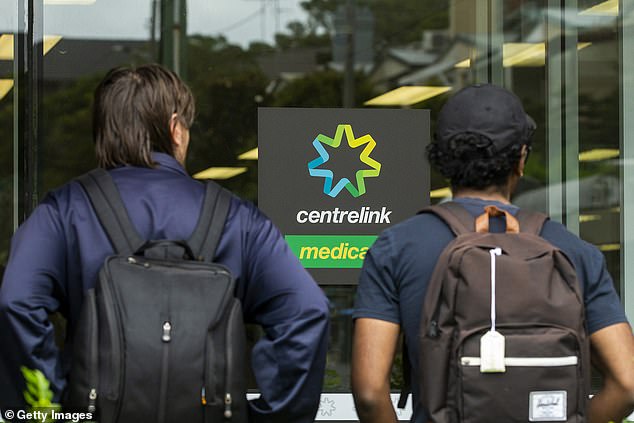 The unemployed, older Australians and temporary migrants could be forced to stack supermarket shelves to help alleviate critical supply shortages (pictured is a Centrelink queue in Sydney early on in the pandemic)

‘A very high number of the workforce are currently furloughed either because they have Covid, are caring for someone with Covid or are a close contact,’ Senator Ruston told Sky News on Wednesday, adding food and grocery supply was ‘our number one priority.’

‘Anybody who is currently on unemployment benefits who is able to work, we would be really keen for them to undertake some really active investigations about how they could help out with these workforce shortages,’ Senator Ruston told Sky News.

‘Many older Australians, I am sure, will be happy to do a few extra hours to help out at the moment.’

Job vacancies are now are record highs with 396,100 positions available in November, the Australian Bureau of Statistics revealed on Wednesday.

During the past year, advertised employment numbers have surged by 56.1 per cent or by 142,400, making it even harder for employers to recruit staff.

Intriguingly, the number of job ads in November 2021 was 74.2 per cent higher than in February 2020, just before the pandemic.

Workers in critical industries who test negative to Covid will no longer have to self isolate if they are a close contact with a positive case they live with. 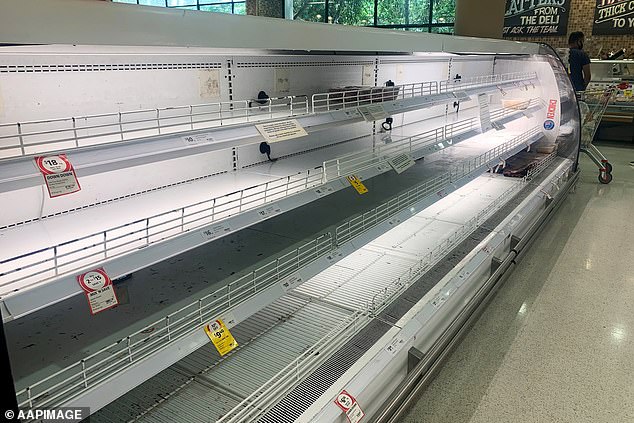 Job vacancies are now are record highs with 396,100 positions available in November, the Australian Bureau of Statistics revealed on Wednesday. During the past year, advertised employment numbers have surged by 56.1 per cent or by 142,400, making it even harder for employers to recruit staff (pictured is an empty set of shelves at a Coles supermarket in Sydney)

‘A number of industries are reporting labour shortages, particularly for lower paid jobs,’ he said.

‘Working people have made incredible sacrifices and stepped up,’ he said.

‘They did their part of the bargain, the federal government has not done its part.’

Businesses also raised with Senator Ruston the need for national consistency and clarity around isolation and testing requirements with the acting minister. 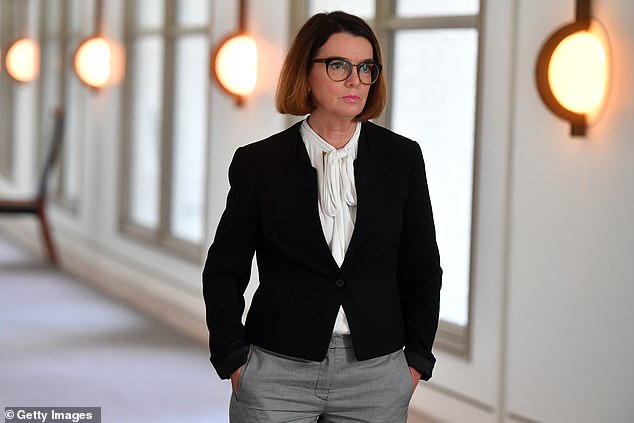 Single Australians without work are eligible for a $629.50 a fortnight in JobSeeker benefits.

This rises to $676.80 a fortnight for single, unemployed parents.

Australians forced to self isolate because of Covid can claim $750 a week from Centrelink but they have to keep re-applying if they don’t recover or test negative.

The payment came into effect on December 9, for those living in New South Wales, to cope with the surge in Omicron cases.

It helps those who lost 20 hours or more of work in a week.

The Pandemic Leave Disaster Payment has to be declared on a tax return, including if recipients are receiving a Family Tax Benefit or a Child Care Subsidy.

Sadia Manzoor from Houston was supposedly killed by her alienated spouse alongside her little girl and mother before he...
- Advertisement -

There are many important factors for success when a...
Celeb Zone

Spoiler alert: There are some students who do not...
- Advertisement -