Cubans Face the Grim Reality of the Lockdown

Scientific Study Points to Liberal White Women Being the Craziest 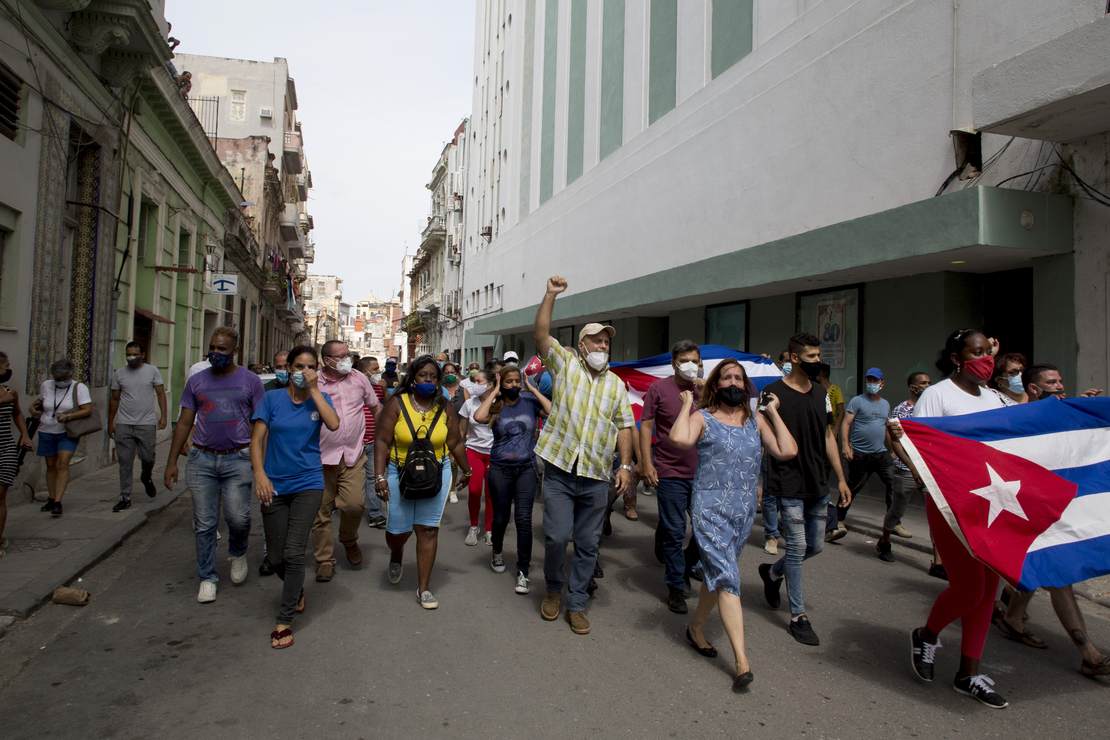 “We join their families, Cuban human rights defenders and people around the world in calling for the immediate release of those detained or missing for merely demanding freedom by exercising what is a universal right to free assembly and free expression.”

So far, Cuban authorities claim that one person was killed in the rioting. But independent human rights groups and activists say that number is surely much higher.

In Havana, state forces were sent out July 11, including so-called rapid-reaction brigades and Communist Party militants armed with heavy sticks. Some protesters were attacked, and more than 100 were arrested, according to activists. In subsequent days, hundreds of Cubans lined up outside police stations to look for missing relatives whose whereabouts were unknown.

Cuban authorities say they will press disorder and disobedience charges against those who took part in violent actions or vandalism in summary trials behind closed doors, raising concerns among rights advocates of a lack of due process.

Meanwhile, outrage is building on social media as videos and accounts of police brutality begin to circulate.

There is a common denominator in the majority of the videos being shared, and that is the harsh response by the police and civilians armed with sticks, scenes of violence against the demonstrators that have shocked many Cubans. At the same time, the first statements made by young people who have been arrested have begun to appear. The story of Leonardo Romero Negrín, a 22-year-old university student who was arrested on July 11, has had a major impact on social media.

Romero has explained that he went to defend a former fellow student who was being beaten by the police for having recorded the scene with his cellphone. “A number of officials grabbed me, they got me in a hold and they beat me,” he explained. “But that wasn’t where they really beat me. They took me to the Dragones station, which is exactly a block away, and when we got in there they threw me on the ground and around four people started kicking me all over. I covered my face with my arms but they carried on kicking, which is why I have a swollen arm, which a doctor has seen. One of my ribs is also hurting – it didn’t break, but it’s hurting and the doctor saw it.”

All told, there were protests in 40 cities, according to the BBC. It’s the most widespread movement for freedom in Cuba’s history as most protests in the past were confined to Havana and a few other cities.

Joe Biden is thinking of expanding the number of diplomats in Cuba to help with Democratic outreach. But no Cuban in their right mind wants to be seen cozying up to the Americans during the unrest. Biden would do well to keep giving lip service to the Cuban people’s struggle for freedom while maintaining the embargo.

Share
Facebook
Twitter
Pinterest
VK
WhatsApp
Previous articleTokyo Olympics LIVE: All the latest Team GB beat Chile and more athletes ruled out of Games in Japan
Next articleRand Paul: I Will Be Seeking a Criminal Referral Against Fauci for Lying to Congress