Romeo Beckham made his professional football debut on Sunday playing for American third-tier side Fort Lauderdale – which is owned by his father David.

The former model, 19, joined Fort Lauderdale – the reserve team of Inter Miami, the Major League Soccer side founded and owned by his dad, earlier this month and his first outing came in a 2-2 home draw with South Georgia Tormenta this weekend.

In true Beckham style, he ensured the news was well documented on social media and even changed his Instagram bio to confirm the career move, with the new tagline listing him as an Athlete and reading: ‘Footballer for @fortlauderdalecf #11’.

Happy days: In true Beckham style, he ensured the news was well documented on social media and even changed his Instagram bio to confirm the career move, with the new tagline listing him as an Athlete and reading: ‘Footballer for @fortlauderdalecf #11’

David was keen to share his pride over his son’s performance after the teen, who has previously modelled for Burberry, posted an image from the match on Instagram, to which David responded: ‘So proud of you mate’.

Following on from David’s sweet message was his girlfriend Mia Regan, also known as Mimi Moocher, who shared a slew of star emojis.

Back in February, Romeo’s mum Victoria told Vogue: ‘Romeo has been training with the team over here every day, because ultimately that’s what he wants to do.’ 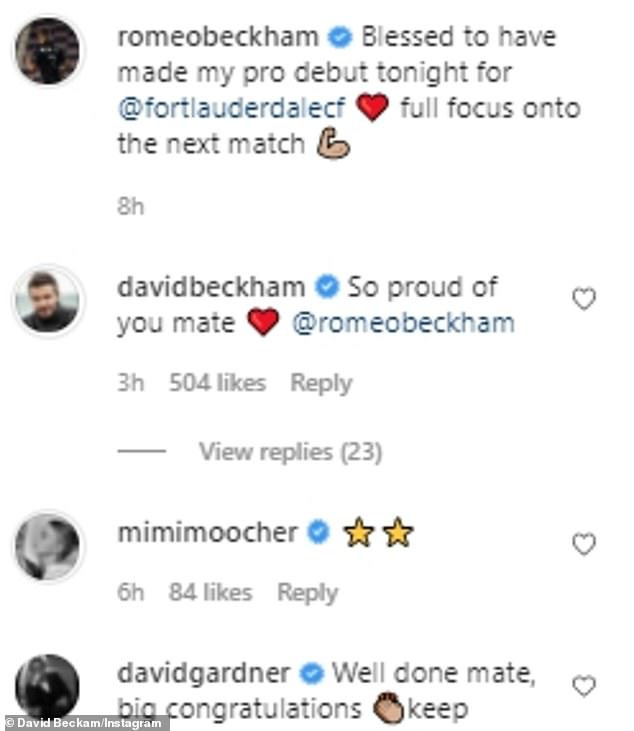 Happy days: Romeo said he was ‘blessed’ to make the appearance while his father David voiced his pride and his girlfriend Mimi Moocher shared star emojis 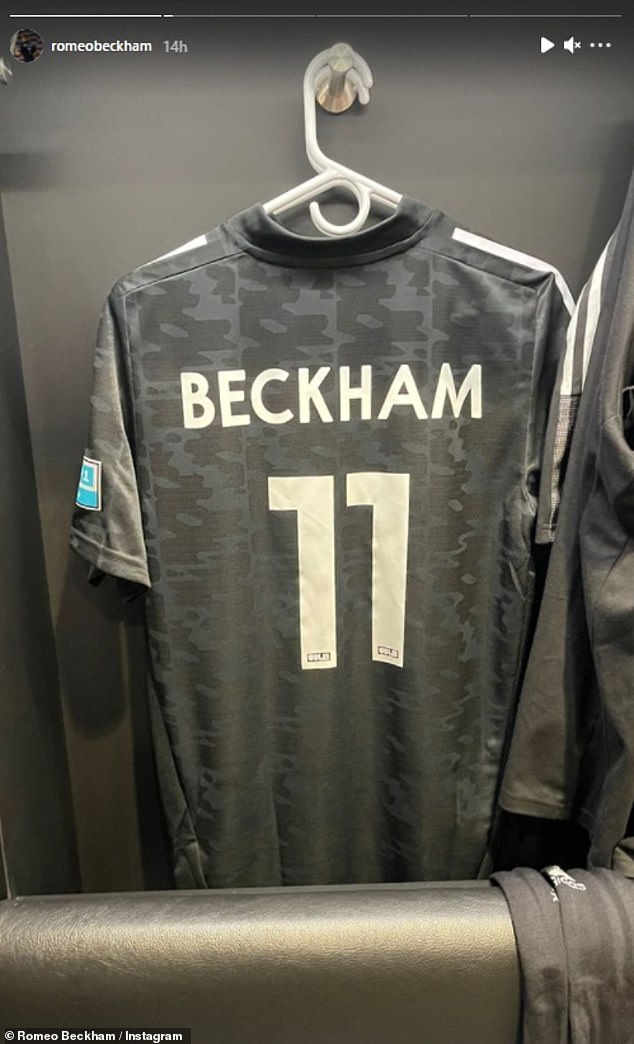 Proud moment: Romeo shared a snap of his football kit hanging in the changing room 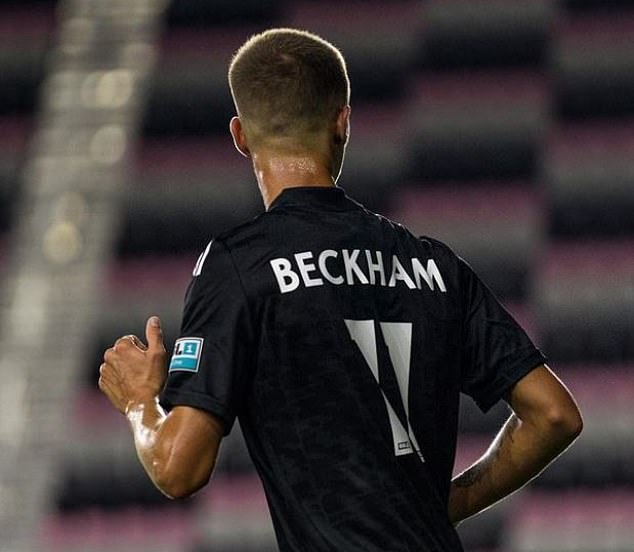 Working hard! Romeo played 79 minutes on the right wing in the 2-2 draw at home to South Georgia Tormenta

Romeo started on the right wing, just like his father used to do for Manchester United and England, before being hooked off on 79 minutes without a goal or an assist to his name.

The teenager did, however, show some flashes of brilliance and linked up well with Harvey Neville – son of former United star and current Miami head coach Phil – who started for Fort Lauderdale in the middle of the park.

The Beckham and Neville sons combined well in the 57th minute of the match, with Romeo putting in a testing cross which his team-mate headed just wide.

Fort Lauderdale took the lead twice in the first half through Mitchell Curry and George Acosta, in between Azaad Liadi’s first-half equaliser for Tormenta, but Marco Micaletto scored a late equaliser for the away side after Romeo had been taken off the pitch. 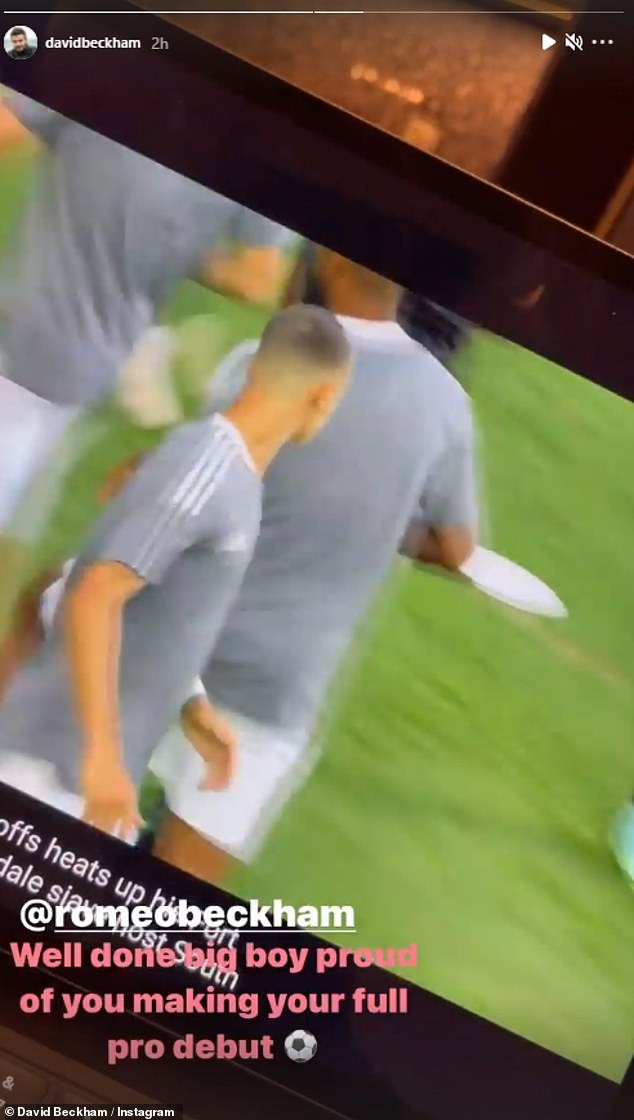 An honour: David also took to his Instagram story to share snaps from the pitch, including an image taken from a screen with writing over the top reading: ‘Well done big boy, proud of you making your full pro debut’ 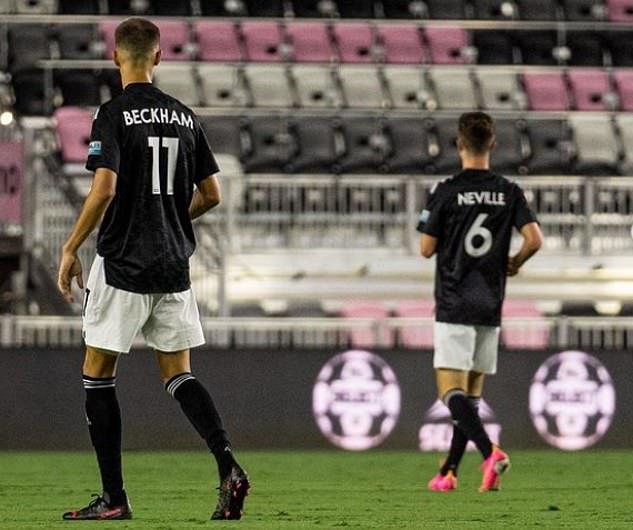 The match marked Romeo’s first outing in professional football having been involved in the game since his early teens.

The winger was on the books at Arsenal alongside his brothers Brooklyn and Cruz, but quit the north Londoners’ academy in 2015 as his father revealed his son had separate interests other than football.

While Romeo has undergone a modelling career since leaving the Gunners, the teenager kept playing football while he was studying at Millfield School, while he also trained under England’s attack coach Alan Russell, who also coaches the likes of Harry Kane and Raheem Sterling in individual sessions.

He began training with his father’s team Inter Miami earlier this year, before signing professional terms with Fort Lauderdale at the start of September. 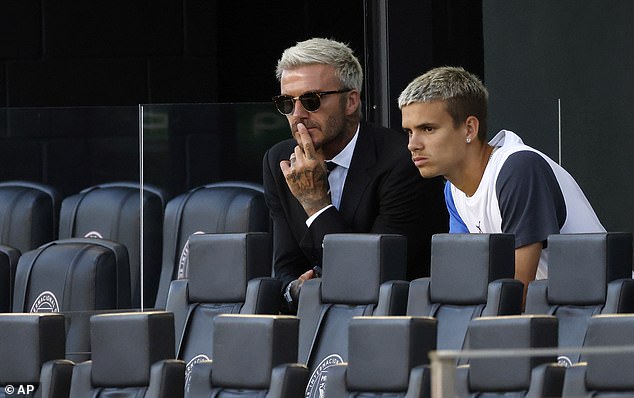 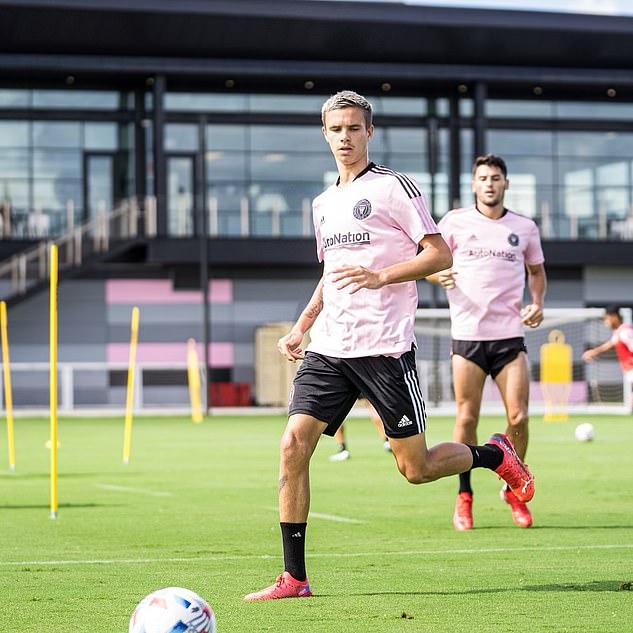 Bend it like Beckham! Romeo (left) signed terms with Miami’s reserve side Fort Lauderdale at the start of September (pictured in training earlier this month)

Romeo’s move came just a few months after Harvey Neville signed terms with the club, with the midfielder quitting the Manchester United academy this year to join the American side.

Harvey’s father Phil was appointed as the Inter Miami head coach in January of this year and is currently guiding his side to a mid-table finish in his debut MLS season.

Miami have an outside chance of reaching the MLS final series play-offs this season, with Neville’s side three points behind seventh-placed Philidelphia Union in the Eastern Conference, with 11 matches to go.

While Beckham’s franchise have improved their results over the summer, which saw them go seven matches unbeaten in July and August, a 4-0 home defeat to New York Red Bulls on Saturday sent them crashing back down to earth. 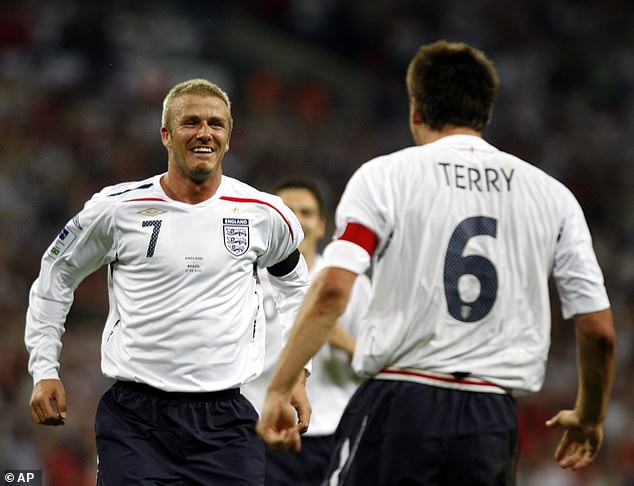 A woman who went viral 2 years ago for marrying the man who caught the...

A royal expert who was labelled a ‘toxic racist liar’ by Harry and Meghan’s ‘Sussex Squad’ and let go...

Powerhouse Raiane Lima is a notable character. Subsequent to...
Movies

A royal expert who was labelled a ‘toxic racist...
Entertainment

They recently soaked up the sun during speedboating trip...
News

Travis Barker has revealed that he was admitted to...
Bio

John Travolta took to Instagram on Saturday night to...
- Advertisement -