President Joe Biden is reportedly losing the support of some of his most reliable cheerleaders — Hollywood celebrities who dutifully propagate White House talking points to their millions of social media followers.

In a recent White House call with dozens of celebrity Democratic backers, the mood was angry and despairing over the Biden administration’s inability to push its agenda forward, especially in light of the Supreme Court’s recent reversal of Roe v. Wade , according to a CNN report.

NBC’s Will & Grace star Debra Messing was especially angry, reportedly putting her buyer’s remorse on full display by yelling and claiming that she had gotten Biden elected. The left-wing actress demanded to know why she was being asked to do anything at all, saying there didn’t even seem to be a point to voting.

Others wondered why the call was happening at all, CNN reported.

“Debra Messing was fed up. The former “Will & Grace” star was among dozens of celebrity Democratic supporters and activists who joined a call with White House aides last Monday”

Yeah… they actually began this piece with that paragraph.

The call doesn’t appear to have changed much. Later the same day, participants reportedly received a follow-up e-mail with a list of talking points to spread and suggestions of Biden speech clips to share on TikTok.

Debra Messing is one of the Democrats’ most reliable Hollywood cheerleaders and attack dogs, regularly railing against former President Donald Trump and his supporters. She has wished physical violence on Trump and has even spread fake news about the former president. 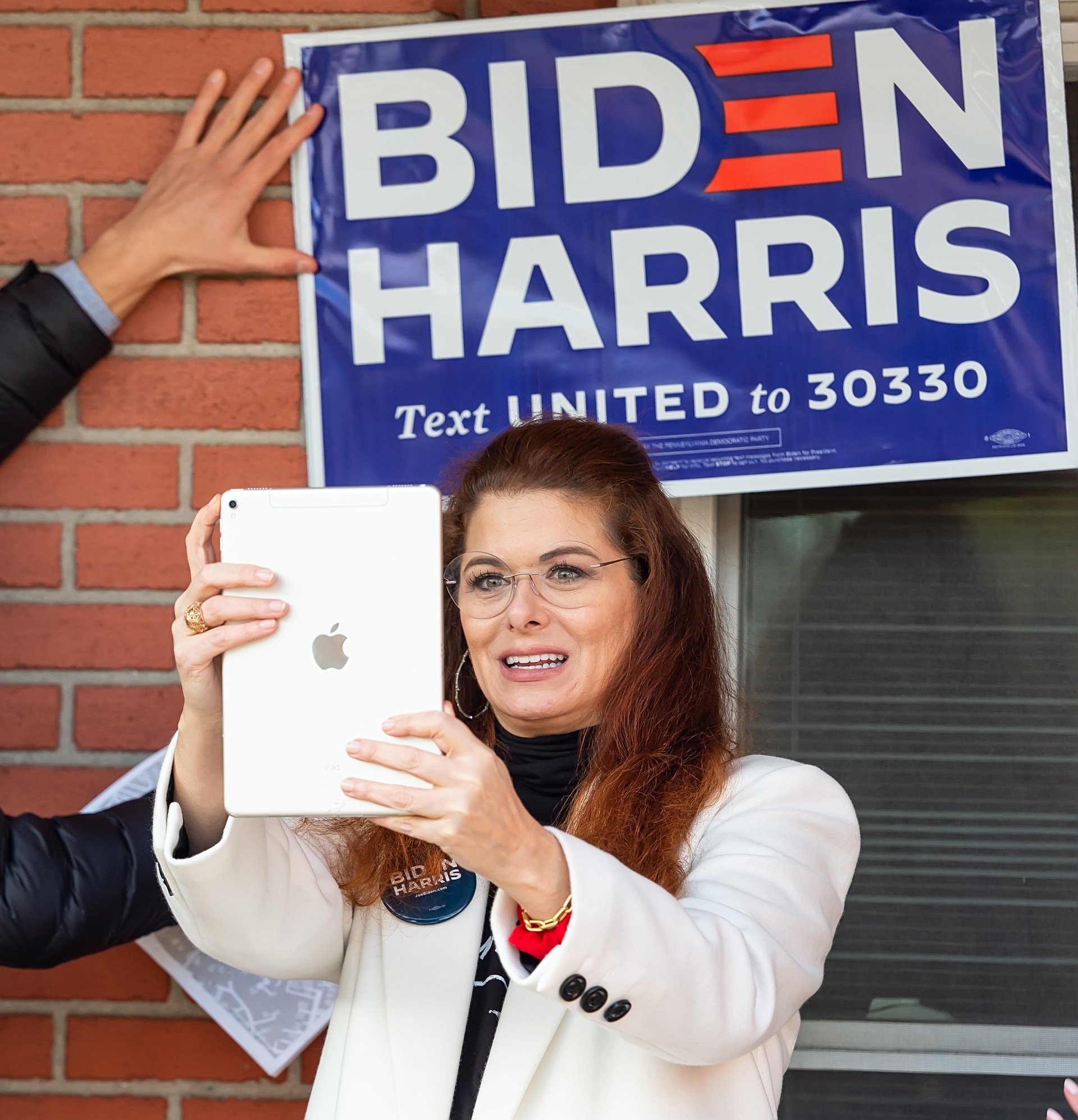 Actress Debra Messing attends Get Out the Vote to encourage voters to cast their ballots for the Biden-Harris ticket and Democrats down-ballot on October 31, 2020 in Jenkintown, Pennsylvania. (Gilbert Carrasquillo/Getty Images)

During the 2020 presidential race, the actress campaigned assiduously for Biden, describing him as “compassionate, decent, stable.”

I love this man. He’s compassionate, decent, stable, and READY on Day 1! Let’s do this #America! #BidenHarrisLandslide2020

She also called him “the man for this moment… He is EXACTLY what America needs now.”

Hollywood elites not only aggressively promoted Biden, they helped bankroll his 2020 campaign with lavish fundraisers that raised millions of dollars for the Biden-Harris ticket.

The vast majority of Americans now believe the country is heading in the wrong direction under President Biden as soaring inflation, out-of-control energy prices, supply chain breakdowns, and the likelihood of a deep recession have put American families on edge.

An Associated Press/NORC poll has found that 85 percent of Americans believe the country is heading down the wrong track, up 36 percent from January 2021, when President Biden assumed office.

Follow us on Telegram for the latest updates: SBS Transit has responded to the report of a bus...

Philadelphia police are looking for a man who crashed his car along Roosevelt Boulevard early...

What was Margot Kidder's Net Worth?Margot Kidder was a Canadian-American actress who had a net worth of $300 thousand...
- Advertisement -

Crime in Los Angeles, California is getting worse by the day.  One of the latest stories that is attracting major...

In this episode, I spoke with Kathleen Porter-Magee, Adjunct...
News

No matter how upset you are, don’t threaten your partner with break up unless you mean it