Diversity star Ashley Banjo said he is ‘massively proud’ of his group’s Black Lives Matter dance routine after it received a BAFTA nomination this week.

Appearing on Saturday night’s The Jonathan Ross Show, the dancer, 32, will touch upon the impressive routine, which took place during Britain’s Got Talent in September. 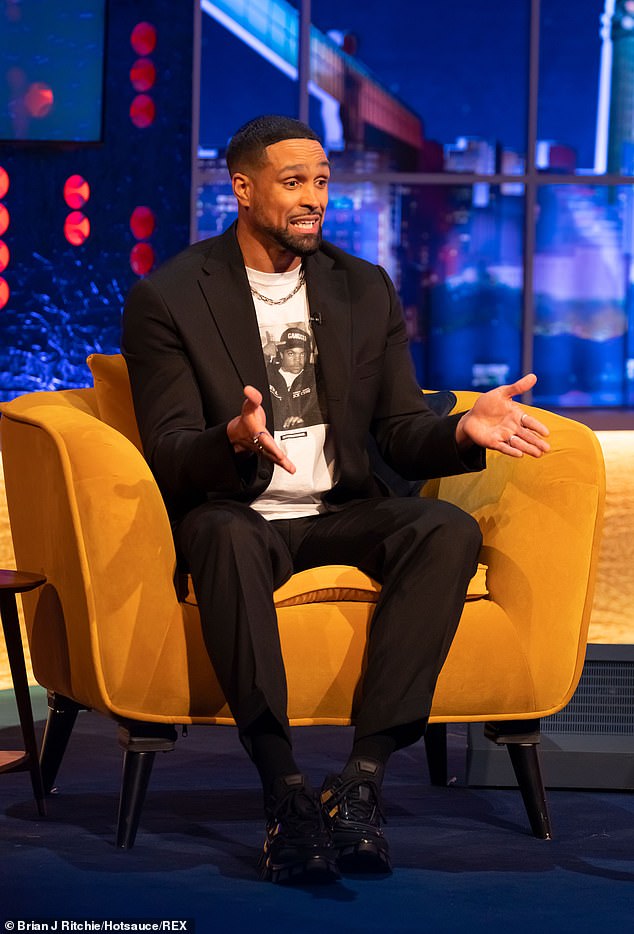 He will add: ‘That performance, it was life-changing, it was incredible.

‘To potentially win a Bafta for something that was controversial when it shouldn’t have been, it will be something that stays with me for the rest of my life.’

Ashley is also set to touch upon the negative feedback the routine received.

Speaking of the controversy, the doting father will say: ‘We thought it would ruffle a few feathers, but not be one of the most complained about moments of the decade.’

He’ll add: ‘The reaction, even still to this day, the online reaction I get on a daily basis is shocking, actually. But I’d do it 100 times over.’

The star also confirms to host Jonathan that ITV were supportive of Diversity.

‘They backed it,’ he’ll say. ‘They put out full-page ads in the press.’

Touchingly, Ashley goes on to reveal just how much the moment meant for his own father.

‘My dad, to see me taking the knee in the national papers across the country.

‘He was like, “I was young when it would say no blacks, no dogs, no Irish and now I’m looking at you in the national press”. 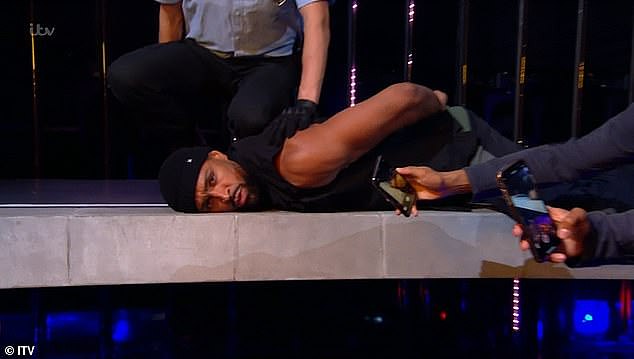 Important: Appearing on Saturday night’s The Jonathan Ross Show, the dancer will touch upon the impressive routine, which took place during Britain’s Got Talent in September

‘He was really touched. That’s progress. Just seeing his face.’

Ashley will also open up about the call he received from Prince Harry and Meghan Markle after Diversity’s performance aired.

He says: ‘We had a really lovely chat. Made me sort of realise, way before their [Oprah] interview, they spoke me through some stuff and really opened my eyes to some of the stuff they’d been through.

‘I was like, wow, this is real and if anyone understood it, they did, about where I was at, in the midst of a storm. 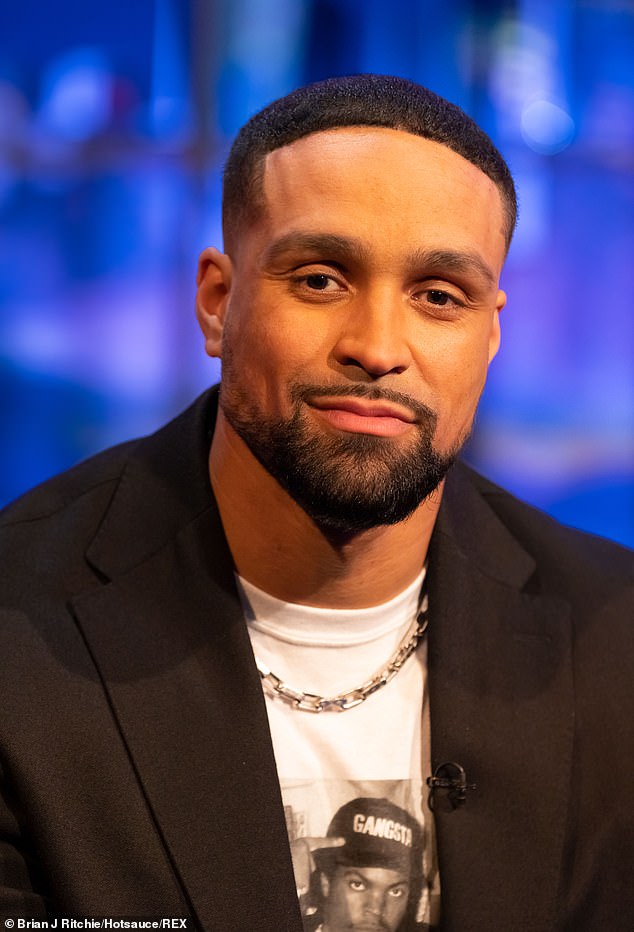 ‘It was basically front page news for about three weeks. I still can’t really understand why.

‘It was huge and people were talking about it. They said, ‘listen we understand what it’s like to receive that sort of negativity.’

There was fury on Tuesday as Diversity’s controversial Britain’s Got Talent Black Lives Matter dance routine was today shortlisted for a BAFTA after being nominated by ITV despite being the second most complained-about TV moment for a decade.

Officials were accused of pursuing a ‘woke, political agenda’ by considering the dance for the Virgin Media’s Must-See Moment Award, where it will now go to a public vote alongside five other scenes. 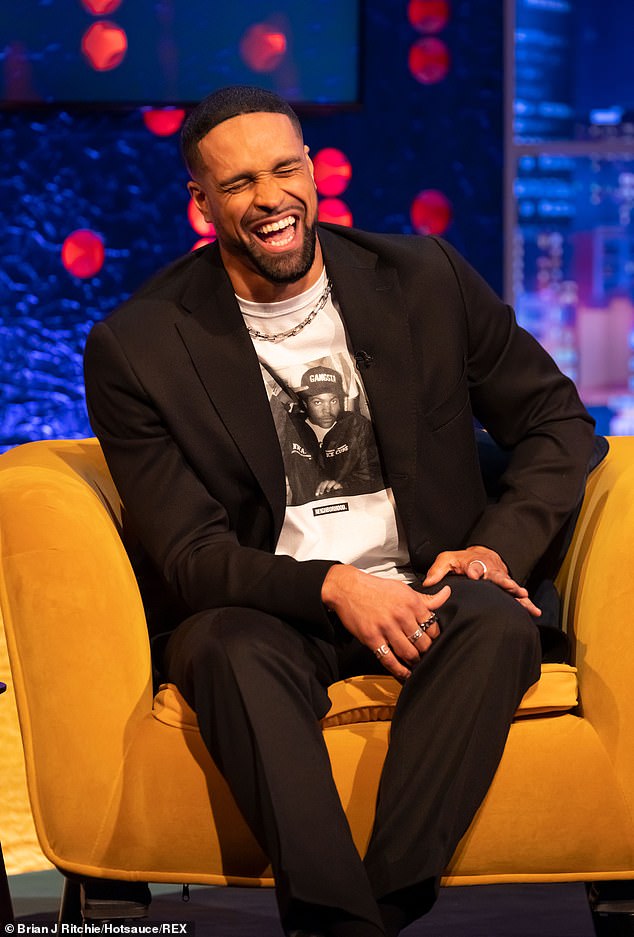 Royal friends: Ashley will also open up about the call he received from Prince Harry and Meghan Markle after Diversity’s performance aired

Led by Ashley, Diversity opened their performance by reciting a viral poem The Great Realisation by the singer Tomfoolery, about the BLM movement and police brutality.

During their performance, the group also narrated the murder of George Floyd at the hands of police officer Derek Chauvin put his knee on his neck in Minneapolis on May 25 for nearly nine minutes.

The flood of complaints put the controversial routine just steps behind Celebrity Big Brother’s ‘punchgate’ which received 25,237 objections in 2018, after Roxanne Pallett falsely accused Ryan Thomas of hitting her.

The Jonathan Ross Show airs on Saturday 1 May at 9:35pm on ITV. 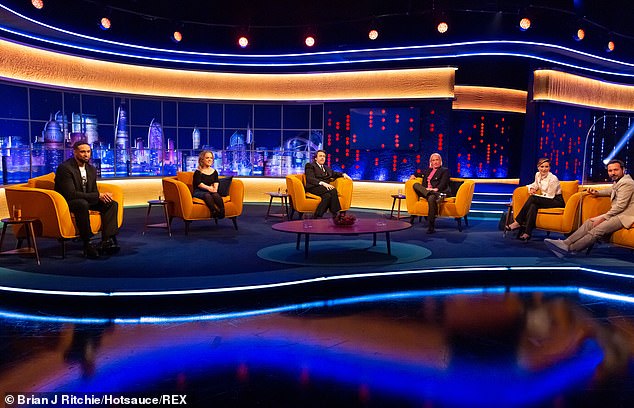 Coming up: On Saturday’s show Ashley will be joined by Vicky McClure, Martin Compston, Ellie Simmonds and Paul Weller 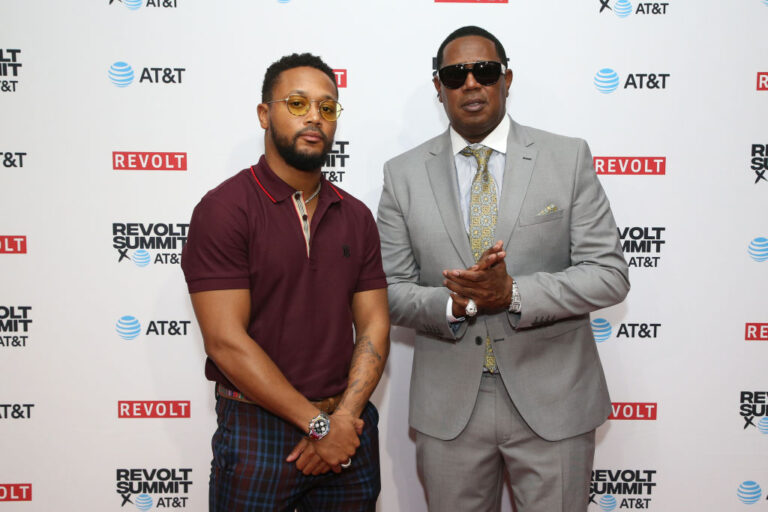 Romeo Miller has left the internet with questions after the 33-year-old took to Instagram on Wednesday with a brief message. Today was a boiling point. A seen a man avoid his own children struggle with suicide and depression but post another man whom passed today that he doesn’t even know. Yall idols be lost. Better… 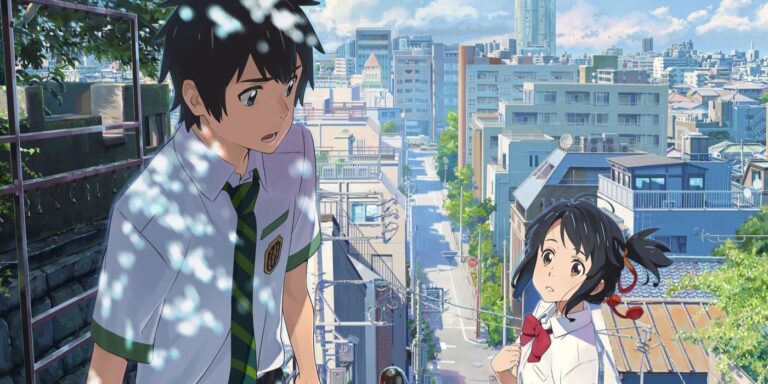 Carlos López Estrada, known for directing Raya and the Last Dragon, will direct and write the live-action remake of the 2016 anime hit Your Name. The live-action remake of the romantic fantasy anime film Your Name has found its director. First reported by Variety, Raya and the Last Dragon‘s director Carlos López Estrada will come… 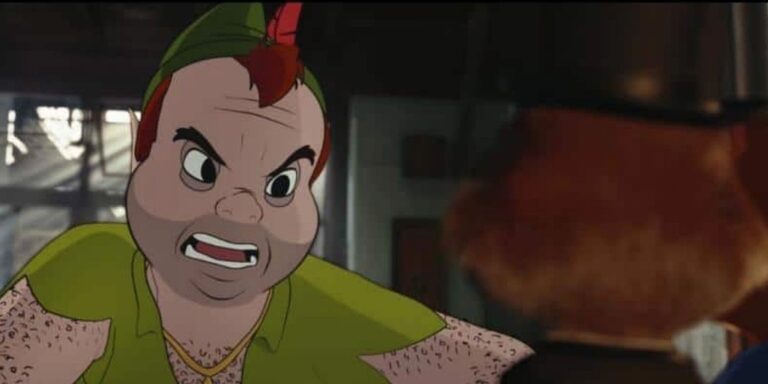 The new Chip ‘n Dale: Rescue Rangers film was an example of how to do reboots correctly. The film featured countless hilarious cameos of various animated characters from numerous franchises over the years, including Zack Snyder’s Batman. Somehow, Disney even got away with an Ugly Sonic character — the horrific version of Sonic people detested…

The Duchess of Cornwall wrapped up warm in a fur-lined hat and cosy brown coat today as she headed for a day at the races in Ascot. Camilla, 74, looked delighted as she headed out of the car to the races, proving her eco-credentials in the seven-year-old outfit. The Duchess wore a brown tweed skirt… 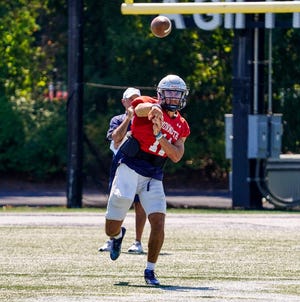 WEST LONG BRANCH – The sequence, tucked within Saturday’s final scrimmage of summer training camp, provided a glimpse of what might be possible for Monmouth in the coming months. It began with a 15-yard pickup by junior receiver Dymere Miller on a jet sweep, before speedy sophomore back Jaden Shirden broke a 43-yard run. And…