DNI says Russia, China, Iran and North Korea want to ‘advance their intent at the expense of the US’

A new annual threat assessment the Director of Intelligence issued Tuesday warns that Russia and China continue to try to assert themselves at the expense of the U.S. – with lesser powers Iran and North Korea also joining the fray.

The 27-page report by DNI Avril Haines warns that China’s great power ambitions, along with the coronavirus pandemic and even climate change, will converge to present the U.S. with security challenges.

‘Beijing, Moscow, Tehran, and Pyongyang have demonstrated the capability and intent to advance their interests at the expense of the United States and its allies, despite the pandemic,’ according to the new 2021 Annual Threat Assessment. 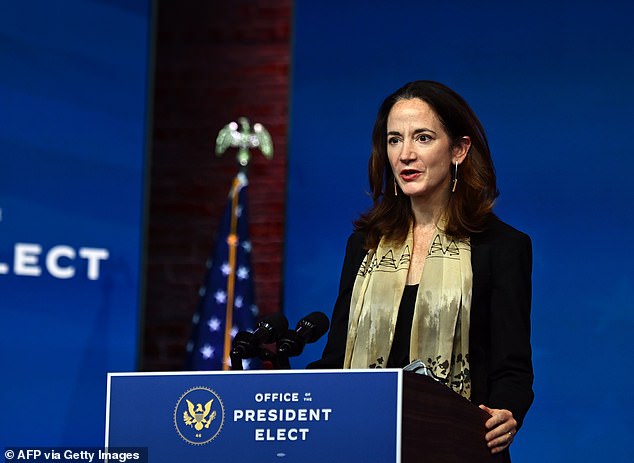 The office of Director of National Intelligence Avril Haines released its 2021 annual threat assessment showing Russia, China, North Korea, and Iran are intent to ‘advance their interests at the expense of the United States and its allies’

The report dropped on a day the White House said President Biden spoke to Russian President Vladimir Putin amid Russia’s military buildup along the Ukrainian border, and Iran said it would enrich Uranium at 60 percent following an attack at its Natanz facility.

‘The effects of the COVID-19 pandemic will continue to strain governments and societies, fueling humanitarian and economic crises, political unrest, and geopolitical competition as countries, such as China and Russia, seek advantage through such avenues as “vaccine diplomacy,” the report cautioned.

It listed climate threats in its opening paragraphs, amid reports climate envoy John Kerry would be traveling to China.

‘Ecological degradation and a changing climate will continue to fuel disease outbreaks, threaten food and water security, and exacerbate political instability and humanitarian crises,’ it said. 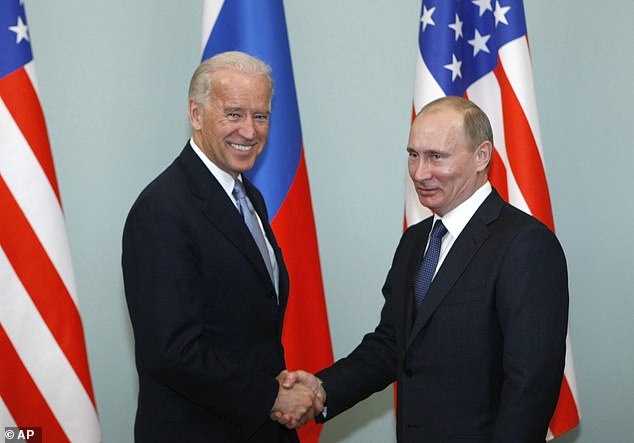 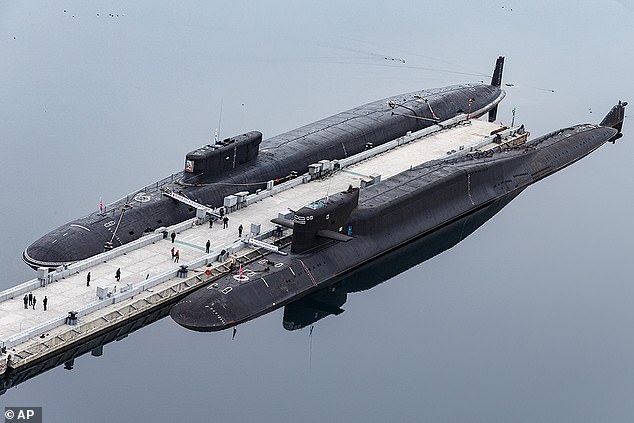 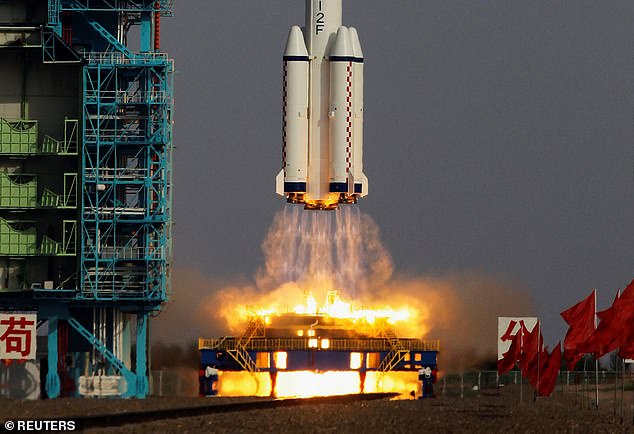 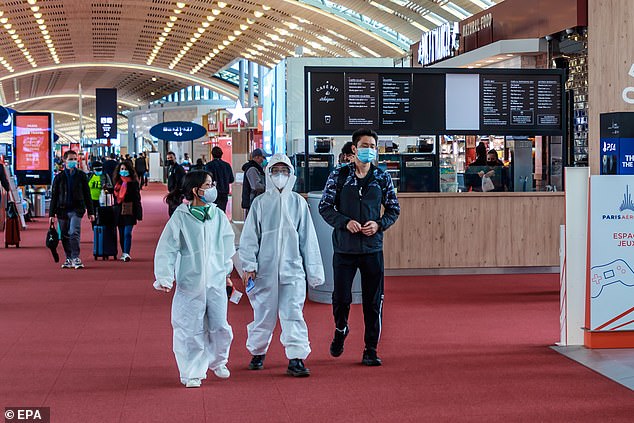 epa09130165 Passengers wearing PPE and face masks walk at the Terminal 2 at the Roissy Airport, near Paris, 11 April 2021 (issued 12 April 2021). The pandemic will continue to pose security challenges 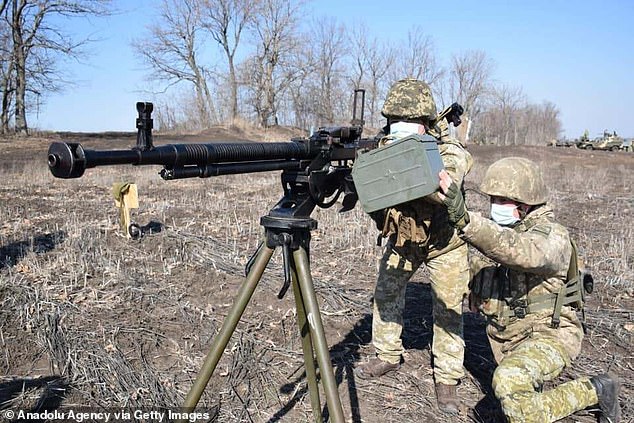 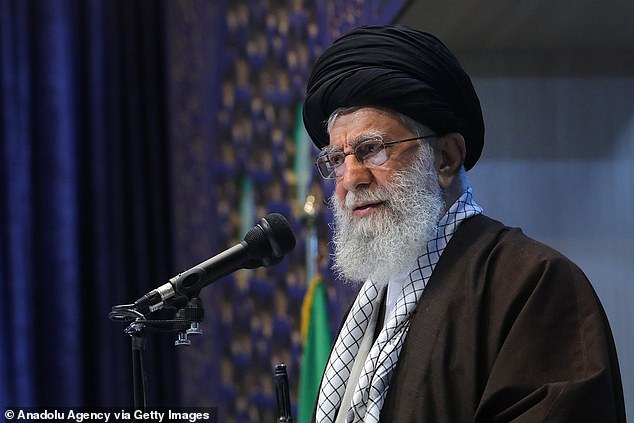 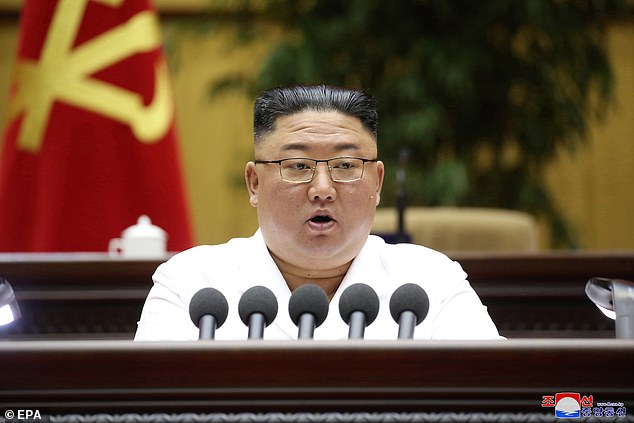 ‘The Chinese Communist Party (CCP) will continue its whole-of-government efforts to spread China’s influence, undercut that of the United States, drive wedges between Washington and its allies and partners, and foster new international norms that favor the authoritarian Chinese system,’ according to the document.

Russia will remain a ‘top cyber threat,’ after election interference in 2016 and 2020, the assessment states.

Often those efforts seek to divide the U.S. from its allies, even as the U.S. seeks to rally pressure on Moscow on issues like the detention of opposition leader Alexi Navalny.

Russia ‘will continue to employ a variety of tactics this year meant to undermine US influence, develop new international norms and partnerships, divide Western countries and weaken Western alliances, and demonstrate Russia’s ability to shape global events as a major player in a new multipolar international order,’ according to the report.

China’s efforts extend to space, where ‘Beijing is working to match or exceed US capabilities in space to gain the military, economic, and prestige benefits that Washington has accrued from space leadership.’

The DNI expects a Chinese space station in low Earth orbit ‘to be operational between 2022 and 2024.’ It said China ‘intends to establish a robotic research station on the Moon and later an intermittently crewed lunar base.’

North Korean dictator Kim Jong-un ‘may take a number of aggressive and potentially destabilizing actions to reshape the regional security environment and drive wedges between the United States and its allies—up to and including the resumption of nuclear weapons and intercontinental ballistic missile (ICBM) testing,’ according to the report.

Two summit meetings by President Trump do not appear to have moved the DPRK off its conclusions about nuclear weapons.

‘We assess that Kim views nuclear weapons as the ultimate deterrent against foreign intervention and believes that over time he will gain international acceptance and respect as a nuclear power,’ according to the report.

‘He probably does not view the current level of pressure on his regime as enough to require a fundamental change in its approach,’ it says.

In Iran, who is back at the negotiating table over its nuclear deal, though without direct talks with Washington, crippling sanctions are having an impact, but could bring more confrontation.

‘We expect that Iran will take risks that could escalate tensions and threaten US and allied interests in the coming year,’ according to the assessment.

Madeleine Eiss was a tennis player who died at 18. The beginner tennis player’s demise has shaken online entertainment,...

It’s not common for anime to achieve the universal level of success that’s been experienced by Akira Toriyama’s...

In the middle of this week, the Biden regime stressed the United States’ commitment to helping Ukraine trap Russia...
- Advertisement -