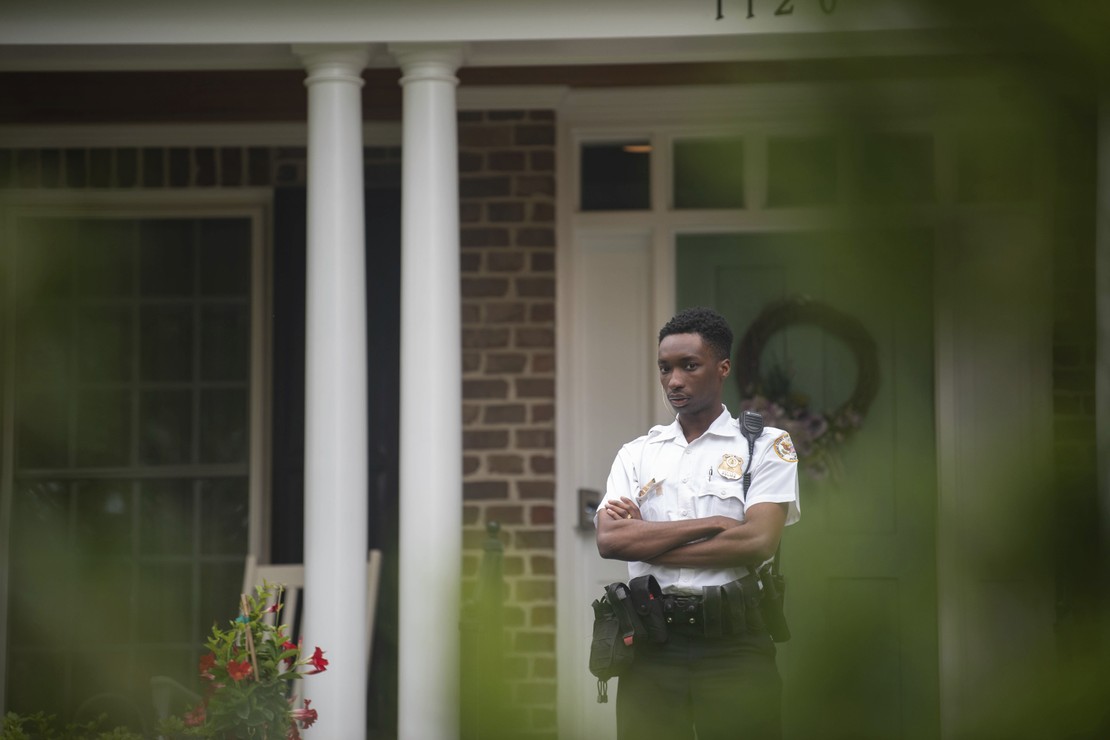 Protesters organized by the radical leftist group Shut Down DC marched to Justice Samuel Alito’s house in Virginia last night. While it is unclear if Alito or his family were home, there was a very visible police presence in front of the home as well as behind the gate in the backyard of the home. The police presence included the state police.

The group had falsely claimed that the SCOTUS draft opinion written by Alito could deprive people of the right to things such as contraception and interracial marriage.

Protestors have arrived in front of Justice Alito’s house. Protestors are lighting a “vigil” for abortion rights, along with other issues protestors are arguing will be threatened, including contraception, interracial marriage, and LGBTQ rights pic.twitter.com/fnxU5ng428

The “vigil” didn’t last long, leaving after about twenty minutes. They left candles burning on the street and shouted curses at the home as they left.

Pro-abortion protesters shout “Fuck you, Alito” and “abort the court” as they leave his house. pic.twitter.com/g5dnB7TcIm

Townhall’s Julio Rosas reported there were about 50 people who showed up. “Abort the Court” could be taken as a threat as well.

Some were upset that it was allowed at all given the federal law against trying to protest judges to influence their decisions. Former federal prosecutor Andrew McCarthy pointed out how the DOJ was very quick to demonize and target parents but not quick at all to apply the federal law in this case to stop the intimidation of the justices. No one has been arrested and the DOJ has not responded to a request from Fox to explain its inaction.

“They are elevating their political interest in portraying the draft Supreme Court opinion as extreme over their constitutional duty to execute the laws faithfully and protect both the Court and the justices,” McCarthy said. “I would note that months ago, when Attorney General Garland unjustifiably dispatched the FBI to investigate parents who were protesting the inclusion of racist and anti-American materials in school curricula, Garland claimed that the Justice Department had an interest in protecting teachers and school administrators. Not only was it untrue that schools were under siege; the relationship between parents and schools is a state and local issue, not a federal one — hypothetically, if a parent were to assault a teacher, it would be a state crime, not a federal one,” continued McCarthy. […]

“By contrast, the protection of the Supreme Court as an institution, and of the justices’ security, are patently federal matters over which federal law-enforcement has clear jurisdiction. It is inexcusable that the Justice Department is so silent and passive now, when it was loud and active over a manufactured controversy as to which it had no jurisdiction,” McCarthy told Fox News Digital.

The White House has still not condemned protesting outside the justices’ homes or called for it to stop. House Speaker Nancy Pelosi (D-CA) has specifically called on the public to act to “improve” the decision. While Pelosi seems to be encouraging bad actors, the Senate passed a bipartisan bill to ensure more security for Supreme Court justices and their families. It still needs to be passed by the House and signed by Joe Biden.

How much does it take to say: “There is a federal law against trying to intimidate justices — pay attention to the law and express yourselves in other ways”? Yet, they refuse to even do that and the DOJ can’t even protect another branch of the government. This is how much the Biden team cares about democracy or norms if they don’t serve their narrative.

Out of the many former Disney Channel stars, Hilary Duff has carved out one of the most unique spaces...

'Where did the baby go?' Expectant mother...

Josh Duggar, of TLC’s 19 Kids and Counting, was sentenced to more than 12 years in federal prison for...
- Advertisement -

Michelle Keegan is set to spend more time away from her husband Mark Wright – who she has been...

Bank holidays are always a highlight for employees; and...
- Advertisement -