Donald Trump’s lawsuit over Twitter ban tossed out by judge 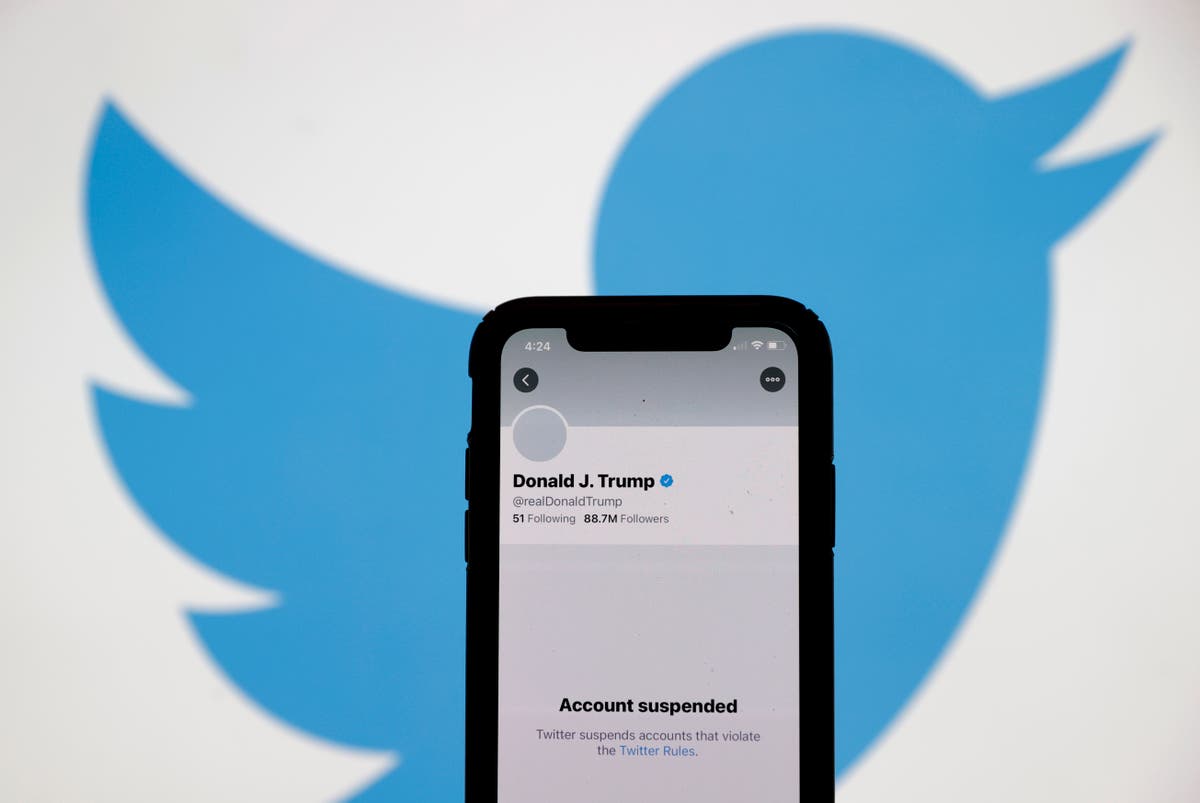 A judge has thrown out Donald Trump’s lawsuit against Twitter that challenged his ban from the social media platform.

The one-term president was kicked off Twitter, as well as other social media pltforms, in the wake of his supporters violently attacking the US Capitol on 6 January 2021.

Now US District Judge James Donato has rejected Mr Trump’s claim that Twitter violated his right to freedom of speech that is gauranteed under the Frist Amendment of the US Constitution.

The deadly attack to prevent the certification of Joe Biden’s election victory, came after Mr Trump gave a speech outside the White House in which he repeated his false claims about his defeat, which has been upheld by judges in courtrooms across the country since November 2020.

When Mr Trump’s lawyers filed his case in the San Francisco court in 2021, they stated that the company, now subject to a $44bn takeover from Tesla CEO Elon Musk, “exercises a degree of power and control over political discourse in this country that is immeasurable, historically unprecedented, and profoundly dangerous to open democratic debate.”

Mr Trump had more than 88m followers when his account was suspended by Twitter, and he has since gone on to set up his own platform Truth Social.

In his 17-page writtenruling, the judge wroite that Mr Trump and the five other plaintiffs in the class action lawsuit against Twitter “are not starting from a position of strength” with a First Amendment claim.

And he added: “Overall, the amended complaint does not plausibly allege that Twitter acted as a government entity when it closed plaintiffs’ accounts.”

Victims of the Buffalo mass shooting who all...

Truss had previously warned the U.K. would have “no...

When Mike Lindell questioned the 2020 election, liberal retailers didn’t like it. They threatened Mike with millions of dollars of...

The irony in Bruno Guimaraes slamming the Champions League door in Arsenal’s face on Monday night was inescapable.The interest...

Lizzie Cundy has revealed that her friend Coleen Rooney ‘never wanted’ the Wagatha Christie controversy between herself and Rebekah...

Trevorrow continues, “To even to get geographically into...
News

The Public Relations Officer of...
News

10 TV Shows Where Everything Went Right For The Main Character

Most of the time, TV protagonists are faced...
News

Joey Beauchamp killed himself as he struggled with depression, coroner rules