By FRANK KUMMER, The Philadelphia Inquirer

COATESVILLE, Pa. (AP) — An aging metal sign erected by the Chester County Historical Society in 1908 stands partially obscured by a tree along a curvy rural road in tiny Newlin Township to commemorate the Lenape people buried on the knoll just above.

Carol McCloskey has owned that knoll, now dense with woods, since 1987.

Now planning her estate, she wants to donate the property, preferably to Native Americans, to ensure its preservation. But finding a good steward for the land has been more complicated than she thought. So far she’s found no takers for her half-acre lot, the only officially recognized Native American burial site in Chester County.

“I thought it should go to the rightful owners,” McCloskey said, referring to the Lenape people. Previously, she had no luck trying to donate the land to a federally recognized tribe, and now is restarting the process and willing to expand the pool of potential recipients.

“I want to give it to someone who appreciates it,” she said. “I want the right people to have it.”

The burial site is a leftover wedge sliced out of the 170 acres, known as Indian Knoll Farm, McCloskey subdivided into 10-acre lots in 1987. The few motorists humming along Brandywine Drive each day likely don’t even notice the sign or the property as it rises steeply above the road.

McCloskey, who lives in nearby Willistown Township, has a conservation easement that ensures the land can never be developed. Because of that, it is assessed at $500 and the taxes are only a few dollars a year.

“My daughter and I have been trying to donate this for a couple of years,” McCloskey said. “But the Lenape group years ago moved out west. So there’s no one around to talk to or deal with in Pennsylvania. As a burial ground, you can’t do anything with it. It’s overgrown. It just sits there.”

McCloskey’s daughter, who was handling matters for her, reached out to a Native American organization a few years ago but had no luck.

The federal government officially recognizes 566 Native American Indian tribes and Alaska Native entities, all of which are independent political communities. The two tribes associated with the Lenape are in Oklahoma: the Delaware Nation in Anadarko, and the Delaware Tribe of Indians in Bartlesville.

Representatives of both groups in Oklahoma told The Inquirer that they wanted to learn more but that any discussion about taking possession of the far-off land would have to take place with their leadership.

Erin Thompson-Paden, the Delaware Nation historic preservation director, said the decision is something that would have to be considered by the executive council.

McCloskey was able to get in contact with Thompson-Paden this week through email and begin a conversation. She has also been in touch with Conor Hepp, the president of the Chester County History Center, formerly the county Historical Society, which erected the historical marker.

Hepp cited a 1879 document that notes the importance of the site: “There is a place near the Brandywine, on the farm of Mr. Marshall, where there are yet a number of Indian graves that the owner of the ground has never suffered to be violated. One of them, probably a chief’s, is particularly distinguished by a head and foot stone.”

Under the account, members of the Philosophical Society of West Chester in I878 found the knoll 300 yards to the north of Brandwyine Creek. The Lenape had rights to the land a mile on each side of the creek.

“The exploring party found traces of at least 30 graves, indicated by shallow depressions, but originally there was a much larger number … the plough has been gradually encroaching upon the cemetery, all signs of many of the graves having been entirely obliterated,” the document notes. “The portion yet protected by the receding grove, however, has never been disturbed. Four of these burial places were opened.”

One skeleton was found “stretched at full length on the back, from east to west” with 19 “spherical, opaque, milky-white, Venetian beads, each about an inch in diameter,” draped around the neck. Pictorial etchings likely denoting the importance of one of the skeletons were unfortunately “carelessly thrown into the public road some time ago. …”

Hepp shared a separate document on the history of Newlin Township that mentions that another grave was opened in 1899 containing remains believed to be those of a Native American measuring 6-foot-1, whose body was pointing east and accompanied by glass beads and copper objects.

A History of Newlin Township

The Lenape had a long, ultimately tragic, history in the region.

Europeans gave the name Delaware to people who lived along, or near, the Delaware River. The river, however, was not given its name by Native Americans. It was named after the 12th Baron De La Warr, who was governor of Virginia at the time.

Rather, the native people referred to themselves as Lenape (len-NAH-pay), meaning simply “The People.” They were part of the Algonquian language family, and among the first groups to encounter European settlers in the early 1600s.

The Europeans signed treaties with the Lenape, whose culture had no concept of owning land, and believed they were agreeing to what amounted to leases for use of property. As a result, bands of Delawares were left landless, and migrated to various states, eventually ending up in Oklahoma and Canada.

Dawn Marsh, a Purdue University associate professor who has studied Native American life in the Delaware River Valley, said many cemeteries were long ago looted or built over. Amateur collectors in eastern Pennsylvania had a long history of plundering native remains and graves without regard, she said.

She said many native people who remained behind became impoverished. Marsh wrote a book chronicling the life of one such Lenape, Hannah Freeman. She is often called the last Lenape who lived in the area, though Marsh said that’s not really accurate.

There was some belief that Freeman, who was born in 1730 and died in 1802, could have been buried at the site on McCloskey’s land. A nearby street bears the name Indian Hannah Road.

However, Marsh said that although Freeman’s specific burial site remains unknown, the most likely location is the potter’s cemetery next to the defunct Chester County Poorhouse, where her name is on the rolls as Indian Hannah. The potter’s cemetery was neglected after the poorhouse closed and the land is now part of Natural Lands Trust’s Cheslen Preserve, not far from McCloskey’s property.

An account of Freeman’s life in 1797 by an overseer for the poor in Chester County gives a glimpse into what Lenape endured. She was born in a cabin in Kennett township, according to an account cited in the Pennsylvania Magazine of History and Biography. Her family moved to Newlin in summers to plant corn, and she had a cabin about half a mile from McCloskey’s plot.

“The Country becoming more settled the Indians were not allowed to Plant Corn any longer her Father went to Shamokin and never returned,” goes the account. “The rest of the family moved to Centre in Christiana Hundred, New Castle County and lived in a Cabin on Swithin Chandler’s place they continued living in their Cabins sometimes in Kennett and sometimes at Centre till the Indians were killed at Lancaster soon after which, they being afraid, moved over the Delaware to N. Jersey and lived with the Jersey Indians for about Seven Years. …”

The account makes reference to the Paxton Boys massacre in 1763 when a group of white “frontiersmen” attacked and killed 20 Native Americans near Lancaster. No one was ever prosecuted.

After Freeman’s mother and grandmother died, she eked out a living weaving baskets, until she died at the poorhouse.

As for McCloskey, she plans to keep looking for someone who wants to see the site preserved for Native Americans.

“It’s a beautiful area,” she said. “It’s along the Brandywine Creek. Back there it’s just gorgeous. A beautiful site.”

The Beverly Hills home of late Hollywood legend Kirk Douglas and his wife Anne, who passed away in April at 102 just 15 months after her spouse’s death at the age 103, was listed for $7.495 million earlier this month. The stunning 1920s property, located in one of the country’s most expensive and exclusive neighborhoods, has… 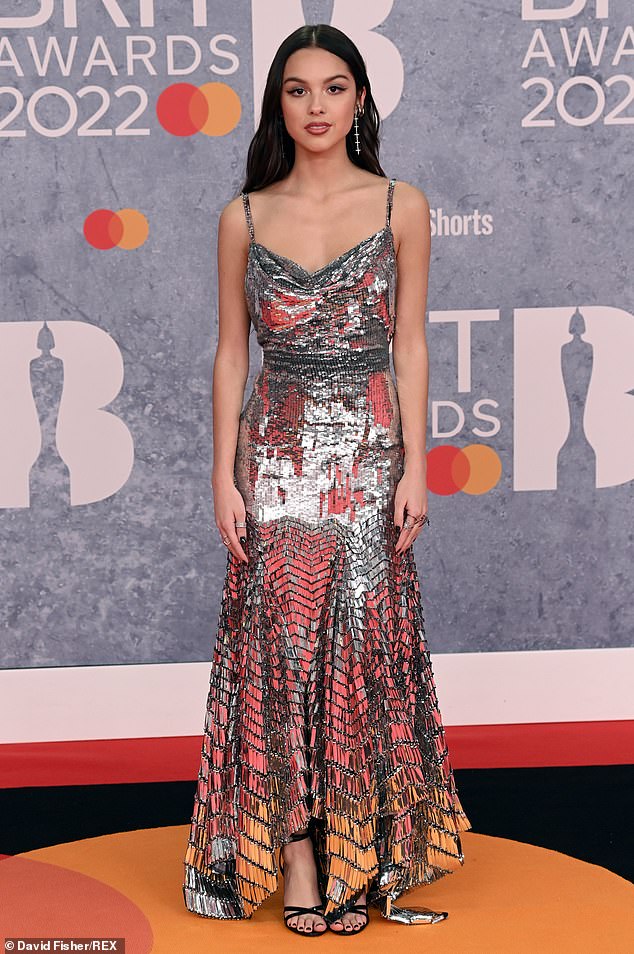 Olivia Rodrigo looked stunning as she arrived at the Brit Awards at The O2 Arena in London on Tuesday. Slipping into a breathtaking silver gown, the hit-maker, 18, cut an ethereal figure as she took the red carpet by storm. Wearing her long brunette hair loose, the teen sensation effortlessly worked her best angles for… 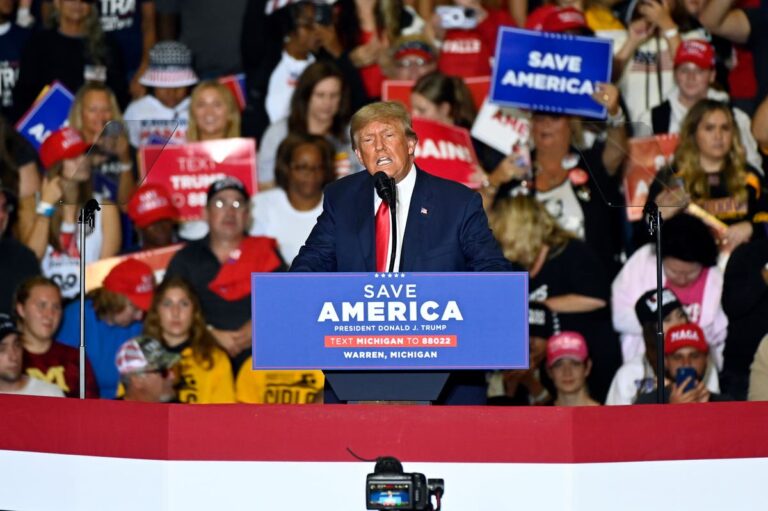 The EU looks set to cool the bitter Brexit standoff over sausage exports from Britain to Northern Ireland by agreeing a three month extension to the grace period. In a potential breakthrough in the row, Brussels has signalled it is open to the UK’s request to keep transition arrangements on chilled meat sales until the… 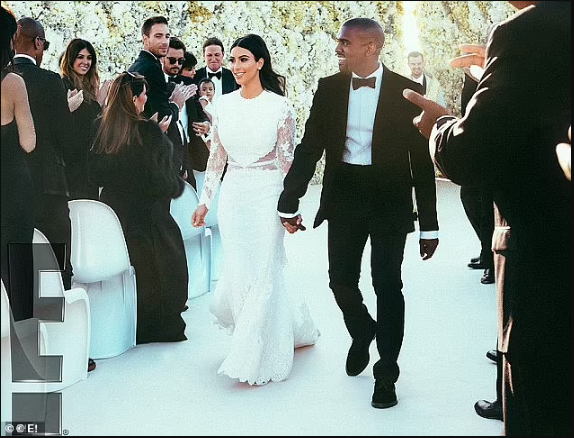 Kim Kardashian has confessed that her marriage to ex-husband Kanye West was her ‘first real’ one after walking down the aisle two times before.   Kim and Kanye – who recently settled their divorce – wed in 2014 during a lavish ceremony in Florence, Italy after three years of dating.   ‘I feel, like honestly, my last marriage was my first real,’ she confessed to Gwyneth…

This evening, President Biden delayed departing for his Delaware beach house that will soon be underwater because of climate change to see if his pair of “Build Back Better” bills would be voted on in the House: As his agenda flails in the House, Biden won’t leave for weekend in Rehoboth until at least 6…