A generation ago, infertility was a lifelong sentence. Medicine could offer no help and couples had to choose between adopting or remaining childless. Now, IVF — and all its satellite services, from egg-freezing to sperm donation — promises women they can have it all.

The past four decades have seen astonishing advances in science and technology, which has meant fertility is now considered a right; something to be expected and fixed. An entire private industry has sprung up around the promise that everyone, regardless of biology, can be a parent. Focus on your career and relationships and see the world, and when you’re ready to settle down, medicine will step in and help you defy the odds by becoming pregnant.

But women have been sold a lie. As far as nature is concerned, having a child is not a right but a biological privilege — and one with a tight time frame. Delay at your peril. While science may allow us to improve the odds, slightly, it is far more limited than those in the IVF industry would have us believe. 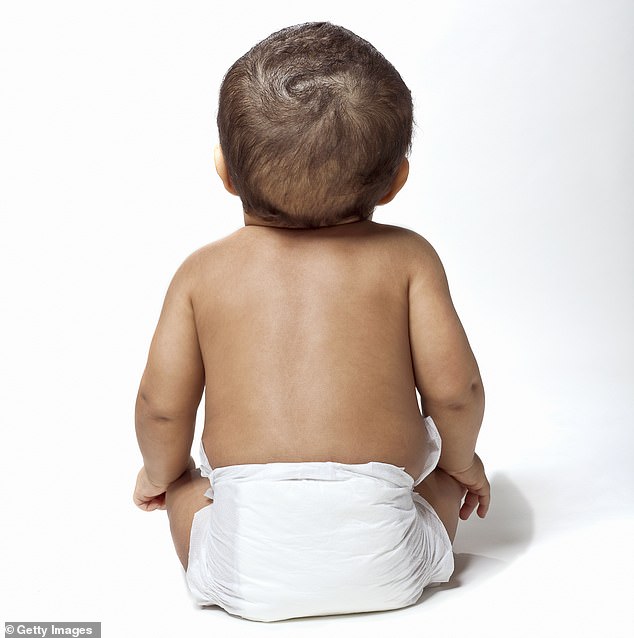 IVF doctors champion their speciality and the incredible advances made in recent years in their field, but many other doctors are more reticent.

Working in mental health, I have seen the fall-out of women who have left motherhood until their late-30s or even early-40s under the impression they can buy their way there. When they fail to do this, they are racked with grief and guilt that they left it so late.

Among women aged 42 to 43, just 3 per cent will end up with a baby. For those over 44, the success rate is 1 per cent. The message from these statistics should be that IVF rarely works and women shouldn’t bank on it being able to help them.

Yet women have been falsely reassured IVF will give them what they want. Something needed to change. Last week, it was announced that IVF clinics must finally be clear with patients about their success rates and charges, under new guidance from the Competition and Markets Authority.

About time. IVF operates in the Wild West of medicine. While there are strict guidelines around its procedures and processes, there is little regulation over the promises it makes.

Clinics are free to play on people’s emotions and downplay the risks or chance of failure.

NHS guidelines recommend that women under the age of 40 should be offered three cycles, and those between 40 and 42 offered only one.

It is not recommended over the age of 42 at all, owing to the incredibly low success rate.

However, this opens up a whole lucrative market for private clinics, which can target women who are desperate and aware that time is rapidly running out. 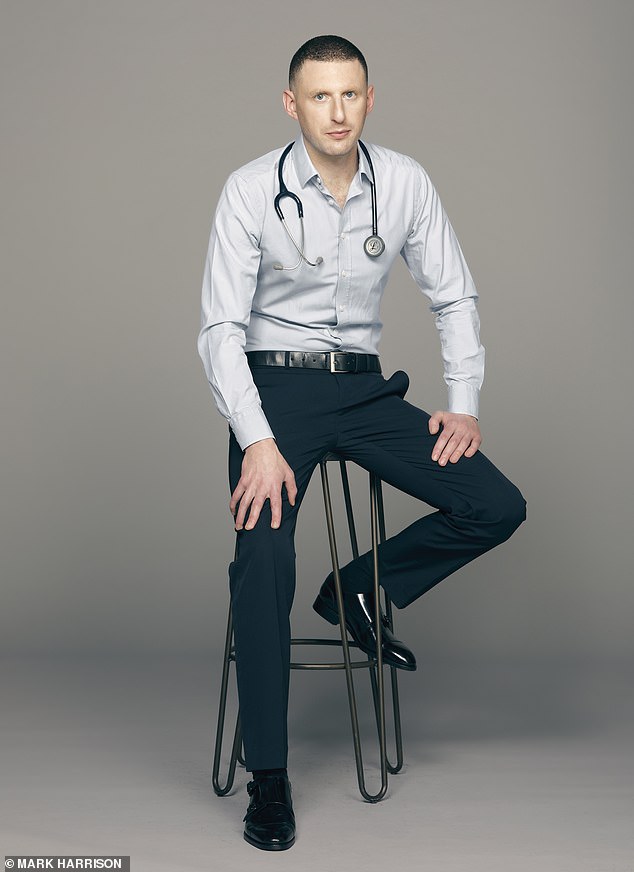 Dr Max (pictured) said there’s incentive for clinics to overstate the success of IVF to encourage women to delay trying for a baby, so they will need costly procedures later on

Some clinics charge up to £20,000 per IVF cycle, despite the Human Fertilisation and Embryology Authority (HFEA) advising it should not cost more than £5,000. The price often increases because clinics offer ‘add-ons’, treatments that supposedly help the chances of a successful pregnancy.

However, a research project led by Carl Heneghan at Oxford University found the majority of these add-ons were unnecessary, with some having no evidence backing them up at all.

Too many in the IVF industry are little more than snake-oil salesmen. There’s also a perverse incentive for clinics to overstate the success of IVF to encourage women to delay trying for a baby, and thus ensure they will need increasingly costly procedures later on.

Yes, for some women these clinics might offer hope — and even the slimmest glimmer is, for many, better than nothing.

Bosses got into trouble after an employment tribunal found they should not have told an employee to take off her headphones as it helped with her anxiety. Am I the only one who rolls his eyes at these kinds of stories? It seems that mental health is increasingly being used by people to demand what they want.

But it’s not just the appallingly low success rates of IVF that are ignored. The psychological aspects of going through this procedure — especially for older women who have a sense of panic as time moves on — are also routinely brushed under the carpet by the industry.

Couples embarking on IVF for the first time will struggle to appreciate quite how gruelling, exhausting, disappointing, frustrating and, ultimately for many, futile it will be. Even for those for whom it is successful, the toil of treatment can leave nerves frayed and relationships rocky.

But because the technology exists, there is an assumption that those who struggle to conceive must go down the IVF path without question. People don’t talk so much about the negative impact of IVF, so the psychological and physical strain couples are placed under, the true cost, is never properly aired.

There’s a sense that this treatment is sold as a definitive answer to infertility — a cure-all, even — when the reality is much less straightforward.

The brave new world of reproductive technology — ushered in with the birth of Louise Brown, the world’s first test-tube baby, in 1978 — promised a cure to the alleged blight of infertility. Yet this has not proved to be the case.

It still fails more often than it works. That’s pretty poor odds for something that is so costly and so draining.

Vaccine boss is a true Dame 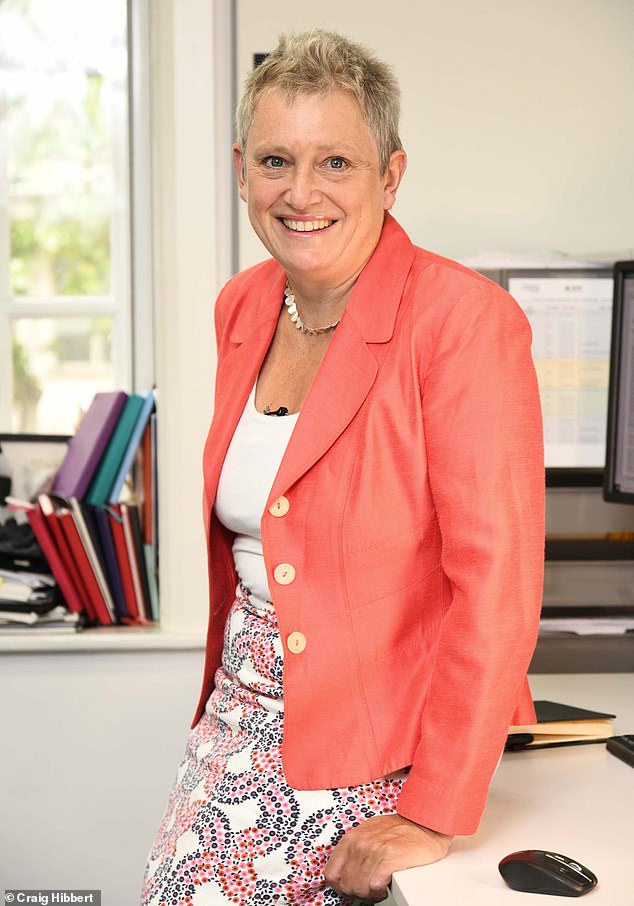 I’ve often thought that honours go to the wrong people — fading pop stars and celebrities are given gongs, while the amazing work and dedication of so many regular people goes unnoticed and unrewarded.

I think of the nurses I work with who care for incredibly unwell people with severe mental illness, and who go above and beyond to help them, and yet get no recognition for this. Then some actor in a soap who does a bit of charity work to raise their profile gets a gong. It seems unfair.

So I was very pleased to see that the Queen is to honour Kate Bingham with a damehood. Surely we all owe this woman an enormous debt of gratitude. As head of the UK Vaccine Taskforce, she presided over an astonishing vaccine roll-out programme that has been the envy of the world and made us proud to be British. Her work has had a dramatic effect on everyone in this country. Thank you, Kate, and congratulations on becoming a Dame — richly deserved.

I’m very angry. There are times when DNR forms are indicated depending on someone’s medical condition, but the slapdash, uncaring way it has been communicated to patients and families is shameful. It smacks of a total lack of respect for those with mental illness, as though having one of those conditions is reason alone not to try to resuscitate someone. 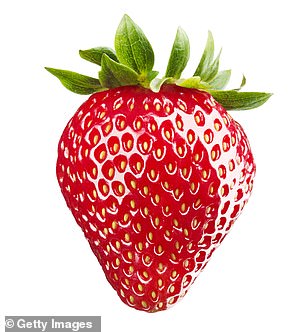 This year’s crop of British strawberries seem extra delicious and juicy. I’ve been eating a punnet every evening for the past few weeks. Studies have shown they reduce cholesterol when eaten regularly.

Containing alpha-linolenic acid, a fatty acid linked to mood, they have also been proven to boost the brain’s happy chemicals serotonin and melanin. Make mine a double helping!

Both the prosecution and the defense in the trial regarding the death of Ahmaud Arbery have rested and closing arguments are expected on Monday. One thing has become increasingly clear, however. Roddie Bryan’s attorney, Kevin Gough, is either crazy like a fox or too incompetent to be defending anyone in a court of law. I’m…

A group of Insulate Britain activists have arrived at the High Court, where they could face jail for allegedly breaching injunctions aimed at curbing their climate change protests – but one eco-zealot has not turned up because she is attending another demonstration. Nine people were due to face contempt of court proceedings at the Royal…

Old Dominion University has placed Allyn Walker, a transgender assistant professor of sociology and criminal justice, on administrative leave following the professor’s advocacy for the destigmatization of pedophilia. Walker sparked outcry after arguing that the term pedophile should be replaced by the euphemism “minor attracted persons” or “MAP” in a talk with the Prostasia Foundation,…

On a Saturday morning in 2013, I was alone, sitting on the floor of a dirty grocery store bathroom staring at two pink lines on a First Response pregnancy test and feeling a surge of panic. I was 18 years old, a freshman in college, and living with my parents — and my 10-month-old baby,…

The European Commission President Ursula von der Leyen has said everyone entering the EU should be made to take a PCR test.  In Brussels on Thursday, Mrs von der Leyen asked EU leaders to reintroduce tests, both pre-departure and on arrival. The bloc-wide strategy is an attempt to contain the spread of the new omicron variant,…