Emirates passengers were horrified after hearing a loud bang 45 minutes into their flight before realising the plane had completed almost the entire 14-hour trip with a hole in its side.

The A380 took off from Dubai and landed at Brisbane International Airport at 10.45pm on Saturday.

Passengers said they heard the alarming noise shortly after departure and had no clue about what was going on during the long-haul flight. 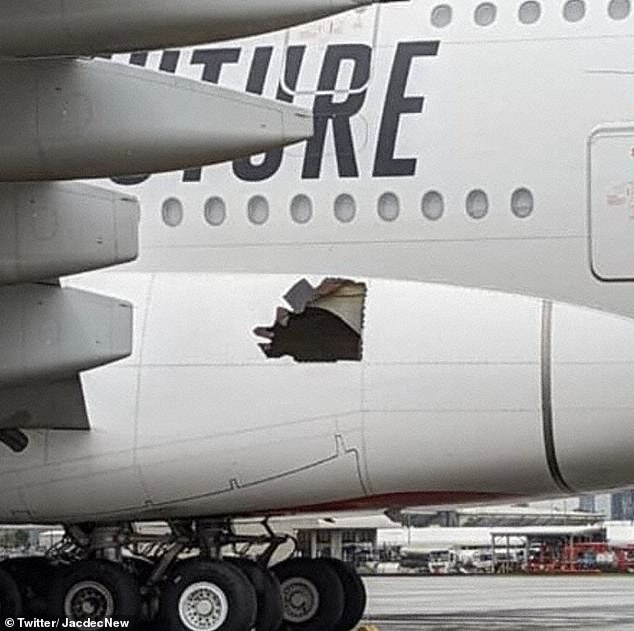 It was only when they disembarked that they noticed a large gaping hole had been torn in the left fuselage.

Patrick, a passenger on the plane, said airline crew were calm and relaxed despite the concerning sound of the bang.

‘There was a loud bang and I felt it through the floor as well,’ he told the Courier Mail.

‘The cabin crew remained calm, stopped the food service and got on the phone and checked the wings, engines.’

Fellow passenger Chris said the remainder of the flight went smoothly and he was surprised to have later discovered the hole in the side of the plane.

‘Before we landed they told us we had to land on a different runway and get an engineer to inspect the plane for a suspected landing gear problem,’ he said.

The hole is understood to have been caused after a bolt detached in the nose gear. 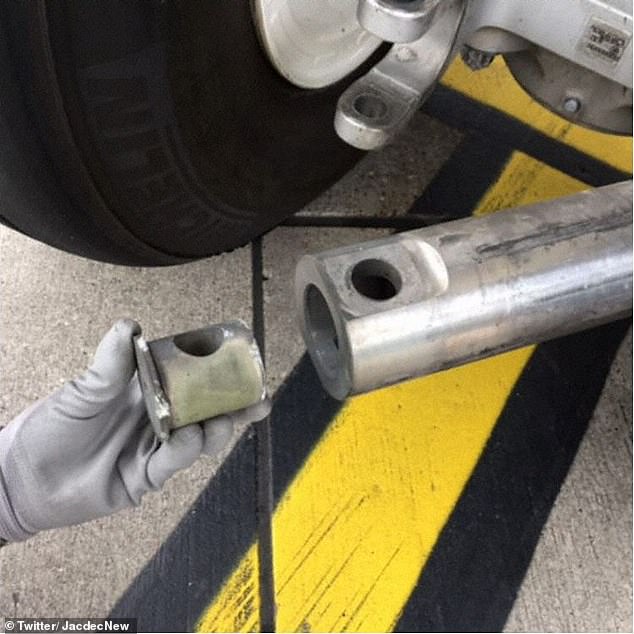 Patrick, who was riding on the plane, said airline crew appeared calm and relaxed despite the concerning loudness of the bang

An Emirates spokesperson told Daily Mail Australia the aircraft was being repaired.

‘Our flight EK430 flying from Dubai to Brisbane on July 1 experienced a technical fault during cruise,’ the spokesperson said.

‘The aircraft landed safely in Brisbane and all passengers disembarked as scheduled.

‘The aircraft will remain in Brisbane for assessment and repairs. The safety of our passengers and crew has always been our top priority.’

Trace Cyrus says “mindset is everything” as he showed off his body transformation.The musician took to social media Thursday...

Thursday, during an appearance on FNC’s “The Ingraham Angle,” former Secretary of State Mike Pompeo offered details of his...

What is Henry Blodget's Net Worth and Salary?Henry Blodget is an American businessman, investor and journalist who has a...
- Advertisement -