Endangered brush-tailed bettong is reintroduced to mainland Australia in SA

A group of tiny endangered marsupials have been reintroduced to South Australia after the species disappeared from the mainland more than 100 years ago.

The brush-tailed bettong once lived across more than 60 per cent of mainland Australia but the species was pushed to the brink of extinction by predators like feral cats and foxes.

Bettongs, also known as woylies, have since survived in small pockets of Western Australia, inside fenced animal sanctuaries and small islands off the coast of SA.

This week 40 of the rare marsupials were released across two sites at Dhilba Guuranda-Innes National Park on the Yorke Peninsula, as part of the Marna Banggara national rewilding project. 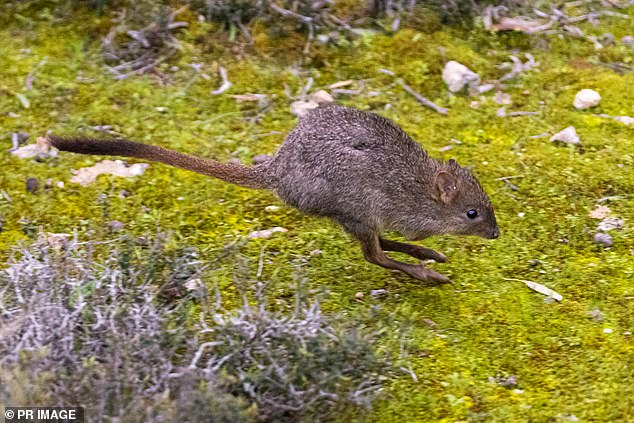 40 of the brush-tailed bettongs were released on Sunday after being pushed to the brink of extinction (pictured, being released into South Australia’s Yorke Peninsula)

Twelve males and 28 females have been relocated from Wedge Island, which is home to 1500 brush-tailed bettongs.

They will be protected from predators by a 25-kilometre long fence designed to control the migration of foxes and feral cats.

The species plays an important role as ‘nature’s gardener’ by spreading plant seeds and digging up tonnes of dirt and leaf litter each year, which helps native plants grow by improving water infiltration and nutrient cycling.

‘These amazing animals turn over soil at night as they forage for fungi which in turn provides a multitude of benefits like soil aeration,’ federal environment minister Sussan Ley said. 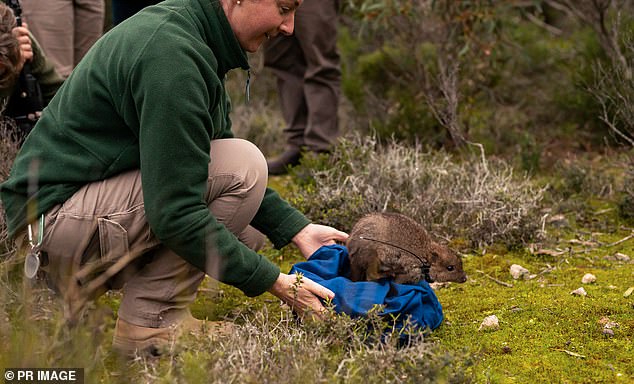 Bettongs, also known as woylies, have since survived in small pockets of Western Australia, inside fenced animal sanctuaries and small islands off the coast of SA (pictured, being released into South Australia’s Yorke Peninsula)

‘The brush-tailed bettong is the first of a number of species that will be reintroduced including the southern brown bandicoot, red-tailed phascogale, western quoll and barn owl.’

Most of the bettongs have been fitted with radio-tracking collars to help researchers monitor their progress.

‘We’ll monitor their movements and hopefully see that they are thriving in their new home,’ Zoos SA conservation manager Liberty Olds said.

If successful, Marna Banggara may become a model for transforming landscapes in other parts of Australia. 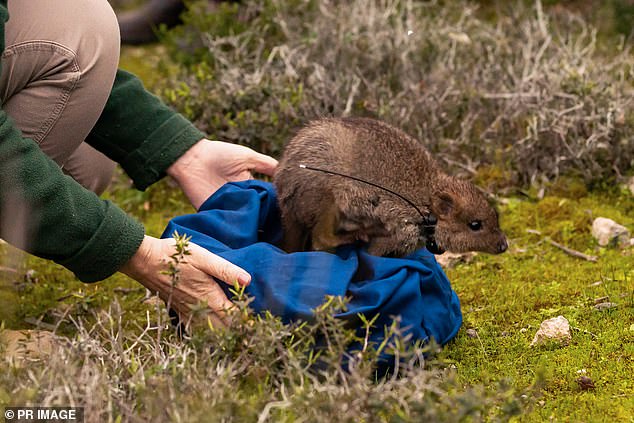 The brush-tailed bettong (pictured, being released into South Australia’s Yorke Peninsula) once lived across more than 60 per cent of mainland Australia

‘This project is about helping nature to help itself,’ WWF Australia Healthy Land and Seascapes head Darren Grover said.

‘Many of our native plants need native animals to survive and thrive, so when we restore lost species to the landscape, we help to regenerate Australia and re-establish the relationships that allow nature to flourish.’

The project is jointly funded through the federal government’s National Landcare Program, the Northern and Yorke Landscape Board, SA’s Department for Environment and Water, WWF Australia and the Foundation for National Parks and Wildlife.

It is in partnership with the Narungga Nation Aboriginal Corporation and Traditional Custodians, the Narungga people.

Royal fans have paid tribute to Her late Majesty...
News

Olivia, nine, was shot dead in her...
News

Ex-Bachelor star Brittany Hockley has left little to the...
- Advertisement -