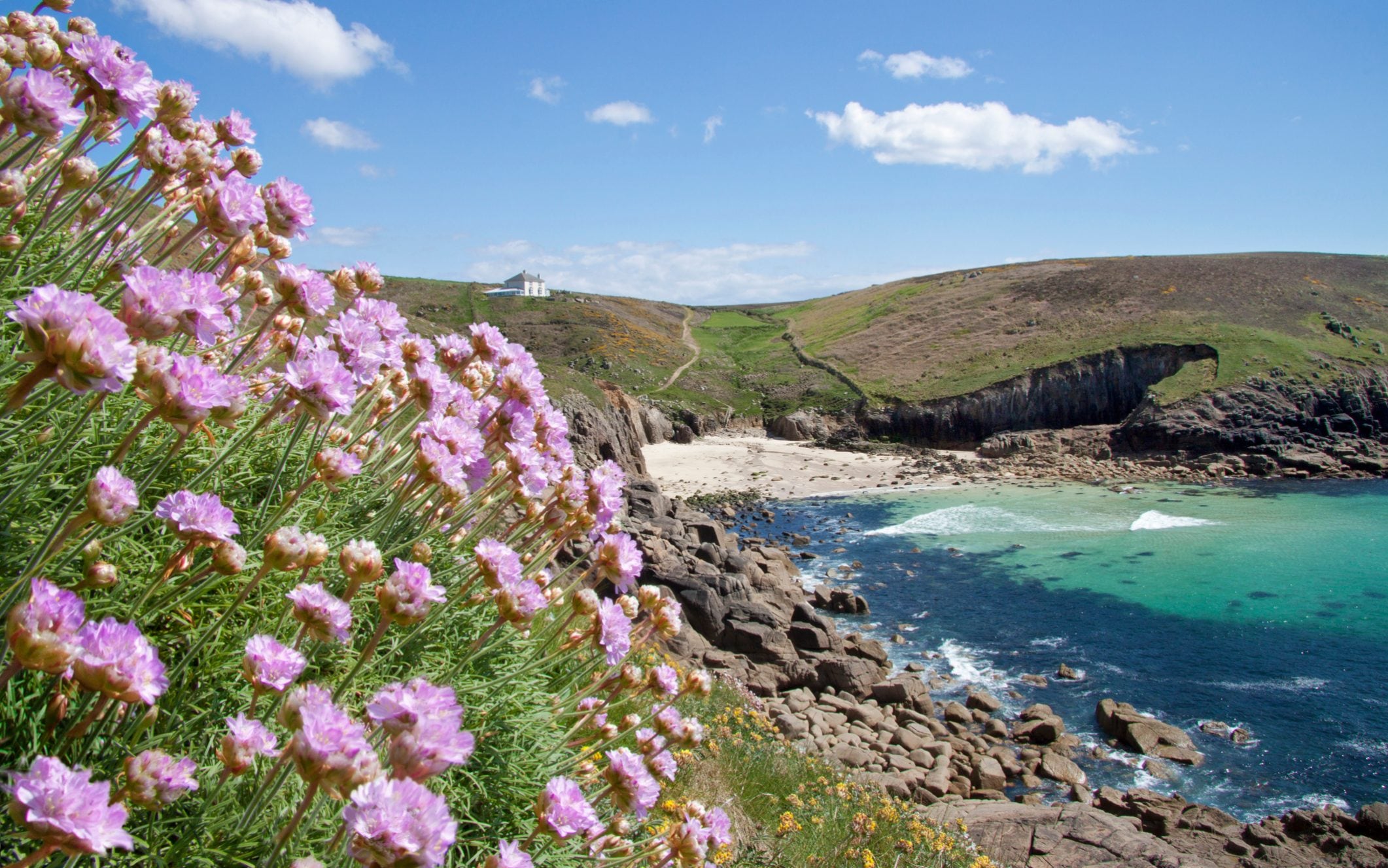 It felt like winter would never end, but after months of chilly temperatures warmer weather has finally arrived. For those hoping to celebrate this weekend with a trip to the seaside – the first for six months, perhaps – here are a dozen of England’s least crowded stretches of sand.

This is the real Land’s End, a world away from the theme park just along the cliffs. Gaping sandstone caves look like they might once have held sleeping dragons and low tide reveals a white sand beach, though the shape of it changes depending on the winter storms. The Song of the Sea rock arch holds an emerald plunge pool which beckons you to swim right through to the ocean on the other side. Walk south to find further coves at St Levan, Pedn Vounder and Porthgwarra.

Two miles between Land’s End and Porthgwarra on the SW Coast Path.

Decked with tropical gardens and secret churches, the Roseland peninsula is a lost-in-time sort of place. There are good beaches at Great Molunan, near the lighthouse, and Towan, but this is the best and least known, reached via a half-hour hike along the coast path from the latter. Long, wild and sandy, with fantastic rock pools, you’ll find a super-secret cove to the north which can be accessed at low tide. This is the sort of place where Crusoe would have felt at home.

Park at the National Trust’s Porth Farm Car Park. Porthbeor can be reached via a half-hour hike south along the coast path.

Just a simple reminder that article is created and...
Business

Ministers were told to ‘buck up and deliver’ on...
News

Travis Barker has opened up...
Entertainment

You’re Probably Missing Out The Luxuries Pool In Phoenix!