Raheem Sterling believes scoring his first tournament goal at Wembley was written in the stars. The Manchester City forward grew up round the corner from the ground and has a tattoo of the stadium’s arch on his left arm.

His performances in three previous tournaments have been widely criticised. He was vilified by some England fans following the dismal exit against Iceland at the last European Championship five years ago, with the match-winning strike his first goal in 13 matches since his surprise selection for the 2014 World Cup.

‘I always said to myself if I come here, growing up two minutes down the road, I know I have to score here,’ Sterling said. ‘It was a great feeling to actually do it. It’s great to break the duck. It’s a great feeling for me playing at Wembley, not far from where I grew up as a young boy and seeing the stadium get built. 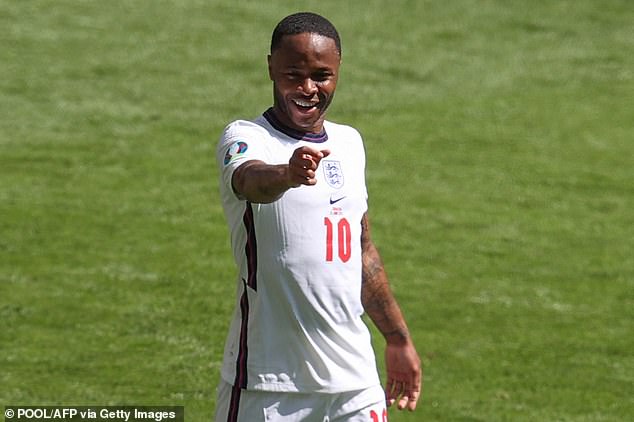 ‘I haven’t really taken into account that I haven’t scored in a major tournament before. It’s good to get on the scoresheet as I’m a person that’s hungry for goals, but at the same time I know the true value of a team.’

Sterling’s selection by Gareth Southgate was in doubt given he fell out of Manchester City’s starting line-up in the second half of the season.

But the manager never lost faith in a player he has now started in 31 successive matches for England when available in a run stretching back to 2017. 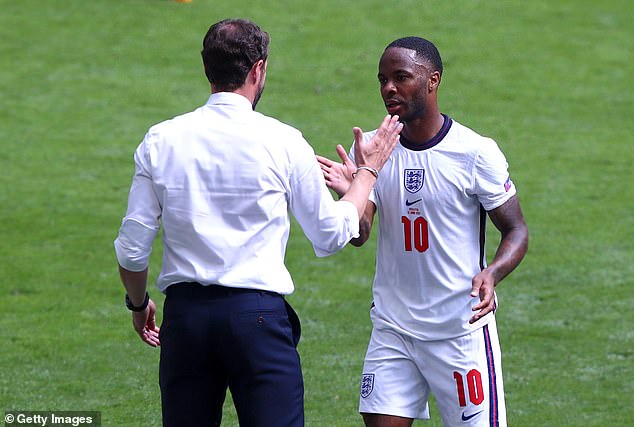 ‘I’m so pleased for Raheem,’ said Southgate. ‘He was dangerous all game. His goal-scoring record suggests we should have faith in him and I think he was motivated to show that.

‘We’re going to need all our attacking players through the tournament. We can make changes and we will need to.’

Sterling insisted that he had been able to block out the external noise surrounding his form in the build-up to the tournament, but claimed he had been inspired by the 22,500 fans inside Wembley.

‘I think one of the things, playing football and being in a major tournament for a long time now, is knowing when to block noise out and that’s what I’ve done,’ he said. 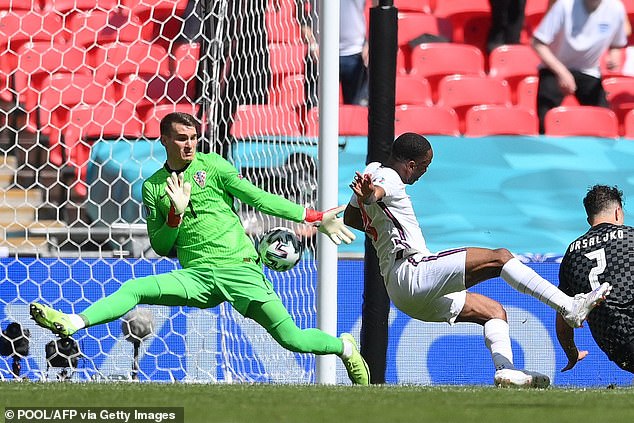 ‘I’ve blocked the outside world off and just had to focus on coming into this tournament with a clear head, fully focused to help my team and that’s the most important thing. I know what I can bring to the team and it’s as simple as that.

‘I don’t know if it’s pressure in front of a home crowd. I think it’s an extra boost.

‘Coming from the hotel and seeing the fans is a great feeling and we’ve got to try to use it to our advantage.’

On Thursday, Elon Musk confirmed that Twitter kept a “secret blacklist” of topics and accounts to prevent them from trending, and conservatives who had not broken any of Twitter’s policies were unfairly banned from the social media platform. Musk has called this revelation proof that “the inmates were running the asylum” at Twitter prior to…

Editor’s note: Don’t have power? Click here for a lite version of this page with a quicker load time. Hurricane Ian made landfall Friday on the coast of South Carolina, inundating the region with potentially life-threatening flooding and damaging winds, just days after the storm battered Florida. Ian hit near Georgetown, South Carolina, about 60 miles… 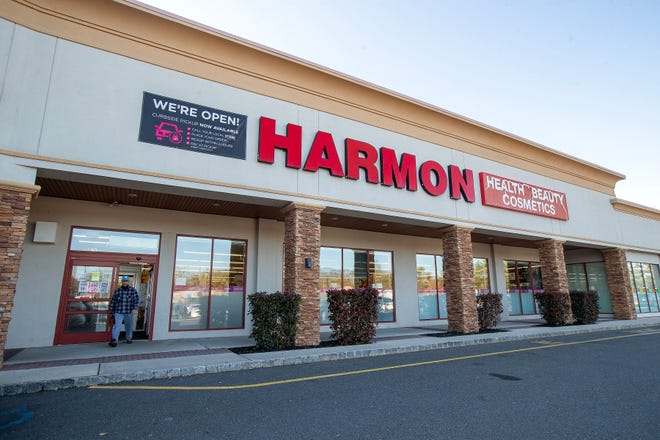 Harmon, the discount beauty, health and cosmetics retailer, is going out of business, part of the latest round of store closures announced by its troubled parent, Bed Bath & Beyond. Union-based Bed Bath & Beyond confirmed the company is closing all of its 50 Harmon stores, including its six in Monmouth and Ocean counties. “Store… 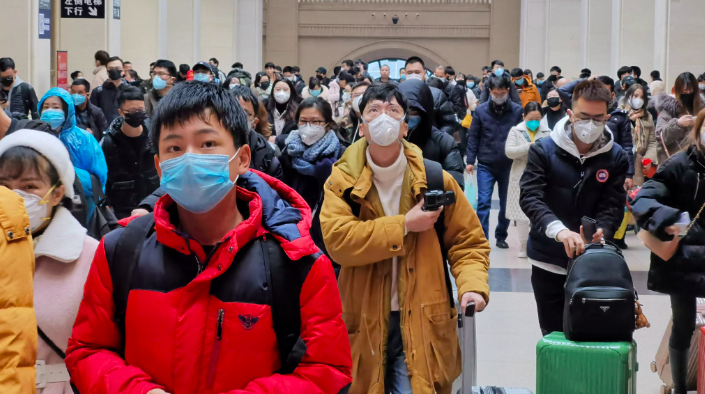 In China, nearly three years after the COVID pandemic broke out, 35 people have fallen ill with a new virus. According to scientists, it is too early to determine if the virus spreads among humans and if it is deadly. The newly-identified virus is the Langya henipavirus – or LayV – that belongs to a…

Some parents in one Florida county claim to have received strange phone calls over the weekend. The bizarre calls went out to several families of students living in Flagler County, Florida, where parents were reportedly told that their students were on a “list”, because they “may” have been exposed to someone who “may” have covid…. 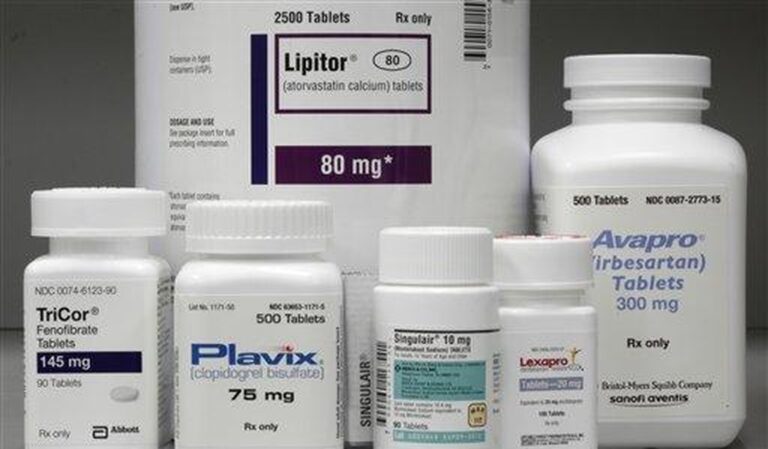 In this episode of There Ain’t No Such Thing as a Free Lunch… If you’re among the estimated 55 million Americans who use the prescription discount app GoodRx, have you ever wondered how the app’s developer makes money? Unless you subscribe to GoodRx Gold, which promises “deeper discounts” on prescriptions for a $10 monthly fee,…