The official, who spoke to reporters on condition of anonymity, said the United States would also push the other G7 leaders for “concrete action on forced labour” in China, and to include criticism of Beijing in their final communique

“This is not just about confronting or taking on China,” the official said. “But until now we haven’t offered a positive alternative that reflects our values, our standards and our way of doing business.”

China’s Belt and Road Initiative (BRI) is a multi-trillion-dollar infrastructure scheme launched in 2013 by President Xi Jinping involving development and investment initiatives that would stretch from Asia to Europe and beyond.

More than 100 countries have signed agreements with China to cooperate in BRI projects like railways, ports, highways and other infrastructure.

According to a Refinitiv database, as of mid-last year, more than 2,600 projects at a cost of $3.7 trillion were linked to the initiative, although the Chinese foreign ministry said last June that about 20% of projects had been seriously affected by the COVID-19 pandemic.

In March, Biden said he had suggested to British Prime Minister Boris Johnson, who is hosting the three-day G7 leaders’ summit in southwest England, that democratic countries should develop their own rival scheme.

The U.S. official said until now, the West had failed to offer a positive alternative to the “lack of transparency, poor environmental and labour standards, and coercive approach” of the Chinese government that had left many countries worse off.

“So tomorrow we’ll be announcing ‘build back better for the world,’ an ambitious new global infrastructure initiative with our G7 partners that won’t just be an alternative to the B and I (Belt and Road),” the official said.

In talks, Biden will also press the other leaders to make clear that they believe forced labour practices were an affront to human dignity and “an egregious example of China’s unfair economic competition” to show that they were serious about defending human rights.

“We’re pushing on being specific on areas like Xinjiang where forced labour is taking place and where we have to express our values as a G7,” the official said of the final communique to be issued at the end of the summit on Sunday,

There were no specifics on how the global infrastructure scheme would be funded. The plan would involve raising hundreds of billions in public and private money to help close a $40 trillion infrastructure gap in needy countries by 2035, the official said

The aim was to work with Congress to supplement existing development financing “with the hope that together with G7 partners, the private sector and other stakeholders we soon be collectively catalyzing hundreds of billions of dollars in infrastructure investment for low and middle income countries that need it”.

Movie and TV tales typically feature a cast of characters focused on a dramatic theme, whether interpersonal or strategic. In most instances, the background is passive and static, a backdrop, sometimes punctuated by violence. Tales on water or in space, however, involve an additional and often unconsidered character: a vessel. The 1902 poem “Sea Fever”…

Rows of locked shops confront bargain-hunters for most of the day in Fancy Bazar, a nearly 200-year-old market that offered cheap prices until the COVID-19 pandemic hit Gauhati, the biggest city in India’s remote northeast. Lockdown restrictions imposed in April have now been partially eased, but shop owners are struggling to recapture the market’s bustling…

Breitbart News Editor-in-Chief Alex Marlow sat down with historian and professor Victor Davis Hanson at the latter’s home in Selma, CA, for a wide-ranging interview examining how America is being undermined by a modern globalist aristocracy. Hanson drew from analyses in his latest book, The Dying Citizen: How Progressive Elites, Tribalism, and Globalization Are Destroying the…

The Federal Government has given indications that the lingering tussle between it and the Academic Staff Union of Universities (ASUU) is not as simple as it appears.   The Minister of Information and Culture, Lai Mohammed, said this while speaking to state house correspondents after the Federal Executive Council (FEC) meeting chaired by President Muhammadu…

A longtime member of the now-defunct Belmar First Aid Squad claims he was maliciously prosecuted for fueling an ambulance at the municipal gas pump. 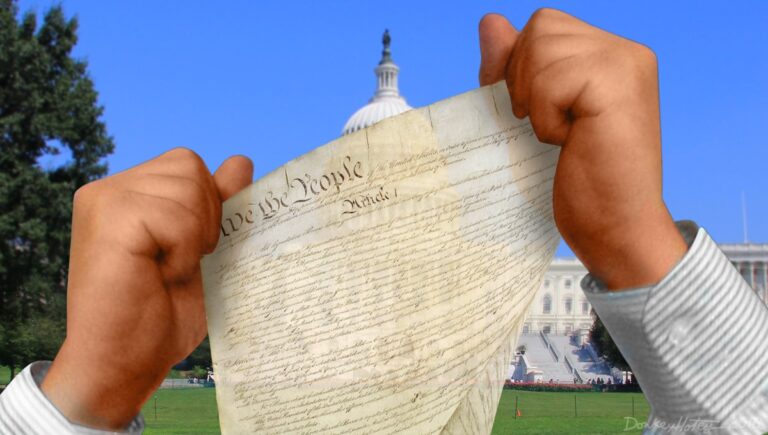