Her Union Jack dress at the 1997 Brit Awards is one of music’s most iconic fashion moments.

And Geri Horner now has the look immortalised after Rolling Stones rocker Ronnie Wood gifted her a painting for her birthday.

The Spice Girl, who turned 48 on Thursday, showed off the remarkable painting in a post on Instagram. 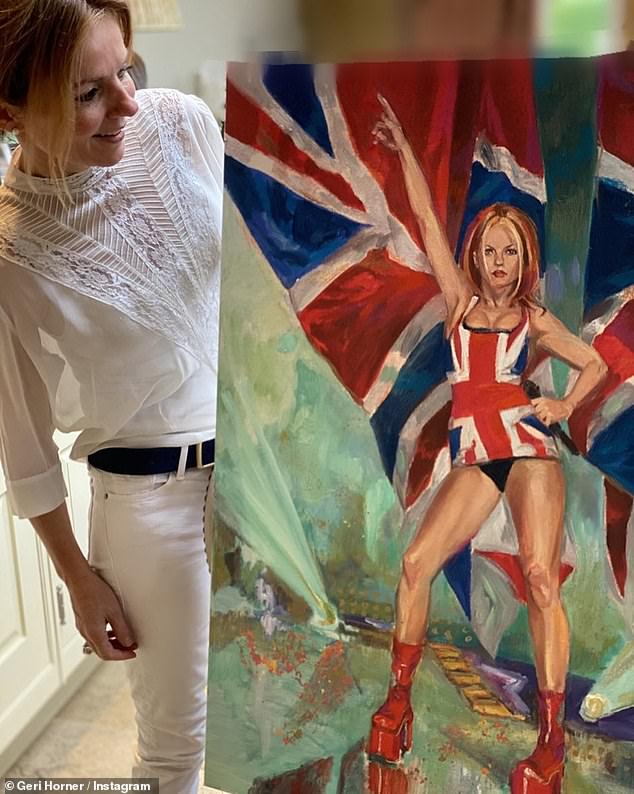 The singer posed next to the creation in an all-white ensemble as she celebrated her birthday at home.

She said: ‘Thank you ! What an amazing present @RonnieWood you’re an incredible artist!’

The pair are known to be friends and they previously released a video of themselves jamming together in 2016. 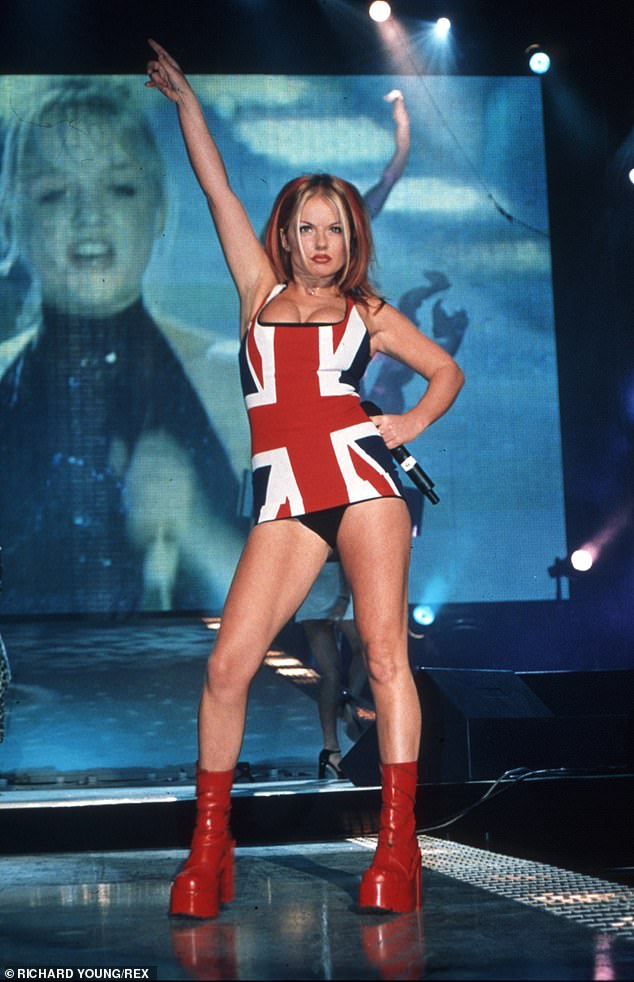 Famous look: The Spice Girl’s iconic look at the 1997 Brit Awards is one of the most memorable fashion moments from the 1990s 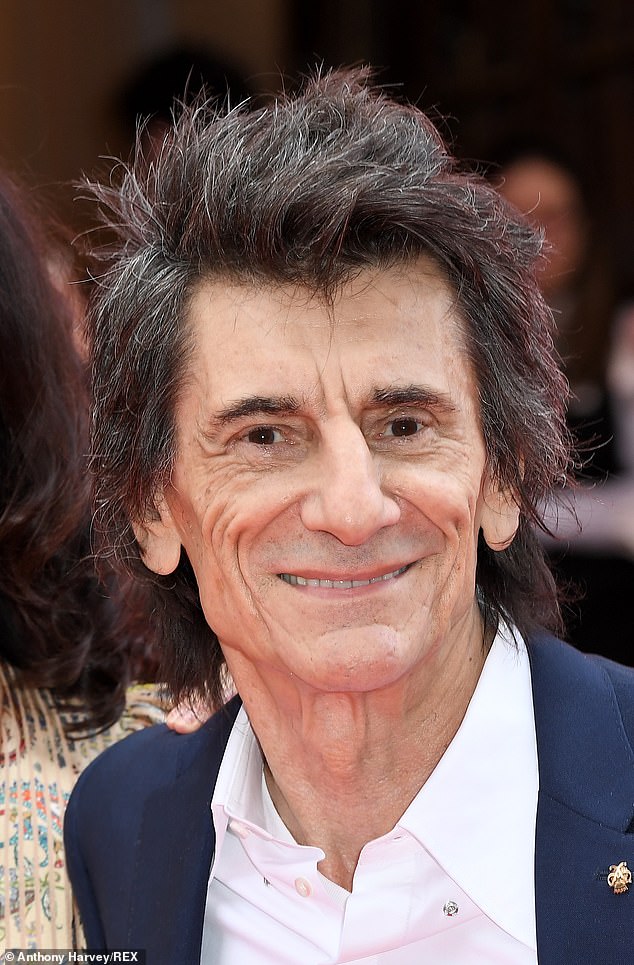 Unlikely pair: Ronnie and Geri are known to be friends and they previously released a video of themselves jamming together in 2016 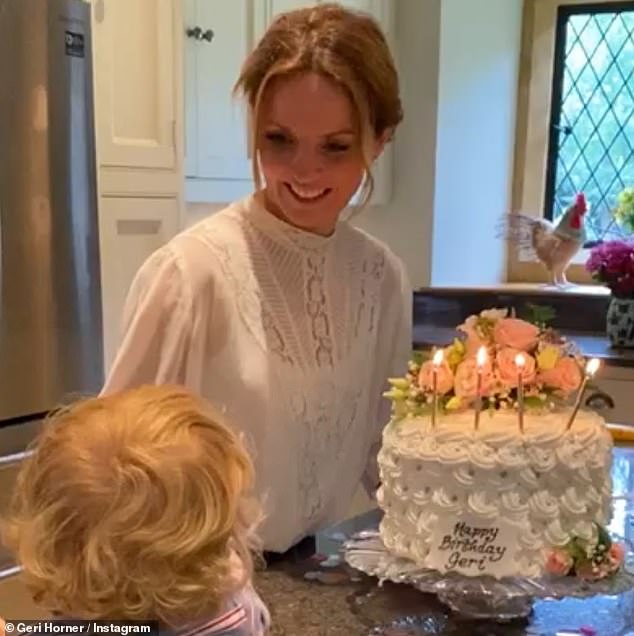 Celebrations: Earlier she shared a snap of her lavish cake decorated with pink roses on her special day

Earlier she shared a snap of her lavish cake decorated with pink roses on her special day.

She said: ‘Make a wish ! Thank you all for my lovely birthday wishes. I’m having a lovely day. Thank you.’

Geri was met with love from her fellow Spice Girls Victoria Beckham and Emma Bunton on her birthday.

Fashion designer Victoria, 46, uploaded a fierce throwback image of the pair as she wished her longtime friend a ‘happy birthday’, while TV and radio presenter Emma, 44, sent the singer ‘kisses and cuddles’.

The former band, also consisting of Melanie Chisholm (Mel C) and Melanie Brown (Mel B), became the best-selling girl group of all time during their heyday in the 90s, and delighted fans by reuniting last year for a UK tour without Victoria. 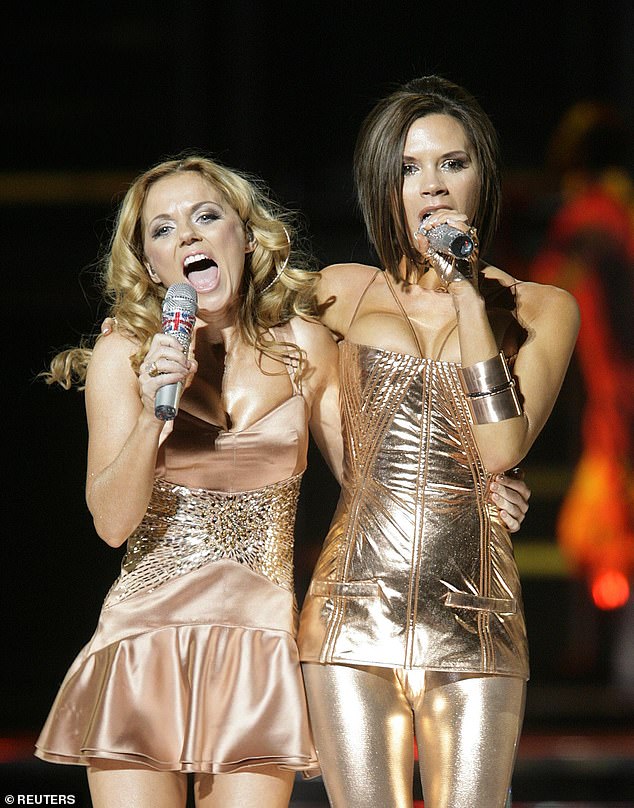 Trip down memory lane: Geri was met with love from her fellow Spice Girls Victoria Beckham (pictured together in 2007) and Emma Bunton as she turned 48

Baby Spice went on to post a collage of images from their lengthy friendship, including a series of shots from their recent reunion, as well as a still from their 1997 musical comedy Spice World. 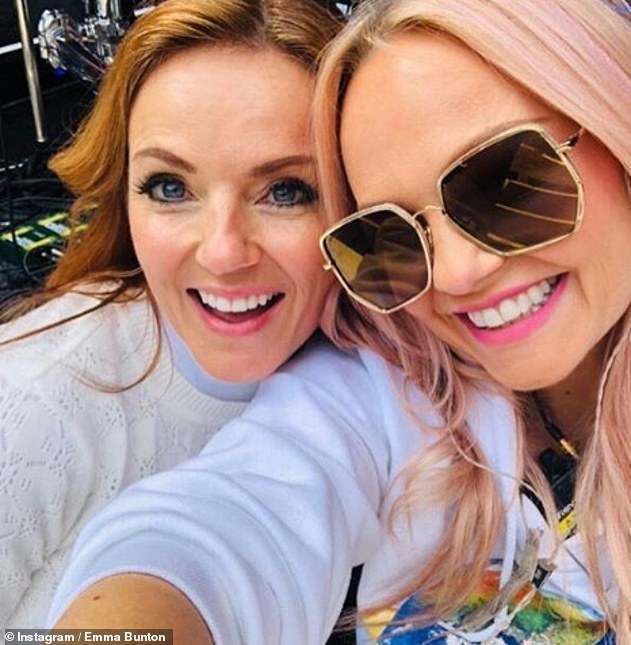 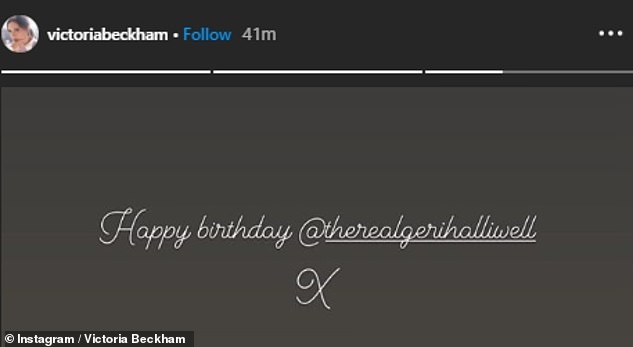 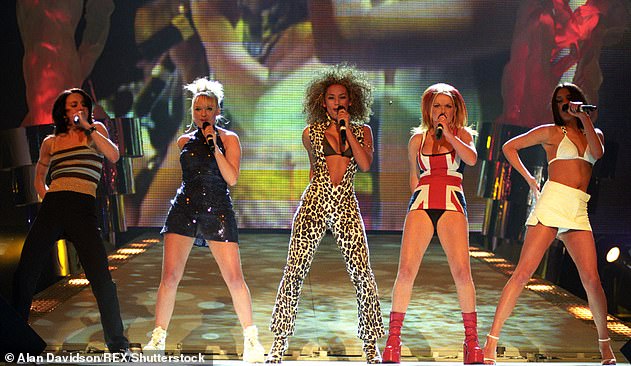 Groundbreaking: The former band, also consisting of Mel C and Mel B, became the best-selling girl group of all time during their heyday in the 90s (pictured in 1997)

Singer Geri has been spending lockdown at her massive Hertfordshire home with her husband Christian Horner and her children Bluebell, 14, and Monty, three.

It’s been a great time for the media personality as of late, as she recently adopted a rescue pony and was appointed as an inaugural Ambassador for the Royal Commonwealth Society.

The network, which was founded in 1868, spans the Commonwealth’s 54 nations and champions literacy, equality and inclusion, and environmental causes. 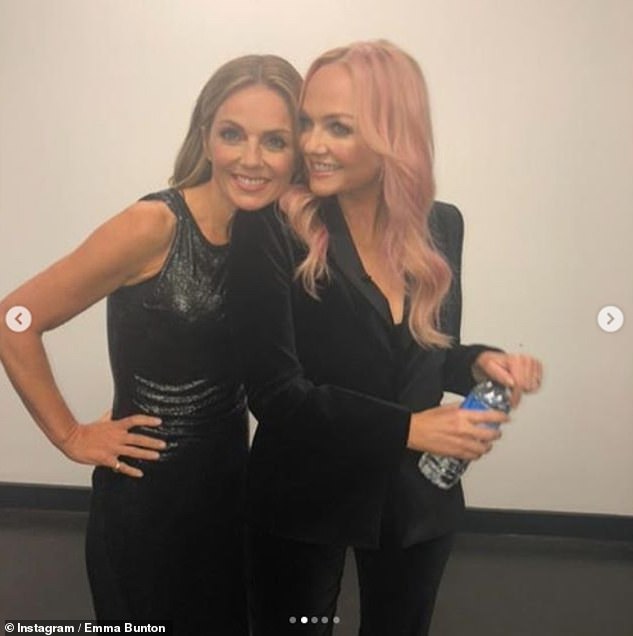 Friendship never ends: Baby Spice went on to post a collection of images from their lengthy relationship, including a series of shots from their recent reunion 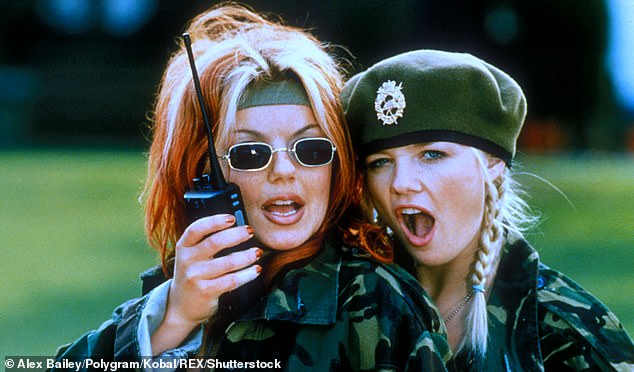 On a mission: The blonde also shared a still from their 1997 musical comedy Spice World 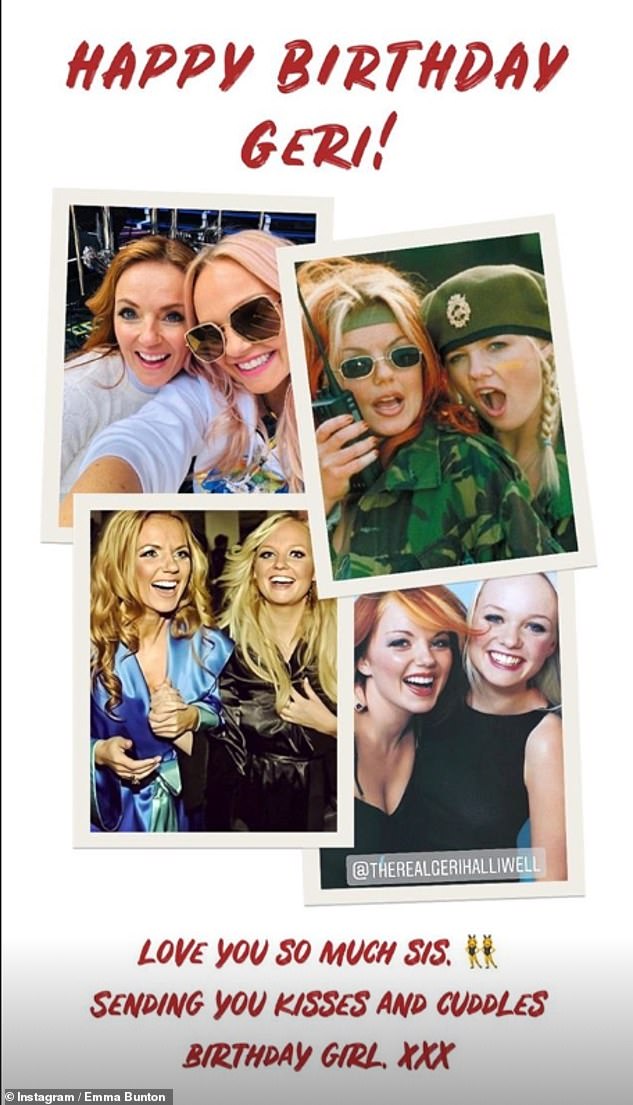 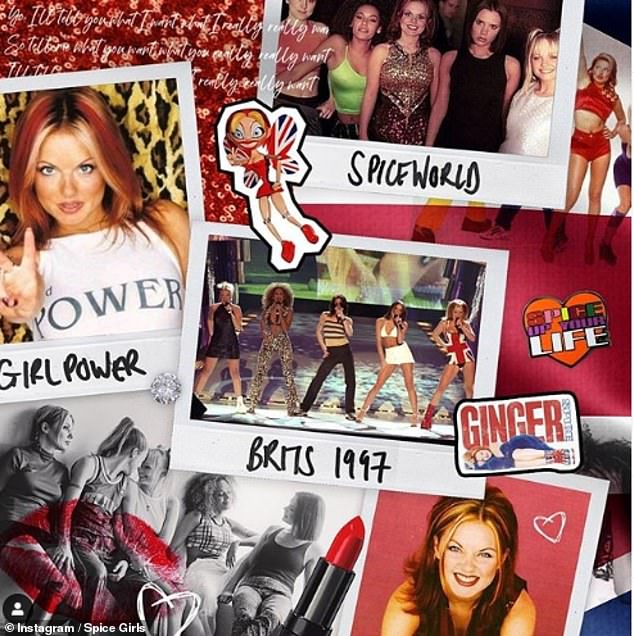 Much loved: The band’s fan account also shared a collage of the musician from the best parts of her career to mark the special occasion

The Look At Me hitmaker said in a statement: ‘I am delighted to have become an inaugural Ambassador of the Royal Commonwealth Society.

‘Throughout my life, I have been a big believer in the power of coming together and breaking down barriers.’

The Wannabe hitmaker highlighted the importance of ‘unity’, especially amid the global coronavirus pandemic which has claimed nearly half a million lives worldwide.

‘One of the best ways we can connect is through writing. With the power of words, we can express ourselves, open up our worlds and grow together. After all, stories are the oldest form of human communication.’ 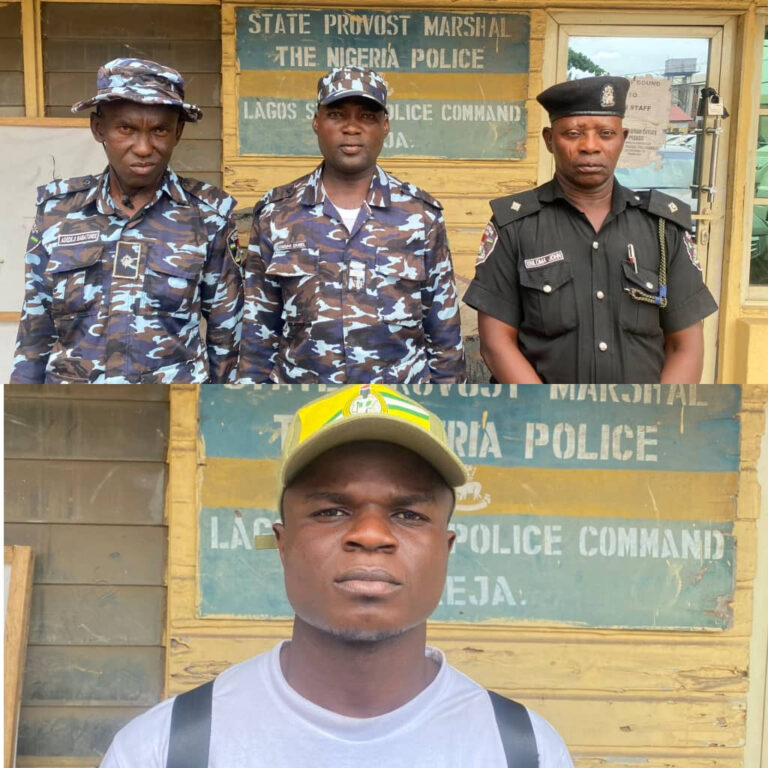 The Lagos state police spokesperson, SP Benjamin Hundeyin, says a corps member will be prosecuted for ”inciting” the public against some police officers.   A few days ago, a Twitter user @realgoziee had shared the story of a corps member, Temidayo David, who was allegedly harassed by police officers Ikorodu garage.   Accompanying the story…

Cannabis companies look toward 2022 with plans to expand their businesses to legal markets in more states despite an expected lack of movement on the federal level to end cannabis prohibition. As a whole, cannabis companies hope to see the New Year reverse their weak 2021 performance, even if the underlying business of legal weed… 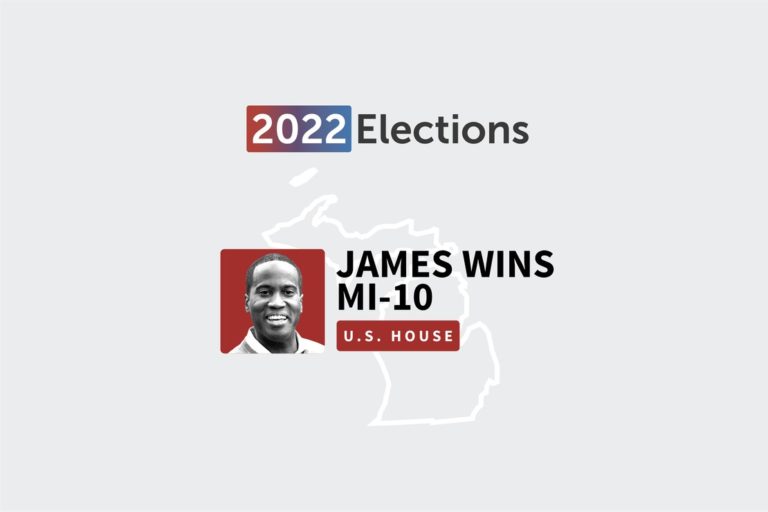 Michigan Republican John James first entered the national scene as he vied for the U.S. Senate seat held by Democrat Debbie Stabenow in 2018.  Though he fell short, losing to Stabenow by six-and-a-half points, he was undeterred. In 2020, James challenged Michigan’s other Democrat incumbent, Gary Peters, and came within two points in that race….

An overseas courier who was so drunk police were ‘surprised he could see’ was pulled over after the public reported him. Members of the public were left ‘concerned’ at the state of a driver who was parked up in Staffordshire and after calling 999, the police found he was three times over the limit.  Officers…

Generation Season 1 Ending: Everything you should know! Generations (stylized as Genera + Ion) is an American drama television series that premiered on March 11, 2021 on HBO Max. Generation Season 1 Summary: What the show is all about? Generation is a dark but playful half-hour drama that follows a group of high school students…