Prince Harry and Meghan Markle were spotted on their way to pay a visit to Oprah’s $100million Montecito mansion over the weekend, DailyMail.com can reveal.

What looked like a baby car seat was strapped in next to Meghan, but it is unknown if either Lilibet or Archie were in the car to visit Auntie Oprah.

Sources told DailyMail.com the trio spent an hour at the palatial estate and made the five-minute journey from their own Montecito home in a convoy of cars that included a Range Rover carrying security personnel.

Harry was driving the lead car with Dayani sitting next to him in the front passenger seat, while Meghan could be seen chatting to both from the backseat.

Activist Dayani, who was hired in September 2021, was last photographed with Meghan and Harry as they returned from their pseudo-royal tour of New York last year. 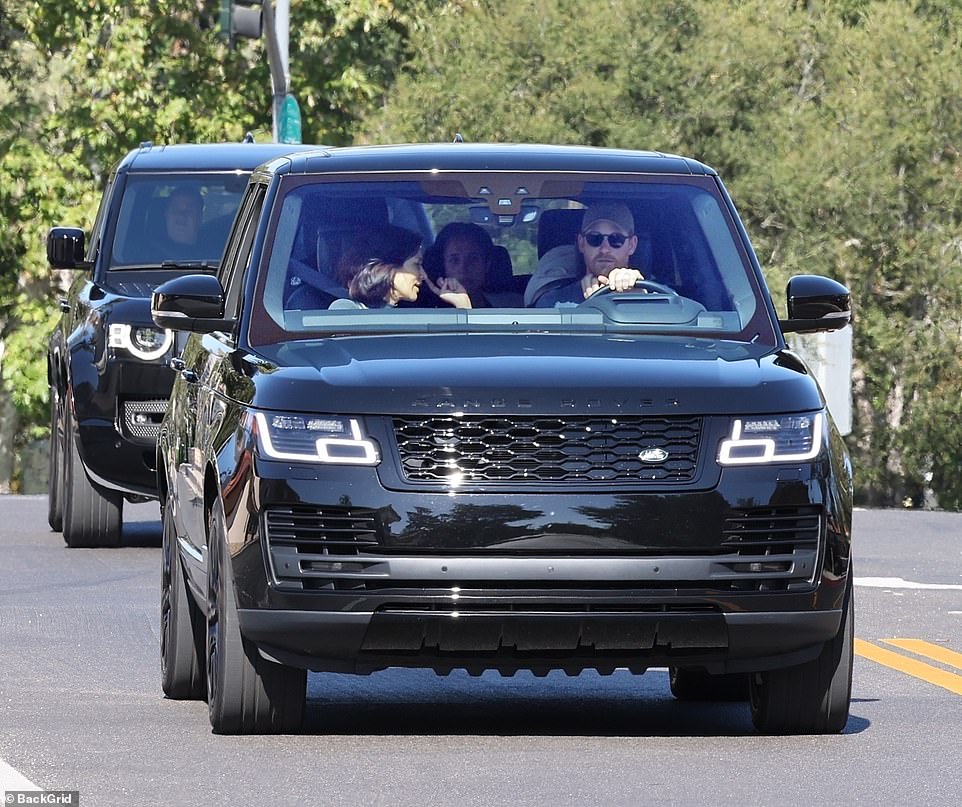 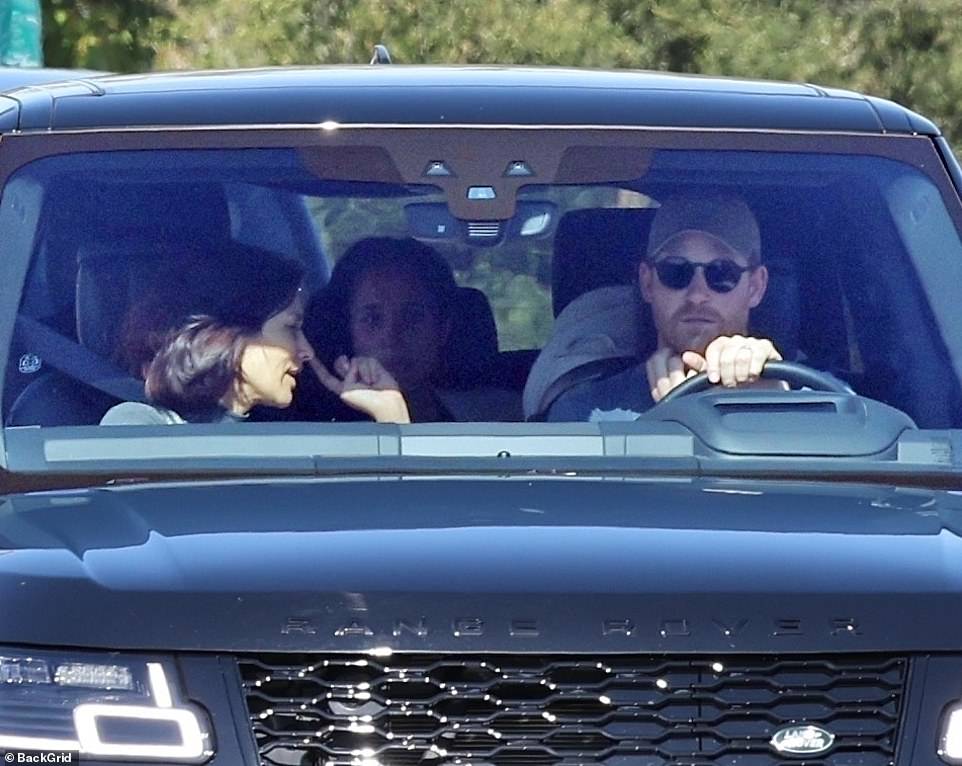 Prince Harry was seen behind the wheel of his black Range Rover, alongside Archewell Chief Operating Officer Mandana Dayani, 40, while wife Meghan, 40, took the back seat 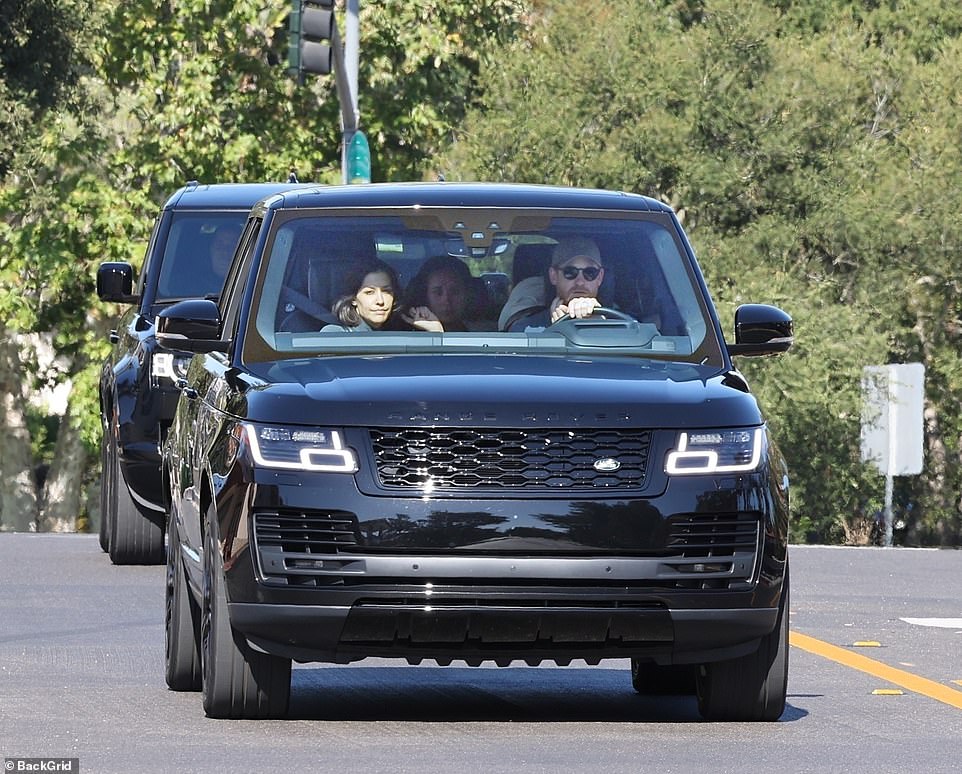 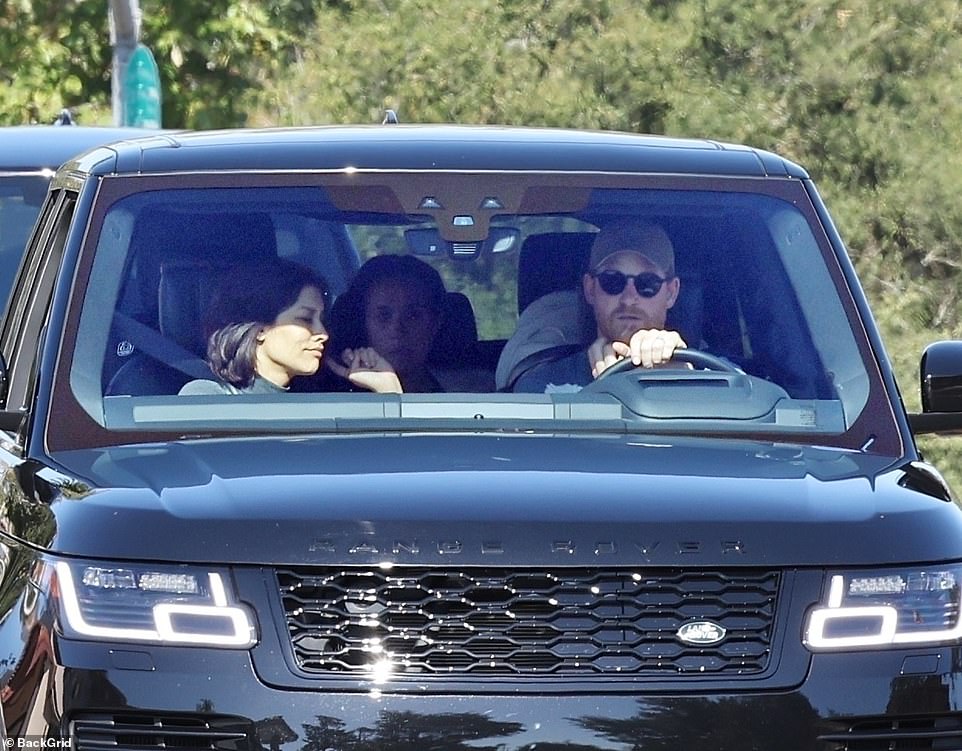 What looked like a baby car seat was strapped in next to Meghan, but it is unknown if either Lilibet or Archie were in the car to visit Auntie Oprah The visit comes after the Duke and Duchess of Sussex made global headlines and made claims of racism within the royal family during their sensational tell-all interview with Oprah, 68 in March 2021

The Iranian-born tech executive was seen hugging Meghan as they said goodbye on the tarmac next to a private jet chartered to take the royal eco-activists to and from the event.

News of the couple’s visit to Oprah could come as a surprise to Queen if another tell-all interview is in the works – less than 18 months after their sensational chat with the talk show host, 68, made global headlines and sparked a royal racism scandal.

During the March 2021 sit-down the pair claimed an unnamed member of the royal family had asked questions concerning son Archie’s skin tone.

Harry said the conversation took place before the couple got engaged, while Meghan said it happened while she was pregnant.

And although Archie already has a title and cannot be styled a prince until Prince Charles becomes king, Meghan insisted he was denied one due to racism.

They also claimed they were cut off financially by Prince Charles and complained about their Metropolitan Police security being withdrawn – even though the taxpayer-funded perk is only extended to senior working royals.

Mom-of-two Meghan also complained that she was left to struggle with her mental health with no help and sensationally claimed the Duchess of Cambridge had made her cry. 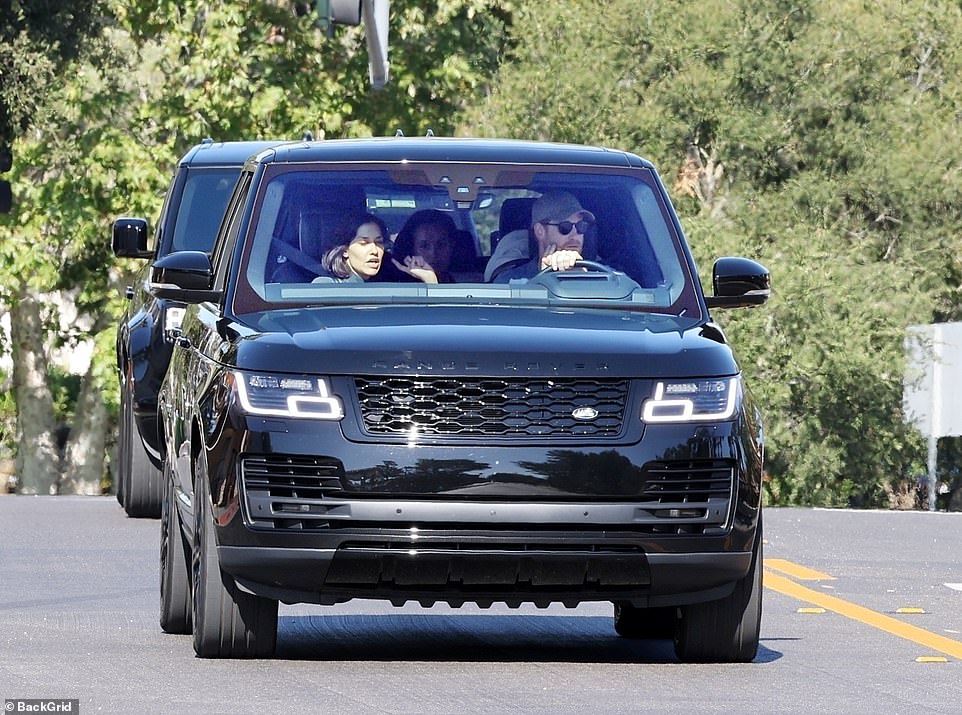 Activist Dayani, who was hired in September 2021, was last photographed with Meghan and Harry as they returned from their pseudo-royal tour of New York last year 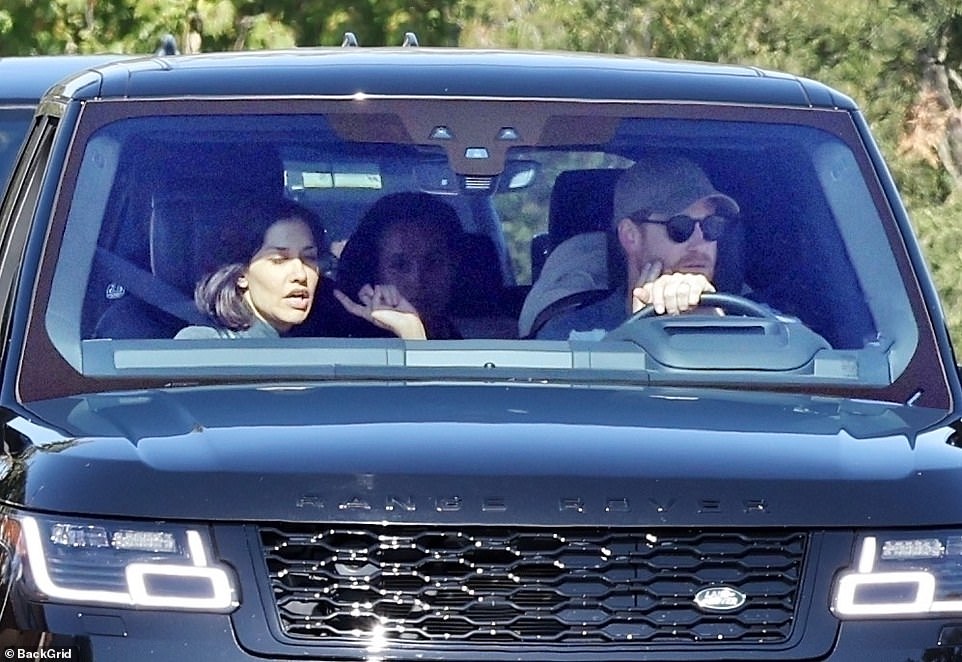 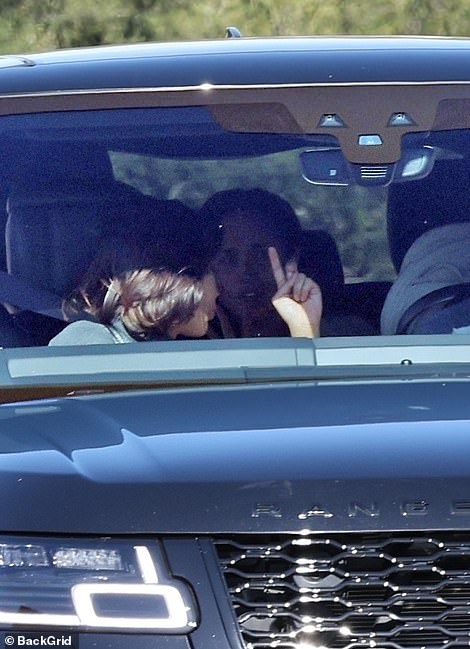 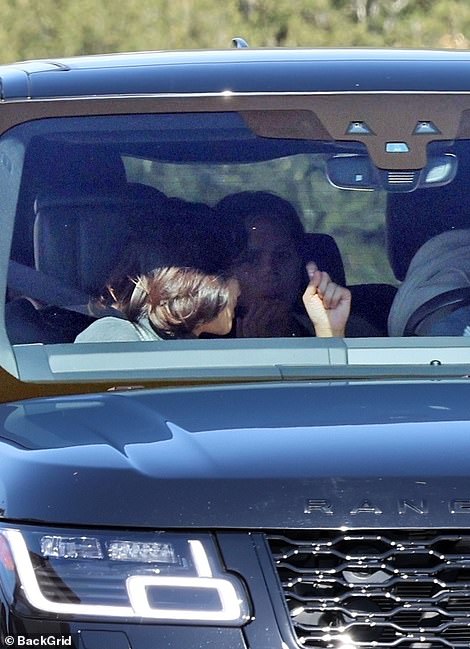 At one point, Meghan and Dayani appeared to be engrossed in a very spirited conversation 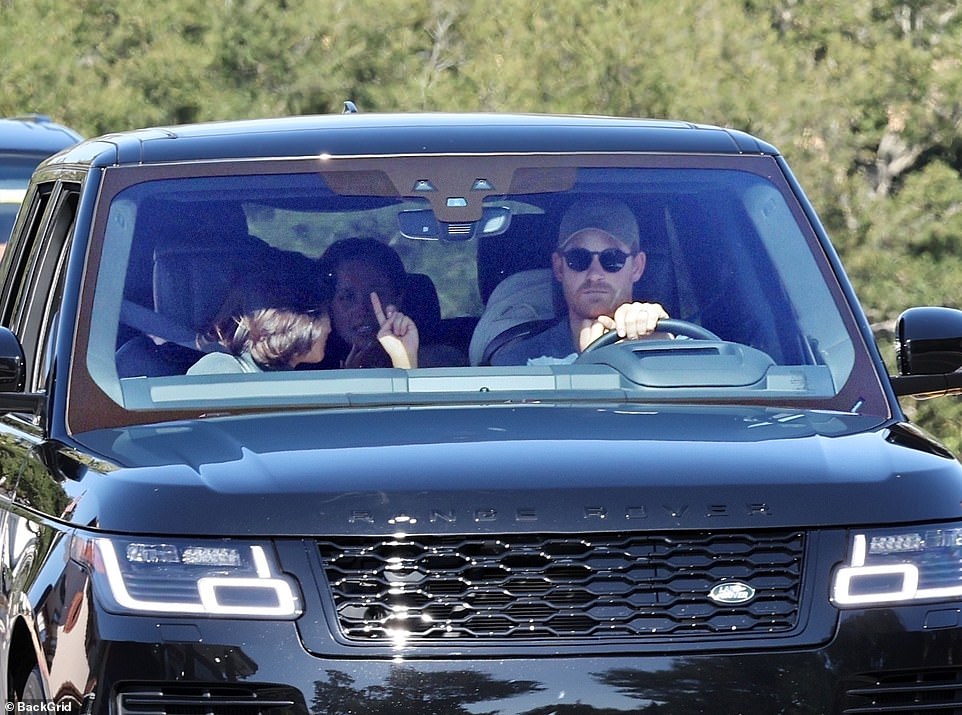 Prince Harry and Meghan’s bombshell interview with Oprah aired on March 7, 2021 after the couple left England and began settling into life as private citizens in the US 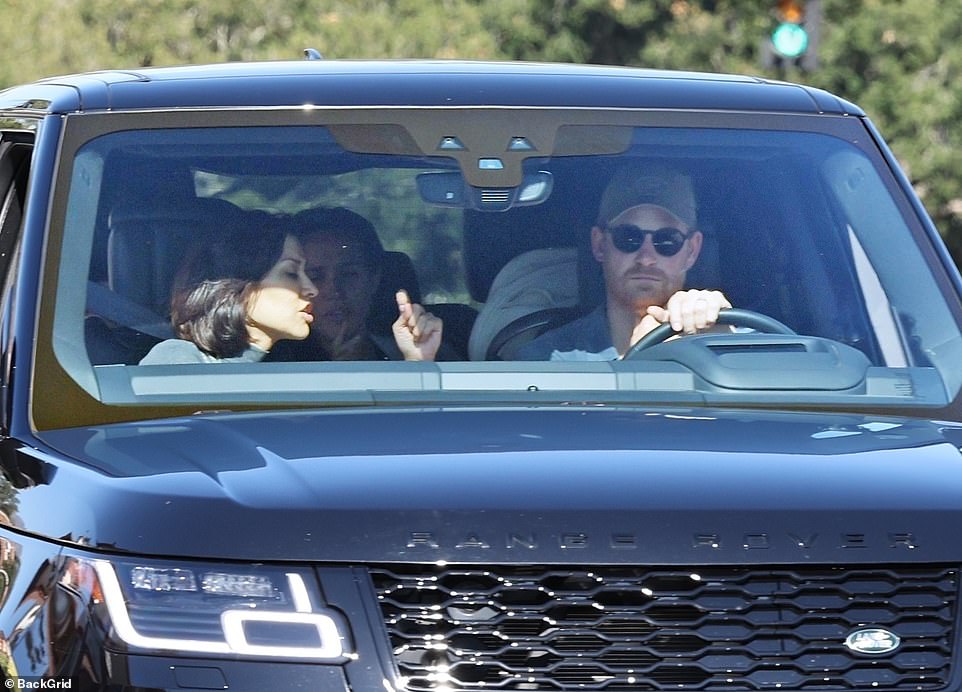 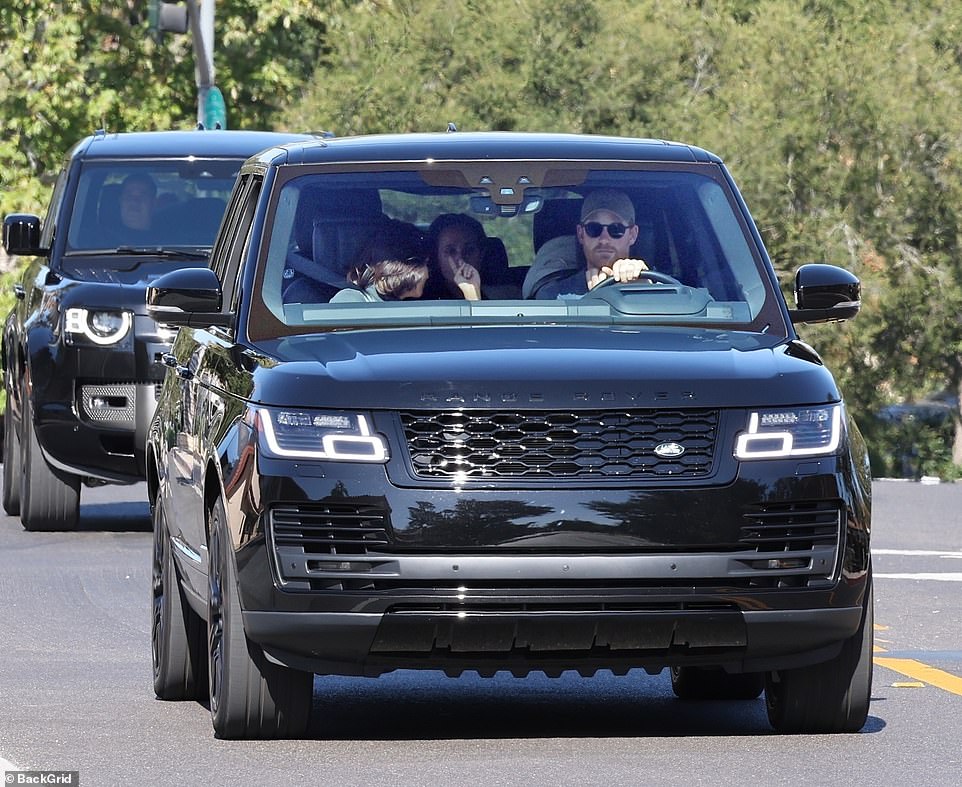 News of the couple’s visit to Oprah could come as an unpleasant surprise to Queen if another tell-all interview is in the works – less than 18 months after their sensational chat with the talk show host, 68, made global headlines

The bombshell interview prompted a rare intervention by the Queen who said in a statement that ‘recollections may vary’. 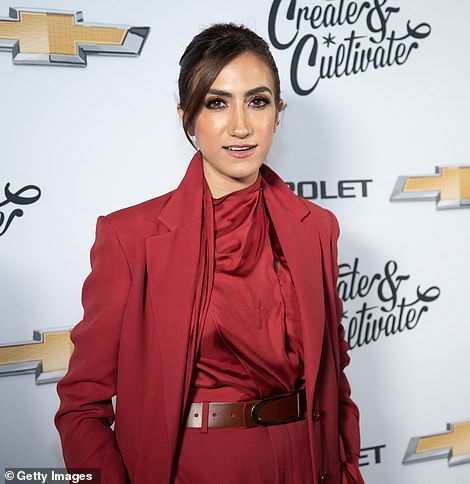 Meanwhile the Duke of Cambridge, asked about alleged royal racism shortly after the two-hour special aired, told reporters: ‘We are not a racist family’.

The visit to Oprah’s home comes less than three weeks after Meghan and Harry visited the UK to take part in the Platinum Jubilee celebrations.

During the short trip to London, the couple kept a low profile but were photographed watching Trooping the Colour from a window overlooking Horse Guards Parade.

They also attended the Platinum Jubilee service of thanksgiving at St. Paul’s Cathedral where they were booed by the crowd as they arrived and were relegated to seats in the second row behind the Earl and Countess of Wessex.

Meghan and Harry, who were accompanied by Archie, three, and Lilibet, one, were also banned from taking photos during a private meeting with the Queen where she was introduced to her great-granddaughter for the first time.

They later released a photograph of their infant daughter taken during her first birthday celebrations at Frogmore Cottage. 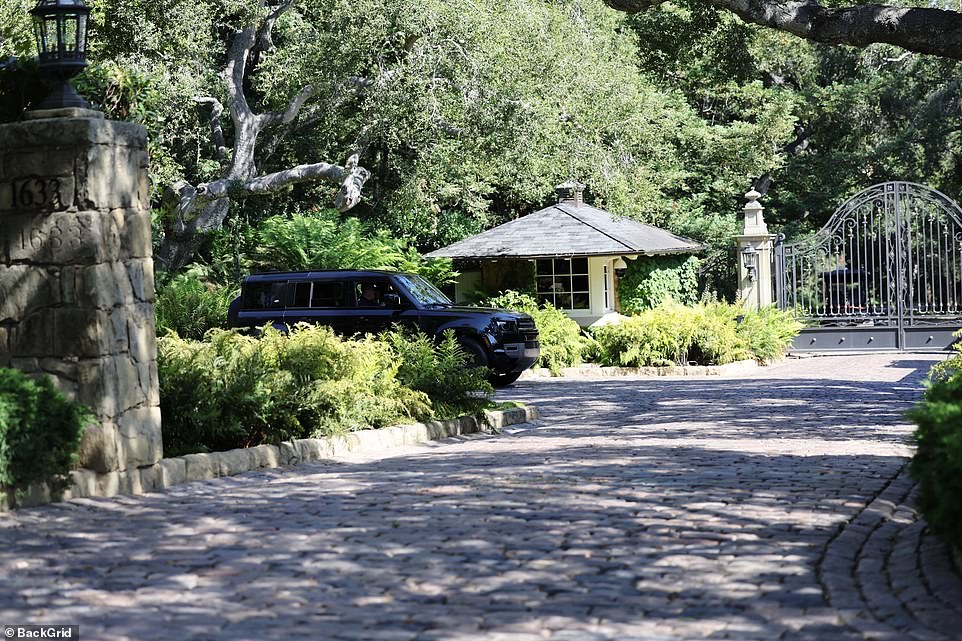 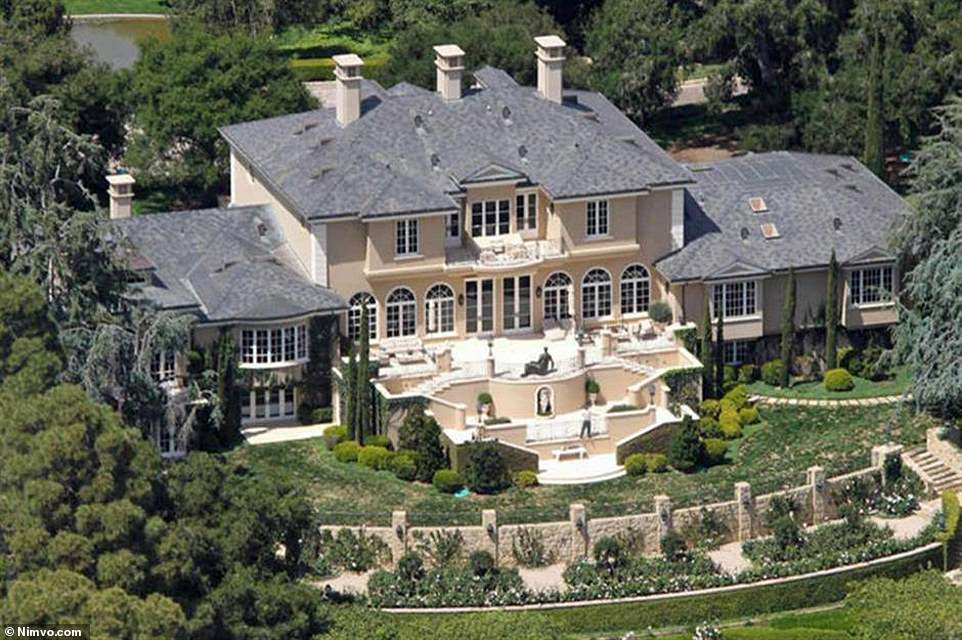 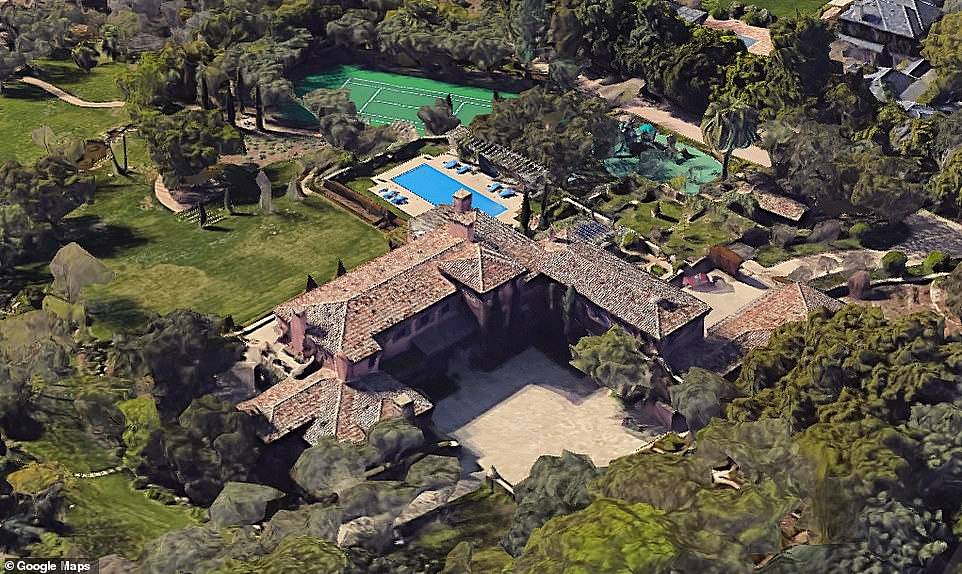 Although they are believed to have spent some time with Prince Charles and the Duchess of Cornwall, they missed out a private meeting with the Duke and Duchess of Cambridge and flew back to the US before the celebrations were over.

During the run-up to the Jubilee, courtiers had been concerned that the pair would attempt to bring a Netflix camera crew along – as happened during a flying visit in May en route to the Netherlands for the Invictus Games. In the event, no Netflix crew attended.

Harry also provoked outrage after telling CBS of his concerns about the Queen – telling the channel he wanted to make sure she has the right people around her.

And although the pair pulled off their Platinum Jubilee trip largely without incident, they were accused of ‘enormous hypocrisy’ by royal biographer Tom Bower for their decision to fly private. 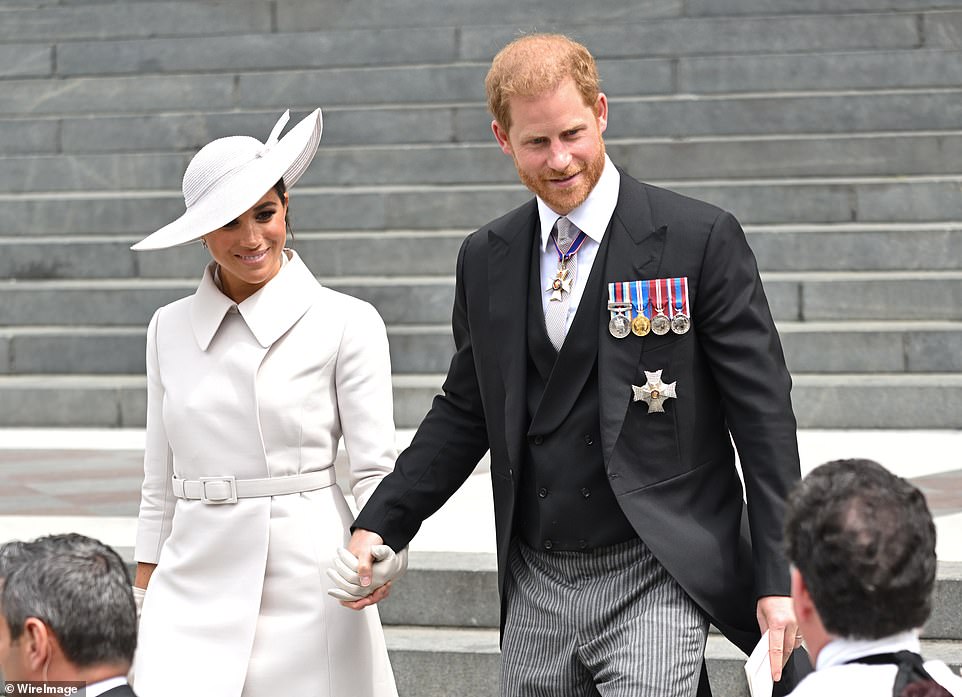 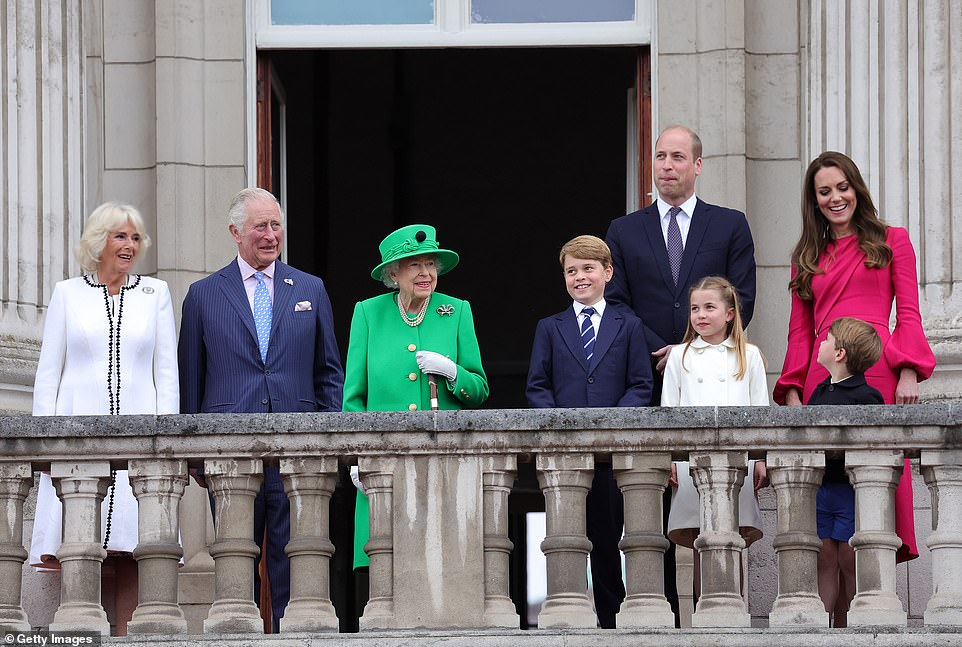 The Sussexes were also banned from taking photos during a private meeting with the Queen during their trip. Pictured: Camilla, Prince Charles, Queen Elizabeth II, Prince George, Prince William, Princess Charlotte, Kate Middleton and Prince Louis on the balcony of Buckingham Palace on June 5

The plane is billed as an ‘ultra-long range’ 13-passenger private jet which comes with its own private stateroom that includes a flatbed and can travel more than 6,000 miles without stopping.

Climate experts believe the journey resulted in ten times more carbon being emitted than if they had taken a commercial flight.

The Sussexes’ flight from Farnborough in Hampshire to Santa Barbara will have emitted nearly 60 tons of carbon dioxide, according to chartered flight provider Paramount Business Jets.

Harry and Meghan have maintained a relatively low profile since returning to California and have only been seen once – during a Los Padres polo match.

This content is only available to subscribers.Get unlimited digital access.$1 for 6 Months.Your subscription supports:Investigative reports that give you...

Darius Campbell Danesh was booked into the hotel where he died under the name of his close friend Gerard Butler's girlfriend,...
- Advertisement -

In 2009, Robert Bryson Hall started performing on stage under the stage name ‘Psychological’. Thus, it was with his...

Sophie Monk showed off her amazing figure in a yellow bikini as she held a black cat in Spain...

Darius Campbell Danesh was booked into the hotel where he...
News

The battle among thousands of teenagers for university places...
News

Biden climate adviser has 3 words to describe the BBB spending (do they ring any bells?) – twitchy.com

President Biden has signed the bill formerly known as...
News

More Men Getting Work (Down There) According To Med Spa CEO