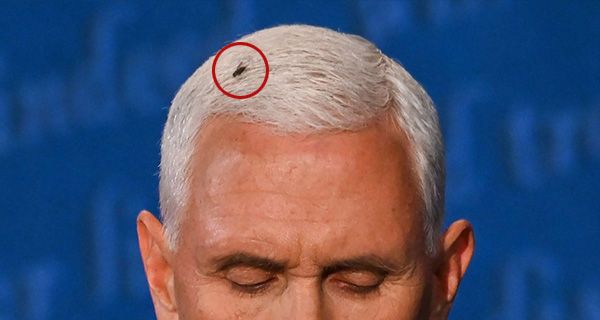 Today’s winner of ‘who has the classified documents’ is former Vice President Mike Pence.

Weird how suddenly everyone is “finding” classified docs around their homes.

It is weird. Is it that people are looking for missing documents now or is it to try and run cover for President Biden and his handling of the documents when he was vice president?

Everybody that has top secret #classifieddocuments be like, “Oh crap! Let me get my lawyer to accidentally find documents!” Lawyer be like: “Hey bro, You got some docs over here.”

Call NARA! I have no idea how they got there!#MikePence
Mike Pence has classified documents!

HOW DID THEY GET THERE!?!?! That really is a decent question. If you are holding classified documents you think you would return them, not just let them sit on the coffee table or in the garage for years.

I had to go check my old files just in case lol https://t.co/sJAv85lum4

Everyone should check. None of us is immune at this point.

Is there no one in DC responsible for keeping track of classified documents? FFS in 4th grade my kid had a library book due back by 2:30pm. By 3 we had an email, text message and a phone call from the library. So how in TF do classified documents no unnoticed so long? https://t.co/LqD2ZoBbYc

The records department needs to hire old Blockbuster employees to track these documents down.

Those guys know how to get stuff back.

Not the first to make this observation, but at this point it seems hard to deny there is just a very systemic problem of either classifying documents that do not need to be classified, or not treating sensitive documents as carefully as they should be, or (probably) both https://t.co/hzyWKnTDNJ

Indeed. There has to be an issue, is it with the people taking the documents or the people in charge of tracking them and knowing where they are? Is there even anybody doing that? We are doubtful.

Who else has documents and why was Mar-a-Lago the only home that was raided?

This is an understandable question. Not to be those people but we understand the difference to be everyone but Trump willingly returned the documents once asked. Is that enough to warrant an FBI raid on one person and not the others, meh, we don’t think so but who are we?

Is NO ONE in charge of tracking classified documents in America? They allow documents to be signed out, but NO ONE cares if they are NEVER returned? Collectively, this is worse than any individual case, is it not? https://t.co/44ultQxV3N

It is. We are not pretending anyone holding classified documents at their house just hanging out is not an issue, we are just saying there may be an even bigger issue at hand.

I’m starting to think no one works at the records department… https://t.co/CBURnqfpbo

Maybe they ‘work’ there but they just watch movies all day instead of keeping track of anything. 🙂

I checked my house. I found crayon drawings… some unopened mail (I don’t think those are classified, just time sensitive)… a paper I wrote in college about art of the central African grasslands… so far no classified documents. https://t.co/dwK73uBs5u

No classified documents at your house? Slackers. Everyone who is anyone found at least one!

Arrest him and the fly on his forehead

Look, we do not make the rules, but it IS an unwritten rule that any politician with a fly on their head is going to be laughed at for it forever. No time limits.

When will the FBI raid Obama’s home? https://t.co/NurlqMtkNY

Never. The answer is never.

American politicians be like: ‘whoops just left the nuclear codes on the bus’ https://t.co/FjE6lEYuKO

That is hilarious. Not because we think it is a good thing, but just because we can not imagine what the state of American politics looks like from the outside.

Go look in your garage or behind your bookshelves, if you have classified documents, we suggest you turn them in, or use them for a bonfire. Either way.

Join us in the fight. Become a Twitchy VIP member today and use promo code SAVEAMERICA to receive a 40% discount on your membership 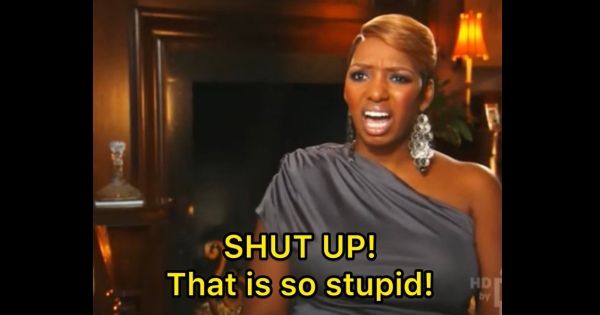 Yesterday, conservative writer Helen Andrews tweeted about what she’d purportedly witnessed at a D.C. Metro station. Apparently there were quite a few Metro riders who didn’t feel like paying the fare at that time: Update: Nearly 40 fare jumpers in five minutes this morning. I asked the Metro attendant if he cared about people stealing….

There have been numerous red flags about the fitness of Biden nominee Judge Ketanji Brown Jackson to serve on the United States Supreme Court throughout her Senate confirmation hearings over the past two weeks. Readers may remember the bizarre exchange in which Jackson told committee members that she could not define what a “woman” is,… 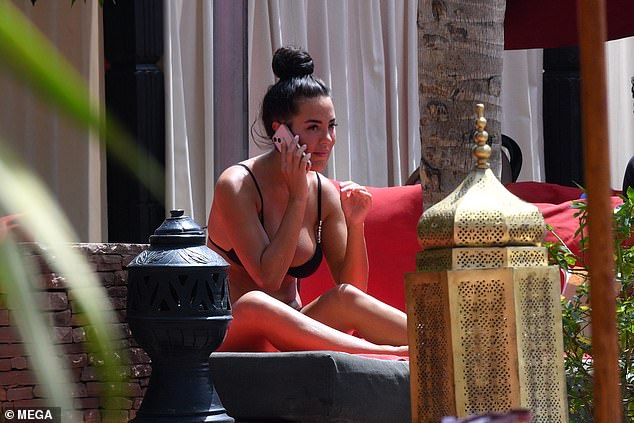 Yazmin Oukhellou revealed the scar on her arm after she was forced to ‘snap’ it to escape the crash which killed her on/off boyfriend Jake McLean. The TOWIE star, 28, was seen at a hotel in Marrakech on Thursday after revealed she has retreated to her ‘second home’ to ‘heal’ following a traumatic few weeks…. 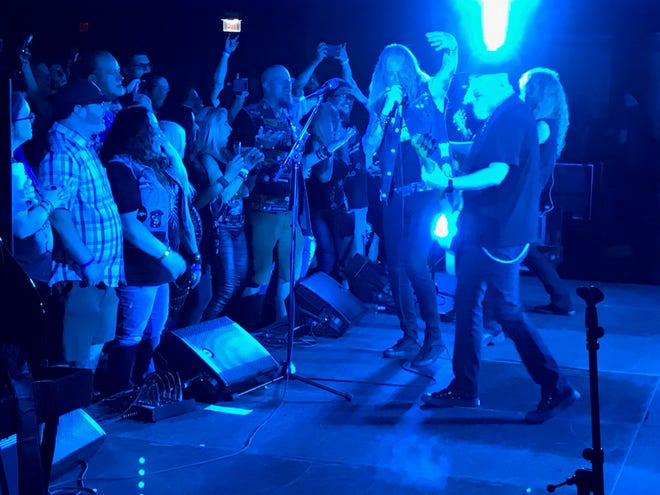 Rock ‘n’ roll is good for mental health. Just ask Jason McMaster, frontman for the ’80s hair metal band Dangerous Toys. He offered his opinion on the subject from the stage Sunday, June 12, of the Orange Loop Rock Festival inside the Showboat Hotel in Atlantic City. “My therapist says if I put the microphone… 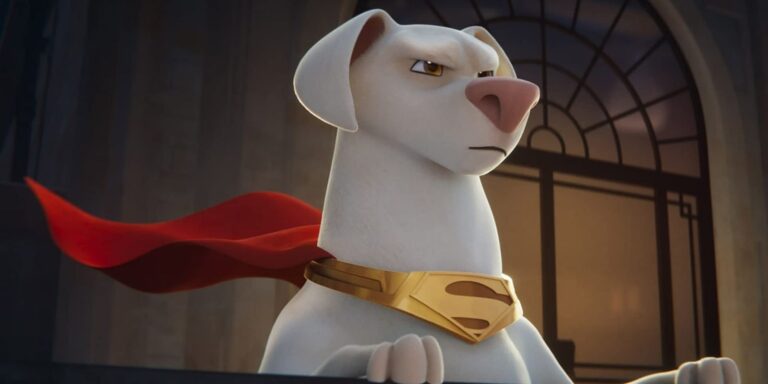 The animated superhero movie DC League of Super-Pets releases in July. But will the comic book movie come to streaming or hit theaters first? Warner Bros. spent all of 2021 releasing their entire film slate simultaneously in theaters and on HBO Max for 30 days. It was a bold move that caused some controversy and… 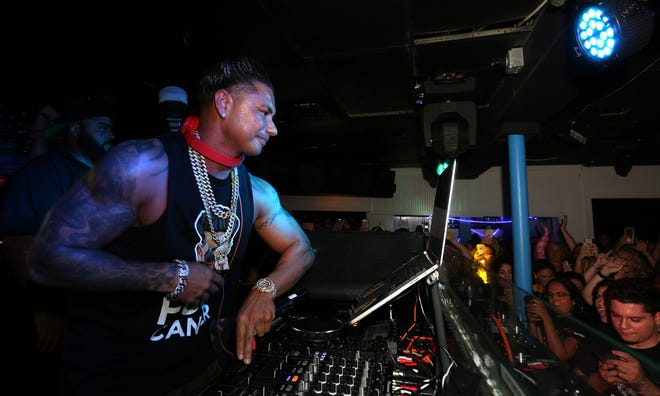 Who says cast members of MTV’s “Jersey Shore Family Vacation” are too old to party at the Jersey Shore nightclubs? The roomies are coming down to the clubs in July. Vinny Guadagnino is hosting “Summer Saturdays” on July 16 at the Headliner in Neptune. Jason Keats and KillaCas are spinning. “I’m 34, tired, and get…