By Sarah Abraham For Dailymail.com

America’s Got Talent is back for a 16th season with its usual star studded panel of judges.

And show veteran Heidi Klum made an entrance as she arrived at production for the hit NBC show wearing a show stopping all white outfit in Los Angeles on Monday.

She was joined by the always stunning Sofia Vergara and longtime judge Howie Mandel who led with a sense of humor, as he arrived dressed as a bumble bee. 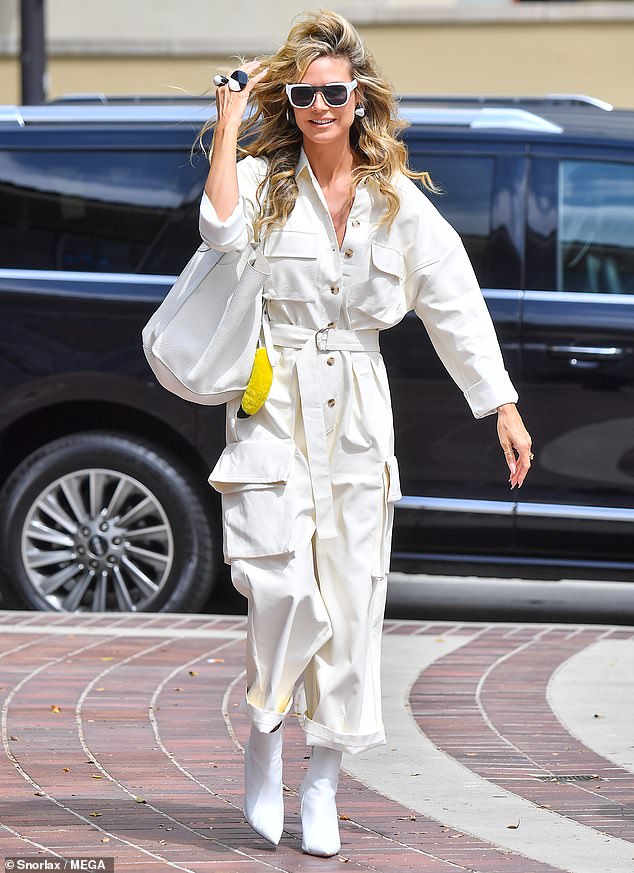 Making an entrance: America’s Got Talent judge Heidi Klum turned heads in all white outfit as she arrives at production for the hit NBC show alongside fellow panelists Sofia Vergara and Howie Mandel 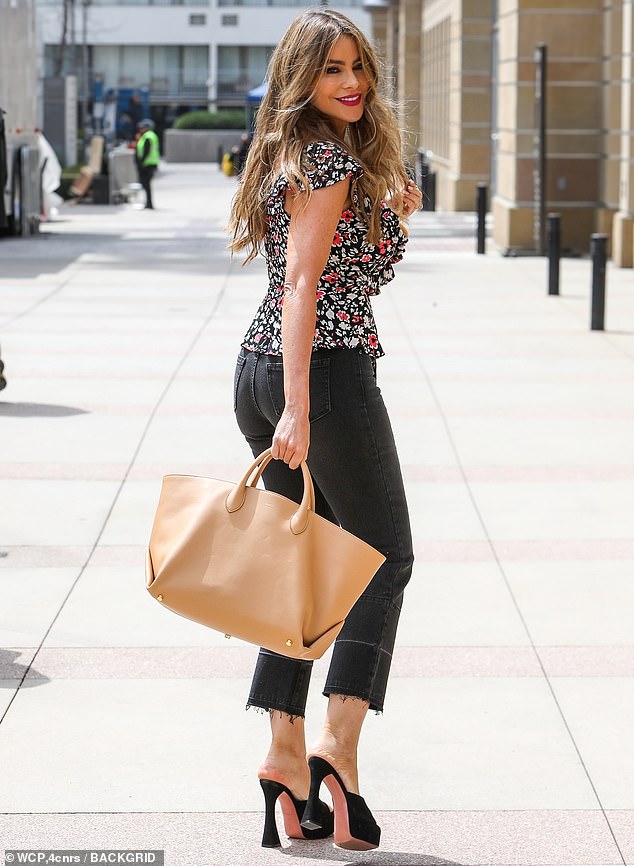 Turning heads: The stunning Modern Family actress was seen making her way to set in a floral blouse as she returns as a judge for her second season

Though the glorified talent show does not air until June 1 production has been underway for few weeks now.

Klum, 47,  turned heads as she arrived in a elevated white jumpsuit with a pair of white heeled boots.

She leaned into the monochromatic look as she carried a large white purse and topped the look off with retro white sunglasses.

The German-born supermodel added some mod-style jewelry as she flashed black and white bakelite rings on her finger. 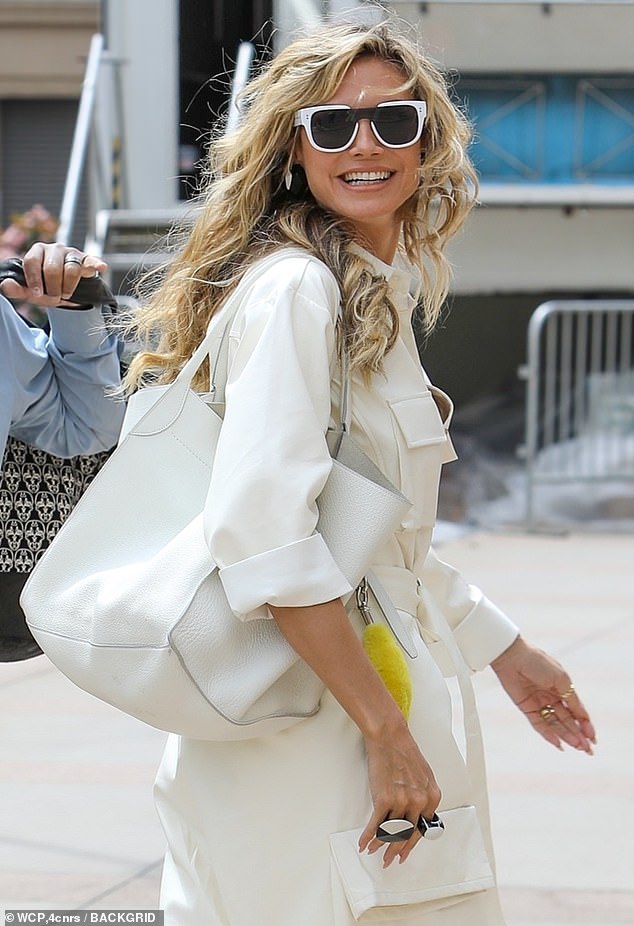 Back at it! The veteran judge leaned into a monochromatic look as she flashed a big grin while walking to set

And longtime judge Mandel, 65, led with humor as he arrived on set for his twelfth season of the show.

The TV personality rocked a bumble bee headdress and a statement T-shirt that read: ‘I came I saw I made it awkward,’ as he flexed his comedic prowess.

Mandel has been the show’s longest standing judge besides Executive Producer Simon Cowell — who will also be returning as judge after tapping out mid-season last summer on account of an electric bike accident. 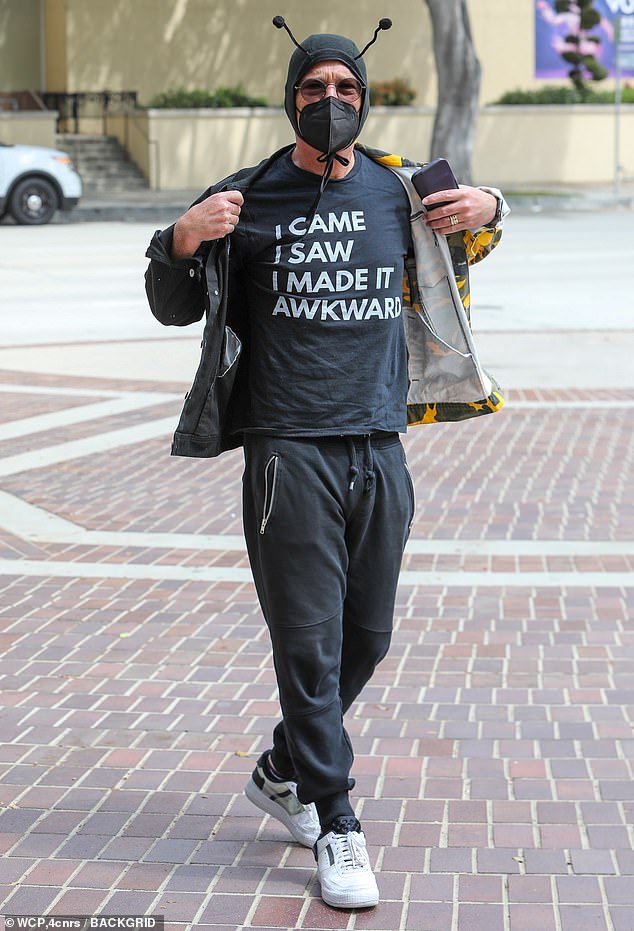 Humorous look: The TV personality rocked a bumble bee headdress and flashed a statement T-shirt that read ‘I came I saw I made it awkward,’ as he flexed his comedic prowess

Va va voom! The Colombian model-actress showed off her incredible figure in tight black jeans and elevated her statuesque frame with a pair of platform heels

The British mogul was hospitalized and underwent surgery to repair his broken back with guest judges Kelly Clarkson and Kenan Thompson taking his place in the interim.

Vergara, 48, was also seen arriving on set ahead of her second season on the panel as she continues to make her mark on America as the show’s first Latina judge.

The Modern Family actress looked a vision of spring in a floral blouse and paired the wrap top with black jeans and black platform heels.

Additionally Terry Crews will be back for his third season as host. The show was one of the first to resume production after Season 15 was halted on account of the COVID-19 pandemic. 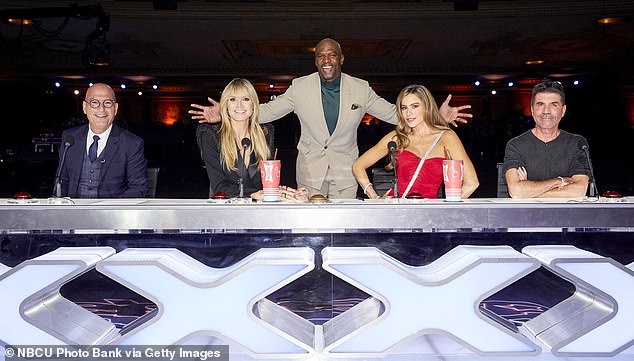 Full lineup: The show was one of the first to resume production after Season 15 was halted on account of the COVID-19 pandemic last spring and Season 16 is set to premiere on June 1 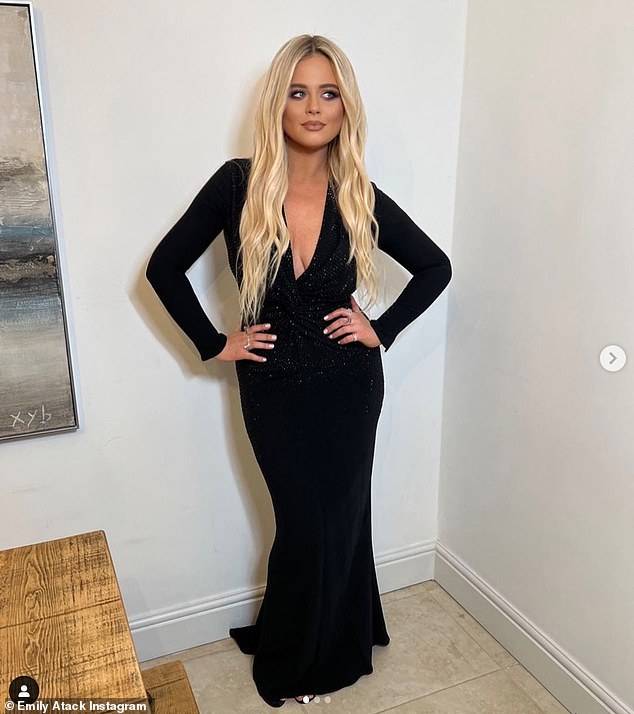 Emily Atack and Maura Higgins led the stars sharing their getting ready routines ahead of the BRIT Awards on Tuesday evening. TV presenter Emily, 32, gave her followers a look at her glamorous ceremony attire before hitting the red carpet, as well as joking about the boozy night which lay ahead by captioning her images:… 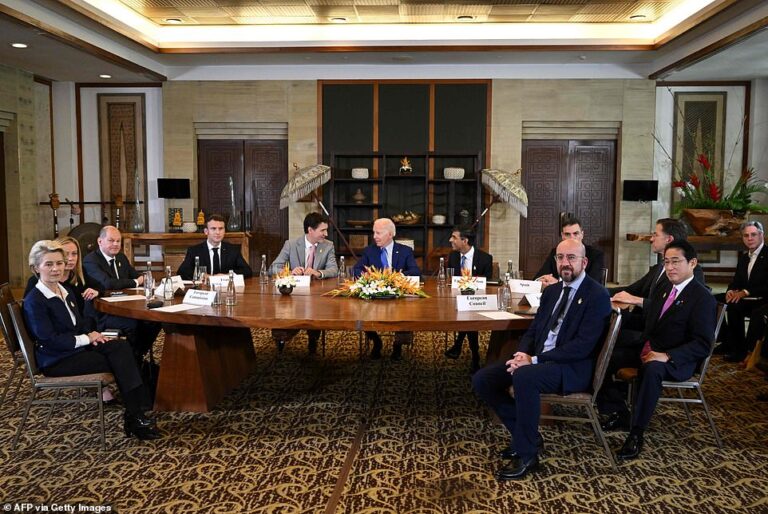 President Joe Biden ripped up his schedule on the final day of his around-the-world foreign policy trip to call an emergency meeting of G7 and N.A.T.O. leaders in Bali, Indonesia, after Poland blamed Russia for a missile strike on its territory.  He condemned Russia’s latest wave of missile strikes in Ukraine as ‘barbaric.’  But he said it… 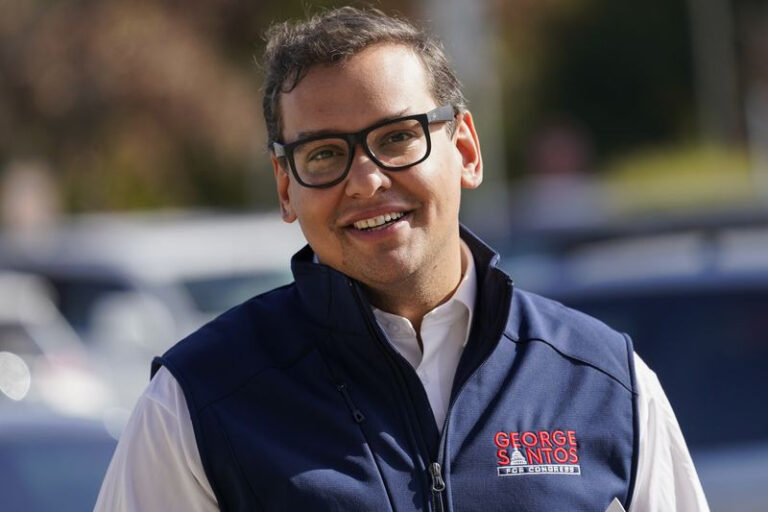 Long Island Congressman-elect, George Santos has finally reacted to some serious allegations against him which centered on “lying”.    Santos who spoke on WABC radio on Monday, December 26, confessed to lying while running to represent the people of New York’s 3rd District, which includes northern Long Island and northeast Queens.    He admitted he did embellish his… 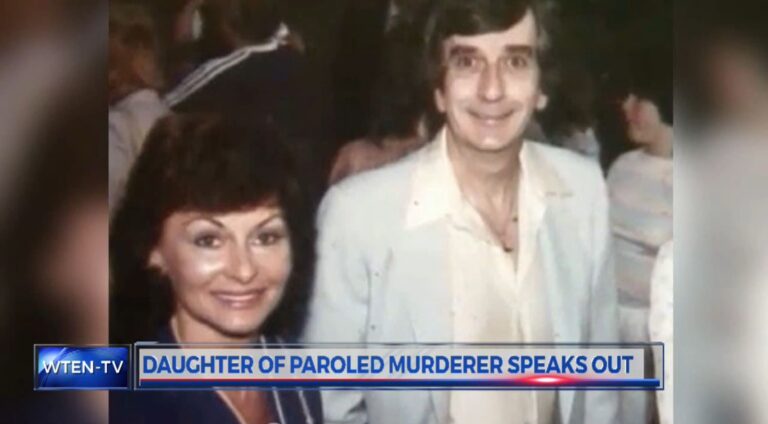 When Joan Bent was reported lacking from her Watervliet, New York, residence in February 1986, the police tried their finest to unravel the matter. Moreover, even Joan’s husband, Donald Bent, understandably appeared grief-stricken and devastated by his spouse’s demise. Investigation Discovery’s ‘A Deadly Fling’ chronicles the terrifying homicide and reveals how the following investigation revealed…

Auckland is the most liveable city in the world for 2021, according to a new study. Researchers assessed 140 cities across the globe and scored them on stability, healthcare, culture, environment, education and infrastructure. The Japanese city of Osaka is second followed by Adelaide, Australia, in third. Neither London nor New York makes the top… 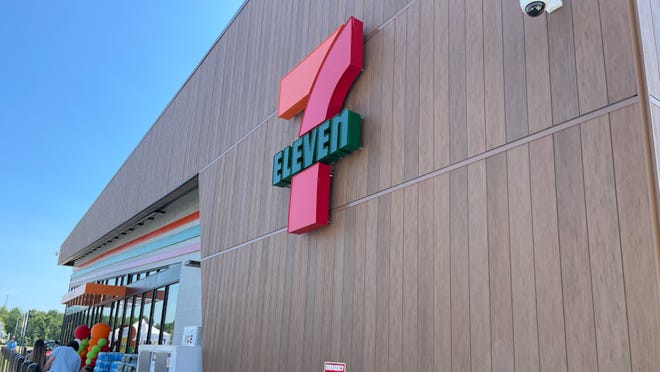 LAKEHURST – 7-Eleven is closing its convenience store on Route 70 next week as it seeks to further shed locations by selling 18 7-Eleven and Speedway stores in New Jersey. Signs inside Lakehurst’s 7-Eleven tout the store’s closure. “Everything must go,” one sign states, offering storewide discounts. A store employee said the store’s last day…