This year celebrities have kicked off 2020 with a bang, showcasing their washboard stomachs in a series of head-turning ensembles on the red carpet.

Model Emily Ratajkowski, 28, was one of the first notable contenders for the trend, which gives a nod to nineties fashion, attending the 2020 Vanity Fair Oscar Party in a surprisingly low slung white skirt and bandeau top.

Famed for her ‘ab crack’ and incredible stomach, the Blurred Lines video vixen was far from the only celebrity to rock the look.

And now an expert has revealed that the trend is seen as a ‘status symbol’ and the ‘new cleavage’ on the red carpet among stars, explaining that while the latter can be bought with surgery, stomach muscles are the ‘hallmark of dedication and discipline’.

Model Emily Ratajkowski, 28, was one of the first notable contenders for the trend, which gives a nod to nineties fashion, attending the 2020 Vanity Fair Oscar Party in a low slung white skirt and bandeau top, right, while Pussycat Doll Ashley Roberts, 38, flashed her toned tummy in a shimmering gold ensemble at the Brit Awards, right. 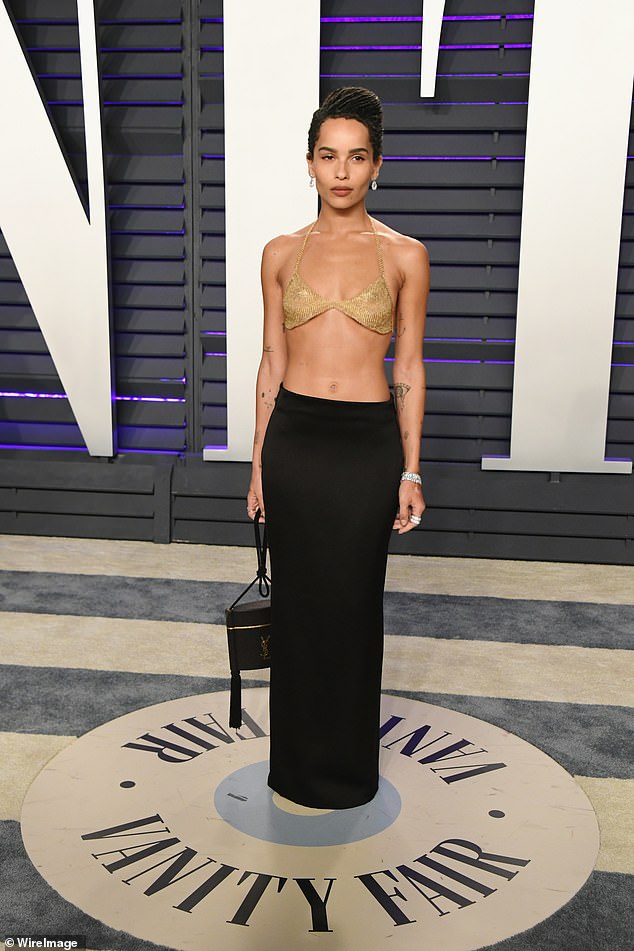 Rock beauty Zoe Kravitz, 31, appeared at the Oscars party in an £18,000 gold bikini top and low slung black skirt, showing off her equally astonishing stomach. An expert has revealed that abs is the ultimate symbol on the red carpet, as it signifies ‘dedication and discipline’

Speaking to FEMAIL, Elliott Upton, personal trainer at Ultimate Performance and Head of LiveUP Online Coaching, said: ‘Visible abs are a desirable feature for both men and women now.

‘They are an outward signifier of optimal health and fitness for many people, and are a hallmark of someone who is disciplined and focused, lives an active lifestyle, and takes pride in their health just as much as their appearance.

‘While anyone can pay for surgery, it takes real dedication and discipline to achieve and maintain abs.

‘Abs are the byproduct of the accumulation of healthy choices, habits and actions day-to-day.’

‘It shows that they live an active lifestyle, eat a healthy diet, have good and consistent habits in place, and work hard in the gym.

‘Someone like Jennifer Lopez is a prime example of someone who still works hard and stays in great shape and has the abs to show for it.’ 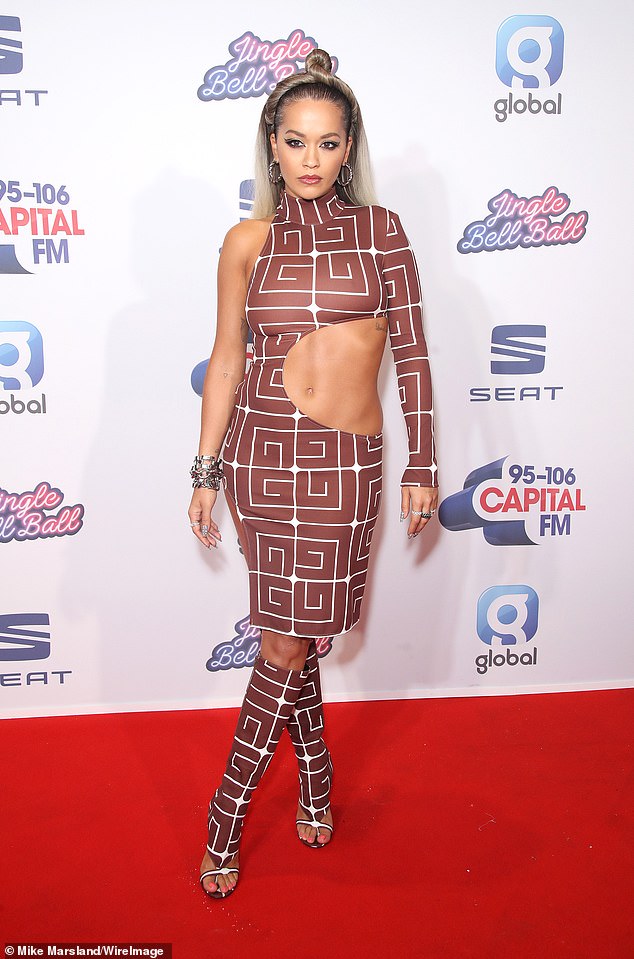 Rita Ora is also a fan of the trend, and was seen at the Capital fm party donning a cut-out dress which bared her toned midriff

And recent research by the body transformation shows that the trend is moving towards celebrities with more athletic bodies.

Nick Mitchell, founder and Global CEO of Ultimate Performance, said: ‘There is nothing new about the pursuit of the ‘perfect celebrity body’ – the desire to achieve a physique like the famous names of the day goes back generations. But what is interesting is how tastes evolve over time and what society venerates as the pinnacle of the ‘body beautiful’ from one year to the next.

‘A cursory look over this top 10 male and female celebrity lists will show you a number of striking trends about the celebrity physiques that are most desirable in 2020 in the UK, the United States, Dubai, Spain, Singapore, Sydney, Amsterdam Hong Kong and beyond.

‘For many women, there appears to have been a shift towards a more athletic and trained look with the likes of Wonder Woman star Gal Gadot, Jennifer Lopez, Jessica Biel and Halle Berry all among the top 10.

‘What is particularly heartening is to see a host of celebrities over the age of 40 feature among the top names our clients want to look like, including Jennifer Lopez (50), Halle Berry (53) – yet more proof of what we have always known at Ultimate Performance, that age is just a number and results are within the grasp of anyone.’ 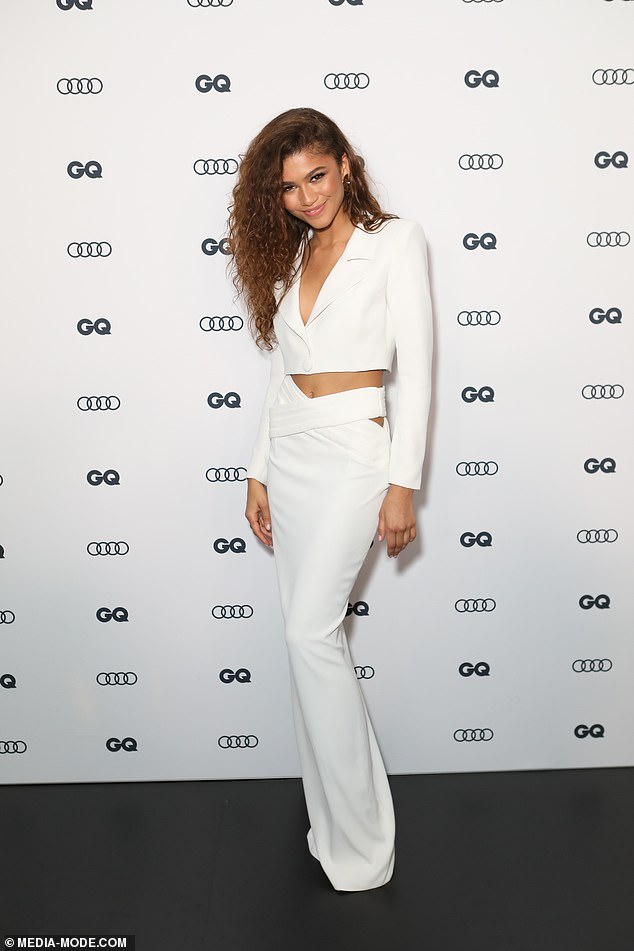 Zendaya managed to pull of the trend effortlessly at the GQ men of the year awards in Sydney, in a white blazer and skirt 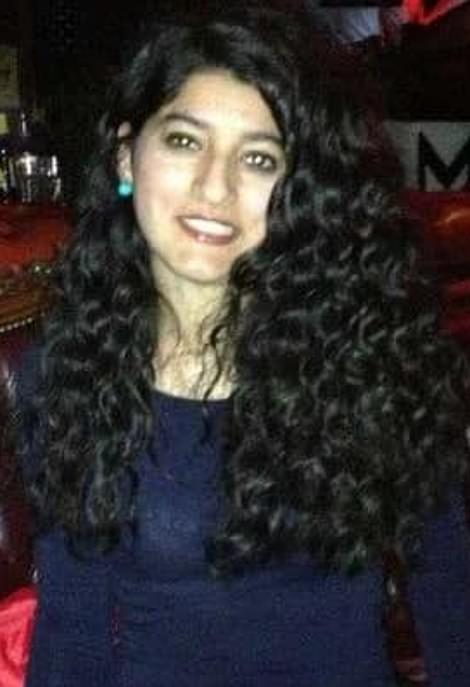 The heartbroken best friend of an ‘angel’ law graduate ambushed and beaten to death in an ‘opportunist stranger attack’ today revealed their final texts less than 36 hours before her murder. Zara Aleena, 35, died from severe head injuries after she was followed and attacked in the street while walking to her mother’s house in Cranbrook… 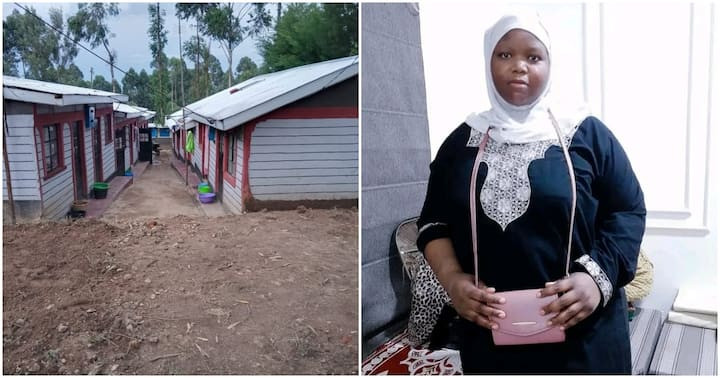 A Kenyan woman who works in Saudi Arabia as a househelp has bought two land parcels and built houses for rent.    Linet Omusula achieved this after working in the middle-east country for 10 years, an experience she said has given her life meaning, the challenges notwithstanding.   Speaking to TUKO.co.ke, Omusula said she bought the… 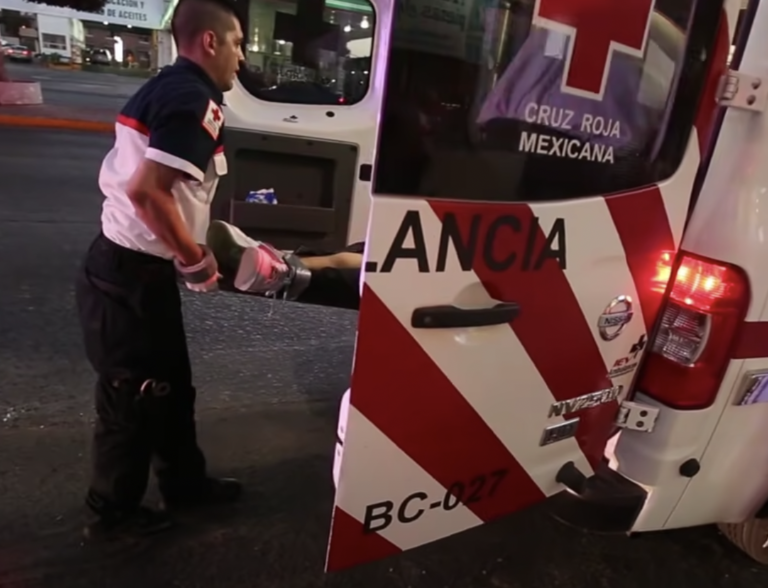 On July 4, 2022, the United States Embassy in Mexico City issued a travel warning about cartel clashes with government security forces. This statement also warned about the heightened risk of kidnappings and potential lethal encounters with cartels.  The notice came at a time after “a prominent cartel leader” was arrested and the reported risks…

Need some help getting in the Halloween spirit? Pay a visit to My Kitchen Witch, a Monmouth Beach restaurant known for its witchy decor and healthy, homestyle cooking.  Try eggs “Benewitch” with lemon artichoke spread and arugula, the Bewitchin’ egg bowl with steak and black beans, the Wickedly Witchy French toast with cinnamon and powdered…