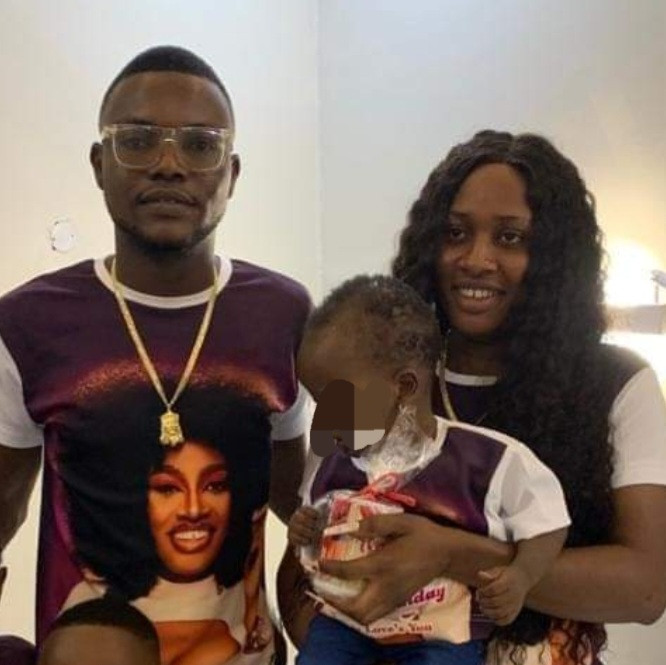 A father-of-three, who celebrated his wife on Facebook less than a week ago, has been accused of biting off her nose in her father’s house.

King Felix Nero and wife Queen Nero have been married for 5 years and have 3 kids together but it is alleged that Felix Nero has been abusive and also unfaithful.

Last year, it was alleged that he had an affair with his wife’s cousin, Ejiro Praise. At the time, the news went viral on many Warri blogs. 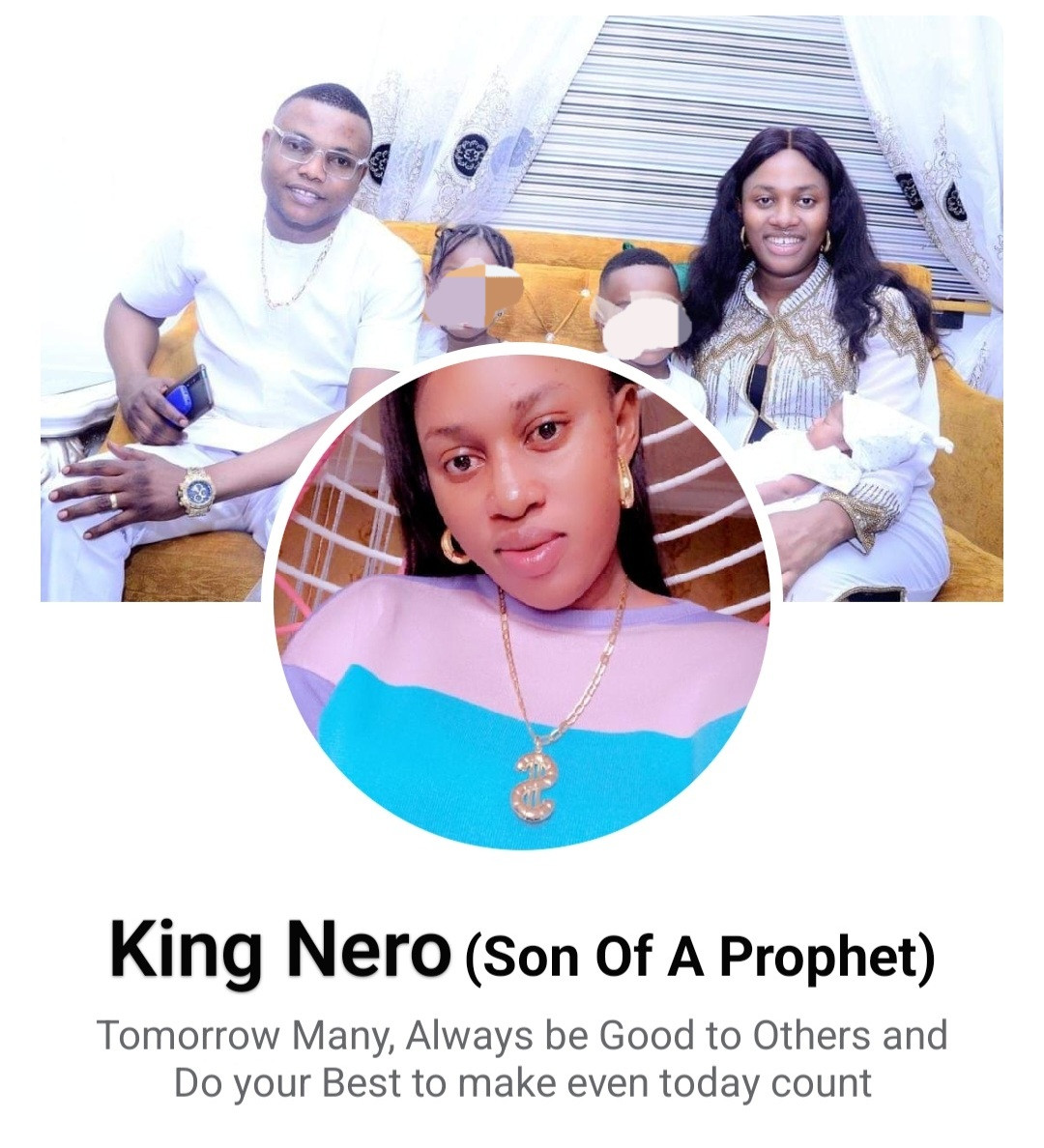 Due to the alleged domestic violence and infidelity, Queen moved with her kids back to her parent’s house in Asaba, Delta State.

Nero reportedly pleaded with many people, including social media influencers, to beg her to return to their home.

He also posted her on her birthday on June 3 and lavished her with sweet words. 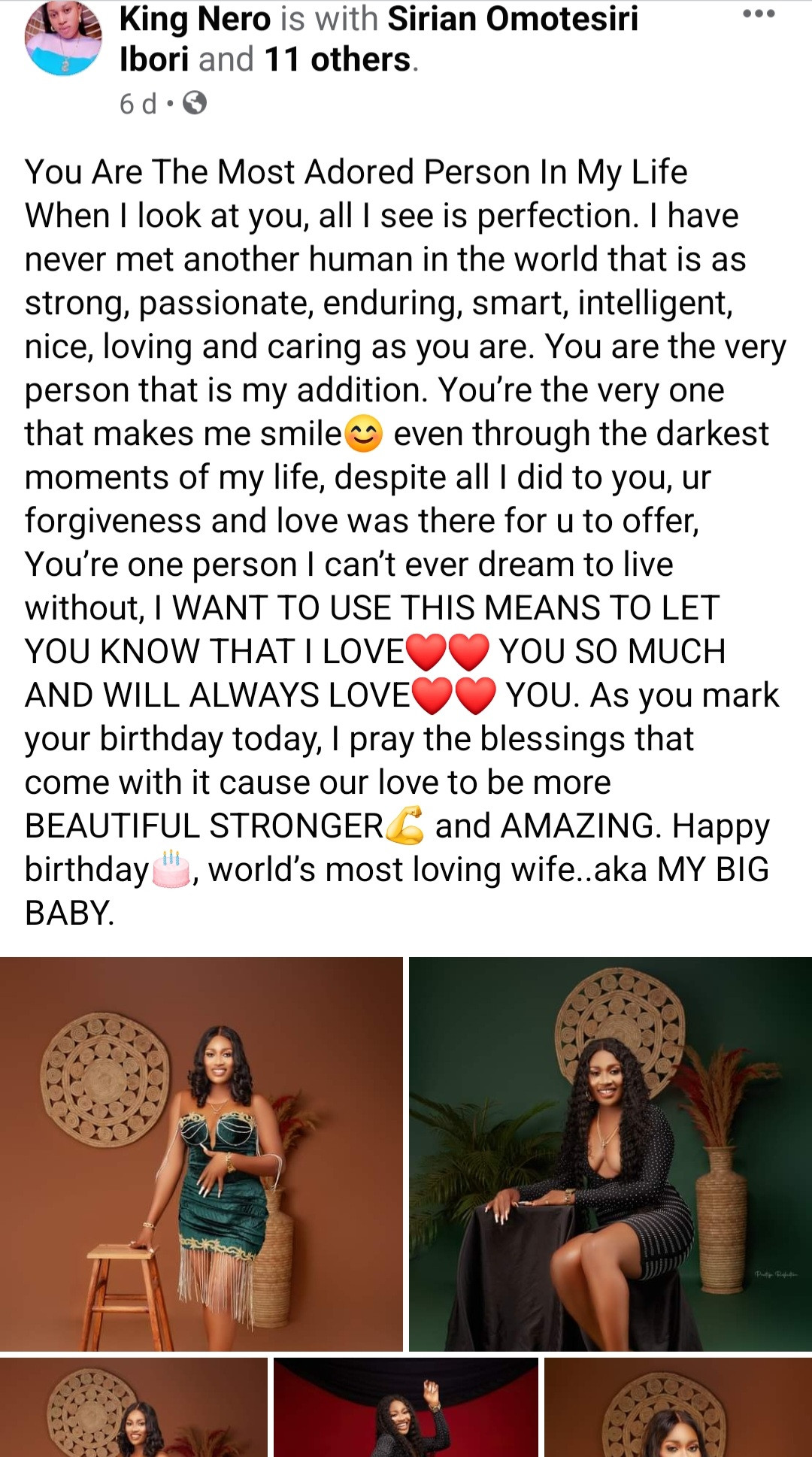 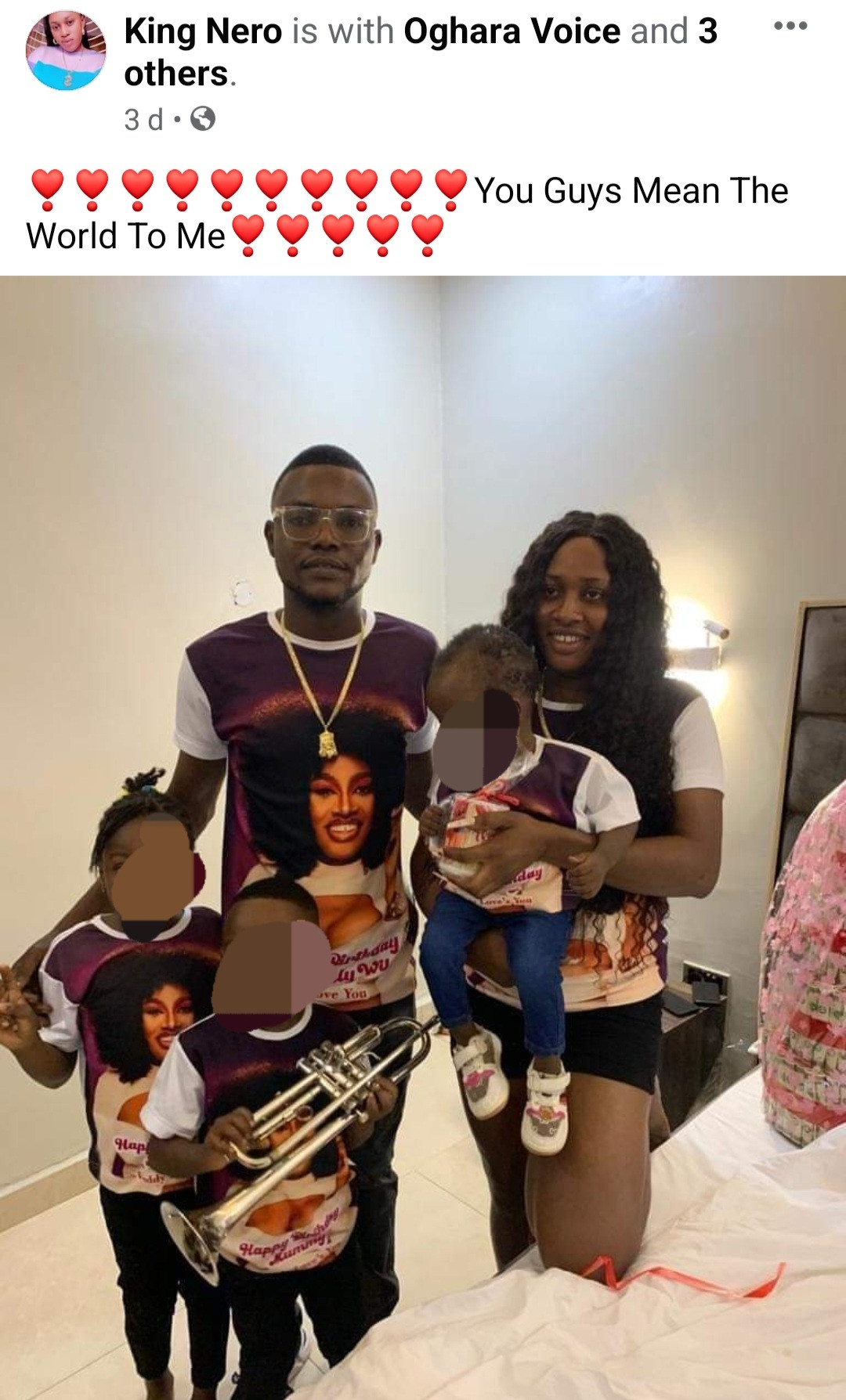 She reportedly promised friends who pleaded with her that she will return to her matrimonial home on Saturday,  June 4, but her husband Felix Nero visited her on the same day, allegedly caused trouble in her father’s house and bit off her nose. 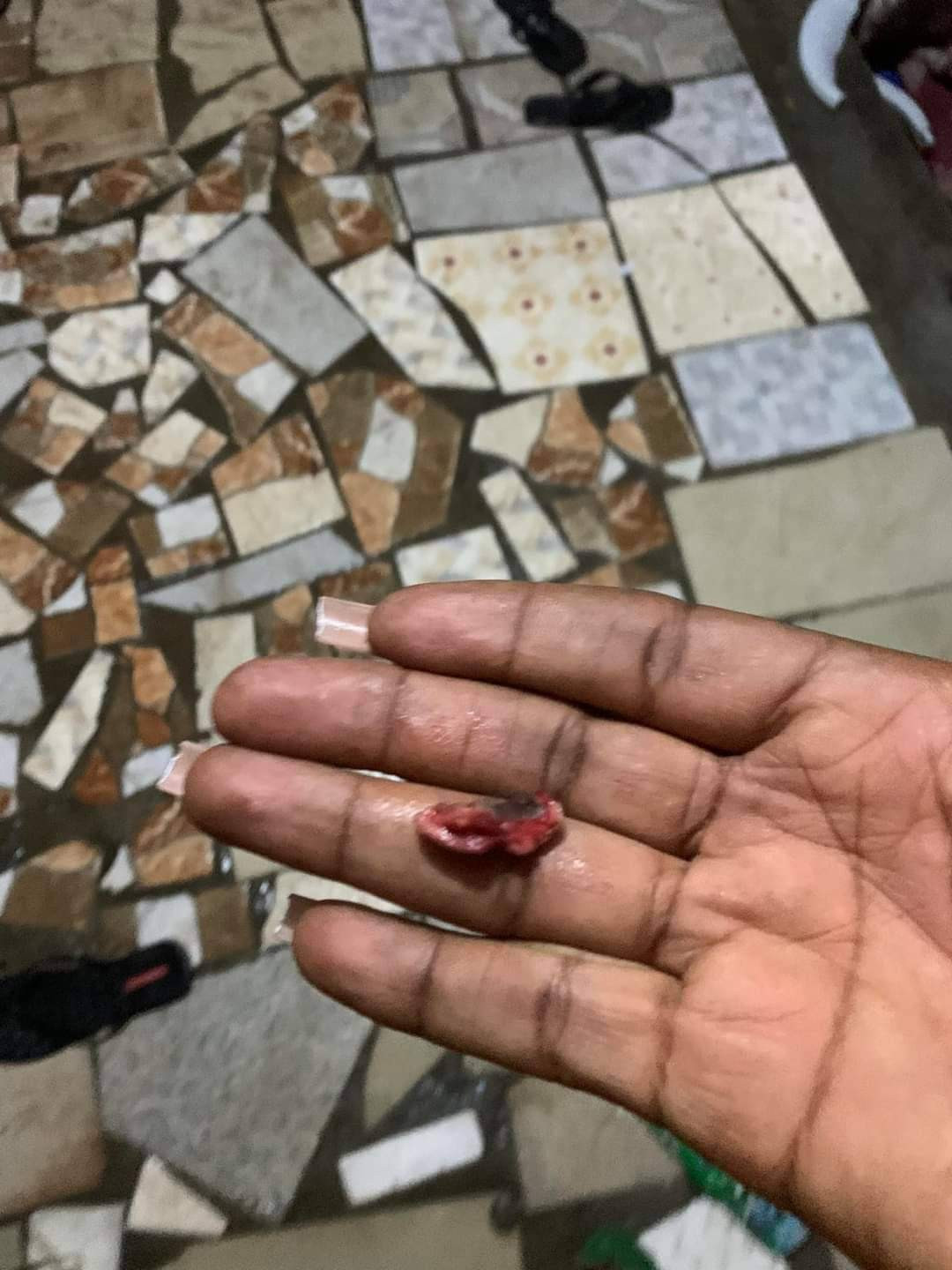 A graphic video shows Queen Nero crying after the attack.

“See wetin Felix do me o,” she said in the video while showing her disfigured nose. 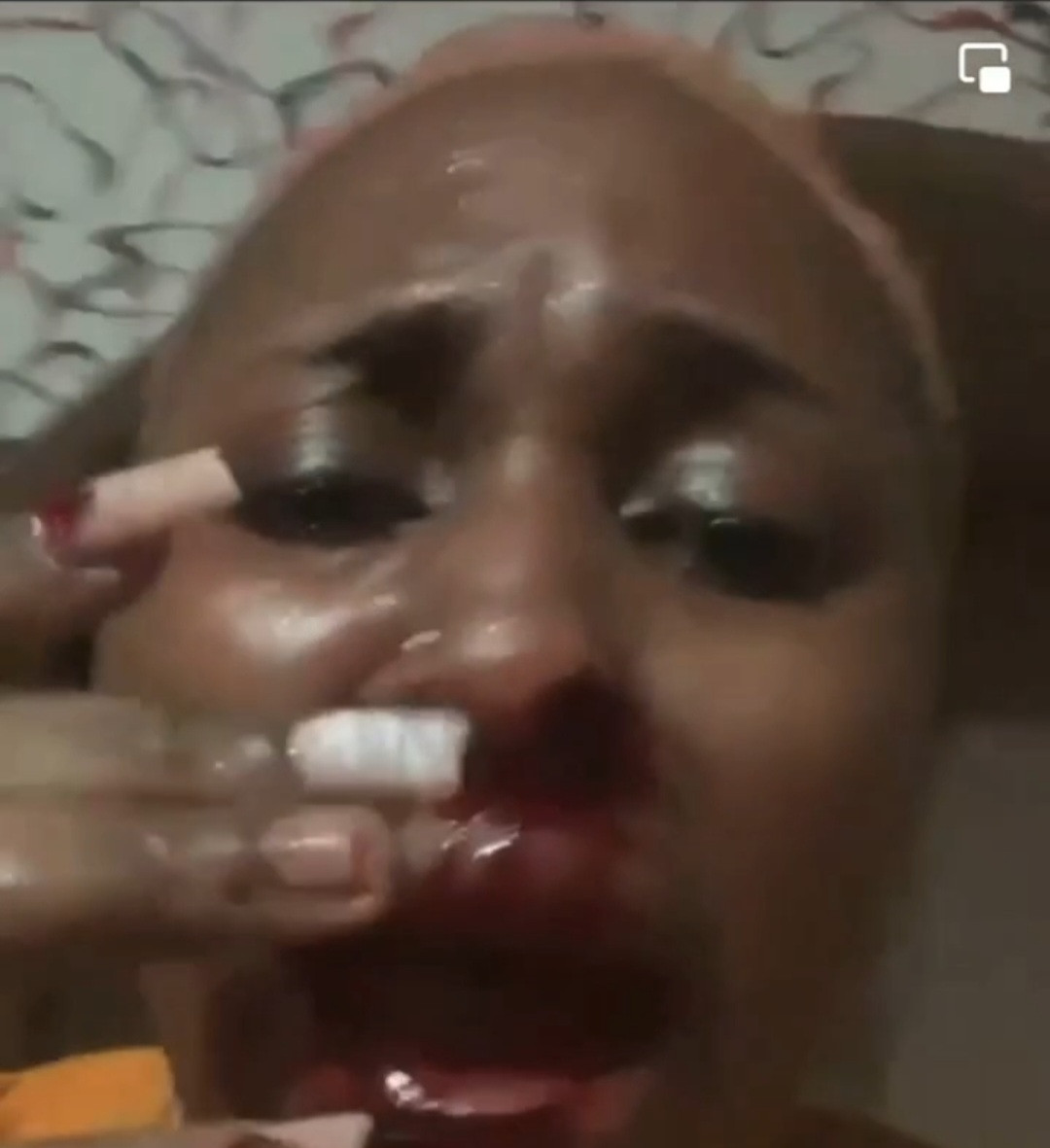 Her kids can also be heard crying in the background and calling for their “mummy”.

The video caused outrage and led people to call Felix out.

Felix has now taken to Facebook to write a suicide note.

He asked the public to forgive him for everything and told his 3 kids that “even in death” he will still love them.

He told the public not to judge him as he alone knows the pain and depression he’s been suffering for years. 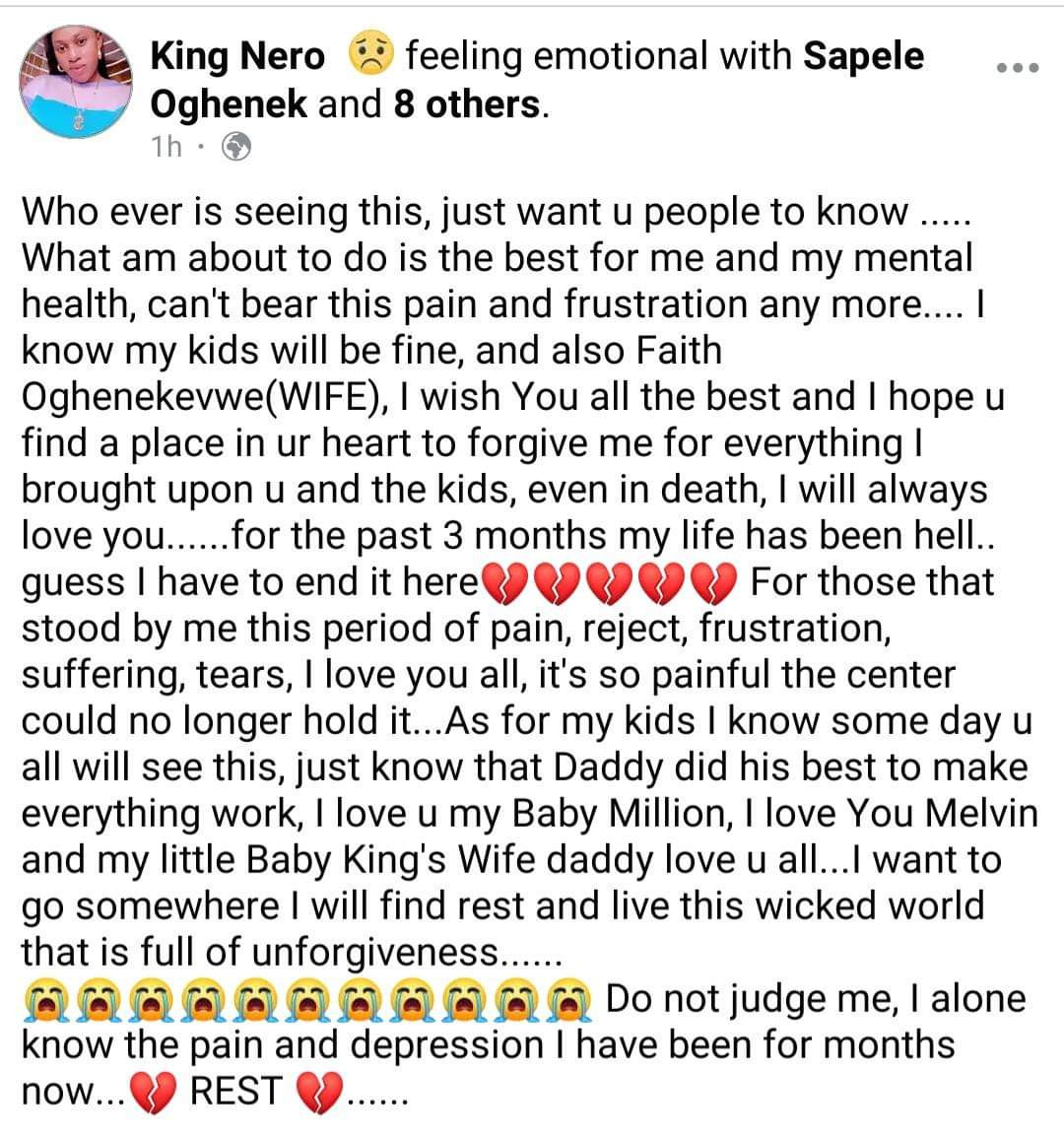 Social media followers are now calling on his wife to put their differences aside and seek out her husband to prevent him from commiting suicide.

Watch a video of Queen showing the damage Felix did to her nose.

Adrian Grenier is an actor, director, and producer from the United States. Adrian is a fantastic musician. He is...

Jacob Elordi was called gay in the school and was okay with the talk since he had some good...

Follow us on Telegram for the latest updates: Singaporean Feng Tianwei defied the odds on Sunday, Aug. 7...
- Advertisement -

Maura Higgins has spoken for the first time about how she was sexually assaulted by a taxi driver in...

PISCATAWAY -- Derek Simpson is well aware of the...
- Advertisement -