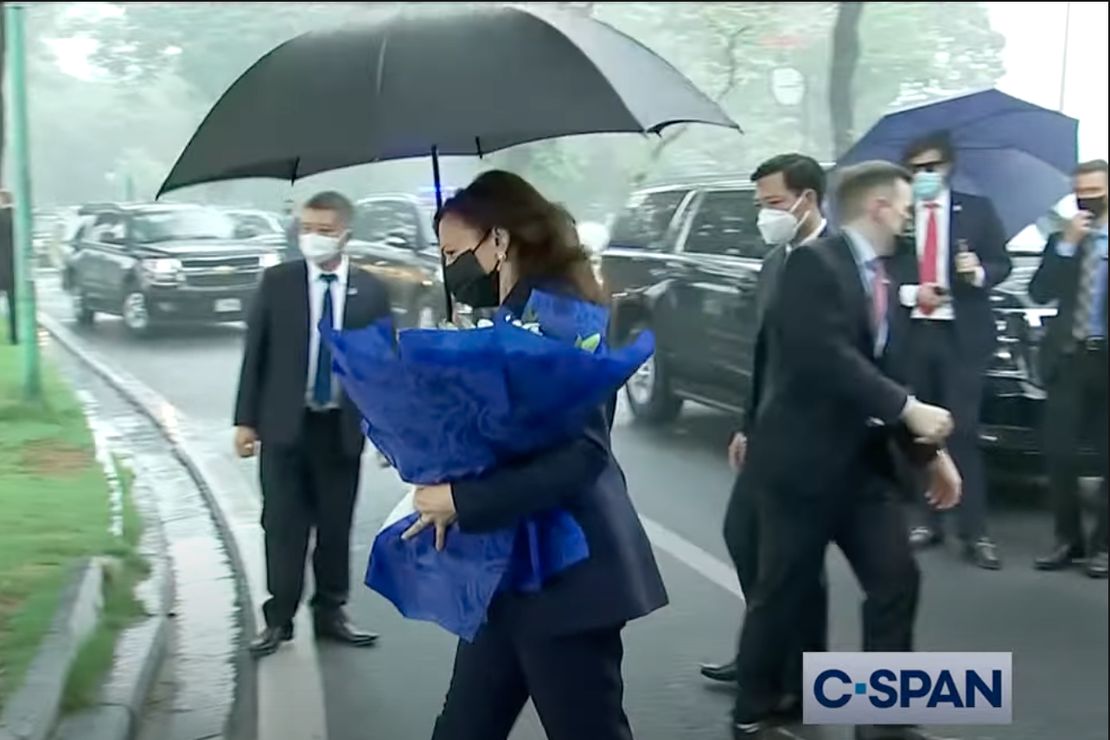 Alleged Vice President Kamala Harris praised late Senator John McCain today at the site in Vietnam where his plane was shot down more than 50 years ago.

Harris called McCain “an extraordinary American” and “a hero” who “always fought for the best of who we are.”

McCain must have done a lot of hero-ing since his death in 2018, because the same man who Harris said was “so courageous and really lived the life of a hero,” was once compared by the Left to “Hitler, Satan and Jeffrey Dahmer.”

Here’s the “Harris Praised McCain” clip from C-SPAN if you can stomach it.

Harris is just following in her boss’s footsteps. “All politics is personal,” Biden said at McCain’s memorial service. “It’s all about trust. And I trusted John with my life.”

But all that is now that McCain is dead.

When then part-time U.S. Senator Barack Obama was running against McCain for president in 2008, the Illinois Democrat called McCain “out of touch, out of ideas, and running out of time.”

And that’s one of the nicest things said about the Republican “maverick” that year.

ASIDE: I’m no fan of John McCain, but I’m even less a fan of Democrat hypocrisy. I’m a busy man.

Back when he was running for veep alongside Obama, Presidentish Joe Biden said that “the Bush-McCain foreign policy has dug us into a very deep hole, with very few friends to help us climb out.”

Related: Biden Is an ‘Impediment’ to Private Afghanistan Evacuations, ‘A Massive F*** Up’

Even POLITICO was forced to admit that year that “the Project for Excellence in Journalism’s researchers found that John McCain, over the six weeks since the Republican convention, got four times as many negative stories as positive ones.”

But all of that is nothing compared to the insults hurled by lefties in the private sector, who see no need to wear a mask of civility.

GQ’s Drew Magary called McCain “the perfect American lie” in a 2017 essay, calling him “a fraud” who has “never done the right thing.”

McCain has been called “a reactionary, bloodthirsty war hawk,” “an angry man” who was “too old” to run for president (even though he was younger in 2008 than Biden was in 2020).

But you know the Democrats’ drill: The only good Republican is a dead Republican.

A 1-year-old boy was reportedly found dead on Thursday in a hot car parked outside...
- Advertisement -