TARRYTOWN, N.Y. (AP) — Wasabi could be the flavor of the year at the Westminster Kennel Club dog show. Or it might have a taste for Bourbon.

Dogdom heavyweights Bourbon the whippet and Wasabi the Pekingese are among finalists for Sunday’s best in show title, and they have plenty of competition: a French bulldog named Mathew, an old English Sheepdog called Connor and three more finalists not yet chosen.

Both Wasabi and Bourbon have won another big show, the American Kennel Club National Championship, and Bourbon was Westminster’s runner-up last year. Meanwhile, Bourbon jockeys for bragging rights with Mathew on a daily basis — the two dogs live together, since their handlers are married to each other. Wasabi is a grandson of a Westminster winner, Connor the son of a runner-up.

They’ll face off against the top working dog (a group with big and often protective breeds), sporting dog (such as retrievers and spaniels) and terrier (the spunky group with more Westminster wins than any other). The winners of those three groups get chosen Sunday evening, and then all seven finalists go back into the ring to vie for best in show.

“It’s always exciting every time, and you’re always hopeful,” said Wasabi’s handler and breeder, David Fitzpatrick, who guided the Peke’s grandfather Malachy to the Westminster title in 2012. “It’s an honor to be at Westminster.”

The honor is triple for Olga Contant, who made a fist-pumping leap into the air Sunday afternoon as a judge chose Hugo — a bullmastiff she bred, owns and handled — as best of his breed, giving him a shot at the working group title.

“It’s a pinnacle show for anybody,” and all the more so for the relatively few owners who show their own dogs instead of entrusting them to professional handlers, said Contant, of Los Gatos, California.

The 149-pound Hugo might look imposing, but he’s “the sweetest dog in the world…. He captures the heart of everybody who comes around,” she said. “He is the best presentation of the breed, where you can keep him as a family pet, but also, he’ll protect you.”

For Douglas Tighe, his turn in the sporting group ring with a Brittany named Pennie will pay tribute to a family tradition. His parents began breeding Brittanys 55 years ago.

Pennie shone in the breed competition in an unusual setting for Westminster — outdoors. Because of the coronavirus pandemic, the show was moved from Manhattan for the first time in its over 140 years so it could be held outside at the Lyndhurst estate in Tarrytown, New York.

Pennie stayed focused, but Tighe says he just goes with it if his dogs get distracted by the birds they were bred to hunt.

That’s what it’s about to Kole Brown, too. At age 9, he showed a bull terrier named Riley on Sunday alongside his parents, Kurtis Brown U.S. Air Force Capt. Samantha Brown, and some of the family’s other bull terriers.

The entertaining breed is strong and known for being stubborn, and the biggest ones don’t weigh much less than Kole himself. But he wouldn’t have it any other way: “I was born into this breed, and I’m staying in this breed,” he declares.

“I have a lot of fun with this sport,” said Kole, of San Antonio, Texas. “Every single time I go into the ring, I have a smile on my face.”

The Queen was seen standing today as she held a face to face audience at Windsor Castle – part of her first official engagements since missing the Remembrance Sunday service.  The monarch, 95 – dressed in a green, orange and white floral dress and wearing a string of pearls – was pictured greeting and chatting to General…

The Texas state lawmakers who fled to Washington, D.C. instead of remaining in Austin and doing their job are getting some support from other Democrat legislators today. The Texas Democrats realize they have failed epically to inspire the Senate to act by voting on the For the People Act. They have been ridiculed on social… 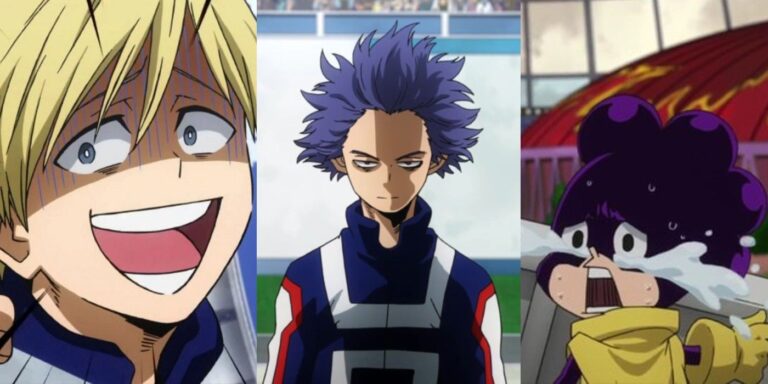 In My Hero Academia‘s first episode, protagonist Izuku Midoriya states, “not all men are created equal.” This line is one of the most pivotal themes of the anime, as characters struggle through feelings of incompetence and resentment in order to push themselves to get stronger. However, not all characters use their jealousy in positive ways….

Colorado Republican Rep Lauren Boebert bombastically told the US federal government during the CPAC conference to “leave us the hell alone”. “We’re here to tell the government: ‘we don’t want your benefits, we don’t want your welfare’,” she said on Saturday night. “Don’t come knocking on my door with your Fauci ouchie – you leave…

Have a ladybug invasion?  You’re not alone. They’re just looking for a nice place to overwinter, entomologists say.   That’s no consolation to New Jersey homeowners who would just as soon not be the winter hibernation destination for mobs of the red- and orange-winged insects. The Asian lady or “Halloween” beetle tends to swarm at the end…

Dec. 10 (UPI) — Screenwriter Jeb Stuart has confirmed his 1988 action classic, Die Hard, is a Christmas movie, hopefully settling a debate that has divided viewers for decades. “Die Hard is definitely a Christmas movie,” Stuart told UPI with a laugh in a Zoom interview Thursday. “I’m out in L.A. now and I can…