The awards season is over, which should mean a welcome respite from celebrities lecturing us on our bad attitudes towards the environment, gender politics, sexual harassment, #MeToo and #MooToo — the oppression of defenceless cows for their milk, as highlighted by Joaquin Phoenix in his Oscar acceptance speech.

Have I skimmed, have I missed something?

Oh yes, racism. We are all racist now, apparently.

At the Brit Awards this week, award-winning rapper Dave accused Boris Johnson of being a racist.

His argument? ‘It is racist, whether or not it feels racist, the truth is our Prime Minister’s a real racist,’ he rapped. And it must be tru cuz he said it. 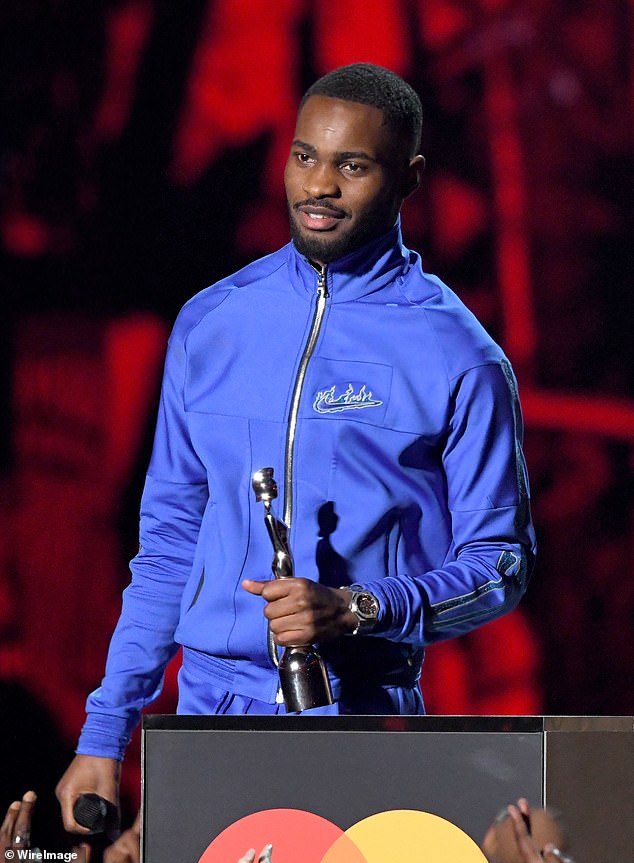 It’s so exhausting, isn’t it, being guilty of everything all the time?

Being such a perma-disappointment to the woke generation with their burnished morals and burning zeal to expose any instance of modern oppression and right every historical wrong in the dankest corners of society.

Yet there is one area of widespread persecution and criminality in the UK on which they all remain silent — the abuse of white working-class girls by Asian grooming gangs.

Over recent years, hundreds of vulnerable girls have been traumatised, broken, abused, raped, left unable to get on with their lives — but no high-profile crusader speaks for them, do they?

No actor dedicates his or her trophy to them, no duchess pops a concerned head over the parapet of their anguish.

No one is starting a hashtag or opening a pop-up shop or pleading for justice for them.

In fact, few celebrities have anything of note to say on the subject, even though this week saw more convictions of Asian men of mainly Pakistani descent for what have become known as grooming gang offences.

Usman Ali, Banaras Hussain, Abdul Majid, Gul Riaz and two other men were jailed for a total of 55 years for what the judge called ‘vile and wicked’ repeated sexual assault and the multiple rape of two under-aged white girls.

These offences took place in Huddersfield, but we have been here before — in Rochdale, Bradford, Rotherham, Oldham, Halifax, Nottingham, Telford, Newcastle, Derby, Bristol, Birmingham, Peterborough and elsewhere.

It is a contagion, a disgrace — yet don’t expect the ongoing trauma suffered by these girls to get a mention when there are far more fashionable causes to get angry about.

Such as the transgender social justice initiative currently tearing the Labour Party apart or the continued insistence by some that the Grenfell tragedy is a race issue.

If you really want a race issue, consider a report published last month into a grooming scandal in Manchester, which concluded that 57 young girls were thought to have been exploited by up to 100 Asian members of a gang, despite the fact police and social workers knew what was happening.

Or note that in Oxford this month, three Asian men were jailed for a total of 49 years for raping and sexually abusing a schoolgirl, the third trial in a series of linked cases going back years.

Naim Khan, Mohammed Nazir and Raheem Ahmed — all in their 40s — were found guilty of 35 offences against the girl when she was aged between 13 and 15.

‘My life has been destroyed,’ she said in her victim statement. In many of these cases, the victims were not believed at first, only to be later left with shattered lives freighted with eating disorders, depression, PTSD and drug dependence.

It is not helpful, some say, to think of this national scandal in terms of race because white men are abusers, too. Indeed they are, but on this scale? Operating with such impunity in so many cities?

We all know what we can see, which is that these girls and their families have been let down and that there is still little evidence of efforts in British Pakistani communities to confront the problem.

So you must forgive me for feeling rather cynical when Dave the rapper gets into his solid groove about the race issues affecting this country today.

For if these victims had been black schoolgirls targeted by gangs of white men, there would be rioting on the streets. Or a few verses from Dave or Stormzy at the very least.

Perhaps a calming bananagram from Meghan, an invite to stay in Lily Allen’s party barn, a message of sympathy from Oprah.

When he was a Labour MP, Tom Watson’s West Bromwich constituency was in the absolute heartland of grooming gang territory, but if he ever got involved in the scandal, I must have missed it.

Watson had a long-standing interest in abuse cases, but only if the abusers happened to be members of a Tory paedophile ring — which, in the end, turned out not to exist and were the ramblings and imaginings of a known fantasist.

Meanwhile, the abuse of hundreds of girls went on unchecked.

How did we get here? The problem is that they are the wrong kind of victims and the wrong kind of offenders — resulting in few declarations of solidarity from feminists and little acknowledgment of their plight elsewhere.

All the stars are too busy being groovy to concern themselves with troubled, white, working-class girls from failing families whose tormentors happen to be embarrassingly and overwhelmingly of Asian origin.

So say nothing, and sing a different song instead.

Joanna’s secret to a happy marriage? Forget it!

Joanna Lumley’s marriage is my kinda marriage. She goes for weeks on end without seeing her husband.

The 73-year-old actress says she doesn’t even pick up the phone to speak to her other half, preferring to send him a postcard instead. ‘Dear Thingy, Wish You Weren’t Here.’

Joanna and Stephen have been happily married since 1986, they live in London and also have a home in Scotland.

Sometimes when she sees him in the garden, she asks: ‘Don’t I know you from somewhere?’

You have to give your lover the opportunity to miss you, but is Joanna taking it too far? 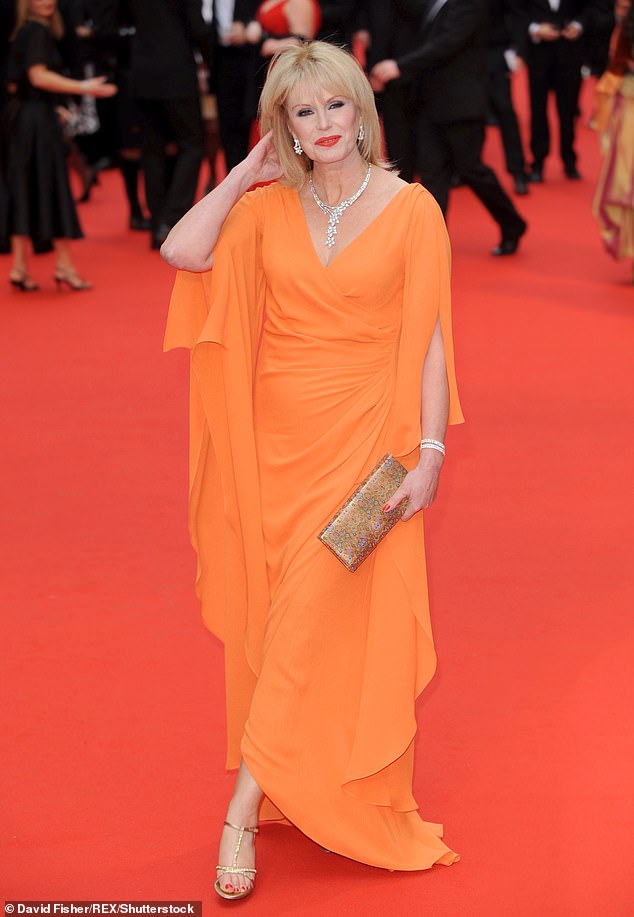 Joanna Lumley’s marriage is my kinda marriage. She goes for weeks on end without seeing her husband

Keep the men, I’ll have the house

The Split is back for a second series on BBC. The legal drama stars a family of she-lawyers — mum and her two daughters, plus the obligatory, daffy hippy-chick who can’t count up to three without making a mistake.

The star of the show is Nicola Walker as smart elder daughter Hannah Stern — all piped blazers and excellent workwear. 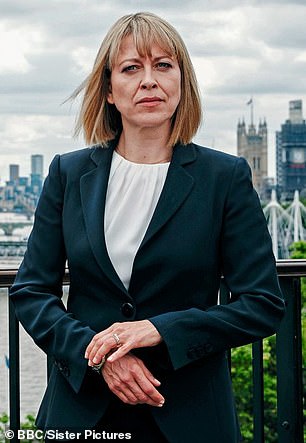 Hannah is still having an affair with lawyer Christie Carmichael (Barry Atsma), although her barrister husband Nathan (Stephen Mangan) is beginning to suspect

Hannah is still having an affair with lawyer Christie Carmichael (Barry Atsma), although her barrister husband Nathan (Stephen Mangan) is beginning to suspect.

If she were a really smart lawyer, she might think about shutting her office door before snogging Christie in the afternoon. That’s if she wants to hang onto her briefs, but sometimes I don’t think she does.

What I don’t understand is why Hannah has all these panting men in the first place. She is always hurtling around in a bad mood, she never cracks a joke and is tense, uptight and borderline furious.

Maybe I am underestimating the allure of her perfect silk blouses.

The Split is painfully right-on in every scene, except when it comes to how much money lawyers make. Can Hannah and Nathan really afford that gorgeous house? I don’t care for either of her men, but I lust after her high ceilings and that darling pink lamp in her hall.

Publicly perhaps, but privately they must be shattered. It’s a troubling decision and hard for Spielberg and his wife Kate Capshaw.

One can only wish all three of them happier times.

An offer she could refuse

Is a 39-year age gap too much? Yes, according to Al Pacino’s ex-girlfriend. After two years together, actress Meital Dohan, 40, has ended her relationship with the 79-year-old.

She said: ‘It’s hard to be with a man so old, even Al Pacino. 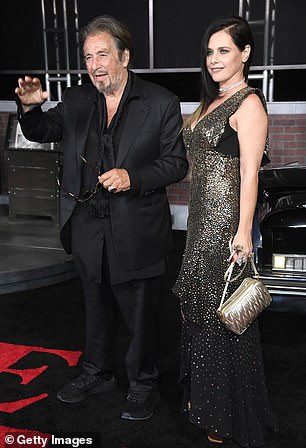 Is a 39-year age gap too much? Yes, according to Al Pacino’s ex-girlfriend. After two years together, actress Meital Dohan, 40, has ended her relationship with the 79-year-old

‘I tried to deny it, but he is already an elderly man. So even with all my love, it didn’t last.’ I’ll bet!

Sympathising with his lumbago, tucking him in for his morning, afternoon and early evening naps, helping him find his spectacles and explaining what an app is — it all takes a toll. Even worse, Miss Dohan also accused the Godfather star — who has an estimated fortune of £140 million — of being stingy.

He didn’t buy her any gifts, only flowers. What a rotter.

Al has never married, which is one reason why he still has all that dosh.

In her autobiography, his former girlfriend Diane Keaton wrote: ‘Al liked plain. Sometimes I swear he must have been raised by wolves. There were normal things he had no acquaintance with, like enjoying a meal in the company of others. He is more at home eating alone, standing up.’

You can’t say Meital wasn’t warned. All that elderly aggro. And only a bunch of daffs to show for it! 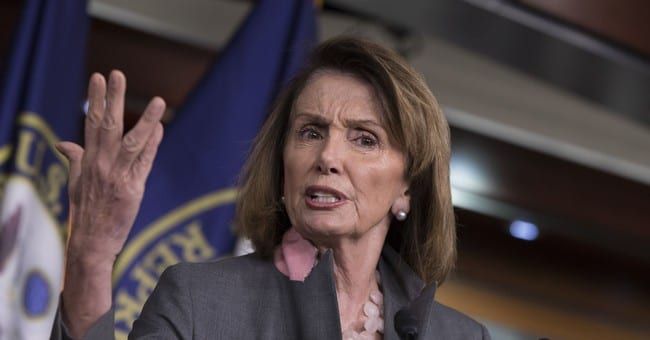 EDISON – After a two-year hiatus and legalization, the Cannademix cannabis conference is returning to Middlesex College. Cannademix will host “Cannabis Conversations: Education, Equity, Sports, and Policy,” from 4 to 9 p.m. Oct. 8, in the Park View Room in the West Hall building. The event will feature networking for those looking to get into the… 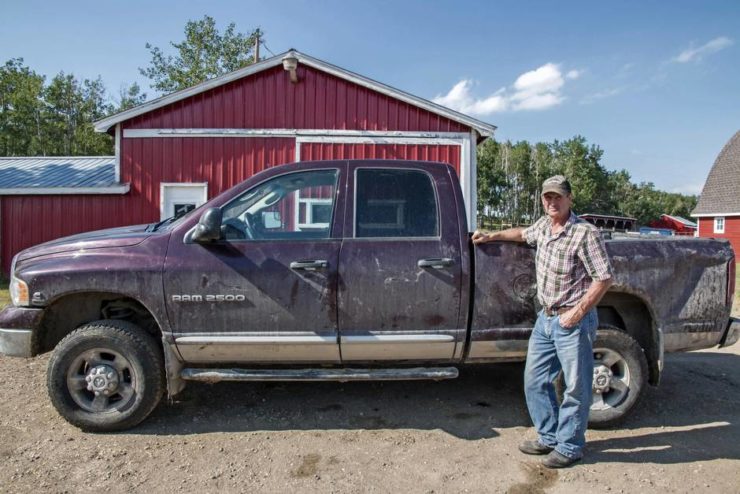 A visitor put up by Blue State Conservative’s  PF Whalen and Parker Beauregard: One of many forgotten farmers in conservative flyover America. #6: America’s cultural ‘heart’ is shifting to the suitable. Younger Trump supporters at 2016 Trump rally in Washington, MI. Photograph credit- 100 % FED Up PF: The way forward for our nation will…

Chloe Ranking: The Curse Ranking: Lodges, eating places, galleries, and golf equipment host countless boozy PR occasions for every part from product launches to movie screenings, each hour of the day everywhere in the nation. Anybody wanting free wine and nibbles has solely to saunter as much as reception and say: ‘Is it by way… 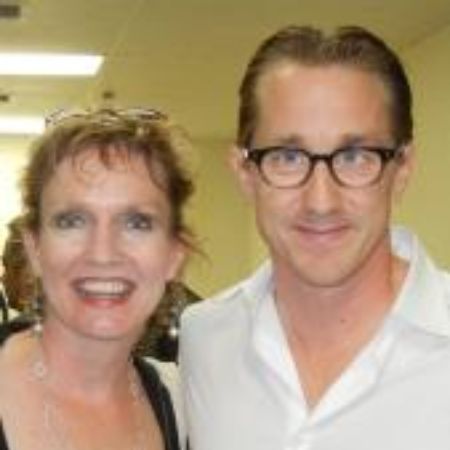 Kurt Johnstad hails from the US and works as a screenwriter. He’s labored on various movies, together with 300, for which he, Michael Gordon, and Zack Snyder acquired a Saturn Award nomination. Kurt additionally wrote the scripts for Act of Valor, 300: Rise of an Empire, and Atomic Blonde, in addition to being chosen to…

A 13-year-old boy who was taught to use a gun by ISIS fighters aged eight is locked up at a prison for ‘Caliphate Cubs’ and says he wants to come ‘home’ to Britain. Abdullah, who says he is a fan of Chelsea and McDonald’s, claims he grew up in London with his family, who are…