Jill Biden changed into a baby blue suit to match husband Joe’s tie for their royal sit down on Sunday while The Queen was pretty in pink to host the first couple for tea.

The first lady changed out of the navy Carolina Herrera peplum top and skirt she wore to church Sunday morning into a blue shift dress and matching blazer for the Windsor Castle visit.

Her suit reflected the blue in the president’s tie, giving the couple a coordinating vibe for the Inspection of the Guard of Honor outside Windsor Castle, particularly under the bright sunlight on the beautiful British Day.

It was so bright the president, at one point, donned his signature aviator sunglasses.

The Queen, meanwhile, wore a bright pink dress with a floral pattern and a matching pink hat for the occasion.

Jill Biden changed into a soft blue suit for the Bidens’ meeting with The Queen; her suit coordinated with the blue in the president’s tie, giving them a matching vibe

After the formal greeting outside, the 95-year-old-monarch and the first couple headed indoors for a private meeting.

The first lady’s office declined to name the designer of her outfit, saying they would not be commenting on Dr. Biden’s clothes. It’s marked difference from the Trump administration, when Melania Trump’s outfits were closely analyzed for any possible messages. Melania Trump rarely gave media interviews leaving a lack of spoken words.

Jill Biden, on the other hand, often speaks to reporters and held an impromptu, short press conference at the G7.

She’s also let her clothes speak for her, such as the blazer emblazed with the word ‘Love’ on its back, which she wore for the formal leader greeting on Friday.

‘I think that we’re bringing love from America,’ she said of it. ‘This is a global conference, and we are trying to bring unity across the globe. And I think it’s needed right now, that people feel a sense of unity from all the countries and feel a sense of hope after this year of the pandemic.’

Commentators noted it was a marked contrast from Melania Trump’s infamous ‘I really don’t care, do u?’ jacket that she wore for a trip to the Southern border. 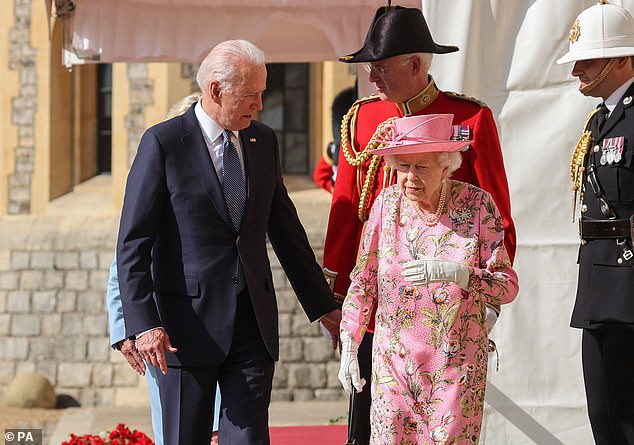 DON’T TOUCH JOE! President Biden, who is known for being touchy-feeling, came close to touching the Queen, a violation of royal protocol 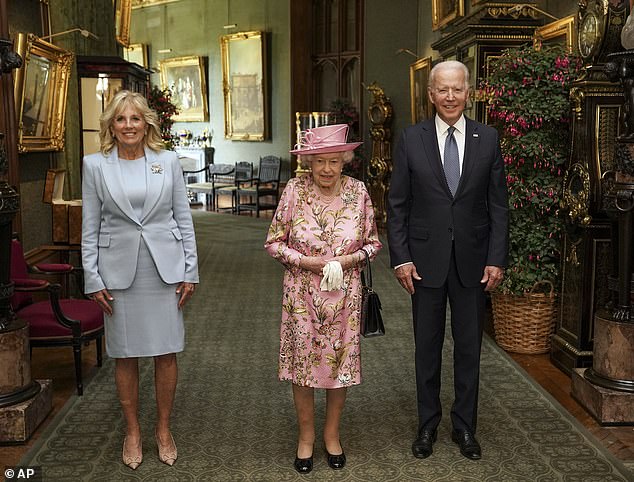 The Queen hosted the Bidens for a private tea 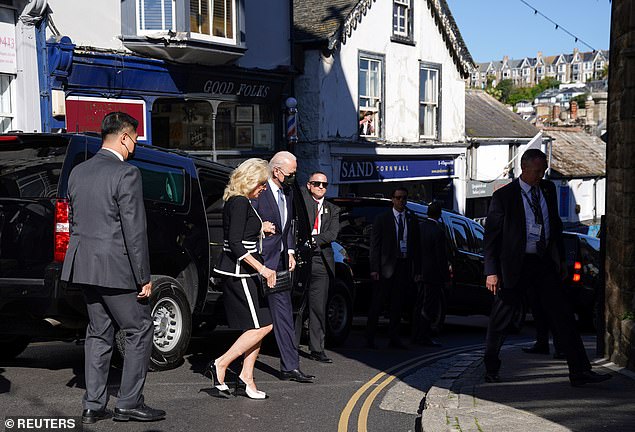 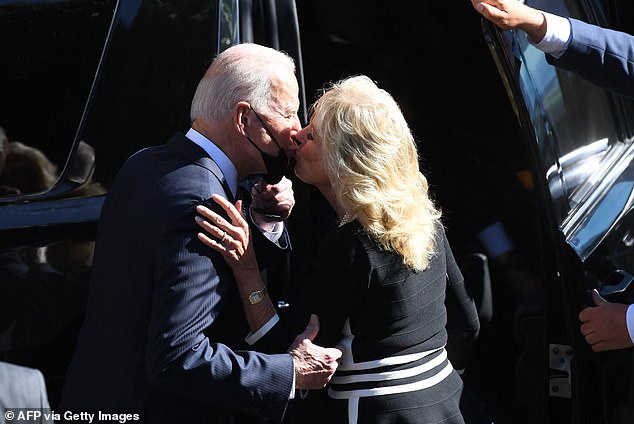 At the meeting with the Queen on Sunday, President Biden, who is known for being touchy-feeling, appeared to reach out as if to offer The Queen his arm to escort her off the dais.

But he seemed to draw back at the last minute. It is a breach of protocol to touch The Queen although the president kept a hand close to her back as they walked off the stage.

The Bidens visited the Queen’s Berkshire royal residence this evening, after attending the G7 summit in Cornwall.

The couple met the Queen on Friday when she attended a reception for G7 leaders at the Eden Project.

The carefully-choreographed arrangements to welcome Biden echo the welcome given to Donald Trump in 2018, when the controversial then-US president travelled to Windsor to meet the monarch.

Trump and the Queen had afternoon tea together in the castle’s Oak Room, with the meeting lasting longer than expected.

It was due to last around half-an-hour, but overran by almost 20 minutes.

The Queen’s dresser, Angela Kelly, later said the monarch wasn’t bothered by it.

‘Much has been made about the meeting between Michelle and Her Majesty when an instant and mutual warmth was shared between these two remarkable women, and protocol was abandoned as they stood closely with their arms around each other’s backs,’ Kelly wrote in her 2019 book on dressing the Queen. ‘In reality it was a natural instinct for the Queen to show affection and respect for another great woman and really there is no protocol that must be adhered to.’

In 2008, when then US president George W Bush met with the monarch at Windsor, he enjoyed a traditional English afternoon spread of tea, small sandwiches and cakes in the White Drawing Room.

In a move meant to promote police transparency and accountability, the New Jersey Attorney General’s Office unveiled a searchable database Wednesday of statewide internal affairs investigations that authorities say is the most comprehensive compilation ever made public by any state in the country.   Although it does not include officer names, the database provides a…

Eric Bailly is reportedly seeking assurances over his Manchester United future with the defender left ‘angry’ after being snubbed by Ole Gunnar Solskjaer for the Red Devils’ defeat at Leicester City. United have kept just one clean sheet all season, with defensive chaos at the heart of last Sunday’s 5-0 thrashing at the hands of… 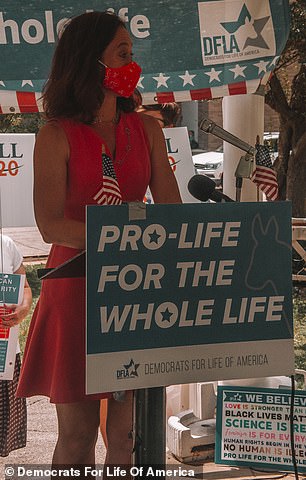 Kristen Day is the executive director of Democrats For Life of America  In January 2020, I went to a town hall meeting in Des Moines, Iowa to ask Pete Buttigieg, then a candidate for the Democratic presidential nomination, a very important question. ‘Is there room for people like me in the Democratic Party?’ This was… 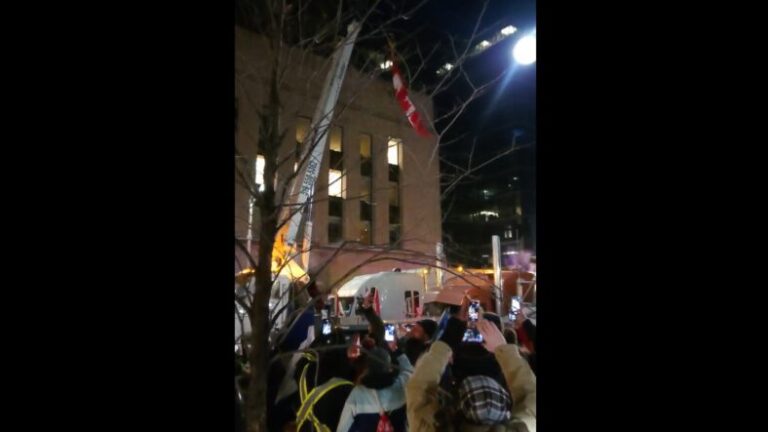 The Freedom Trucker convoy has descended upon the Canadian capital metropolis of Ottawa, the place leftist Justin Trudeau is cloistered in his home self-isolating for supposed Coronavirus publicity although Trudeau examined damaging on a Coronavirus check. The Freedom Convoy — decided to cease Trudeau’s vaccination mandate for truckers hauling items into the USA — has… 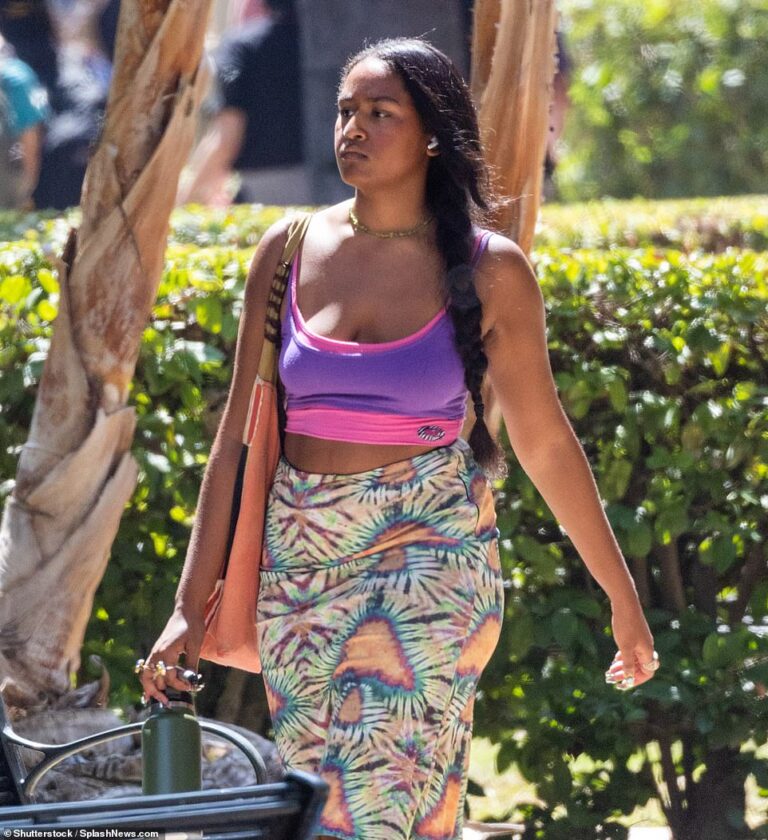 Sasha Obama was spotted flashing her tattoo as she headed to class in Los Angeles on Monday – just a few days after her older sister, Malia, was seen grabbing lunch.  The 21-year-old daughter of former President Barack Obama soaked up the sun in a bright purple and pink crop top and a knee-length patterned…