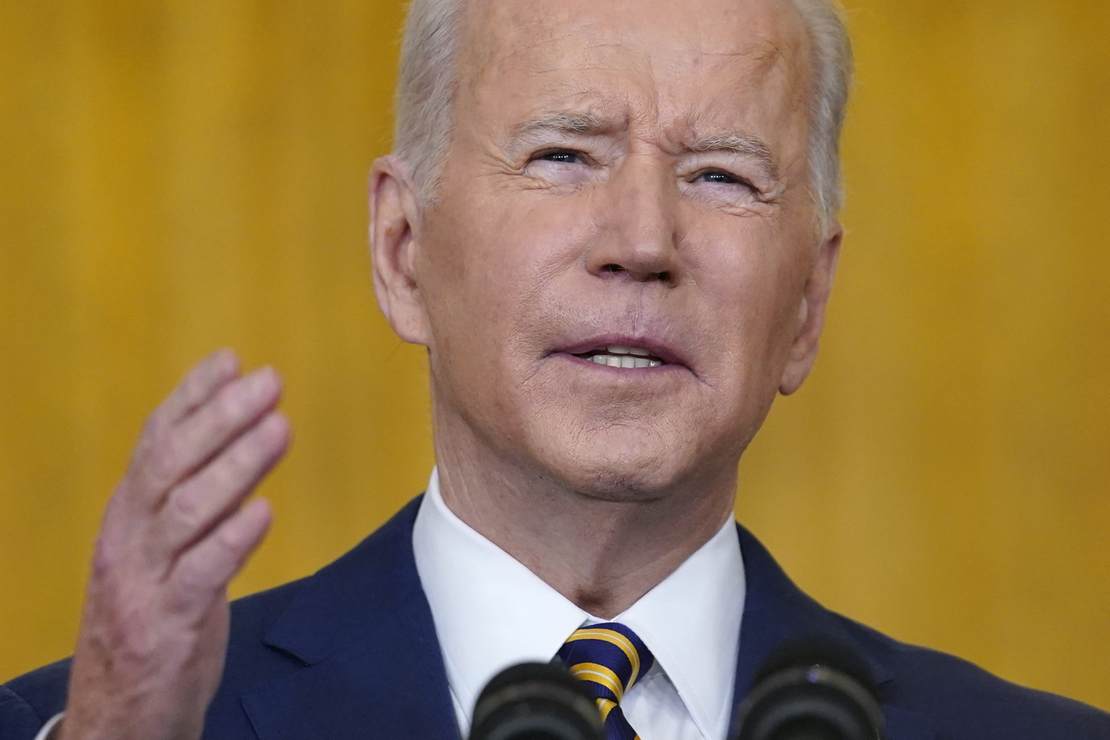 On Wednesday, President Joe Biden held a long, meandering, and embarrassing press conference. It was the second of his administration. Most often when he speaks, he turns on his heel and leaves the podium as reporters shout questions. Everyone knows why, but they have pretended that this is the most normal, capable administration in history until Wednesday.

Whoever decided a marathon press conference that ran past the president’s bedtime was a good idea should be fired. It was a dismal failure if this was part of the new communications strategy, with Biden communicating directly with the American people more often. He spoke for nearly two hours, appearing alternately confused, angry, and horribly weak. It should leave Americans feeling nervous and almost certainly left our enemies emboldened. During the lengthy press conference, even the White House Press Corps members not named Peter Doocy started to get tough.

However, when answering a question about the midterms, it almost seems as if Biden gets it somewhere in his addled brain. A reporter asked Biden if COVID-related closings would become an issue that Republicans could capitalize on with suburban voters in 2022. In several cases, school districts in blue jurisdictions are transitioning to virtual learning. Like Washington, D.C., some cities also have vaccine mandates going into effect for indoor venues.

His answer indicates that Biden may understand on some level how the panic Democrats and their allies in the media fomented for more than a year, encouraging Democrat-run cities and school districts to overreact, is a disadvantage. “Oh, I think it could be. I mean, I hope to God that they’re, that, look.” Biden began. Then he went on to ramble for nearly two minutes. Still, even in his incoherence, it seems Biden understands just how badly his administration is gaslighting America.

After a long pause, Biden continued, “Maybe I am kidding myself, but as time goes on, the voter who is just trying to figure out as I said, how to take care of their family, put three squares on the table, and stay safe, pay their mortgage or their credit etcetera.”  He continued, “Is becoming much more informed on the, umm, the motives of some of the political players, and some of the, and the political parties.”

Recommended: Guess Who Is More Popular Than Joe Biden?

Then Biden mused, “And I think that they are not going to be as susceptible to believing some of the outlandish things that have been said and continue to be said.” If you look at the polls, Biden is correct. With school curriculums that use a pedagogy of racial essentialism, empty store shelves, outrageous energy costs, and rising crime, Americans are becoming very informed. Gallup recently recorded the highest percentage of Americans identifying as Republican since the 1994 Gingrich revolution.

All of these issues can be tied directly back to Joe Biden’s policies. On Inauguration Day, President Trump handed Biden a country that was poised to explode economically, that was energy independent with vaccines and effective monoclonal antibodies to treat COVID. Instead of riding the wave, Biden blew out spending, went all-in on an equity agenda, restricted effective treatments for COVID, and hobbled the energy industry.

Yet members of his administration and their allies in the media routinely deny what Americans can see with their own eyes and ears. For example, Press Secretary Jen Psaki, CNN’s Don Lemon, and race-baiting MSNBC host Joy-Ann Reid will tell you critical race theory is not taught in schools. It is as if they believe parents don’t know that what they are complaining about is not Kimberly Crenshaw’s legal theory. Instead, it is lessons from reading to math that incorporate the perspective of her theories and those of other self-identified critical race theorists.

Psaki and the corporate media pull the same nonsense with job numbers, inflation, foreign policy, and even voting rights. While Americans are trying to manage their finances and keep their families safe, Team Biden is trying to convince us the biggest threats to the country are a few hundred people who rioted at the Capitol on Jan. 6, 2021, and election security laws. Even Biden knows it isn’t working. He tried to excuse his low approval ratings, citing higher results than Quinnipiac’s 33%. The RCP average is 40%.

Biden dropped another bit of truth that will cause trouble for Democrats in 2022 at the end of the clip. ” I mean the idea that, umm. [pauses and looks in the air] The American public are trying to sift their way through what’s real and what’s fake.” Americans have been sifting through that puzzle for several months. And judging from the President’s approval rating, it is clear they understand that the narrative from this administration and their media allies does not reflect their reality.

Share
Facebook
Twitter
Pinterest
WhatsApp
Previous articleRobert Reich: Senate Dems should have given Sinema the back of their hands
Next articleCapital FM DJ Lithium Death Cause: Did He Die By Suicide Or Accident? What Happened Alex Nderi?