President Joe Biden is giving Vice President Kamala Harris another job, with the White House announcing Wednesday she’ll lead a vaccine tour as the administration aims to get at least one shot in the arms of 70 per cent of U.S. adults by July 4.

Harris will ‘lead a nation-wide tour to reach millions of Americans who still need protection against the virus, to highlight the ease of getting vaccinated, encourage vaccinations, and energize and mobilize grassroots vaccine education,’ the White House said.

The president was more specific about where Harris would travel and said she would be joined by additional surrogates.

‘The vice president’s going to lead that tour across the south and the midwest,’ Biden said in remarks Wednesday afternoon. ‘We still have millions of people to vaccinate. She is going to be joined by the first lady and the second gentleman and cabinet secretaries along the way.’

The fresh assignment comes one day after Biden announced during a visit to Tulsa, Oklahoma – on the 100th anniversary of the city’s brutal race massacre – that Harris would be leading the administration’s efforts to protect voting rights.

On Wednesday morning, Harris was performing one of her ceremonial duties – swearing in Biden’s nominee for Director of the Office of Science and Technology Policy, Eric Lander, who’s Senate confirmation was delayed over meetings he had with that late. convicted sex offender Jeffrey Epstein.

There, Harris was asked about another aspect of her growing portfolio – her upcoming trip to Guatemala, as Biden tasked her to be the point person with the Northern Triangle countries and deal with the ‘root’ causes of migration. 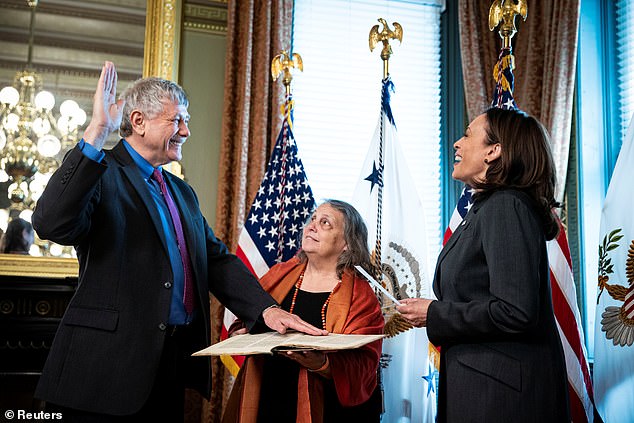 Vice President Kamala Harris (right) signs in Dr. Eric Lander (left), the director of the Office of Science and Technology Policy, whose confirmation was held up due to past meetings with Jeffrey Epstein. The White House announced Wednesday Harris would lead a vaccine tour 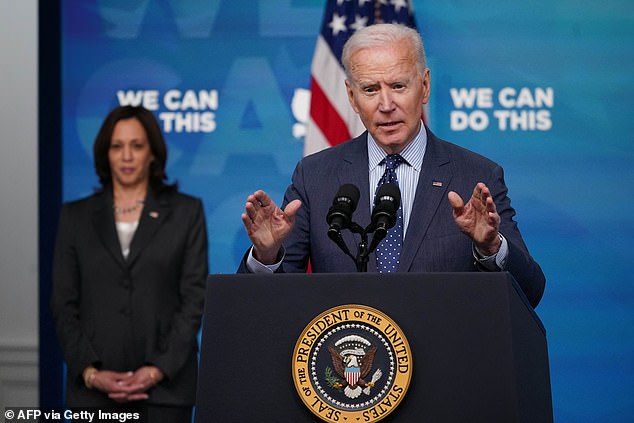 President Joe Biden (right) said Wednesday that Vice President Kamala Harris (left) would be leading a vaccine tour ‘across the south and the midwest’ and would be joined by first lady Jill Biden, second gentleman Douglas Emhoff and various cabinet secretaries 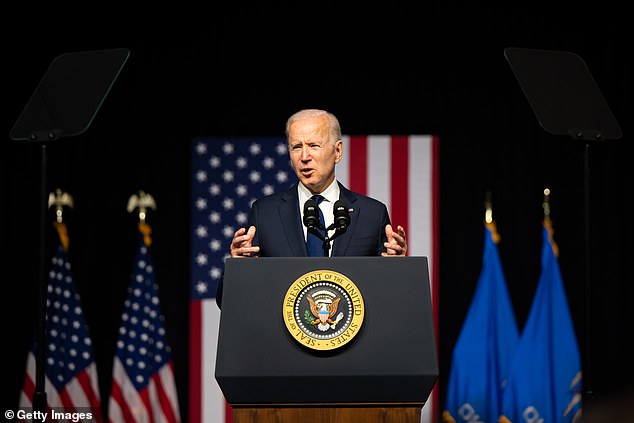 Harris, who will also travel to Mexico City next week, said she’ll be meeting with Guatemala’s President Alejandro Giammattei on the ‘front leg of the trip,’ hoping the two could have ‘an honest and real conversation.’

‘We have a lot to discuss,’ she told reporters, including what they could do to ‘support the folks who need help in terms of hunger, the economic development piece, the extreme weather.’

Critics of Harris have pointed out she hasn’t made a trek to the southern border, which has seen unprecedented crossings due to the typical seasonal rise, but also a pandemic unbottling.

On Tuesday, just six days out from her first international trip as vice president, Biden made news when he said he was assigning her voting issues.

‘I’m asking Vice President Harris to help these efforts and lead them, among her many other responsibilities,’ Biden said. ‘With her leadership, and your support, we’re going to overcome again, I promise you. But it’s going to take a hell of a lot of work.’

Harris reiterated the assignment in a statement: ‘President Joe Biden asked me to help lead our Administration’s effort to protect the fundamental right to vote for all Americans.’

‘And we will also work with members of Congress to help advance these bills,’ the vice president said.

That means Harris will be back at her old stomping grounds – the U.S. Senate –  as Senate Majority Leader Chuck Schumer has already pledged to give the House-passed H.R. 1, the For the People Act, a vote when Congress returns from its Memorial Day break later this month.

‘And June should be a month of action on Capitol Hill,’ the president said, before laying out his political reality.

‘I hear all the folks on TV saying, “Why doesn’t Biden get this done?” Well, because Biden only has the majority of affectively four votes in the House and a tie in the Senate, with two members of the Senate that vote more with my Republican friends,’ Biden said, a slight jab at Democratic Sens. Joe Manchin and Kyrsten Sinema.

Both Manchin and Sinema have been resistant to change the Senate’s filibuster rules, allowing Senate Minority Leader Mitch McConnell and Republican senators to hold up any piece of legislation that doesn’t have 60 votes.

Last week, however, the filibuster tanked a House-passed bill that would have created a 9/11-style commission to investigate the January 6 Capitol attack.

Democrats were unable to find four additional Republicans to vote in its favor and break the GOP’s filibuster.

Biden vowed that the For the People Act wouldn’t meet the same fate.

Harris also has in her portfolio broadband internet and space.

In April, Biden also put her in charge of a pro-union taskforce that would take a ‘whole-of-government approach to empower workers.’

Harris was also criticized recently for not doing enough to help India, her mother’s birth country, as it has seen a massive COVID-19 spike.

As their teenage daughter made history in the US Open, Emma Raducanu‘s parents had to make do with watching it all on TV. America’s tough Covid travel rules meant Britain’s latest tennis superstar was robbed of the chance to celebrate with her family. Yet it seems there was some support from back home in the…

A family of three who have been left battling ‘more than 30 issues’ with a new build house including missing tiling, no grass in the garden and an unlockable back door say their new home is like a ‘building site’. Aneta and Greg Dycha first secured the property from Bovis Homes back in 2019 on… 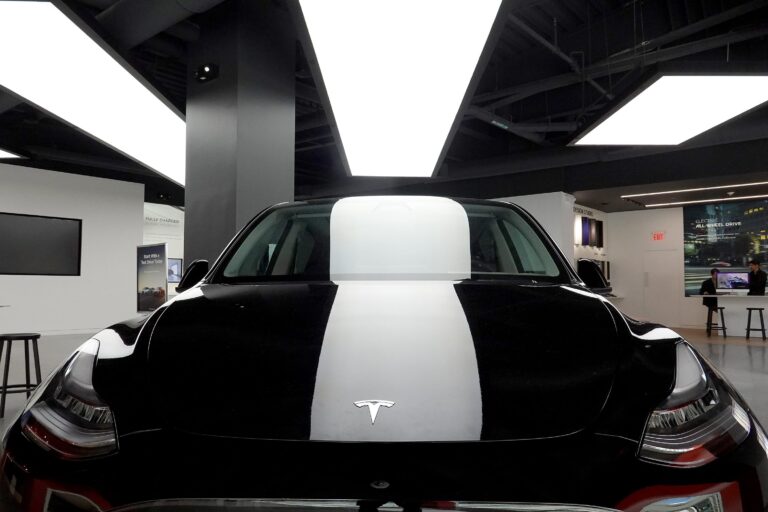 On Friday, Tesla CEO Elon Musk introduced on Twitter that the corporate will elevate the value of its premium driver help bundle, marketed as Full Self-Driving or FSD, from $10,000 to $12,000 on January 17, for purchasers within the U.S. solely. In a sequence of posts on Twitter, the place he has 69.2 million followers,…

On the pandemic as a 2020 election issue, Joe Biden was the media’s preferred candidate for president, not so much because he screamed confidence that he could stop people from dying. (He was literally underground for most of his public appearances.) But because he properly showed that he cared people were dying. He had a…

In his first address to the American people after completely pulling out of Afghanistan, President Joe Biden admitted he was leaving ten percent of Americans, who the United States intended to evacuate, in the country now controlled by a jihadist organization. The president during the speech said, “the bottom line” — now that the U.S….