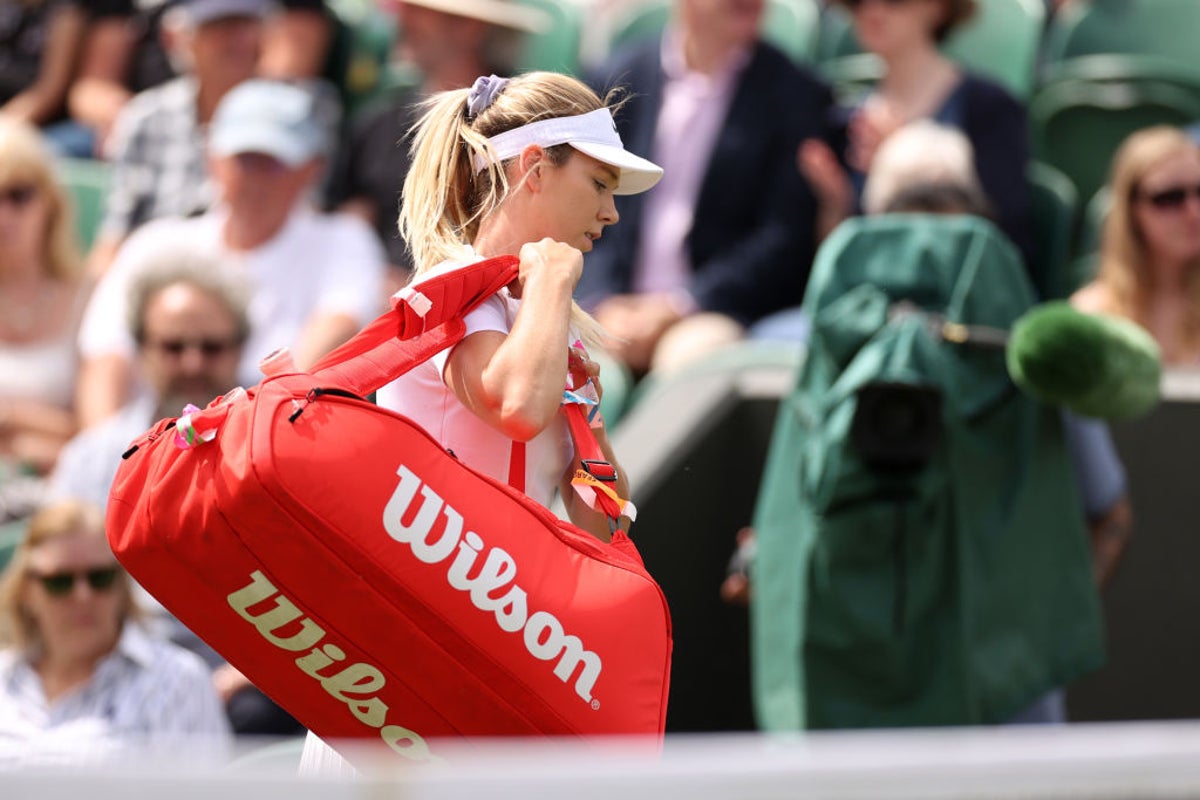 While Katie Boulter’s Wimbledon run came to a sudden end, another fairytale story continued as Harmony Tan raced into the fourth round at the All England Club. A 6-1 6-1 victory, wrapped up in just 51 minutes, was as emphatic as the scoreline suggests as a clinical and consistent Tan demolished her British opponent, whose nervous and hesitant performance marked an unfortunate end to what has been an excellent week at SW19.

The fourth round awaits for Tan, who continues to astound in what is her first appearance at the Championships. This was a stunning display of clean and nerveless hitting by the 24-year-old from France, who cut Boulter apart with her slice and reeled off 16 winners to the cost of just five unforced errors. Her efficiency could not be matched by Boulter. The Briton was overwhelmed and could not grasp a hold in what was a one-sided contest.

Just three places separated the players in the rankings but there was no question that Tan settled to the occasion better and looked far superior to her position of 115 in the world. Both players had reached an unexpected third round match after siezing the opportunity to shine on Centre Court. Boulter progressed past last year’s Wimbledon finalist Karolina Pliskova in three sets, while Tan produced the moment of the tournament so far in defeating the returning Serena Williams in a three-hour thriller.

Many argued that a return to Centre Court should have been their reward. Instead, as Boulter and Tan emerged onto Court No 2 at 11am, there was an element of what was a landmark occasion for Boulter feeling like a first-round opener as Wimbledon woke from its Saturday morning slumber. Indeed, any late arrivers would have been caught out as the match finished before midday.

In an ominous start, Boulter broke a string to face 15-30 on her opening service game and as Tan dipped to nudge a pick-up volley over the net she was met with two break points. Tan clipped the net cord for the second time in the game and while Boulter showed hesitancy at the net, Tan broke with a lob inside the baseline that Boulter ducked underneath.

Boulter stood well inside the baseline when returning Tan’s second serve but was unable to pose any problems. Tan has weapons beyond her devious slice and tricky drop shots as she controlled a forehand winner and then arrowed a return on to the baseline to move into a 5-1 lead. Tan then flashed three aces in a row to hold and wrap up the opening set in just 27 minutes and the second set would be clinched at an even faster rate.

Boulter struggled desperately for solid ground but the match began to slip away as Tan broke again the opening game of the second. The Court 2 crowd attempted to rouse a comeback from Boulter as she held serve and then got her teeth into the return back by taking Tan to deuce. But Tan remained cool, the forehand volley at the net dispatched into the corner before Boulter shanked the forehand wide. The winners continued to flow from Tan, who could not miss and broke Boulter again after landing a tweener to stay in the point and then put Boulter away with the forehand pass.

Tan was relentless, faultless, and a rapid dismissal was sealed against the Boulter serve. She put more pressure on Boulter with a dipping backhand onto her feet and a double fault on match point was the final blow. “Amazing,” Tan said as she advanced to the fourth round of a grand slam for the first time. Either Coco Gauff or Amanda Anisimova awaits in the last 16 and as Boulter will testify, this dark horse will take some stopping.

Getty Kyle Busch is having a frustrating stretch of races. The Cup Series race at Michigan International Speedway came to...
- Advertisement -

Democrats are riding high right now, at least in...
News

A straw poll at CPAC Dallas reveals the strongest...
- Advertisement -