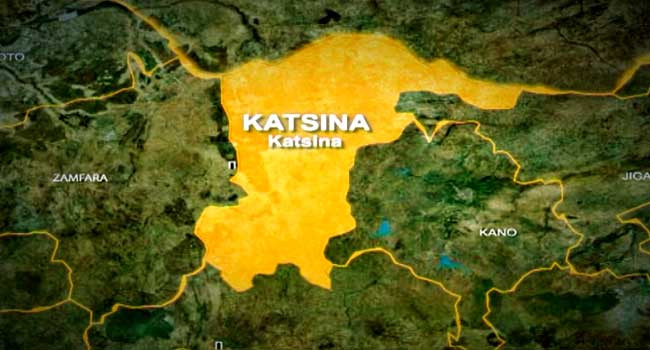 A couple kidnapped by bandits who attacked Shola community in Katsina Local Government Area of Katsina State 10 days ago, have shared their experience in the hands of their abductors.

Speaking to Daily Trust, Alhaji Tukur Turaki, said on the night of the attack, his wife heard some people manhandling their son and thought they were soldiers, so she opened their apartment which gave the kidnappers access.

“When they came in, they asked my wife where I was and even before she pointed at my position, I responded. They asked for money and I gave them the N700,000 that was with me.

“After collecting the money, one of them said they were not there for my money but they were hired to kill me and I said he should tell me how I should position myself for him to kill me. When he heard that, he held my hand and said we would not kill you but we would go with you so that you can pay ransom to free yourself.

“When we went out, my wife followed us and they asked her to go back but she stood still and one of them said they she should come with us and that was how they abducted two of us.”

He said they trekked to a place close to Bugaje village in Jibia LGA where the bandits kept their motorcycles and took them to a forest.

“The following day, they asked me to pay N30m ransom and we negotiated down to N10m, but unfortunately it rained that day so my people could not deliver the money until the following day. By then our captors said we must add N1m for the additional one day and I called my people to mobilize the additional money and they delivered complete N11m.”

Turaki described the living condition of the place as terrible, saying one of the captives who was still there had a little baby girl who they wore a nylon bag in place of diaper. He also disclosed that they did not bathe the baby throughout the days he and his wife spent there.

“When I realised that that nursing mother was having difficulty in breathing, I collected her baby and backed her and we went to a place where they shared that N700,000 amongst them.”

Carl Nassib is an American competitor who played for the National Football League Las Vegas Raiders for quite a...

Getty Images Baker Mayfield of the Carolina Panthers. Baker Mayfield is expected to be named the starter in Carolina, setting up...
- Advertisement -

Chris Evans' Captain America may be gone from the Marvel Cinematic Universe, but neither the fans nor the characters...

Questions have been springing up on Google on the off chance that YouTuber Anthony Padilla is gay or not....

This is the awkward moment an A-level student hoping...
News

‘Trans’ Student Denied Bid From ALL University Of Alabama Sororities