Linda Robson has insisted that she’s ‘never’ had a fallout with her Birds of a Feather co-star Pauline Quirke.

The 64-year-old actress and Pauline, 62, previously starred together in the sitcom and despite recent rumours, Linda has now told how they remain good friends.

Last year, it was reported that the duo were no longer on speaking terms, with it alleged that matters became so heated at one point that the childhood friends had to be separated by crew members during filming at Teddington Studios in West London. 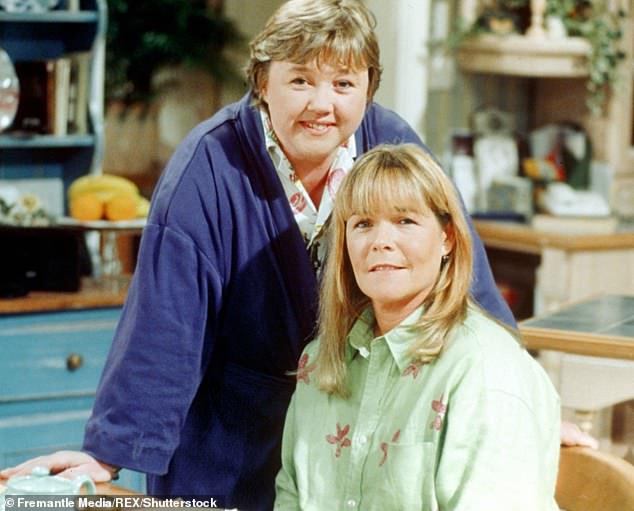 Rumours: Linda Robson has insisted that she’s ‘never’ had a fallout with her Birds of a Feather co-star Pauline Quirke (pictured together in 1998)

In response to the speculation, Linda explained: ‘It’s a load of old s*** that we had a fallout. We have not fallen out and we have never fallen out. I have been best friends with her since we were ten years of age. We never fell out.’

Linda and Pauline recently reunited with their former Birds of a Feather co-star Lesley Joseph to discuss the possibility of a comeback.

Linda – who played Tracey Stubbs in the sitcom – told the Daily Mirror newspaper: ‘I was out for lunch with Pauline last Friday in London, The Delaunay, and it was discussed.’ 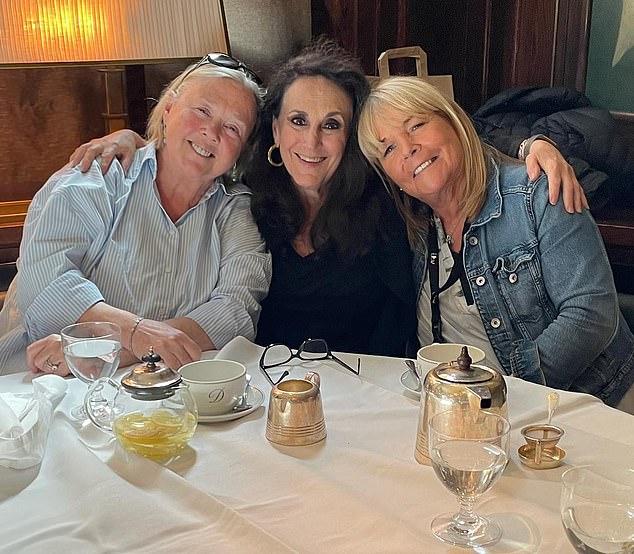 Pals: Earlier this week the pair enjoyed lunch together with Lesley Joseph at The Delaunay restaurant in London ‘s Covent Garden

And Linda admits that her ‘loyalty’ is now with ITV.

Speaking about a potential comeback, she said: ‘It is now up to ITV, isn’t it? It started on BBC and then we went to ITV. We could go to the BBC, but our loyalty is with ITV as they took us back after all that time.’

Pauline declined to appear in the 2020 Christmas special, and Linda previously claimed that she wanted to quit acting.

Linda – who has also starred on Loose Women over the last decade – explained: ‘Obviously I couldn’t see her during lockdown but I’ve seen her since. She just doesn’t want to act anymore. She’s had enough – it’s long hours. 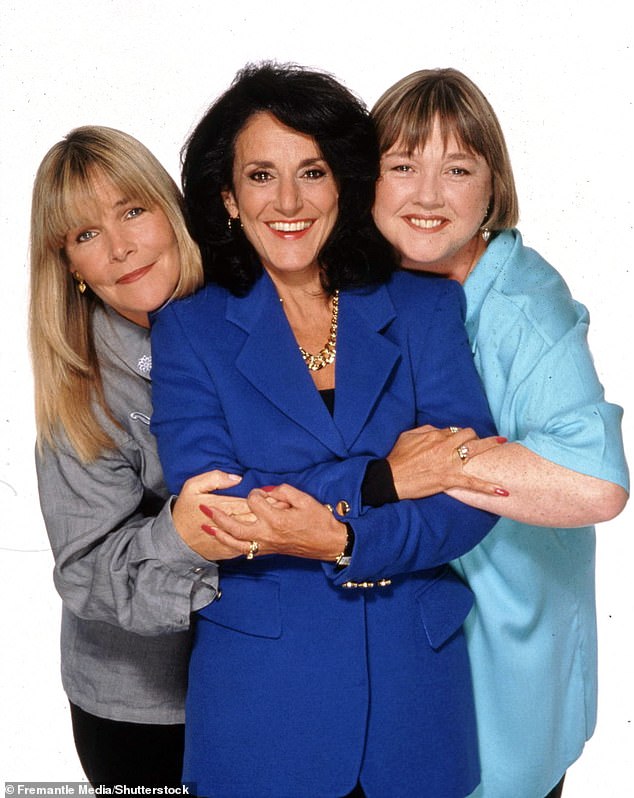 Old friends are best: The 64-year-old actress (left) and Pauline, 62, (right) previously starred together in the sitcom and despite recent rumours, Linda has now told how they remain good friends (Lesley Joseph pictured centre)

‘She’s concentrating on her drama academies. She’s very hands on, going to classes and all that.’

Earlier this week the pair enjoyed lunch together with Lesley Joseph at The Delaunay restaurant in London’s Covent Garden.

Writing on her post as she cuddled up to her TV colleagues Linda penned: ‘A lovely lunch with my beautiful friends in the @thedelaunay.’

Fans of the much loved series quickly flocked to Linda’s post gushing over the snap. 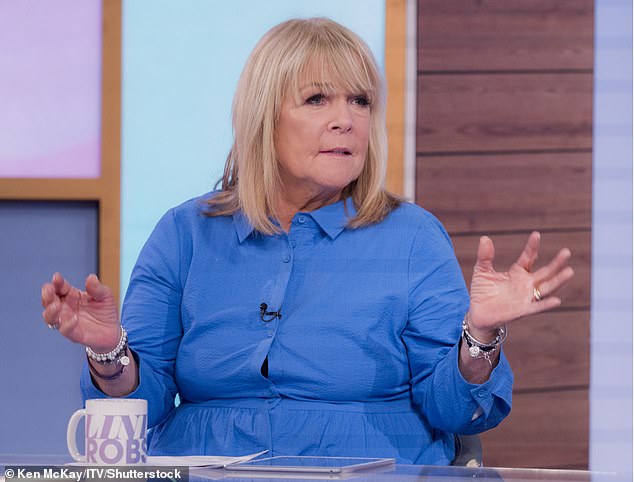 Nothing going on: It comes after Linda previously shut down rumours she’s fallen out with longtime pal Pauline speaking on Loose Women in March

One fan wrote: ‘How lovely to see Pauline,’ while another simply put: ‘And then there were three.’

‘Oh such a lovely photo of 3 lovely lady’s and my best programme of watching you all love birds of the feather and still watch it today,’ a third said.

While another follower playfully penned: ‘All the birds together, bring back birds of a feather.’

The close friends – who played Tracey and Sharon Theodopolopodous – have been friends for more than 50 years and starred together in 12 series and two Christmas specials of Birds of a Feather.

The reunion comes after Linda shut down rumours she’d fallen out with longtime pal earlier this year.

The sitcom star, denied any rift with her co-star and said her friend was a ‘great support’ to her when she battled drink problems and an OCD ‘meltdown’ in 2018.

However, Pauline was absent from the 2020 Birds of a Feather special – sparking rumours of a fallout.

It comes as Linda also shared a selfie with Pauline to mark International Women’s Day while noted several other people who have inspired her.

She wrote: ‘Happy International Womens Day/ Here’s a few inspirational ladies that inspire me everyday! And to all you women out there – you are all amazing! ✨ Lots of love Nanny Linda x.’ 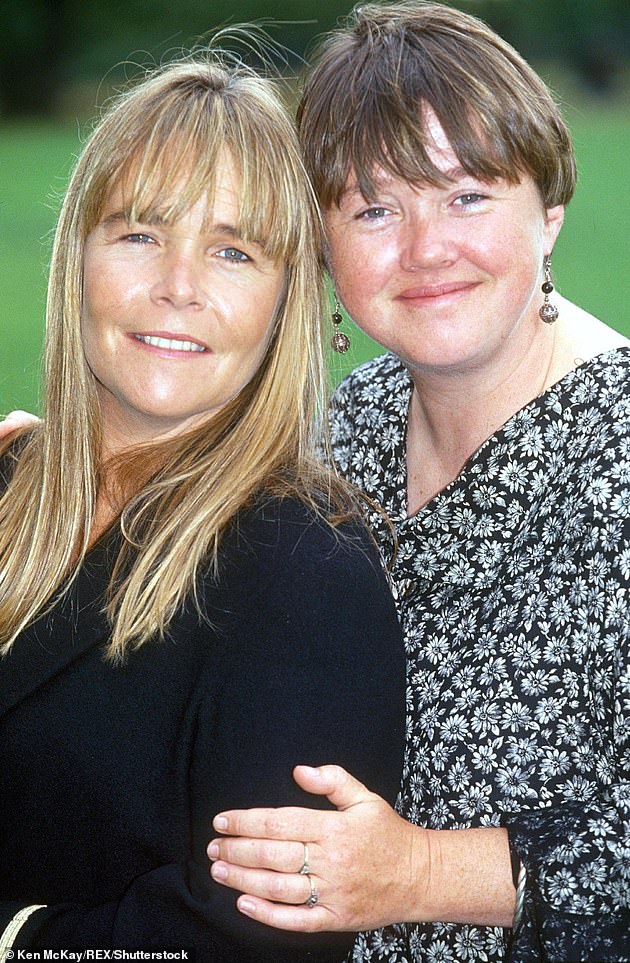 What feud? Last year it was reported that the duo were no longer on speaking terms (Linda and Pauline pictured in 1993)

Pete Doherty took to the stage at Castlefield Bowl in Manchester to perform a special open-air show with the Libertines on...
- Advertisement -

Prince Harry has spoken about how he see's his mother's 'legacy' in Lilibet and Archie every day. The Duke of Sussex,...

Tom Cruise was spotted with a mystery woman on Friday night as he joined a host of famous faces...

Pete Doherty took to the stage at Castlefield Bowl in Manchester...
News

Prince Harry has spoken about how he see's his...
Entertainment

Tom Cruise was spotted with a mystery woman on...
News

A man was filmed removing...
Business

Volatility and gambling reform toughen the odds for 888 bond deal

Banks are braced for losses on a £1bn bond...
Sport

It’s very likely that you’ve been to the infamous...
Movies

Is Dacre Montgomery in Stranger Things season 4 as Billy? (spoilers)