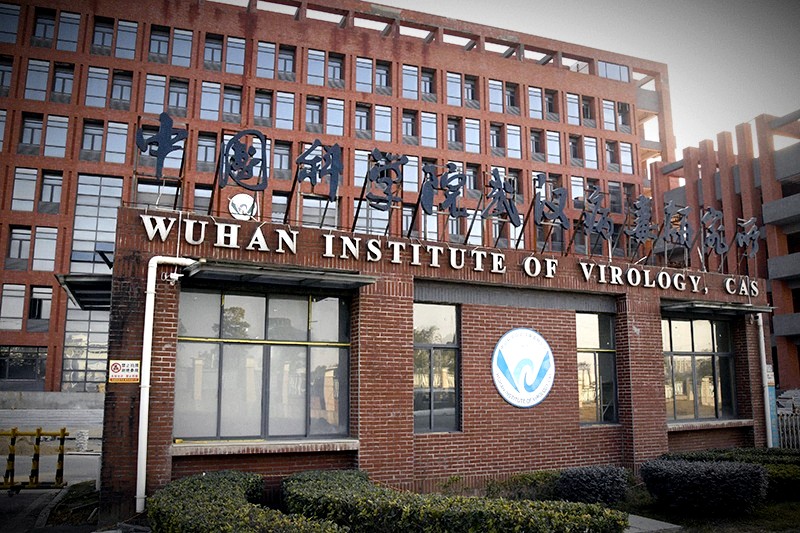 The November 22nd, 2015 episode of the show This Week In Virology – “It’s not SARS 2.0” – features Dr. Baric as a guest to discuss a paper he had recently co-authored: “A SARS-like Cluster of Circulating Bat Coronaviruses Shows Potential for Human Emergence.” Two researchers from the Wuhan Institute of Virology, including “bat woman” Shi Zhengli, are co-authors of the paper which notes it was “supported by grants from the National Institute of Allergy & Infectious Disease.”

The collaborative work between Shi and Baric was recently referenced by Senator Rand Paul when he pressed Dr. Fauci on whether or not his National Institutes of Health (NIH) agency had funded the Wuhan Institute of Virology. Fauci asserted that the claims were “entirely and completely incorrect.”

The paper discussed on the podcast, however, reveals otherwise, as it repeatedly prefaces its findings with acknowledgments that the relevant research was completed before an October 2014 ban on gain-of-function research:

“These studies were initiated before the US Government Deliberative Process Research Funding Pause on Selected Gain-of-Function Research Involving Influenza, MERS and SARS Viruses (http://www.phe.gov/s3/dualuse/Documents/gain-of-function.pdf). This paper has been reviewed by the funding agency, the NIH. Continuation of these studies was requested, and this has been approved by the NIH”

“Experiments with the full-length and chimeric SHC014 recombinant viruses were initiated and performed before the gain-of-function research funding pause and have since been reviewed and approved for continued study by the NIH,” the paper reiterates before cautioning that “this approach must be considered in the context of the US government–mandated pause on gain-of-function studies.”

MUST READ:  WATCH: Fauci Claims to “Have No Idea” About His Own, Documented E-Mails with Mark Zuckerberg.

Weeks after the publication of the paper, Baric and co-author Vineet Menachery joined the show “This Week In Virology” to discuss their findings and, more broadly, the moratorium on gain-of-function research.

“You were interested in the coronaviruses in bats that were SARS-like,” the interviewer inquires with Baric, who responds “that’s correct.”

“Your strategy was to take a human SARS coronavirus strain and substitute its spike with that of SHC014, and you found that this could infect human cells and mice. Now that’s part of what generated a lot of controversy about this paper because you made a new virus, and Simon Wain-Hobson said this virus doesn’t exist in nature, and who knows what would happen if it got out,” the interviewer follows up.

“We did experiments with pseudotyping in collaboration with our collaborators at Wuhan University. We pseudotyped lentiviruses with the SHC014 spike and some other spikes from other bat coronaviruses and human coronaviruses. The other spikes could program entry into human cells, and the SHC104 spike could not,” Baric responds.

“Our collaborators at the Wuhan Institute have developed – they’ve isolated a number of sequences. […] Our collaborators at Wuhan shared with us their pseudotyping data, where they’d taken the spikes and using a lentivirus system had shown that their SARS wildtype spike with the WIV1 spike that the virus could enter using human ACE2.”

“Simon Wain-Hobson has said that if this virus got out, you couldn’t predict what would happen in people. How do you address that?” the interviewer also asks Baric.

MUST READ:  ‘Too Long For Me To Read’: Emails Show Fauci Ignored PhD Physicist Warnings Over Fake Chinese COVID Data.

“So, number one, it’s unlikely that the SHC014 spike, which as far as we can tell never circulated through human population, would be capable of programming as serious an infection the SARS epidemic strain was capable of doing,” Baric begins before insisting that “public health intervention strategies” and inherent features of SARS mitigate the potential risk.

Baric also notes “it’s quite possible that these experiments would never be allowed at all, and I think that would be tragic” while discussing the then-moratorium on gain-of-function research.

Co-author Menachery was also questioned if, in response to the gain-of-function moratorium, the paper would fall under the category of “the kind of experiment you could not do today.”

“Mouse adaption of SARS would not be, I mean it falls under the pause. It’s an increase in pathogenicity in a mammalian model. Is it making it more pathogenic in humans? The answer is we don’t know,” he responds.

Despite this, Menachery also reveals that the NIH was “very supportive” of the study:

“They have been very supportive of this work. They’ve been very complimentary. In a lot of ways, it’s important to realize that while NIH is administrating, they’re at the frontlines of this. The policy came down from the State Department. The pause is not an NIH directive.”

Getty Nikola Vucevic Is there a team in the NBA getting more disrespect than the Chicago Bulls? Arturas Karnisovas and Marc Eversley went to great lengths to retool the Bulls roster, but many analysts aren’t only predicting the team will fall short of contention, some are opining the front office blowing up the roster by…

Jacinda Ardern‘s fiancé has shared an adorable photo of their daughter Neve out hiking near the official New Zealand Prime Minister’s residence.  Taking to Instagram on Friday, Clarke Gayford shared the snap of the three-year-old as the pair went on an adventure to set up some possum traps around Premier House in Wellington.  But one…

Have YOU seen similar staggering prices? Email [email protected] <!—-> Advertisement Landlords have been blasted for charging ‘totally obscene’ prices for their holiday homes in popular destinations in the UK. Councillors slammed homeowners after it emerged they were charging up to £71,000 for a week’s staycation this summer. They warned the ‘extortionate, eye-watering’ costs are designed…

HOW TO SUPPORT REVOLVER NEWS — Go Advert-Free HERE — Donate HERE CHECK OUT THE NEWS FEED — FOLLOW US ON GAB — FOLLOW US ON GETTR China simply launched its newest area exploration plans, in line with Chinese language state media, and it seems the Center Kingdom plans to place taikonauts (Chinese language astronauts) on the moon forward of schedule. Bloomberg had the… 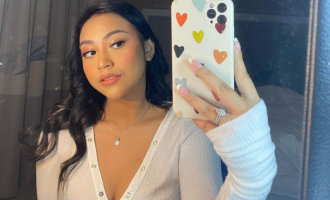