The investigation was initiated by Virginia Gov. Glenn Youngkin (R) through an executive order signed on his first day in office promising to look into the school district that became a political hotbed during the 2021 election, which many believe fueled Youngkin’s win.

Neither the Loudoun County School Board, nor the administrators of the Loudoun County school system, have been held accountable for deceiving the very Virginians they serve. Virginia parents deserve answers and assurances that the safety of their children will never be compromised.

As Breitbart News reported, Loudoun County father Scott Smith was arrested in June during a board meeting at which hundreds of parents voiced concerns about several issues going on in the district. Smith’s case was cited by the National School Boards Association in their letter to the Biden administration asking them to look into parents as “domestic terrorists.”

Smith, it was revealed, was reacting to superintendent Scott Ziegler, who allegedly lied about Smith’s daughter having been sexually assaulted in the girls’ restroom by a boy wearing a skirt.

The alleged coverup, it appeared to many, was done in an effort to pass a sweeping transgender policy that would allow boys to use girls’ restrooms and locker rooms, as well as compete against girls in sports. 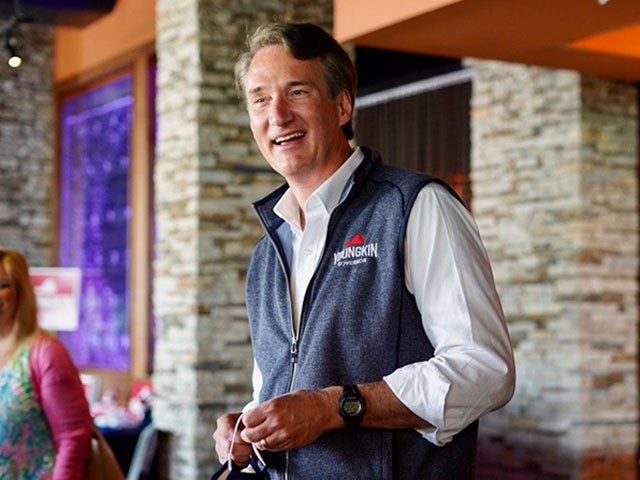 Republican Glenn Youngkin, who is running for governor, announced Wednesday the first phase of his proposed education plan in Loudoun County, a location he described as “ground zero” for Critical Race Theory (CRT). (Glenn Youngkin campaign)

As Miyares’s office is attempting to find answers to questions surrounding the issue, the school board appears to be obstructing the process.

“Loudoun County Public Schools stated publicly they would cooperate with the special grand jury,” Miyares spokesperson Victoria LaCivita said in a press release. “Asking for an injunction is just the latest in a series of efforts to prevent the citizens of Loudoun from learning the truth about conditions existing in Loudoun County public schools that promote criminal activity, proving this investigation is warranted and necessary. This injunction is a waste of taxpayer money and the investigation will continue.”

In a Thursday civil filing, the school board argues Youngkin’s executive order exceeded his authority and that the grand jury was being used unlawfully.

According to a press release from Miyares’s office, the Loudoun County Board initially signaled that it would comply with the investigation. Now that the investigation is underway, the board’s attorney, Steven T. Webster, argues that “local school boards are vested with the exclusive power over ‘the supervision of schools in each school division,’” and therefore do not have to cooperate with the investigation.

According to WTOP, “Virginia code permits the Attorney General to prosecute criminal cases in local courts for a limited number of offenses or ‘unless specifically requested by the Governor to do so.’”

The school board complaint, however, argues that only the local commonwealth’s attorney has the authority to empanel a special grand jury, and such a grand jury can only be used to investigate criminal offenses.

“Loudoun County Public Schools remains ready and willing to cooperate with any lawful inquiry by the Virginia Attorney General,” a statement from the school board says. However, we believe that the scope of the Attorney General’s investigation is overly broad and holds significant potential to invade the privacy of our students, staff, and families.”

“LCPS also believes the investigation violates our locally elected School Board’s constitutional authority to govern,” it continues. “For these reasons, LCPS has filed a complaint for a temporary injunction to limit the scope of the Attorney General’s investigation.”

But Youngkin spokeswoman Macaulay Porter told WTOP that “it is troubling that the Board will not want to cooperate,” before asking, “What are they hiding?”

Spider-Man star Laura Harrier cut a glamorous figure as she headed out of her hotel on Thursday during Paris...

You have to imagine the shockwaves that went through...
- Advertisement -