She celebrated the pinnacle of her career on Tuesday, scooping the British Female Solo Artist gong at the Brit Awards.

And Mabel was every inch the superstar as she displayed some edgy new locks while stepping out in London on  Thursday.

The Finders Keepers singer, 24, looked stunning as she traded her raven bob for a flowing blue-rinsed wig while cradling her precious puppy Imani in the capital. 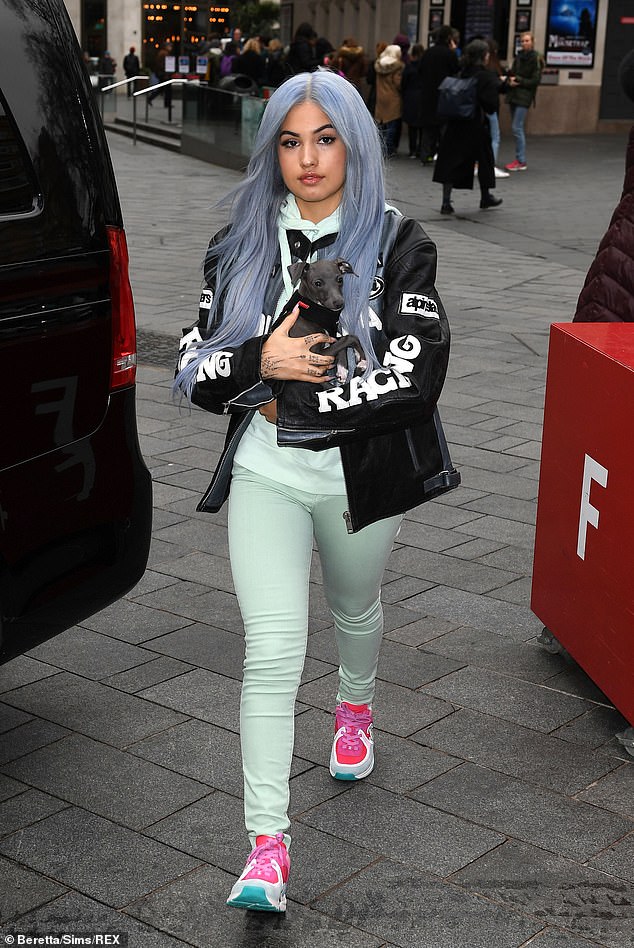 Gorgeous: Mabel was every inch the superstar as she displayed some edgy new locks while stepping out in London on Thursday

Mabel wrapped up in a mint green hoodie paired with matching trousers which displayed her toned legs as she walked along.

The star opted for comfort with a pair of fuchsia, white and green trainers.

The songstress completed her look with a black leather jacket adorned with racing badges. 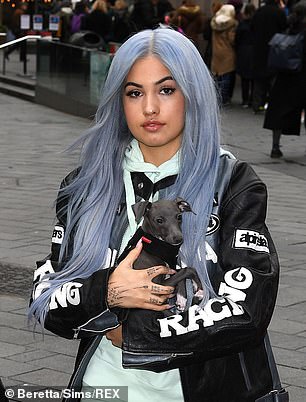 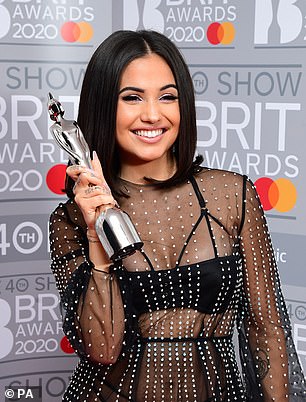 Change: The Finders Keepers singer, 24, looked stunning as she traded her raven bob for a flowing blue-rinsed wig while cradling her precious puppy Imani in the capital

The sighting comes two days after Mabel won the biggest award of her career, after picking up three nominations. 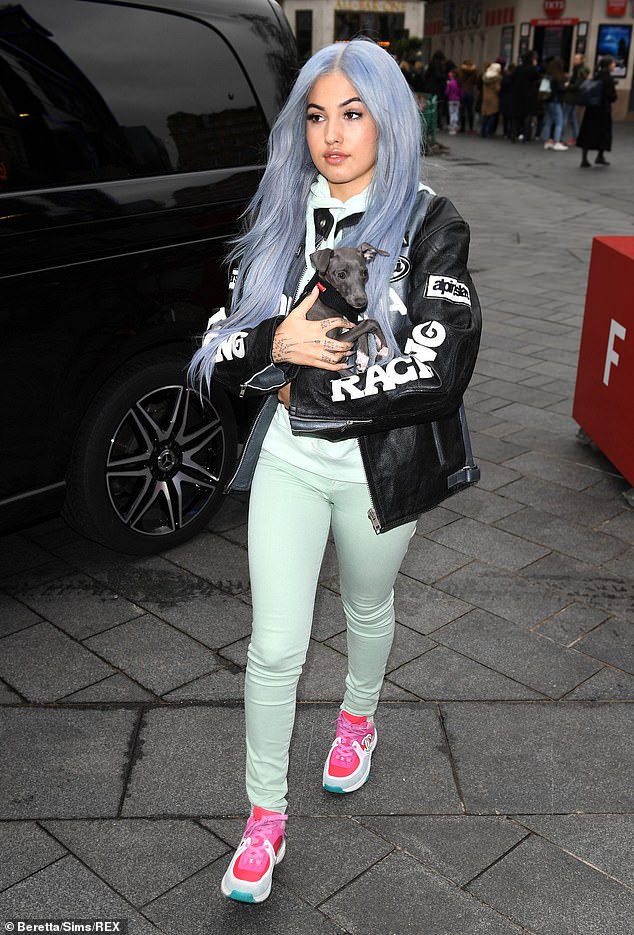 Vision: Mabel wrapped up in a mint green hoodie paired with matching trousers which displayed her toned legs as she walked along

Make like Mabel in a mint hoodie by Frame

Fresh from her triumphant night at the BRIT Awards, she was pictured wearing a mint green hoodie by Frame, which she teamed with skinny jeans in a matching shade.

Check out the little embroidered cloud logo on this cosy hoodie. It’s from the brand’s cloud collection, which Frame describes as ‘elevated casual wear inspired by Malibu sunsets’. Cute!

Click (right) to buy Mabel’s hoodie now, or check out the best of the rest in our edit below, ranging from River Island to Fiorucci. 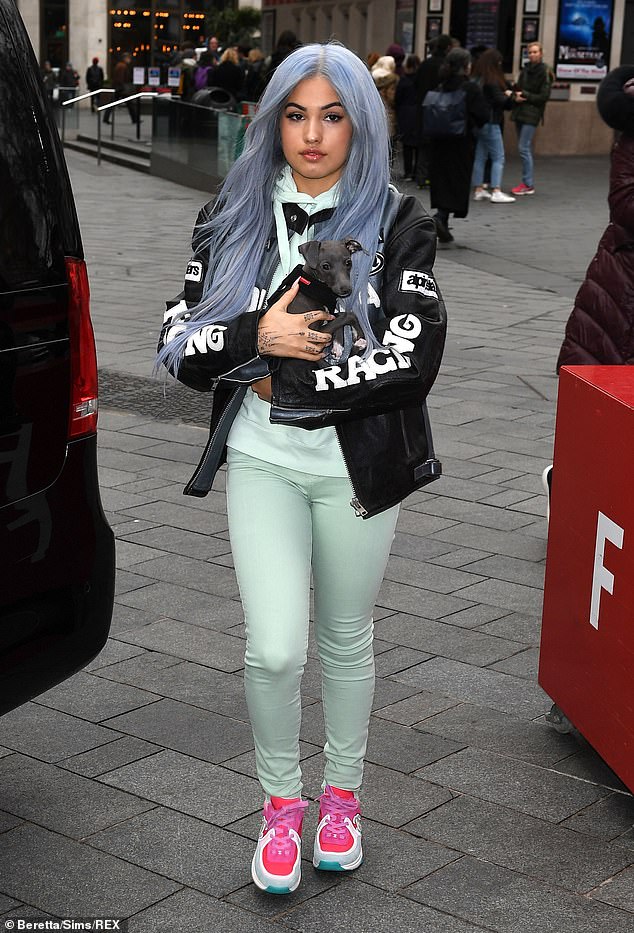 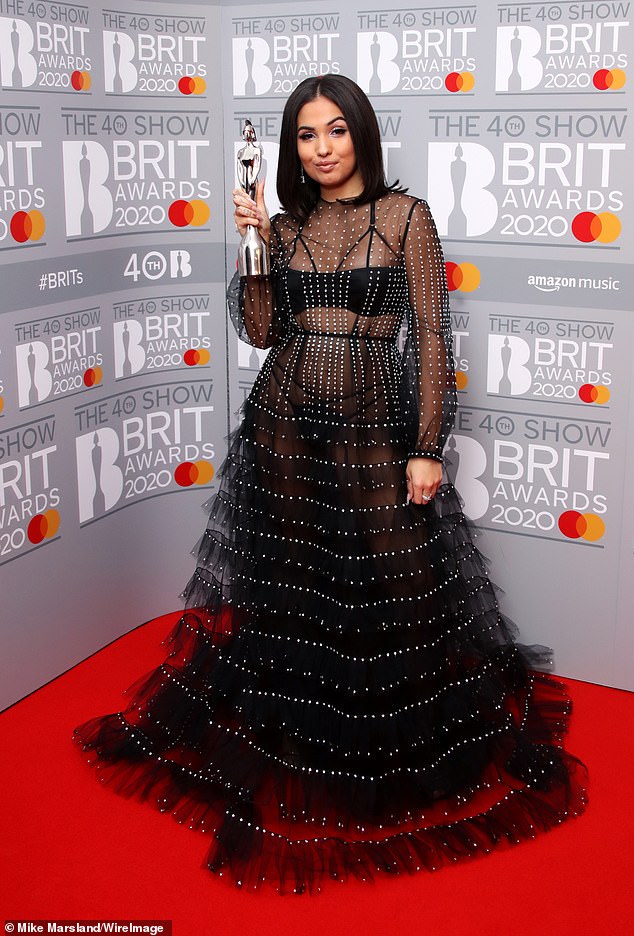 Best British Female: The sighting comes two days after Mabel won the biggest award of her career, after picking up three nominations 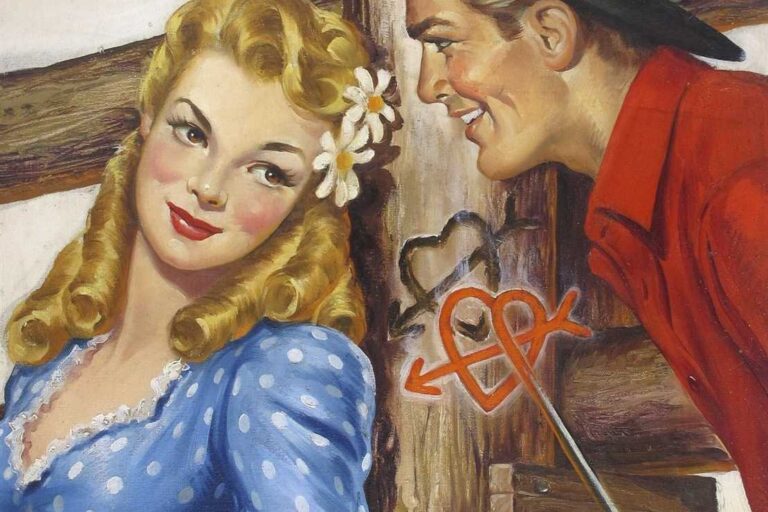 With marriage comes conflict — especially if your spouse actually exists. But even if they don’t, you can’t get the rose without the thorns. Take, for instance, the case of 38-year-old Akihiko Kondo. The Japanese man is a “fictosexual” — someone who’s mostly attracted to fictional characters. Hence, as reported by international outlet Mainichi, in… 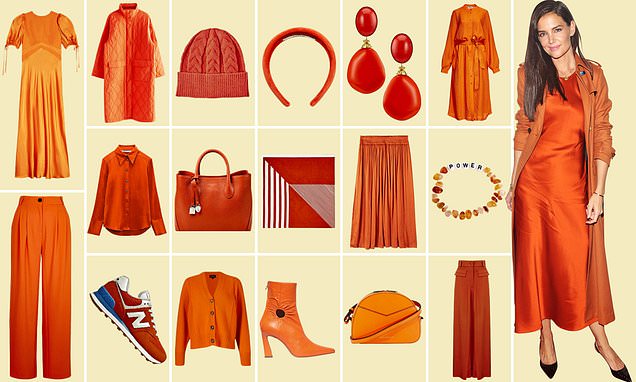 It’s freezing outdoors — so why not add a much-needed dose of vitamin C to your wardrobe? From Nineteen Sixties-inspired skirt fits at Dior, to luxurious coats at Max Mara, daring shades of citrus dominated the SS22 catwalks. Uplift your wardrobe with an eye catching coat like & Different Tales’ quilted design, or make a… 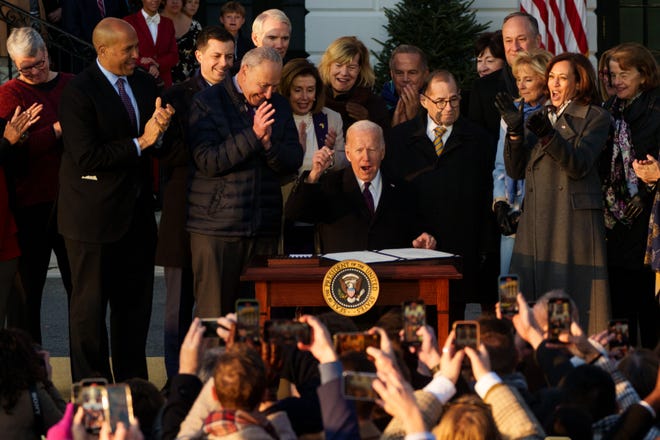 ASBURY PARK – Marriage equality has been the law of the land in New Jersey for nearly a decade. However, at both the state and national level, same-sex marriage wasn’t codified into law until 2022. The Respect for Marriage Act, which was signed into law by President Biden on Dec. 13, 2022, provides statutory authority…

Anthony Martial may face being stuck at Manchester United longer than he wishes as the club is reportedly yet to receive a firm offer for the Frenchman since his agent’s declaration that he wants to leave.  Martial has fallen significantly down the pecking order at Old Trafford, having made just 10 appearances all season and… 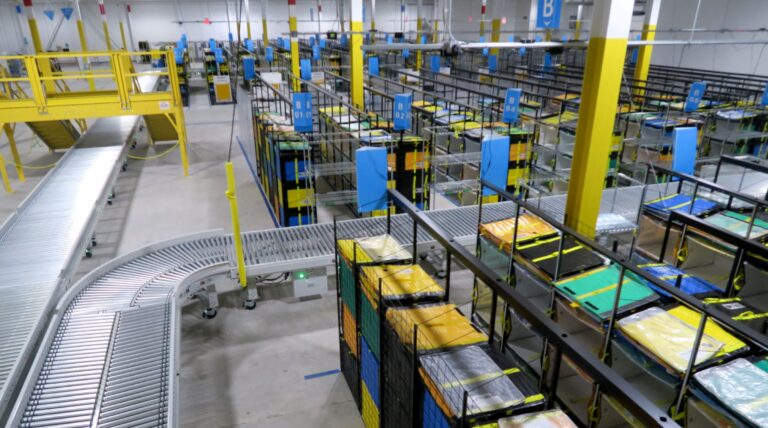 This content material is just accessible to subscribers. Twosday Flash Sale. At the moment Solely!​ 2 Years for $22 Subscribe Now Your subscription helps: Investigative reporting that appears out for you, your pockets and your high quality of life. Unmatched highschool sports activities protection and the tales with coronary heart about our student-athletes. Unparalleled protection…