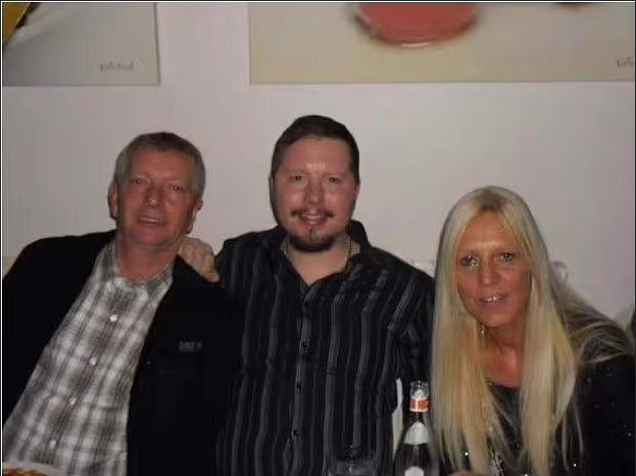 A son who killed both his parents by stabbing them hundreds of times in a knife attack before mutilating his father’s dead corpse, has been jailed for 27 years.

Lee Tipping, who was last month found guilty of two counts of murder, was given the hefty minimum life sentence at Preston Crown Court today.

During his four-week trial, jurors heard Tipping stabbed his dad Anthony Tipping, 60, and mum Patricia Livesey, 57, to death just hours after he broke down a bedroom door, sparking a row.

Anthony had been stabbed more than 130 times, including at least 65 times in the chest and 15 times in the abdomen during the vicious attack in November last year.

The court also heard he’d suffered a number of ‘very unusual’ injuries to his genital area, believed to have been inflicted after his death.

Tipping had claimed these wounds were caused by him ‘chucking’ a knife at his father, but pathologist Dr. Alison Armor said this did not line up with the evidence.

She had told the court: ‘There are five stab wounds. Two of these stab wounds needed force to inflict.

‘The other wounds are caused by a slashing motion which is inconsistent with a single ‘chuck’.’ 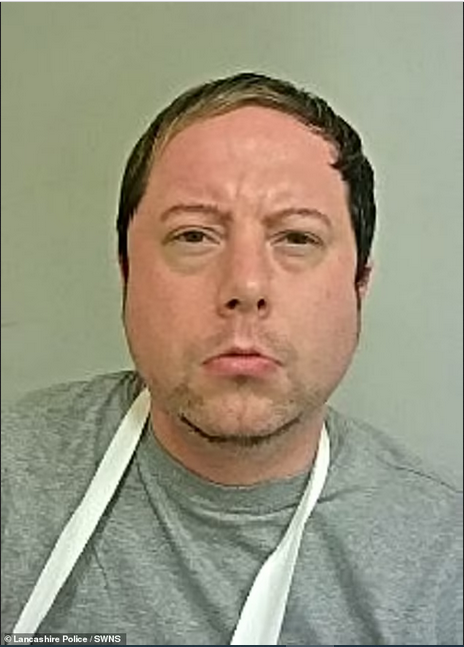 The court heard Patricia had been stabbed 153 times, including 67 times in the chest, 39 in the abdomen, 10 in the neck, and three times around the eyes.

Both parents had also been beaten before they died, with Patricia suffering a black eye and a shoulder injury consistent with being hit with a blunt weapon.

The court heard that Patricia, of Higher Walton, Lancashire, had texted her sister ‘please God, I hope someone will help us’ on the night of the attack.

On November 19 last year, the couple went to a pub with Patricia’s sister Catherine Riding and her husband Martin.

The court heard Anthony received a phone call from his son, who told him he had ‘kicked the bedroom door down’.

Mr Riding said that Patricia seemed ‘anxious’ about the situation, while Mrs Riding told the court her sister seemed ‘scared to go home’.

She said: ‘She said this could be my last gin’.

Ten minutes later, she texted: ‘Please God, I hope someone will help us.’
The following day, when Patricia failed to arrive at her mum’s house for dinner, Mrs Riding and her other sister, Pauline Haworth, visited the house to see if she was ok.

They called 999 at 1.43pm on November 20 and the couple’s bodies were found in the upstairs of the house later that day, after police broke down a side door.

After killing his parents, Tipping booked a flight to Rome and drove to Manchester Airport, where he checked into a nearby hotel under a fake name, the court heard.

When he was arrested at around 7.30pm on November 21, he claimed he had acted in self-defense.

He told police his father had been ‘bullying him all his life’ and was ‘a monster’ who would ‘fight to the death’.

Following a four-week trial at Preston Crown Court, a jury rejected his defence and found Tipping guilty of two counts of murder.

Det Chief Insp Jill Johnston, of the Force Major Investigation Team, said after the sentencing: ‘I welcome the life sentence handed down to Lee Tipping by the courts, which reflects the seriousness of his offending and was aggravated by his lack of remorse.

‘Although no sentence can and will never make up for the horrific, sustained and violent attack Lee subjected his parents to, I hope that Tricia and Anthony’s families and friends get some sense of closure knowing that this case has now come to a conclusion.

‘They have remained incredibly dignified throughout this investigation and my thoughts remain with them at this very difficult time.’

David Silva is a professional football player from Spain. Moreover, David Silva plays in the midfield position for La...

The John Fetterman versus Dr. Oz Senate campaign in Pennsylvania has been … um… interesting. It recently became a...
- Advertisement -

A 'beautiful' young woman who died accidentally at Liverpool's...
News

Charleston is already being battered by gale-force winds from...
- Advertisement -