Markets Crash Even as Biden Crows About His Economy 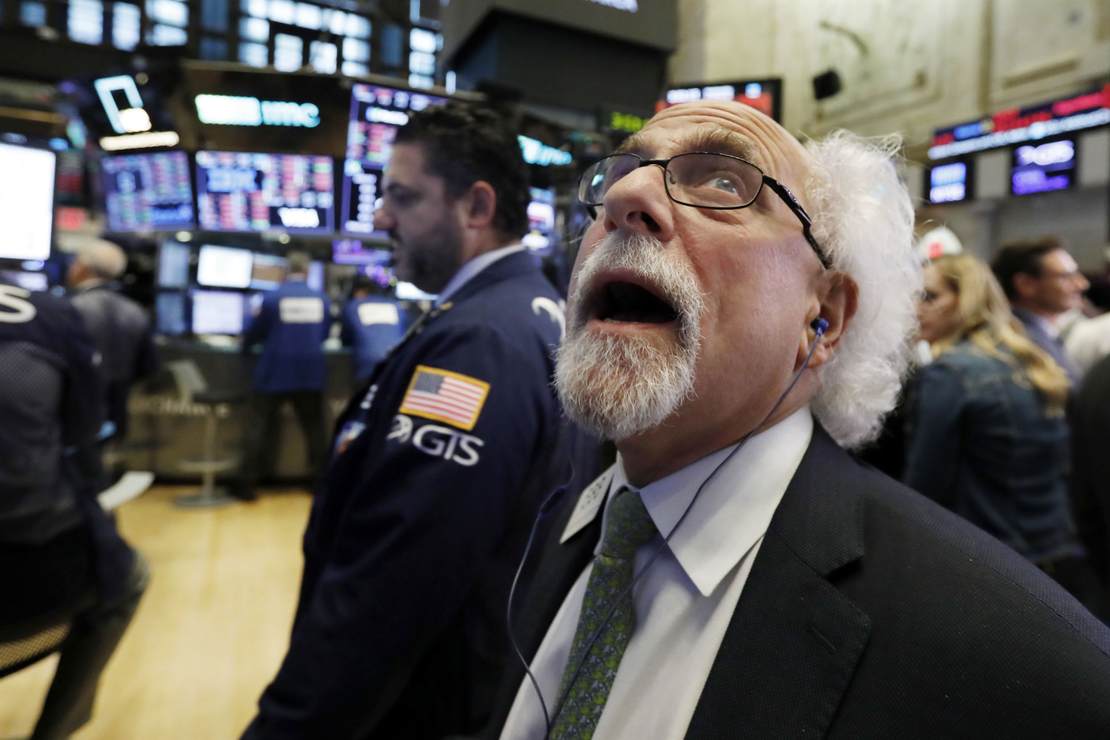 The stock market continued its roller-coaster ride with the Dow plunging two percent on Monday alone. This leaves the index at its lowest point of the year, off almost 12 percent, while the Nasdaq Composite fared even worse, diving 4.3 percent. Thanks, Bidenflation.

The stock market is tanking again today, meaning we are rapidly approaching the stock market turning negative for the 18 months Joe Biden has been in office. It’s truly remarkable how Biden is failing on every possible issue simultaneously. I’ve never seen anything like it.

Tech and energy stocks fared the worst, according to the Wall Street Journal. They explain the causes:

Markets have been shaken this year by a flurry of investor worries. Inflation is running at its fastest pace in decades. That has forced the Federal Reserve to kick off what economists anticipate will be its most aggressive monetary policy tightening campaign since the 1980s. Investors are questioning whether the Fed will be able to pull off its planned course of interest-rate increases and cuts to its balance sheet without tipping the economy into recession.

Sky News was a bit more succinct, writing that “a toxic cocktail of worries” has investors spooked.

There are also growing worries that the inflation problem – made worse by Russia’s invasion of Ukraine – will result in recession for major economies as the Bank of England warned, last Thursday, was a growing risk for the UK.

Cryptocurrency Bitcoin, meanwhile, has lost almost 60 percent of its value since its all-time high in November, dropping almost 15 percent on Monday alone.

Many say, “Who cares? I’m not an investor and I don’t own stocks.” I’ve heard the phrase, “It only matters to billionaires,” but that’s not true. CNBC explains that the stock market affects the little guy too:

In today’s environment, the notion that the stock market isn’t the economy doesn’t hold up anymore https://t.co/8pfdRtR0YE

Due to a number of factors, the fates of Wall Street and Main Street have never been so intertwined.The share of household wealth that comes from directly or indirectly held stocks hit a record 41.9%, more than double where it was 30 years ago….

With household ownership of stocks scaling new heights and the destiny of companies — particularly in the innovative tech sector — tied to their share prices, the fates of Wall Street and Main Street have never been so intertwined.

More importantly, however, is the argument that markets are an indicator of economic health, and a possible predictor of gross domestic product (GDP). Explains Investopedia:

We could go on with other numbers and economic arguments, but the main thrust is that if the markets crash, it’s bad for billionaires—but it’s also bad for you. If you lived through 2008, you know what I’m talking about.

Biden has, of course, been gaslighting us on how great the economy is under his watch, but the numbers tell otherwise, as we’ve reported: The GDP shrank 1.4 percent in the 1st quarter; inflation is at 8.5 percent, the highest since 1981. And so on.

Biden might think his economy is all that, but investors clearly don’t. That’s not good for any of us.

Relationship guides interface outsiders in light of who has all the earmarks of being an ideal fit on paper...
- Advertisement -

President Biden has made a U-turn over his call for regime change in Russia following the invasion of Ukraine...

President Biden has made a U-turn over his call...
News

A Harry Potter fan theory might explain how the...
News

The mother of the 18-year-old who shot and killed...
- Advertisement -