A dash of fish sauce will rescue a ‘not particularly tasty’ dish while a simple squeeze of lemon is the key to boosting a ‘flat’ meal, Masterchef Australia star Adam Liaw has claimed.

The celebrity chef shared his top cooking hacks for fixing a dish that ‘isn’t quite right’, and it all comes down to how and when you season your food.

Adam said nearly every cooking error is fixable, except if you burn or overcook something, rendering it inedible. 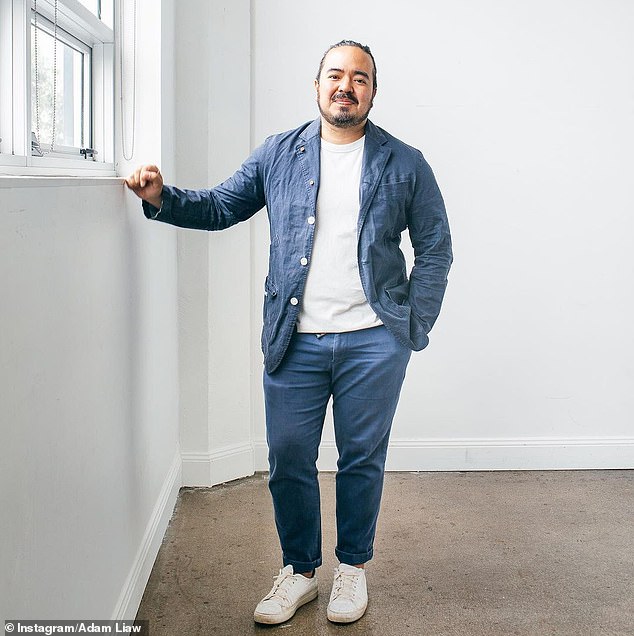 A dash of fish sauce will rescue a ‘not particularly tasty’ dish and pouring in some pasta water will make a meal instantly less watery, Masterchef Australia star Adam Liaw (pictured) has claimed 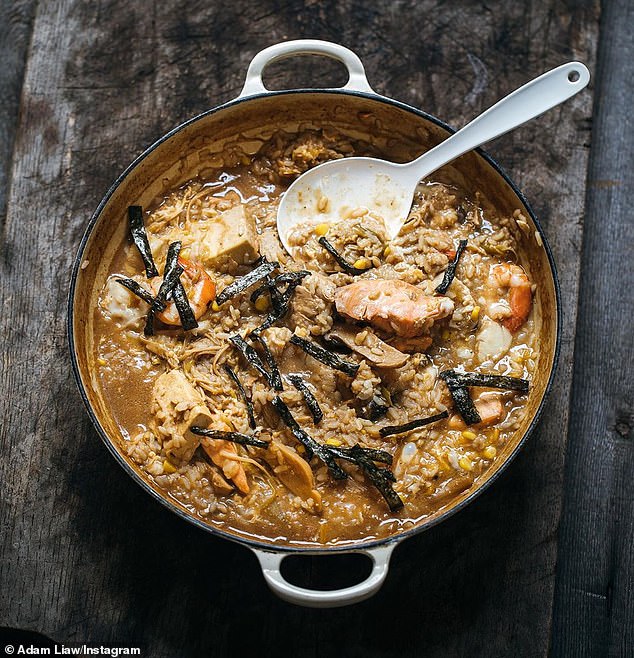 If you’ve made a dish that just doesn’t taste all that delicious, chances are it is lacking in some form of salt; for this Adam recommends adding a little fish sauce (pictured)

1. FIX SOMETHING THAT DOESN’T TASTE GOOD WITH FISH SAUCE

If you’ve made a dish that just doesn’t taste all that delicious, chances are it is lacking in some form of salt.

‘Taking a leaf from Thai cooking, where a dash of fish sauce can be added at any point up to and including at the table, try adding a touch of fish sauce or soy to a liquid-y dish that isn’t quite tasty enough,’ Adam wrote in a column for Good Food.

Take care not to add too much fish sauce or you risk the meal tasting ‘fishy’.

Failing fish sauce, Adam said anything umami-based like soy sauce will work in a pinch. 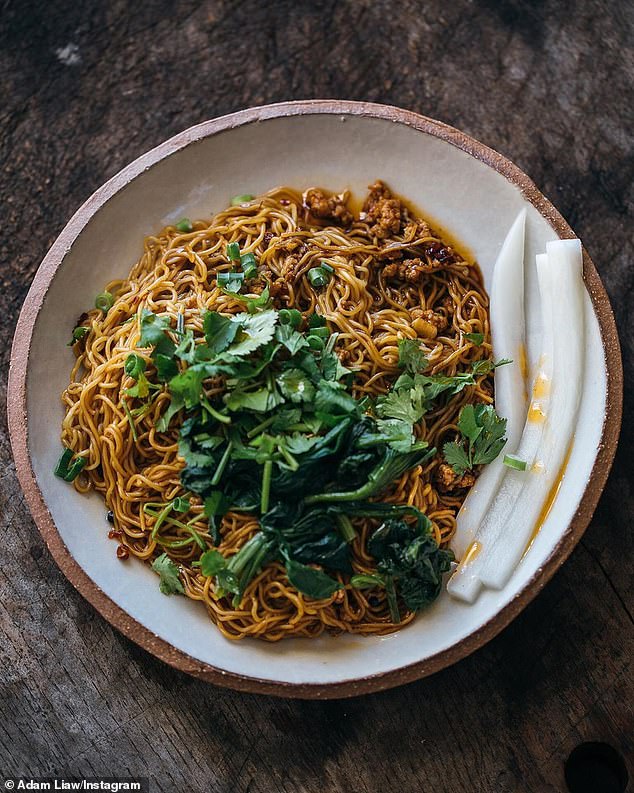 When a dish is too watery, it can often ruin the delicate flavours you’ve worked so hard to create; with pasta, add some of the pasta water to make it more starchy (pictured)

2. RESCUE A WATERY DISH WITH CORNFLOUR OR PASTA WATER

When a dish is too watery, it can often ruin the delicate flavours you’ve worked so hard to create.

But a little pasta water poured into a pasta dish can quickly and easily thicken up the sauce, thanks to the sheer volume of starch that can be found inside the water.

If you’re making stir fry and it’s got too watery, Adam recommends a little corn flour to boost your meal.

3. BOOST A FLAT DISH WITH HERBS

A dish that is described as ‘flat’ is a common occurrence for many trying their hand in the kitchen.

But it’s simply fixed with a garnish or herb or condiment.

‘Think a squeeze of lemon to a salad or roast, a dash of vinegar into a stew, or even a sprinkling of fresh herbs or a grind of pepper,’ Adam said.

These tiny flavour enhancers ‘bring life back’ to a dull dish, he added. 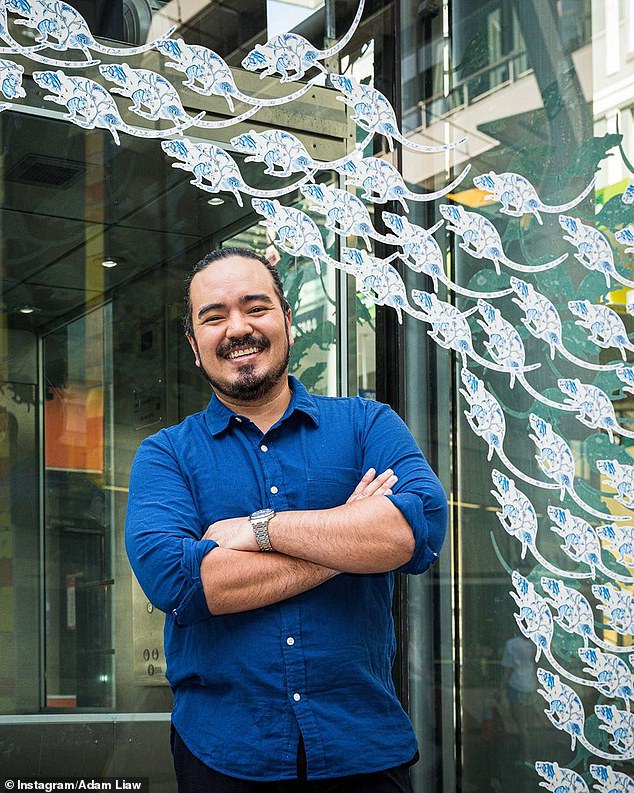 For a dish that needs to be made richer, Adam (pictured) recommends spices along with some ghee as this helps to enhance the flavour

4. MAKE A DISH RICHER WITH SPICES

For a dish that needs to be made richer, Adam recommends spices along with some ghee.

‘[For foods from the Indian subcontinent], spices are often flashed in hot ghee or oil before they are added to a braised curry or stew,’ Adam said.

The reason why this works is because both together add richness and some layered flavour.

In Lebanon, Turky and the Middle East, Adam said they also fry nuts in butter or ghee, as this has a similar effect.

LONDON — Uber is raising its prices in London by 10% on Thursday as part of an effort to attract more drivers to the platform, marking the biggest price increase in the U.K. capital since 2017. It is also increasing the price of an airport journey during peak times by 25%. Ride-hailing apps have been… 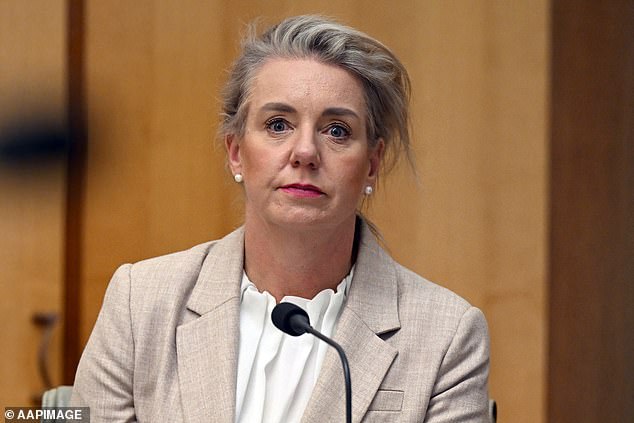 A Labor senator says an outburst calling a female colleague a ‘naughty little girl’ was out of order and apologised for the remark. A frustrated Glenn Sterle levelled the comment against Nationals senator Bridget McKenzie after a regional inquiry grew rowdy. ‘Senator McKenzie, do you always have to have the last word … like a… 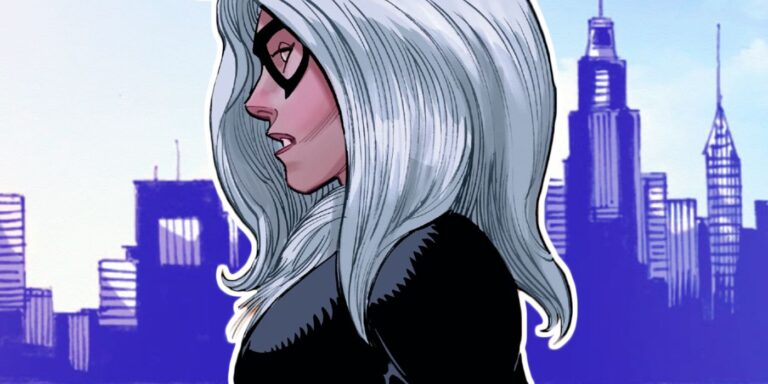 The following contains spoilers for Amazing Spider-Man #900, now on sale from Marvel Comics Black Cat and Spider-Man’s romance has always been a unique benchmark in Spider-Man’s life. While his charming nobility and heroism have attracted plenty of potential suitors, Black Cat has remained a source of friendship and temptation for years, even when things…

Euro 2020: Daily briefing Scotland play Czech Republic at Hampden Park this afternoon in the hosts’ first game at a major men’s tournament in 23 years. The headline team news for Steve Clarke’s side saw Kieran Tierney of Arsenal miss out on the matchday squad. Liverpool defender Andrew Robertson captained the side from left wing-back….

A Democratic Texas state Senator has said “we’re all angry” over the police response to the Robb Elementary School shooting in which 19 children and two teachers were killed. He spoke with Steve McCraw, the director of the Texas Department of Public Safety, on Saturday. Mr Gutierrez said Mr McCraw told him that there would…