McConnell Says GOP Will Not Vote to Raise Debt Limit 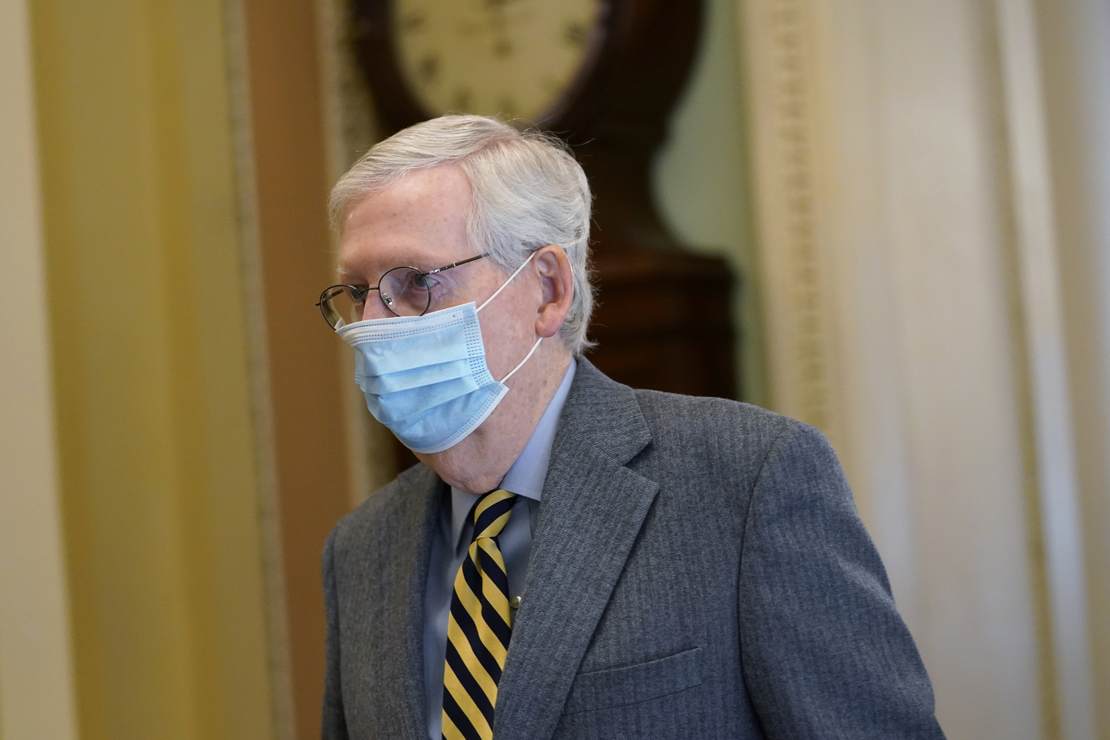 Senate Minority Leader Mitch McConnell said in an interview on Wednesday that Republicans in the Senate will refuse to vote to raise the nation’s debt limit.

“I can’t imagine there will be a single Republican voting to raise the debt ceiling after what we’ve been experiencing,” McConnell said in an interview with Punchbowl News.

What we’ve been experiencing is $6.4 trillion in additional spending added to the debt since 2019 when Donald Trump suspended the debt limit for two years. The suspension runs out on July 31, and unless Congress approves an increase before then, the U.S. government will be in “technical” default. The national debt increased from $22 trillion in 2019 to $28.5 trillion today

McConnell wants the Democrats to walk the plank on this one and he could easily get his wish. There are a lot of Democrats in Congress who want a bipartisan vote to raise the debt limit to deflect the wrath of the voters. They’re not going to get it.

But despite the expiration of the suspension at the end of the month, Senate Minority Leader Mitch McConnell signaled Republicans would not be amenable to raising or suspending the debt ceiling because of what he referred to as “free-for-all for taxes and spending” favored by Democrats, who are working on a $3.5 trillion “human” infrastructure bill.

“I can’t imagine there will be a single Republican voting to raise the debt ceiling after what we’ve been experiencing,” McConnell told Punchbowl News on Tuesday night. He said he thinks the answer is to put the provision to raise the debt limit in the reconciliation measure, which is also the vehicle for the Democrats’ bill.

“This debt is Trump debt,” Schumer said. “It’s Covid debt. Democrats joined three times during the Trump administration to do the responsible thing and the bottom line is that Leader McConnell should not be playing political games with the full faith and credit of the United States. Americans pay their debts.”

Americans may pay their debts but the American government is full of deadbeats.

Adding the debt ceiling rise to the Democrats’ $3.5 trillion reconciliation bill would absolve Republicans of responsibility for the vote since they weren’t planning on voting for it anyway. It takes a special kind of dumb to vote to spend money and then refuse to support the mechanism to pay for it.

When Democrats were in the minority, they played their own political games with the debt limit vote, so to hear them caterwaul now rings a little hollow.

There’s still time to negotiate some kind of quid pro quo, but McConnell is in full obstruction mode and doesn’t want anything from the Democrats badly enough that he’d give up his leverage on the debt limit.

The Congressional Budget Office released guidance Wednesday that if the Treasury Department takes “extraordinary measures,” Congress will likely have until October or November before lawmakers would absolutely have to take action to prevent the country from going into default.

That gives Democrats some time to figure out their next steps. Democrats could include the debt ceiling increase in their budget reconciliation bill currently being debated, multiple sources tell CNN.

Needless to say, the U.S. government won’t go broke, although Biden and the Democrats will pretend it will by closing agencies, furloughing government workers, and turning off the lights in government buildings. It’s a drama we’ve seen before several times that will eventually get worked out.

The brother of the man who murdered British schoolgirl Danielle Jones in 2001 says he never doubted his guilt...
News

Tokyo Olympics: TEAM GB ROUND UP: All the latest from our stars in Japan